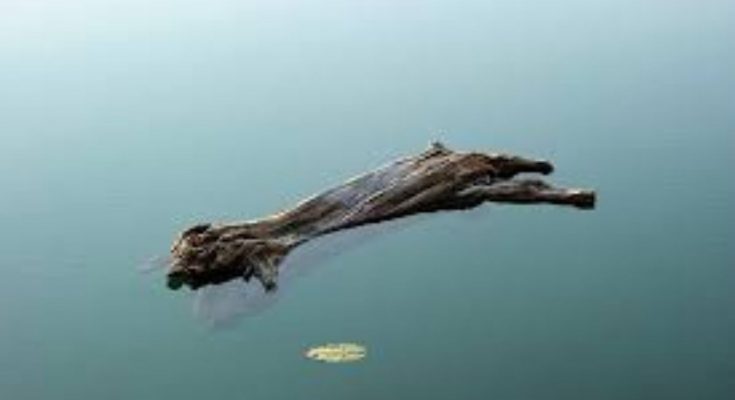 Millions felt the repelling force of the water, but Archimedes asked why. Just like yours, it was his curiosity that started at a young age and ended at the principle of buoyancy.

So, why does wood float on water? Wood floats on water because the density of wood is lesser than that of water. The buoyant force acting upon wood in the upward direction is more than the weight of water displaced from wood that keeps it floating on the water.

No worries, this article will for sure feed your curiosity with satisfaction; let’s plunge into it.

Contents show
Archimedes Principle
What is Buoyant Force?
Factors that determine whether an object will float or sink in water
Why can wood float on water and not iron?
Difference between Weight and Density
Why doesn’t fish sink or float?
Why does some wood sink in water?
The density of Saltwater vs. Fresh Water
Conclusion

The Archimedes Principle, or the law of buoyancy, was first discovered by Archimedes. The law of buoyancy states that at rest, anybody wholly or partially submerged in a fluid (gas or liquid) is acted on by an upward, or buoyant, force whose magnitude is equal to the weight of the fluid displaced by the body.

The volume of displaced fluid is equal to the volume of an object entirely immersed in a fluid or a proportion of the volume below the surface of a partially submerged object in a liquid. Therefore, the buoyant force is the weight of the displaced amount of fluid.

However, due to this equality of magnitude, the object floating neither rises nor sinks in the fluid until any other changes in the molecules occur.

For instance, let us take the example of a boat. The boat is made of wood, and it’s generally lightweight. So, the buoyant force applied to it is less but sufficient to keep it floating. So when a boat is on the water, it doesn’t sink due to this upward and opposite force.

What is Buoyant Force?

A large number of different things float on water. Regardless of the shape and robustness of the body. Be it a round-headed octopus or a slim trim sea horse. So what determines whether something sinks or floats? The answer is the buoyant force.

When an object is on water, two forces come into play, the first is the force of buoyancy, and the second is gravity. Gravity acts in the downward direction due to the weight of the object. Buoyancy acts oppositely in an upward direction.

On the other side, if the water dislocated by the object is lesser than its weight, then the gravity acting will be more than the force of buoyancy, the object will sink. 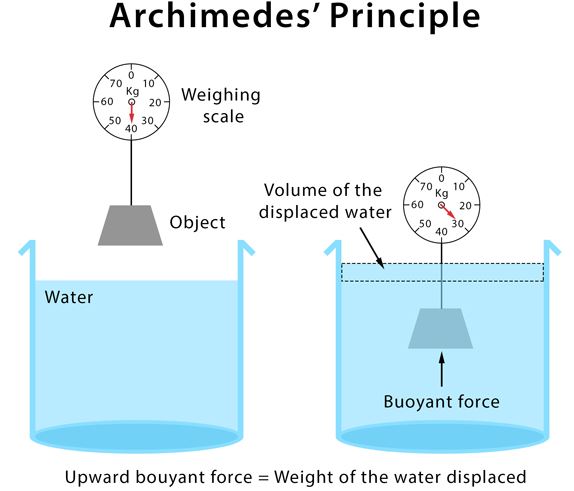 It’s just one thing, and that is the density of the object in comparison to water. An object’s mass or volume determines its density. However, if two objects possess the same volume, then the object with greater mass will have a higher density.

So do not mistake density with heaviness or weight.

Why can wood float on water and not iron? 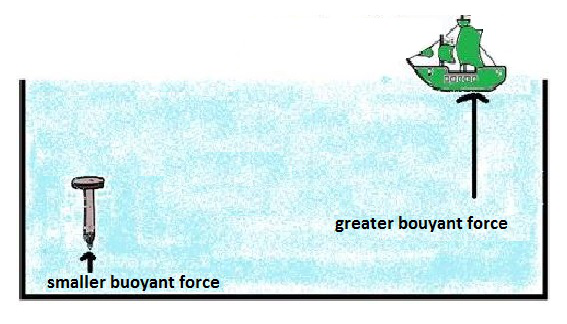 Here, the density of an object is compared with the density of the same amount of water. They must be equal for an accurate or true comparison. For example – a ship seems so much heavier and denser than water but yet manages to float.

This is because the ship has a large surface area; it is filled with air which makes it less dense when compared to an equal amount of water. But when we look at an iron pin sinks in water.

Why? Because the density of iron nails is greater than that of water. The weight of water displaced by an iron pin is less than its weight; therefore, it submerges.

Difference between Weight and Density

It is very important to understand that when we talk of buoyant force, we must have zero confusion about the weight or heaviness, and density of an object. The weight of an object is related to its mass and gravity. Density, on the other hand, is associated with the mass and volume of the object.

Recall the example of the ship mentioned above. You might wonder, why do a boat floats and iron nails sink even though iron nail is lighter, whereas a boat is weighed in tons. Floating or sinking depends on the amount of water displaced by the object.

The water displaced by an object, be it a ship, boat, or an iron nail, must be greater than its weight to avoid sinking or submerging in water.

This water displaced by an object applies a buoyant force on it in an upward direction. This is why you can enjoy all the boat rides and sea voyages.

Why doesn’t fish sink or float?

The ravishing sea creatures are blessed with a special gift of being buoyancy neutral. There is a scientific elucidation for this. Fishes are faintly denser than seawater in which they play and swim.

The neutral buoyant force means that the force applied to fish by water and vice-versa are almost equal. Equal enough for the fish to swim without having to put any effort.

Be it a tiny fish like Nemo or a giant blue whale; the same principle applies to all sea creatures.

Why does some wood sink in water? 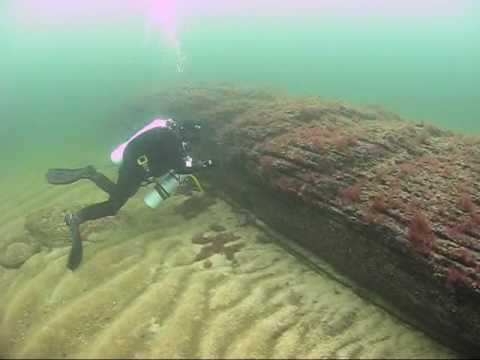 This is again due to the density; wood with a density greater than water will sink in no time. So why does this happen to some wood? There are a number of things that can change the weight of the wood. Nothing in the universe remains the same; change is a constant.

So, wood can get damp due to water, get infested by insects, have other things attached to it. These factors will make it sink.

On the contrary, wood that has more holes or gap. In simpler words, a more porous wood is more likely to float on water.

The density of Saltwater vs. Fresh Water 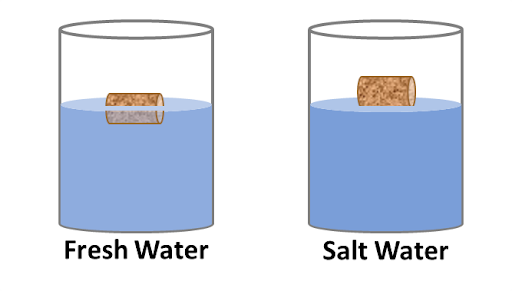 The density of salt water or seawater is greater than the density of freshwater of the same amount. This is due to the salt (sodium chloride) dissolved in seawater that makes it denser.

As a result, the buoyant force applied by seawater is greater. That is why the ships float a bit deeper in freshwater as compared to saltwater. Are you also wondering if it is easier to swim in seawater?

The answer is yes.

Now you must have an unclouded idea of why does wood floats on water. It was Archimedes’s interest that was born in his bathtub while bathing. He was so fascinated by the force of buoyancy. So he came up with the Archimedes principle, which simply means that an object, when immersed in water, displaces some water and experiences a buoyant force equal to the water displaced by the body.

Also, there is an important and interesting fact that water is the only liquid that provides buoyancy to objects. On this principle, we have successfully made boats, ships, and submarines. The buoyant force is more or less the same as the gravity; it’s just in the opposite direction.

Who would have thought that a ship weighing thousand tons will float so smoothly on water? Of course, it still feels a little weird that a tiny iron nail sinks, but a giant boat doesn’t. But now you know why!