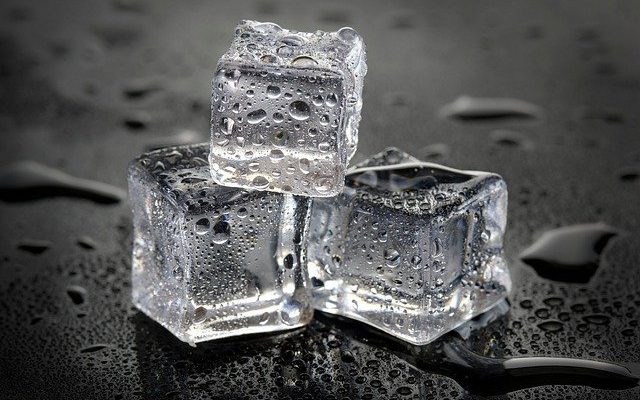 Salt is a mineral that is composed of Sodium chloride and is crystalline in its natural form. It is one of the most essential minerals for humans to maintain health and many other purposes. Among the many purposes, it is used to melt ice and make ice colder. But how does it make ice colder?

So, why does salt make ice colder? Salt makes ice colder because salt forms a thin layer on ice and saltwater has a lower freezing point than water due to which the freezing point of ice reduces from 0° C to -2° C. Therefore, ice becomes colder by adding salt to it.

Let us study the core reasons for saltwater getting colder in detail.

Salt is used on the roads to melt the snow and also to reduce their refreezing. On the other hand, adding salt to ice cubes in coolers can keep the beverages cold.

Both seem to be contradicting, but to understand how and why does saltwater freezes slower, one should know the relationship between the physical states of water (ice, liquid, and vapor) and temperature.

When the water is boiled, the molecules within it move fast and eventually produce steam. The same water when cooled to a low temperature will not have enough molecular movement and that leads to freezing.

When salt is added to ice water, the temperature changes from the freezing (0 °C or 32 °F) to as low as -21 °C or -5 °F as the ice cubes have a film of water on the outer surface. When the ice melts, the saltwater becomes very cold.

That is because the salt depresses the water (freezing point depression) to make it colder than its normal freezing point.

Working of the Freezing Point Depression

The freezing point of depression happens due to the colligative property. In this, the substance’s chemical identity is immaterial in freezing only the number of particles that are formed is important.

To further understand why adding salt makes ice colder it is important to know how melting and freezing happens in different physical states of water. Almost all liquids on cooling shrink as the molecules move slower.

Also, there is a greater intermolecular force when cooled which draws the molecules closer together. On reaching freezing temperature, the liquid turns into a solid.

One of the exceptions to this is water, when water is cooled it contract until it reaches around 4°C. After that, it slightly expands until its freezing point.

This behavior is due to the molecular structure of water where a network of hydrogen bonds is formed. The bonding gets stronger as the temperature gets reduced.

Now to break the hydrogen bond, ice must absorb heat from the environment to aid in turning it into a liquid.

Water releases heat when it becomes ice. Both ice and water are in equilibrium at the freezing point, which means energy let out by ice when it melts = energy absorbed by water at freezing.

When you add salt, the freezing point reduces, ice melts into water and absorbs heat but does refreeze and release heat. This results in a drop in temperature making ice colder.

Salt when dissolved in water, breaks into two ions, Na and Cl. These get filled between the water molecules making the crystalization of ice harder. So to make it refreeze, the temperature has to be colder.

Why Salt is used for Melting Ice and Making Ice Colder? 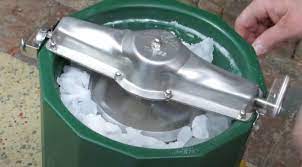 Ever wondered why do we salt roads in the winter? It is due to the property of lower freezing point of water in salt, it keeps the roads safe during the winters. When it snows or when there is a snow event, a layer of salt is spread on the road.

This makes the snowmelt rather than freeze and thus the road becomes wet and not icy. Occasionally, different types of salt like magnesium chloride and calcium chloride other than rock salt are used to melt snow at a lower temperature so used in extremely cold places.

Another classic use of salt, especially crystal salt is in making ice cream at home using an ice cream maker. The ice bath of the canister is filled with ice and salt and cream is rotated in the canister which can help the cream freeze. If no salt is added it can only reach the freezing point i.e 0°C.

When salt is added to the ice bath, the cream freezes quicker. That is because salt comes in contact with the outer surface of the ice and dissolves in water. Since salt freezes at a lower temperature, the ice bath gets colder and freezes the cream quickly.

It is also found that instead of using solid ice cubes, crushed ice offers faster cooling. It is because salt will get more surface area to get dissolved and that results in quicker melting. So, in place of using large cubes, the use of crushed ice makes the process of ice cream making quicker.

Applying the salt phenomenon to coolers is another common use of salt. It can be used to chill the beverage fast and also keep it cold. To chill faster, the surface of the bottle should be in contact with ice.

When you add saltwater to it, a salt-water-ice bath is created in the cooler. The ice will cool the drink in the cooler and the salt will reduce the temperature to below freezing.

However, when no salt is added and only water and ice are used, the beverage gets cold but does not remain so for longer when compared to adding salt.

On the other hand, if you use only ice, the beverage will not chill fast as the chilling agent (ice) does not completely touch the surface of the beverage can.

The salt will melt the ice and the water will be cold that results in the drink remaining cold for a longer time.

Saltwater ice is made by mixing regular water and salt brine. This is then frozen in temperature below freezing point.

The major difference is when the ice is partially melted, saltwater is colder. Interestingly, saltwater does not reduce the boiling temperature even though it lowers the freezing point. 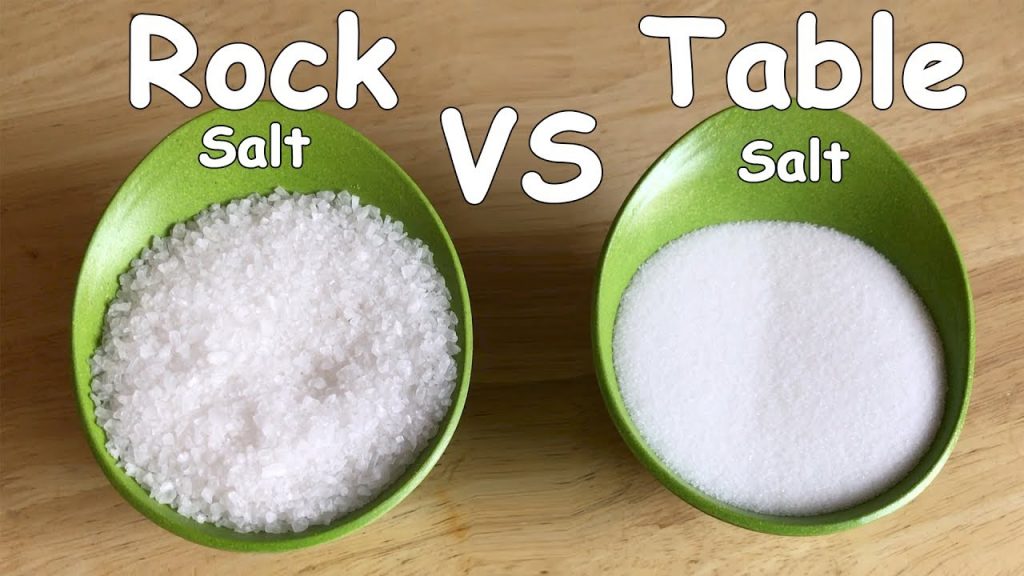 However, the main difference is that the granules of the rock salt are larger when compared to table salt.

If this process of stripping all the ions takes longer, the water freezes before the salt is dissolved. Also, rock salt has many insoluble impurities which can get into the solution, and depending on the number of impurities, there is less salt available.

However, rock salt is used more as it is inexpensive and also easily available, so popularly used for melting ice or using it to make ice cream.

Effect of the freezing point of water with salt concentration

The below diagram shows the effect of the freezing point of water with the concentration of salt added to it.

Notice the line in the above image denoting the more salt added into the solution till 23.3% concentration of salt, the lower the freezing point reaches. 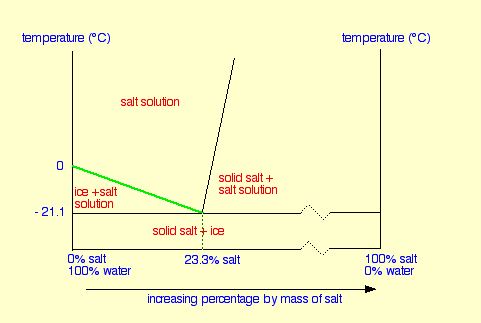 To conclude, when you add salt to a mixture of ice and water, ice melts by depressing the freezing point. Unlike water which releases heat, salt absorbs heat, and hence the whole mixture gets colder.