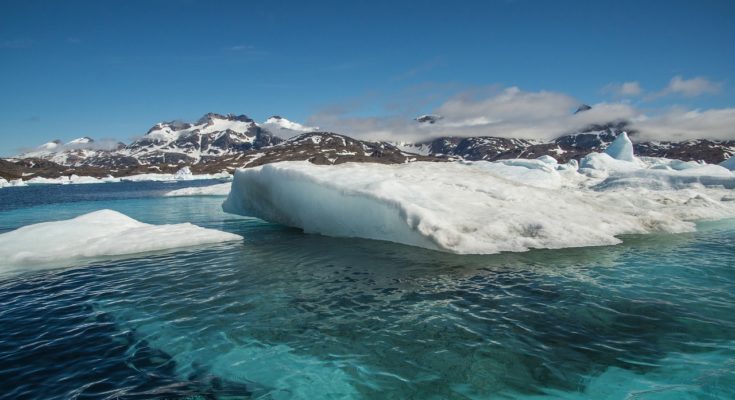 When water is set to the temperature below to zero degrees celsius, it gets frozen. Basically, Ice is a crystalline form of water. And when we put ice in water, ice floats on water but why does it happen?

So, why does ice float on water? Although ice is a solid form of water, ice is lighter than water because the ice is less dense than water. The hydrogen bonds in ice are more stable and locked with a large number of empty spaces between them due to which density of molecules decreases. Whereas, in liquid, molecules are more tightly packed to each other due to which its density is higher than ice.

At room temperature, the water molecules are loosely connected to each other and allowed to move freely. This is the liquid state of water in which it can flow freely.

And when the temperature approaches the boiling point of water, the bonds formed in the molecule of water(H2O) start breaking and get converted to a gaseous state in the form of vapors. With the variation in temperature, the state and chemical properties of water change.

The density of water and ice 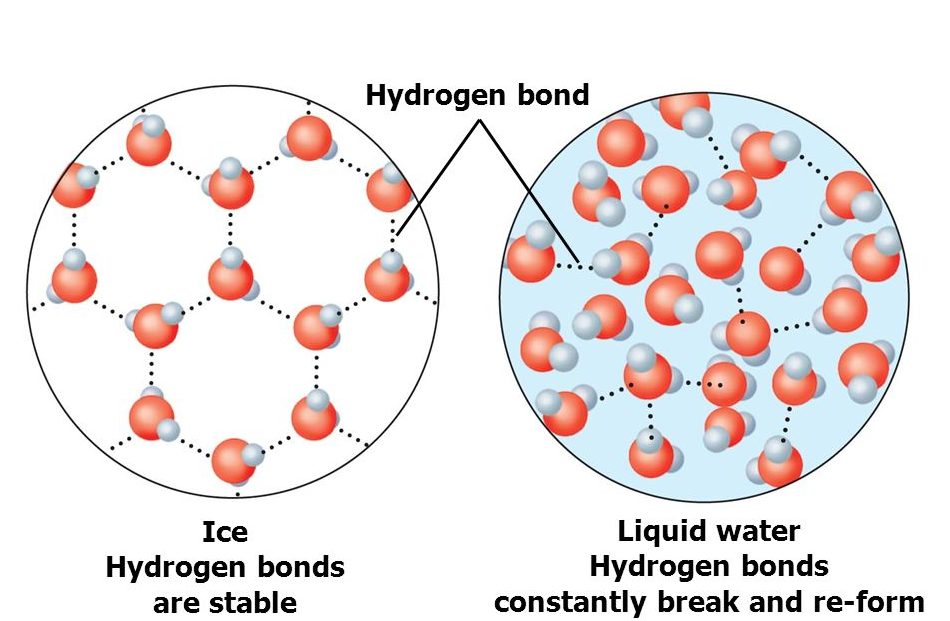 In the world of chemistry, there are many anomalies. One such anomaly is the density of ice. Usually, on solidification of liquids, the molecules come closer to each other due to a decrease in the kinetic energy. Molecules get tightly packed to each other which in return increases the density of water.

But in the case of water, the hydrogen bonds are oriented in such a way that they get pushed farther from each other leaving empty space in between them due to which the density of ice is lesser than the density of water.

Why does ice float on water?

For example, when oil is spilled on water, it spreads on the surface of water exposed to the air. This is because the density of the oil is lesser than the density of water. Oil is lighter than water.

Basically, in the case of oil, the molecules of oil are larger than molecules of water due to which oil molecules are not tightly packed as water molecules. Therefore, density of oil comes out to be lesser than that of water.

Therefore similar to the oil-water case, the ice cubes float over the water.

Hydrogen bonding in the water molecule

Water molecules are linked to each other via hydrogen bonding. As we know that in a water molecule, the hydrogen-oxygen covalent bond is polar in nature. Oxygen is more electronegative than the hydrogen atom that creates a polarity between the bond formed between them.

The hydrogen atom has a partial positive charge on it whereas oxygen has a partial negative charge. It is a polar molecule because of its polar covalent bond and its bent shape.

The geometry of the water molecule is the tetrahedron.  Also, we know that oxygen has two lone pairs in the H2O molecule. Therefore, it is also important to know that lone pair-lone pair repulsion is more than a bond pair-bond pair repulsion. Due to this, the shape is bent.

The hydrogen bond is defined as the intermolecular forces of attraction between the hydrogen atom of one molecule with the greater or smaller electronegative atom of another molecule.

Generally, Hydrogen bonding occurs in the molecules where hydrogen is covalently bonded with only these atoms (oxygen, fluorine, nitrogen). This is because these atoms are more electronegative than hydrogen.

Science students should also know the fact that many molecules having the same molecular mass as of water, exists as gases at room temperature. But due to hydrogen bonding in water, they are still condensed as in the liquid state.

Why the volume of ice is greater than water?

At high school, this experiment is usually performed for analysis of the difference in density of water in liquid and in crystal form.

Conclusion: Why Does Ice Float on Water?

The ice is lighter than the water because the density of ice is lesser than that of water. This is mainly because of the hydrogen bonding present in the molecules of water. These bondings leave behind the larger amount of empty space due to which density decreases.