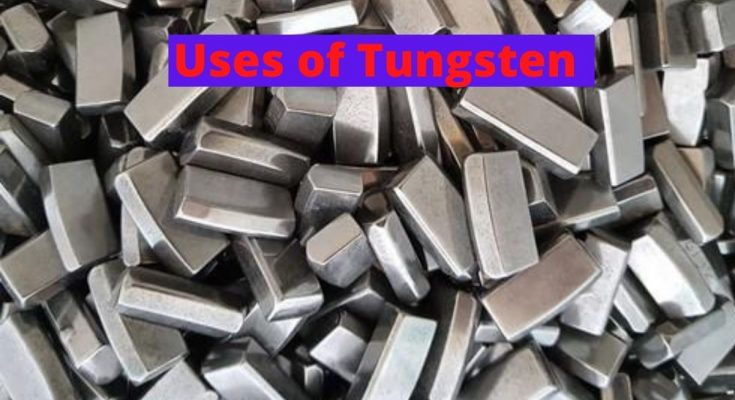 Have you heard of a metal that is naturally resistant to corrosion and chemicals?

Do you know which metal has the highest melting point out of all?

Is there a metal that is almost as hard and tough as a diamond?

Still, trying to guess the answer?

Let me help you out. It is Tungsten.

Tungsten is a rarely found, hard but brittle metal that was first identified in 1781.

It is grayish in color and is especially known for its robustness. It has the atomic number 74 and is denoted by the atomic symbol W, which is derived from its other name Wolfram.

Tungsten has the highest melting and boiling point out of all the elements, and a very high tensile strength.

In terms of hardness, it has a value between 8 and 9 on the Mohs hardness scale, which is just less than diamond (hardness value 10). This makes tungsten the second hardest thing in the world.

It is hard but brittle in nature making it difficult to work with. However, the pure single crystalline form of this metal can be cut using a hacksaw due to its ductility. Also, its ductility can be enhanced by working at higher temperatures.

Tungsten also occurs in some forms of bacteria and archaebacteria as a part of biomolecules and is known to be the only transition metal element to do so. However, it is toxic to most other life forms as it interferes with molybdenum and copper metabolism.

Hello there!! I hope the introduction was enough to give a glimpse of this amazing element.

Do you want to learn further about this astonishing element?

This wonderful element has similarly amazing properties. It belongs to group 6 and period 6 of the Periodic table and is a member of d-block elements. It occurs as a lustrous solid material under standard temperature and pressure.

More important properties of Tungsten are mentioned in the table given below:

Now, we have covered the important properties of Tungsten. We can move on to study the uses that make it so important as a metal.

Tungsten has a wide range of applications in a number of fields.

A number of industries utilize tungsten for the manufacturing or finishing of their goods.

It is one of the hardest carbides and also, an efficient electrical conductor. It is used for making knives, saws, drills, etc. especially for cutting carbide themselves.

It is also used for making wear-resistant abrasives, and milling and turning tools. 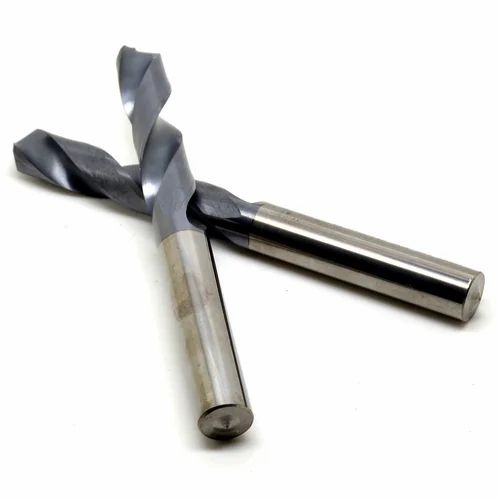 Sintered tungsten carbide is used in making jewelry, especially rings that are extremely resistant to abrasion and maintain the finish and luster for quite a long time, even better than metallic tungsten.

However, as tungsten carbide is brittle these rings may crack under the influence of a sharp force.

Metallic tungsten, although not as hard as tungsten carbide, is hypoallergenic and is used for making rings having a brushed finish and are resistant to scratching.

Owing to the similarity in the density of gold and tungsten, it is also used in counterfeiting gold bars by plating tungsten bars with gold.

Although other properties of these metals are different from each other, superficial testing is unable to detect the difference between them.

Tungsten, owing to its extreme hardness and efficient heat resistance, is combined with other elements to enhance its qualities.

Most of the tungsten produced is used for the manufacturing of tungsten steel. Some other tungsten alloys and their uses are mentioned below:

Tungsten alloys are used in aerospace and automotive industries for the purposes such as manufacturing rocket engine nozzles, turbine blades, etc. It is used for making alloys like high-speed steel, hastelloy, stellite, etc.

Owing to the great heat resistance capacity of tungsten, it is used in arc welding in combination with other conductive metals such as copper, silver, etc.

The conductivity here is achieved through combining conductive metal while tungsten is responsible for providing the strength to the welding rod to sustain high temperatures. 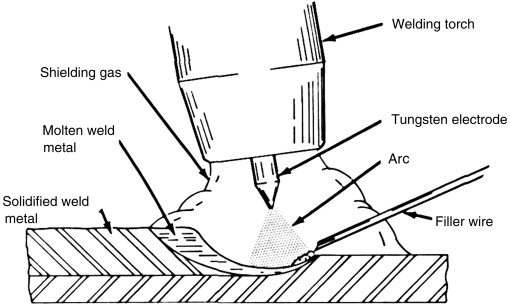 About 5.5 -7.0 % by weight quenched tungsten steel is used for making permanent magnets owing to its high remanence and coercivity.

A number of weapons, weapon holders, explosives, etc require tungsten for its strength, resistance, and other important properties.

A few important uses of tungsten in military equipment are given below:

At places where the radioactivity of uranium even in its depleted form may cause severe issues or where the pyrophoric properties of uranium are not required, nickel, iron, or copper are combined with tungsten to form heavy alloys.

These are used in the place of uranium in the Kinetic energy penetrators.

Dense inner metal explosives utilize tungsten in the form of dense powder to increase the lethality of the weapon.

Also, it is used in making grenades, shells, and missiles. It was even used by Germany in World War II for anti-tank guns.

Tungsten (IV) sulfide is used as a catalyst in the hydrodesulfurization reactions at many places, replacing Molybdenum disulfide (MoS2).

This improves the life of catalysts and also enhances their physical strength. These help in the formation of water and nitrogen out of nitrogen oxides.

Calcium and magnesium tungstates are utilized in making fluorescent lights.

Tungsten oxides are also used in making ceramic glazes. Chemical and tanning industries also make use of some tungsten salts.

The first use of tungsten in electronics is associated with the lamp filament. After this, it has been used in the manufacturing of several electronics. Some of them are listed below:

Appliances that require working at high temperatures such as vacuum tubes, cathode ray tubes, incandescent lamps, etc use tungsten owing to its high melting point and heat resistance. It enhances the overall strength of the appliances.

It is also used as an interconnect material in transistors, integrated circuits, etc.

Conventional wiring is also now being replaced by metallic films in which silicon coated with tungsten is used.

Tungsten is highly resistant to chemicals and is also conductive in nature. These properties make it suitable to be used in making electrodes, field emission guns, etc.

Due to its amazing shielding properties tungsten is used in gamma imaging and also for shielding from high-energy radioactive radiations. It is also a source of X-ray targets.

Although tungsten is brittle in itself, its ductility can be enhanced by working at high temperatures. Hence, fine tungsten wires, known as nanowires, have been manufactured using wire fabrication techniques.

These wires are produced from the bulk tungsten and their morphology is controlled using the thermal oxidation process.

These nanowires are used in gas sensors and as pH probes. They are a promising material in terms of nanoelectronics.

The erosion resistance capacity and the high melting point of tungsten make it a reliable candidate for the coating of the inner walls of the fusion nuclear reactors.

These walls are directly exposed to plasma and hence, encounter very high temperatures.

Tungsten owing to its high density is used in manufacturing weights. High-quality darts are manufactured by alloying tungsten with copper, nickel, or iron.

Nozzles of 3D printers are also made using tungsten as it improves the printing experience due to the thermal conductivity and wears resistance property of tungsten.

Tungsten is only found as a part of biomolecules in bacteria and archaebacteria. They are not found in eukaryotes and are even considered toxic for many life forms.

Tungsten is a very hard and resistant metal which is used for a variety of purposes such as aerospace, military equipment, electronics, nuclear reactors, chemistry, etc.

That’s it for tungsten this time. For more science fun and knowledge keep visiting.