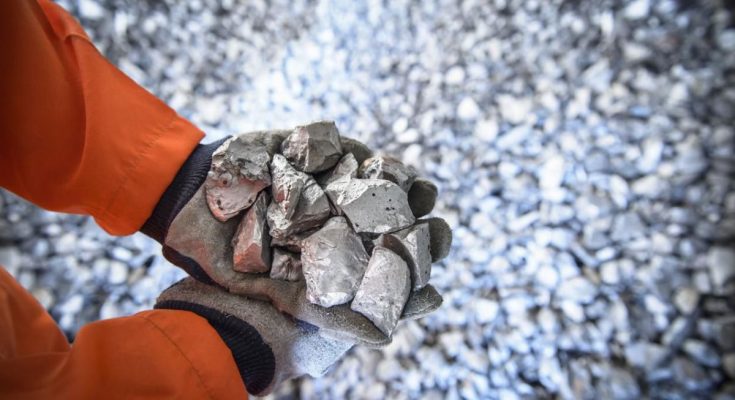 Can you name the metal that is naturally resistant to corrosion? This metal has a very high strength-to-weight ratio and is twice as strong as aluminum.

Another hint, owing to its high corrosion resistance and good hard tissue compatibility this metal is also used for making medical transplants.

I hope you have guessed the answer by now. Yes, we are talking about “Titanium”.

It was originally called manaccanite as it was discovered in a village named Manaccan located in the South Cornwall of the United Kingdom by William Gregor, in 1791.

However, it was later independently discovered by German chemist Martin Heinrich Klaproth, in 1795. He named it Titanium, for the Titans of Greek mythology.

Finally, titanium in its pure form was isolated by metallurgist Matthew Hunter of Schenectady, New York, in 1910. He continued with the name given by Klaproth.

In the earth’s crust, it occurs within mineral deposits in combination with other elements. The two major mineral ores carrying titanium are rutile and ilmenite.

On earth, most titanium is found in volcanic rocks. It also occurs naturally on the sun and stars, moon and meteors, in seawater, in plants, and in the human body.

One of the significant characteristics of titanium is its extremely high strength-to-density ratio. It is 60% denser than and twice as strong as aluminum. Similarly, it is 45% lighter than steel but has almost the same strength.

Titanium is a non-magnetic element and unlike other metals, it is not a good conductor of heat and electricity. However, when cooled below its critical temperature i.e. 0.49K, it behaves as a superconductor.

Isn’t this element amazing? So are you guys excited to know more about this fascinating metal?

Well, we are equally excited to share the details. In this article, we will discuss everything you want to know about titanium.

Titanium is a transition metal element. It occurs in solid form at standard temperature and pressure.

It is a very strong metal that has quite a low density. Like other metals, it is also ductile and lustrous. It is metallic-white in appearance. It has a very high melting point due to which it is used as a refractory metal.

Titanium prepared for commercial purposes is around 99.2% pure. It has a very high tensile strength of around 434 MPa (63,000 psi) which is equal to low-grade steel alloys.

However, when titanium is heated above 430 °C (i.e. 806 °F), it loses its strength. It is a dimorphic allotrope of the hexagonal α form and tends to change into a body-centered cubic β form at a temperature of about 882 °C.

When exposed to air the outer layer of the metal oxidizes to form a non-porous passivation layer. It is a thin layer that protects the inner bulk metal from further oxidation.

A few important properties of titanium are listed in the table given below.

Now, that we have noted all the important properties of titanium we can move forward to discuss the important uses of this metal.

Titanium is used for a wide range of purposes such as commercial, medical, industrial, etc. In this section, we will study different uses of titanium.

Almost 95% of the total titanium produced across the globe is used in the manufacturing of titanium dioxide. TiO2 is a permanent pigment that is deep white. It is used in the preparation of paints, toothpaste, paper, and plastics. 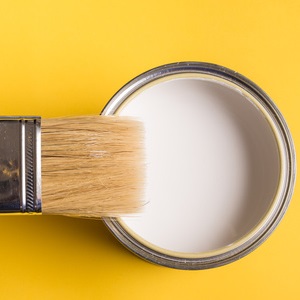 TiO2 is also used in making gemstones and cement, as well as an optical opacifier in paper. It also finds its use as a strengthening agent in making fishing rods and golf clubs that are composed of graphite.

Titanium is a highly resistant metal due to which even the pigments made using TiO2 are chemically inert and do not fade in sunlight.

The majority of household plastic products are made using chemicals that are brown or grayish in color. TiO2 imparts brilliant white color to these chemicals making them look more presentable and last longer.

The refractive index and extinction coefficient of titanium dioxide are 2.8736 and 0, respectively, at 632.8 nm. Also, the optical dispersion of TiO2 is higher than diamond. Due to these properties nanoparticles of TiO2 are used in making sunscreens.

These small particles absorb UV light while allowing the visible light to pass through. Thus, they create a transparent barrier that protects the skin from harmful UV radiation from the sun.

All these properties make titanium an invaluable metal in the aerospace and marine industry. Titanium is used in the manufacturing of aircraft, naval ships, space crafts, armor plating, and missiles. 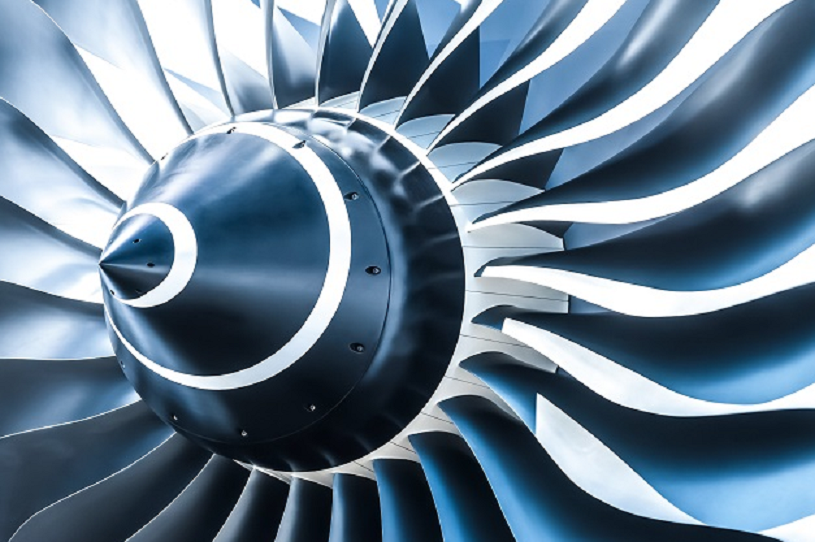 Titanium alloyed with aluminum, iron, zirconium, molybdenum, nickel, manganese, and other metals is used in the aerospace industry owing to its greatly increased strength.

Titanium is also used in making surveillance and monitoring devices that are deployed in the ocean.

Check out the article on does titanium rust.

This industry uses certain corrosive media such as sodium hypochlorite or wet chlorine gas. Titanium being corrosion resistant is used in making process equipment for the pulp and paper industry. 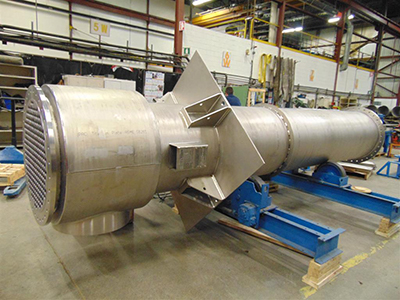 Titanium tetrachloride forms fumes in moist air due to which it is used to iridize glass. These glasses are used in making smoke screens.

Although titanium is very expensive for the general consumer market it is used in making automobiles, especially for motorcycle racing.

Titanium is an extremely durable, lightweight, and inert metal. Due to these properties, it is also used in manufacturing spectacle frames and equipment for backpackers such as cooking utensils, tent stakes, lanterns, etc.

The titanium also finds its use in making horseshoes that are lighter and more durable in comparison to normal steel-made horseshoes.

Due to its inert and non-allergic nature titanium is used in making jewelry. The titanium-made engagement rings are quite popular these days. Moreover, this jewelry does not corrode and is suitable to be worn in swimming pools or even in seawater.

Titanium is strong and dent-resistant and is also used in making frames for wrist watches. Some decorative objects and sculptures are also made using titanium.

Titanium is also used in body piercing. A few specific medals and coins are also made using titanium.

Titanium is a non-toxic inert metal that is biocompatible. This means that when titanium enters a body, it does not get rejected. Due to these properties titanium is used in making surgical implants such as dental implants, hip balls, sockets, etc.

Usually, titanium alloyed with 4% or 6% aluminum and 4% vanadium is used for this purpose.

Titanium is used in making components of wheelchairs, crutches, and similar other medical equipment. It is also used in making surgical instruments for image-guided surgery. 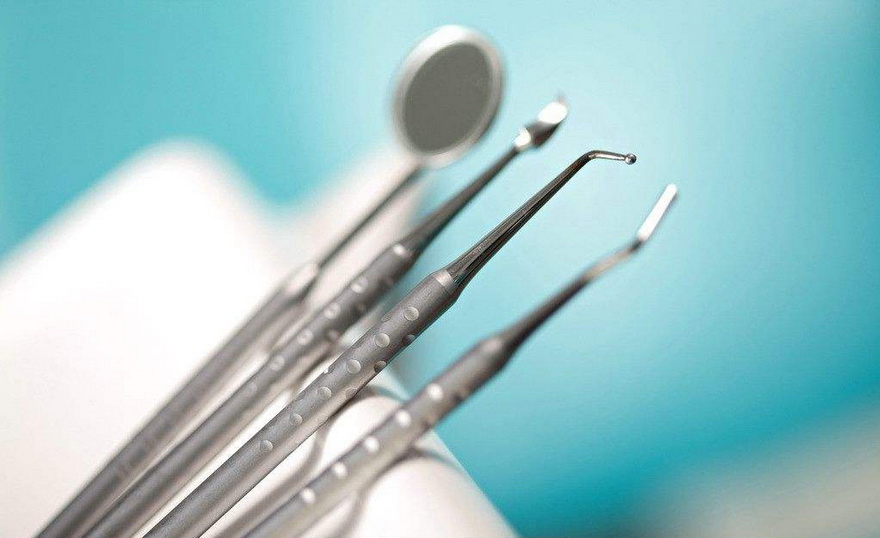 Titanium being corrosion resistant and highly durable is used for making storage containers for nuclear waste products. Using the right technique it is possible to make containers that last for as long as 100,000 years.

Articles you must also read

Therefore, titanium can be used for a variety of purposes such as in paint manufacturing, aerospace and marine industry, petrochemical, pulp & paper, and glass industry. It is also used in making jewelry, surgical implants, and medical equipment as well as in making storage containers for nuclear waste disposal.