Do you know which element you should thank for its existence because you have computers to work on?

Thinking? Let me give you a hint. It is also the second most abundant element on earth by mass.

Still can’t guess that, here is a fun fact about this element, it expands upon freezing, just like water.

Well, I think we are done with the riddles!

If you are still wondering what we are talking about, let me tell you, the answer is Silicon.

It is a non-metallic element of the carbon family having atomic number 14 and is represented by the atomic symbol Si. It is a bluish-grey color element that is hard, brittle, and lustrous.

It constitutes about 27.7% of the earth’s crust, making it the second most abundant element on earth after oxygen. It is also the 8th most commonly occurring element in the universe.

Its name is derived from the Latin word silex or silicis, meaning hard stone or flint. The sharp flints, made of silica, are known to be one of the first weapons used by ancient humans. Evidence of silicon being used by the early Egyptian and Chinese dynasties is also available.

However, in the modern world silicon was first isolated by Jöns Jacob Berzelius, in 1824. Owing to its very high affinity to oxygen, silicon does not occur in pure form. It is mostly found as Silica (SiO2) or combined with oxygen and other elements.

Usually, silicon is commercially produced by reducing silica in an electric furnace and coke. Silica is known to occur in crystalline and amorphous forms and is considered the main silicon source in nature.

For use in high-quality electronics, single silicon crystals are grown separately by accumulating seed crystals withdrawn from molten silicon.

Hello Friends! We are back with more information and facts.

In this article, we will make you aware of the important properties and uses of Silicon.

Silicon is a very important element that forms an important part of our biological and technological requirements.

It belongs to group 14 and period 3 of the periodic table, as part of the carbon family. It is a member of p-block elements.

Some of the important properties of Silicon are mentioned in the table given below:

I hope you now have the list of the most important properties of Silicon. Now, we can move forward to understand the uses of this magnificent element.

Silicate minerals constitute more than 90% of the earth’s crust. These natural silicon compounds are used industrially and do not require much processing or purification.

Also, silicon is used for sophisticated purposes where its purity is of immense importance. Let us study the various uses of silicon in detail.

Silicon is used in many industries for several reasons. Below we have listed the major industries that require silicon.

Sand and clay are the compounds of silicon that are majorly used at construction sites. Besides these, concrete is also a form of silicon that forms the foundation of the largest and tallest buildings in the world.

Silica also forms the major constituent of Portland cement along with calcium. It is used in making building mortar as well as stucco. Other silicate minerals also form a variety of building stones. 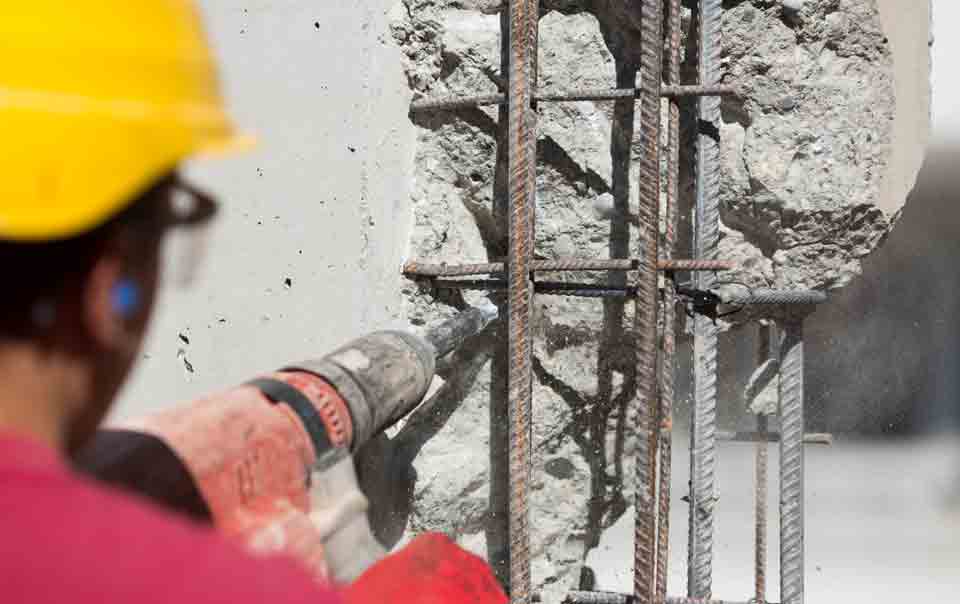 Silica is used as a constituent element of several varieties of ceramics such as whiteware ceramics that contain fired clay minerals.

Kaolinite, a type of silicate mineral is the major ingredient of porcelain. The traditional soda-lime glass used in window panes and also, in containers also consists of silicon compounds.

Sometimes silicon is also used in a few body implants, such as breast implants. Contact lenses also include silicon as one of their constituent elements.

Silicon is alloyed with cast iron, named ferrosilicon. It prevents the formation of cementite upon exposure to air. Silicoalumiun alloys are also used in casting fine sections with enhanced ability.

Ferrosilicon is especially used in the steel industry to prevent rusting of the compound due to silicon’s strong oxygen efficiency. This accounts for almost 80% use of Silicon globally.

Silicon also forms an important part of the electrical steel as it helps improve the ferromagnetic and resistivity properties of the compound.

Silumin, an alloy of silicon and aluminum, is used in the automobile industry to cast parts. These alloys are especially important as they form a eutectic mixture owing to silicon content.

This mixture solidifies with diminutive thermal contraction, resulting in improving the stress and wear resistance properties of aluminum. This reduces the chances of tears and cracks on the surface of the vehicles.

Pure silicon has low electrical conductivity and high electrical resistivity. However, the atomic structure of silicon allows it to become a very efficient semi-conductor, especially required for the electronics and technology industry.

Silicon forms both positive and negative (p & n) types of semi-conductors by infusing them with elements such as boron, phosphorous, or arsenic, and are also known as silicon wafers.

These semiconductors are made use of in making silicon diodes, transistors, computer chips, and other similar devices.

Silicon semiconductors are known to provide amazing electrical activity without the fear of avalanche breakdown as they are resistant to high temperatures.

The insulating layer of silicon oxide also makes them suitable for a number of fabrication processes. 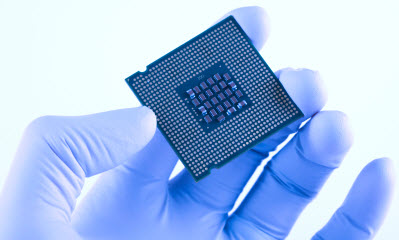 Integrated circuits are also made of silicon wafers that provide mechanical support and insulation. A thin layer of silicon oxide, covering these circuits, produced as an effect of thermal or local oxidation, acts as insulators.

These are the semiconductors Si nanoparticles, having a size ranging from nanometers to micrometers. These are produced by thermally processing hydrogen silsesquioxane.

They exhibit luminescence properties depending upon their size. They have the ability to fluorescence red and blue color light due to which they are especially used in optoelectronic devices and as fluorescent biomarkers. They are also used to detect hazardous materials.

The major advantage of using silicon quantum dots is that they offer non-toxic, metal-free indicators in comparison to the other metal-based quantum dots that also cause harm to the environment as well as living organisms.

Silicon also occurs as the skeletal material in some of the life forms such as diatoms, silicious sponges, etc. They take up silica dissolved in the ocean water in the form of silicic acid or silicates.

In diatoms, the outer cell wall, also known as frustule, comprises biogenic silica (BSiO2). In later stages, it results in the formation of diatomaceous earth.

Silica also forms a part of the cell walls for many plant species. Silica phytoliths are stiff microscopic structures known to occur in the cells of some plants.

Some plants are also known to have siliceous defense mechanisms for producing acquired immunity and also to protect them against fungal pathogens. 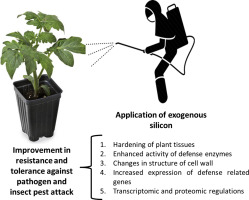 Recently, silicon is also identified to have great nutritional value for humans, especially for the growth and wellbeing of hairs, nails, skin, and bones, as it is required to synthesize collagen and elastin.

It is also known to improve bone strength in postmenopausal women and patients suffering from osteoporosis.

A class of silicon compounds is especially used for making hydraulic fluids, lubricants, enamels, and varnishes, as it is chemically inert and offers great resistance to harmful materials.

Silicosis is a disease caused by inhaling an excessive amount of silica dust. It is a respiratory disorder categorized as occupational lung disease. It is known to occur in people working in silica factories.

That’s it for the uses of Silicon in this article.

And do leave your comments for any queries or suggestions.