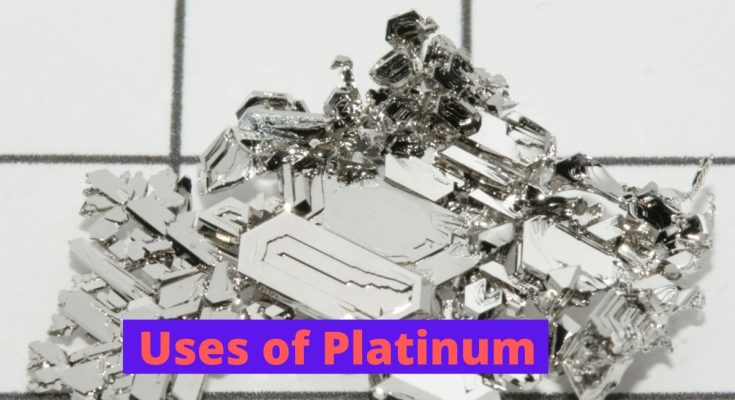 Can you name the least reactive metal known to human beings?

A hint for you is that it is a highly malleable and ductile element and is the only material suitable for making electrodes in heart pacemakers.

Another hint, it was the first metal to be used for making coins in Russia, and its non-military use was banned during World War II as it was deemed to be a strategic metal.

Hope you would have guessed the answer by now. Yes, we are talking about PLATINUM.

Antonio de Ulloa independently discovered platinum in 1735 and by N. Wood in 1741. However, traces of Platinum have been discovered by archaeologists in the gold used in ancient Egyptian burials, with the oldest specimen unearthed at Thebes from the burial box of Queen Shapenapit II.

Platinum is one of the least reactive elements and is considered a noble metal as it is extremely resistant to corrosion, even at high temperatures. The approximate abundance of Platinum is 5 μg/ kg i.e., around 0.005 ppm, making it one of the rarest elements in the earth’s crust. Meteorites and the moon contain a higher percentage of Platinum.

95% pure Platinum is considered one of the purest precious metals, as its isolation requires complex aqueous chemical processing. Also, intensive labor and capital are required for extracting Platinum.

A platinum-iridium cylinder made in 1879, kept at the Bureau of Standards in Washington D.C., is still used officially to define the metric kilogram.

Platinum is highly malleable; 1 gram of Platinum can be stretched into a wire of more than 2,000 meters in length. Also, Platinum is very ductile and can be beaten into sheets as thin as 100 atoms.

It is one of the heaviest metals known to occur, with a six-inch cube of platinum weighing as much as an average human being. Also, it is one of the densest elements.

Platinum is commercially obtained as a byproduct of copper and nickel mining, where it settles down as anode mud during the electro-refining process.

It usually occurs in the alluvial soil of various rivers. The world’s largest deposit of Platinum is found in the Merensky Reef in the Bushveld Complex, South Africa.

So, are you excited to know more about this incredible element? We are equally excited to tell you more. So let’s begin.

Platinum is a D block element belonging to group 10 and period 6 of the periodic table. It has atomic number 78 and is denoted by the chemical symbol Pt. It occurs as a solid at room temperature.

It is a silvery white, heavy, lustrous, inert metal. It is known to be the most ductile metal. However, it is comparatively less malleable than gold. It is a noble metal and is highly resistant to wear, corrosion, and tarnish.

It does not react with simple acids but dissolves readily in aqua regia and slowly in hydrochloric acid. Usually, Platinum is mixed with a small amount of iridium to make it harder and stronger.

A few important properties of Platinum are listed in the table below:


Now, we have a list of all the important properties of Platinum. Let us move forward and study the uses of this brilliant metal.

Platinum is used for a wide range of purposes, as listed below:

Platinum is the only metal known to withstand extreme acidic conditions inside the fuel cell, where it is used to speed up the chemical reaction. However, being very expensive, it has also restricted the large-scale use of fuel cells.

It is also used as a catalyst for the decomposition of hydrogen peroxide. It strongly catalyzes the reaction and assists in the formation of oxygen and water.

Platinum can catalyze the hydrogenation of most functional groups. However, the rate and selectivity of reduction depending upon reaction conditions, metal, and other catalytic modifiers.

The Standard Platinum Resistance Thermometer (SPRT) has a resistance wire made of pPlatinuminum and is used as the international temperature scale of 1990 (ITS 90).

A platinized Platinum electrode is also used in the standard hydrogen electrode due to its corrosion resistance properties.

Platinum is used in the cells as an electrode because it absorbs hydrogen easily. Further, it does not take part in the redox reaction during the working of the cell.

Platinum works as a catalytic converter in the exhaust pipes of most cars, where it disarms toxic exhaust gases, preventing them from causing damage to the environment. This use is actually due to the abiPlatinumplatinum working as a great oxidization catalyst.

It captures the oxygen atoms from the environment, and carbon monoxide emitted by the vehicle and combines them to form carbon dioxide oxide, which is less harmful to the atmosphere.

It allows the complete combustion of the unburned hydrocarbons coming out of the car exhaust by converting them into carbon dioxide and water vapor.

• Hydrocarbons are oxidized into carbon dioxide and water Platinum is used in the petroleum industry for the process of catalytic reforming. Here, Platinum catalysts help reform the reformates, i.e., high octane blending components, of gasoline from naptha.

Just like gold and silver, Platinum is traded in the global commodity markets as coins, bars, and ingots. Being a rare element, it is a precious metal commodity. It has the ISO currency code of XPT on its bullion.

Platinum has recently gained much fame in the jewelry market owing to its ability to maintain its appearance for years without fading or tarnishing.

Moreover, being an inert metal, it is hypoallergenic and even suitable to be worn by people with sensitive skin.

You must also check out the article on why doesn’t Platinum Tarnish.

Many luxury watch brands, such as Rolex, Vacheron Constantin, and BreiPlatinumtc., use platinum to manufacture their limited edition watch series.

Platinum is a biocompatible element. It is the only metallic material that is considered completely safe when implanted inside the human body. The 10% iridium platinum electrodes are used for making electrodes in the heart pacemakers.

Platinum-based drugs such as carboplatin, cisplatin, and oxaliplatin are also used in the treatment of cancer. These drugs have platinum, bonded with two ammonium ions and two chloride ions, at their center.

These drugs are negatively charged compounds that acquire a positive charge after entering the cancer cells, due to which chloride ions are replaced by water molecules. This allows the drug to bind to the DNA of the cell and blocks its ability to read the code, thereby blocking cell function.

Although these Platinum-based drugs are quite effective against cancer, there are several side effects associated with them, such as high systemic toxicity, lack of selectivity, drug resistance, etc., due to which their clinical use has been restricted.

Due to their chemical inertness, Platinum pans and supports are used in the thermogravimetric analysis.

Platinum blended with cobalt in a 3:1 ratio is also used in making strong permanent magnets.

Hence, Platinum, even after being an expensive and rare metal, is used for a variety of purposes, such as in laboratories as a catalyst and electrode, as a catalytic converter in cars, in the petroleum industry, jewelry, and watch-making industry, in the medical industry for treatment of cancer and manufacturing of various biomedical equipment.