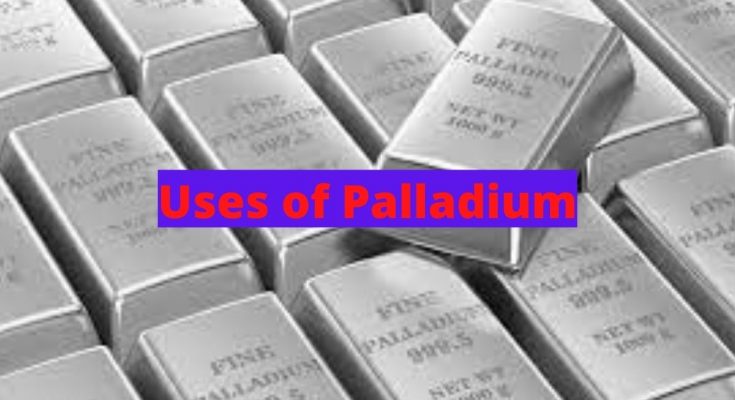 Palladium exhibits exceptional properties, due to which it has many applications in different industries. From jewelry and watchmaking to electronics and dentistry tools, you can find palladium in almost every other industry.

This silvery-white metal is resistant to corrosion and scratches, and it does not lose its color when exposed to oxygen. All these amazing characteristics have increased its demand across the world, and they have made it more expensive than gold.

In this article, we have highlighted the most common uses of palladium in different industries. Read on to learn its applications and understand why it is worth more than gold. 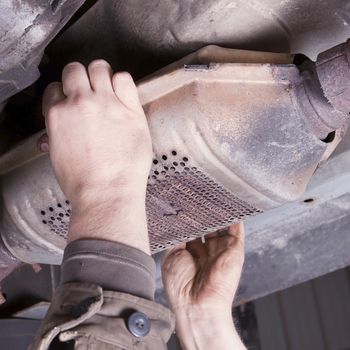 About 85% of the total palladium is used in the automobile industry as part of catalytic converters of vehicles.

The role of palladium in a catalytic converter is to convert these pollutants into carbon dioxide (CO2) gas and water (H2O) vapors. Palladium speeds up hydrogenation and dehydrogenation reactions that occur in the converter.

Catalytic converters are considered one of the most expensive parts of a car because they contain precious metals. One of the reasons for the increase in the palladium cost is its extensive use in modern cars.

Palladium has some amazing properties, due to which it is widely used in the aerospace industry in a variety of ways.

It has a high melting point (1,555 °C), so it is used, along with a few other precious metals like gold and silver, to make different parts of aircraft engines.

Palladium is naturally resistant against oxidation, due to which it is used to make airplane parts that need protection against weather and friction.

It is sturdy, stable, and durable; therefore, you can find it with other metals in heat exchangers, fuel nozzles, and elsewhere. 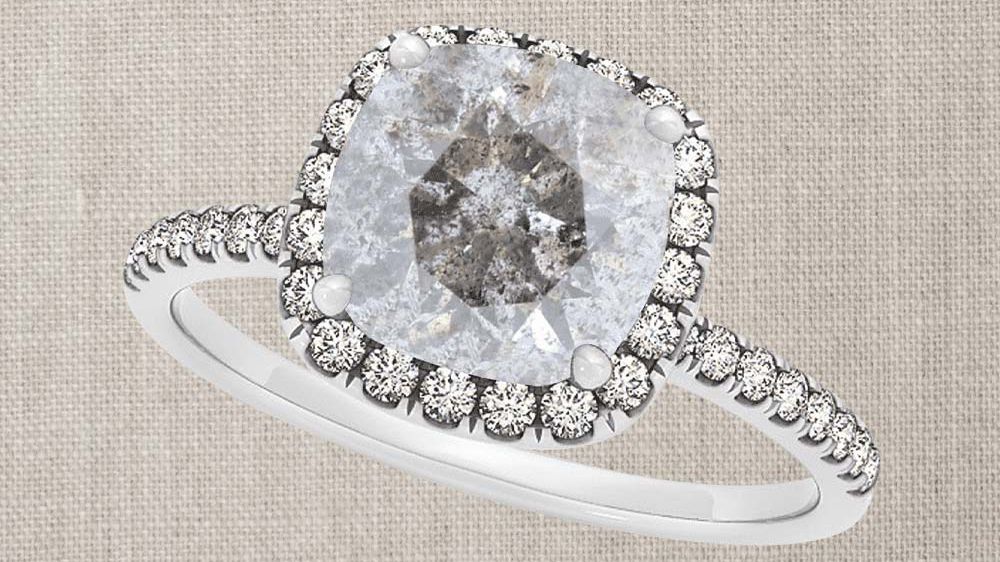 Since palladium is naturally white and shiny, it is becoming one of the most sought-after metals by jewelers globally.

It was first used to make jewelry in 1939, and since then, it has enjoyed widespread popularity in the jewelry industry. Today, you can find palladium in belt buckles, necklaces, earrings, rings, and even crowns.

Palladium does not tarnish when exposed to air as it does not react with oxygen gas. This property makes it more valuable than other jewelry metals like silver, which loses its shiny appearance over time.

Palladium is hypoallergenic, meaning it is relatively unlikely to trigger any allergic reactions. Due to this property, it is widely used to make white gold, which is an alloy of gold and silvery metals.

People allergic to nickel (a popular metal used in white gold) find palladium-gold alloy a viable alternative, even if it is more expensive than nickel-gold.

Palladium alloys have been used in electronics for a long time.

Certain properties of palladium, like the ease of fabrication, ability to resist erosion, and nobility, make it a great choice for light-duty open relays that are used in telecommunications.

If you are reading this article from your mobile phone, you are actually holding palladium at the moment.

Palladium and some other precious metals are popularly used to make printed circuit boards and microprocessors in phones.

MLCCs are used where a small value of specific capacitance is needed. They store energy in electronic equipment. You can find them in high voltage circuits, computers, broadcasting equipment, and cell phones.

Another surprising use of palladium is to make long-lasting photographs. It was first used in photography in 1859.

In this case, palladium is often mixed with platinum. Both are used in platinotype printing, a technique that creates monochromatic (black and white) prints. These prints are very durable, and they give a matte appearance. 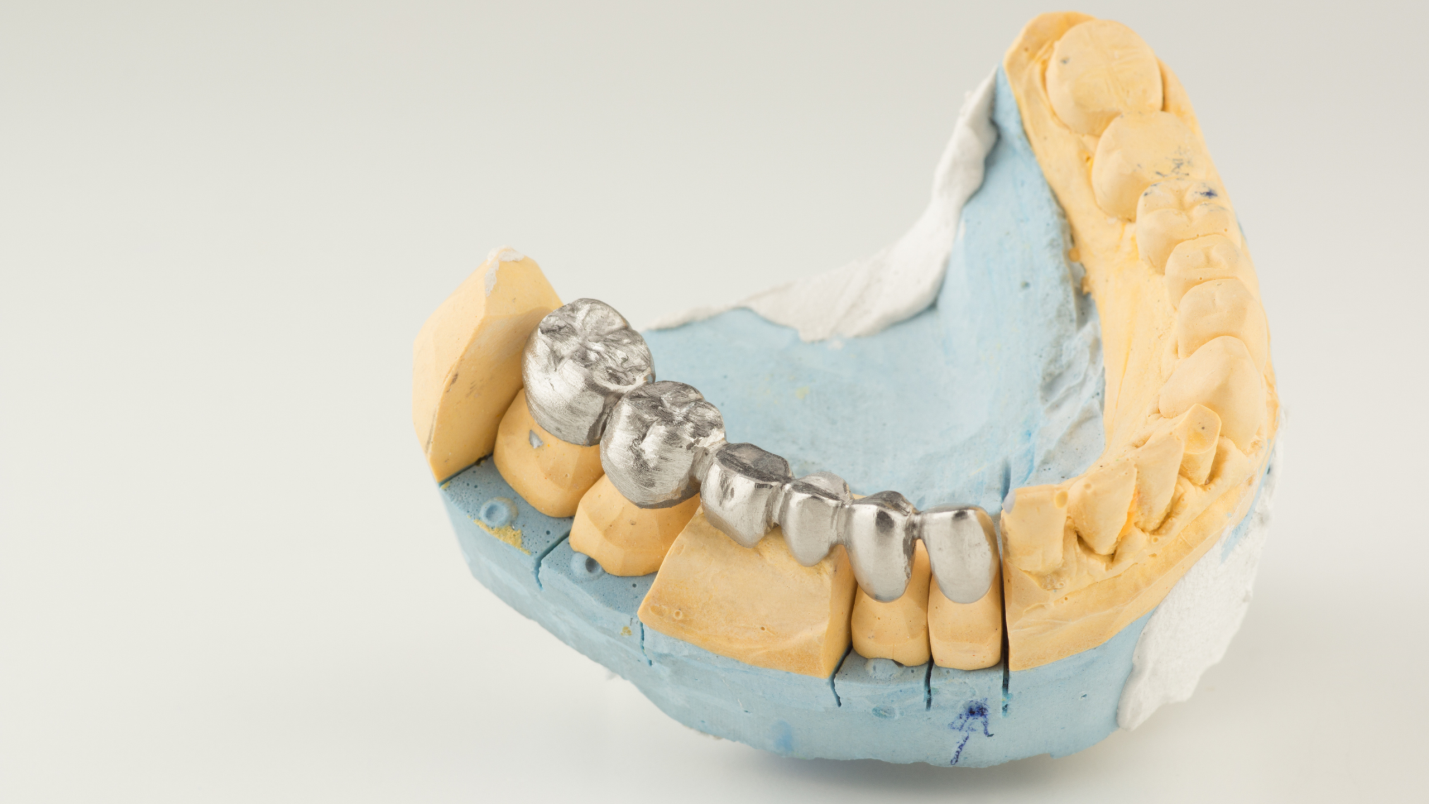 Do you have a tooth cavity? You may need fillings, crowns, or bridges to get rid of it. As palladium shows good solubility when it is mixed with other elements, it is often used as an alloy to make dental restorations and equipment.

The metal does not tarnish over time and has white color, just like teeth. These characteristics make it a more suitable choice for dental treatments. Palladium shows inertness, meaning it will not cause any issue when it comes in contact with internal organs or the body.

Due to this reason, it is often used to create ultra-thin wires that surgeons use to guide stents, catheters, and other implants inside the body.

Biological media creates a challenging environment for metals like palladium due to the presence of catalyst poisons and many similar chemicals.

Still, researchers are finding different ways to create a safe environment for palladium and use it in media to catalyze important chemical reactions.

It is also used in synthetic biology as a catalyst to treat tuberculosis, obesity, urinary diathesis, and some other diseases.

Formation of tools and instruments

Due to the non-tarnishing properties and conductivity, palladium is also sometimes used to make concert-grade flutes.

It is less resistive and less dense when used in flute making. You can find it in different parts of flutes such as internal tubes, etc. 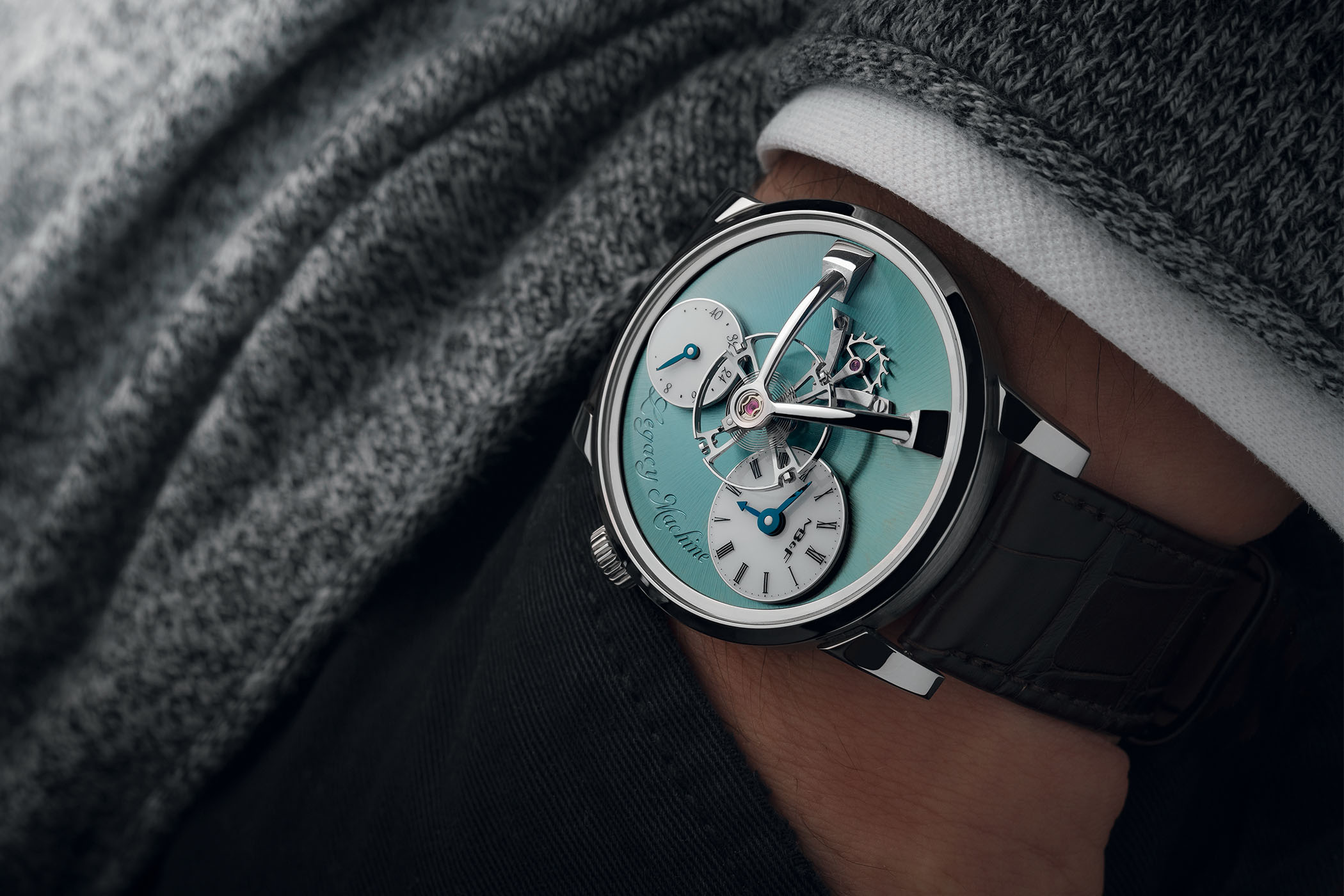 Watchmakers have discovered many advantages of using palladium for different parts of the watch like balance wheels, strings, and bearings.

The metal is shiny, and it retains the luster even in conditions where gold or platinum become slightly dull. It does not react with many concentrated acids at room temperature.

It is also resistant to scratches and maintains its sleek, silvery-white sheen throughout its life. All these traits have made palladium highly popular in the fashion industry.

It is used to make luxury watches for designer wear enthusiasts, sports enthusiasts who have an active outdoor lifestyle, watch collectors, and people who are allergic to metals.

Many well-known brands, including Tiffany and Vacheron Constantin, use this beautiful metal to manufacture their fine timepieces.

As mentioned earlier, palladium is one of the most valued metals in the world, so it should come as no surprise that it is used to make coins that many people buy as investment assets.

Palladium was first used to make coins in 1966. Today, many mints around the globe produce palladium coins and bars for investors to add this precious metal to their assets.

Palladium has the ability to store hydrogen 900 times more than its own volume and form a ‘gas in solid’ solution. This makes it a ‘metal sponge’ that absorbs hydrogen just like ‘a sponge absorbs water.’

Palladium has a face-centered cubic structure in its lattice form. High binding energy within the lattice forces each hydrogen molecule to split into two hydrogen atoms. These atoms then absorb in interstitial spaces of the lattice.

When palladium absorbs hydrogen, its structure changes into either the alpha phase or the beta phase. It can also be a mixture of these phases.

In this form, palladium is not hard like a solid. And it also does not show random motion like liquid.

This way, palladium plays a significant role in the hydrogen economy.

Palladium has long been used in gas sensors due to its catalytic properties and ability to create hydrides in the presence of hydrogen gas.

However, sensors having pure palladium show low response. Therefore, palladium nanosheets (PdNS) are used for gas sensing applications as they show excellent electrical conductivity and have a high surface area, meaning they have more interaction with the gas molecules.

Hydrogen is a very flammable gas, and its leakage in industries can cost lives and money. Palladium nanosheets can also sense carbon monoxide, a poisonous gas that can cause suffocation leading to death.

Palladium is located in group 10 and period 5 of the periodic table. It is symbolically represented as Pd. It is rare in nature but is abundantly found in Russia, Ontario, and South Africa. 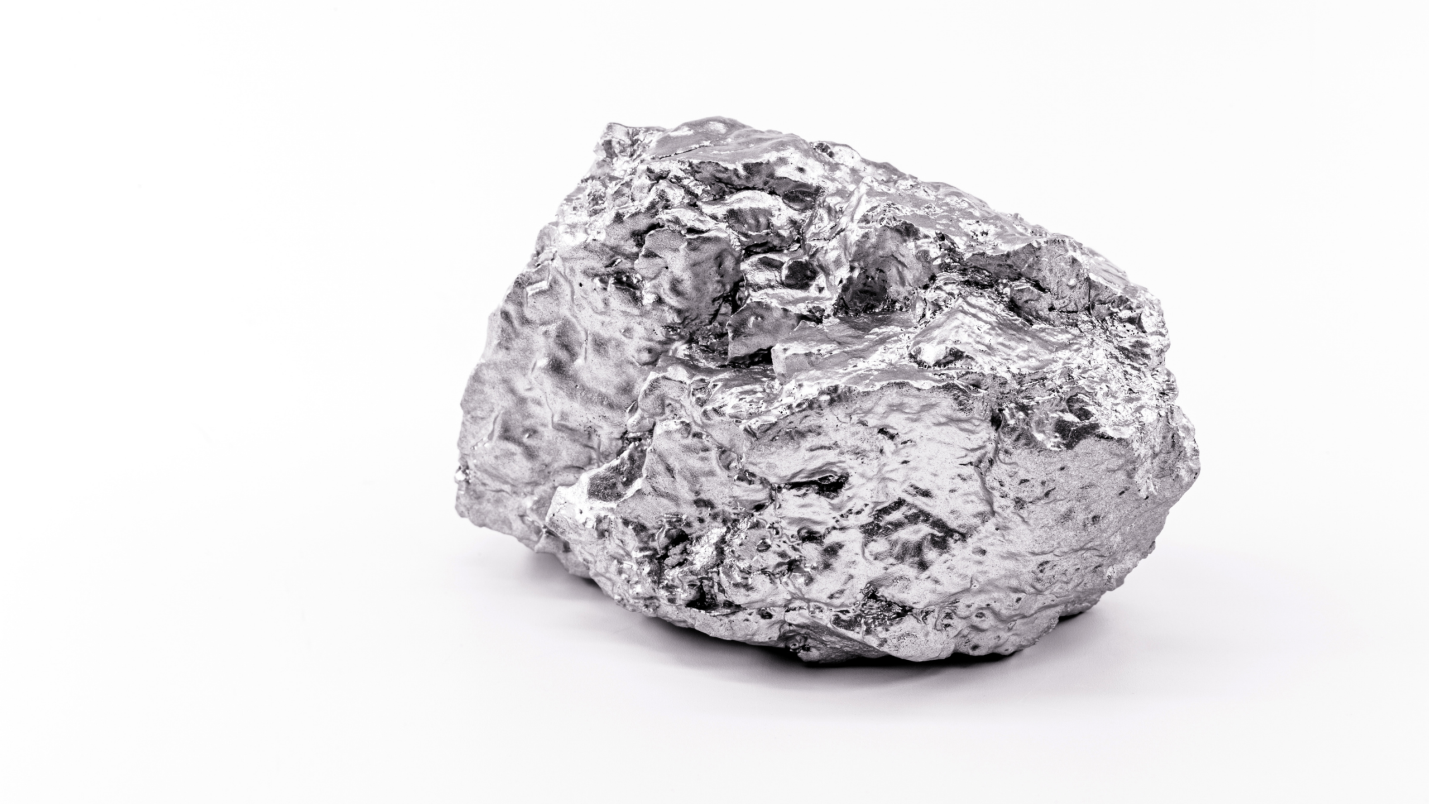 • Appearance: Resembles platinum and has a silvery-white color.

• Density: 12.0 g cm-3, which is lower than all other members of the platinum group metals.

• It does not react with air at room temperature, making it corrosion-resistant.

• As a metal, it is a mediocre heat and electricity conductor.

• It slowly dissolves in hot acids and reacts with them.

Palladium, together with five other metals, forms a group called the platinum group metals. It is crystalline and has a lustrous silver-white color. Due to its beautiful appearance, fashion enthusiast women and men enjoy palladium jewelry and watches that neither corrode nor develop scratches.

The most popular use of palladium is in automobiles, where it acts as a catalyst converter to transform toxic gases into less toxic gases before they are released from the exhaust.

You can also find palladium in aircraft structures, dental equipment, surgical instruments, high-grade flutes, multi-layer ceramic capacitors, and even in your cell phone or laptop that you might be using right now.