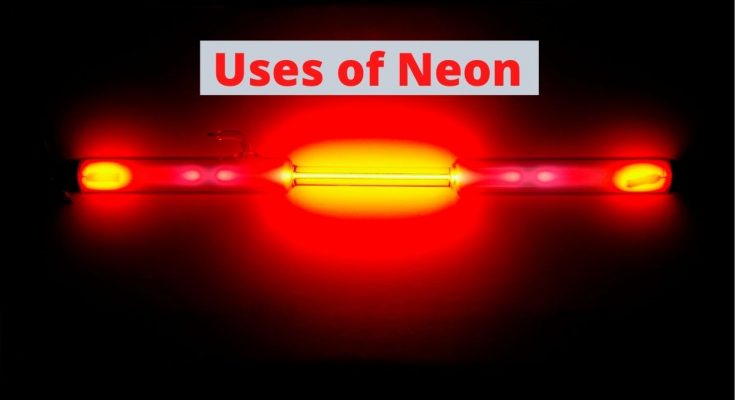 Can you name an element that is abundant in the universe but rare on the Earth?

What do you think are fog lights made of?

A gas which is very expensive but you still have liters of it in your home and easily find it on roadsides?

Could not connect the dots? Well, obviously the riddle was too versatile.

Let me tell you, we are talking about Neon.

Yes, the same gas that makes roadside hoardings and signs and is also, used in vacuum tubes of your TV.

Sir William Ramsay and Morris W. Travers discovered neon in 1898, at the University College of London. It is a noble gas denoted by the symbol Ne and has the atomic number 10.

It is a monoatomic gas that is odorless, colorless, and inert at standard temperature and pressure. The name of this element is derived from the Greek word neuter, which means new. Neon is formed as a product of the alpha process of the stars where oxygen and helium undergo nuclear fusion reactions.

It is also the fifth most abundant element in the universe but only makes up about 0.0018% part of the earth’s atmosphere. The reason for the rarity of neon is its highly volatile nature due to which it is unable to form solid compounds. The currently known compounds of neon are ion molecules and clathrates.

Neon forms a part of the bright red emission spectrum. The main source of neon on the earth is the air itself, from which neon is extracted using various techniques, due to this neon is a highly expensive element, almost 55 times more expensive than helium. It is also sometimes found trapped within the rocks.

Neon is also considered hazardous for human health as it may result in causing frostbite if it accidentally comes in contact with the skin. Also, it is an asphyxiant i.e. it may result in suffocation by depleting the amount of oxygen in the body if inhaled by mistake.

Hello folks! We are here again with another amazing element and its rather amazing properties.

In this article, we will read about neon, its properties, and its uses, in detail.

Neon is a chemically inactive gas that is normally colorless but appears reddish-orange inside the vacuum tubes.

It also emits orange-red light when an electric current passes through it. Neon is also known to have the lowest liquid range out of all the elements.

Neon belongs to group 18 and period 2 of the periodic table. It is a p-block element and a member of noble gases.

To understand an element better, it is always good to know its properties. Also, as we are about to study the uses of neon in detail, it is better to know which properties make it so useful.

The properties for this wonderful element are given in the table below:


As we now have a list of properties of neon, we can move on to study its uses in detail.

Although it is rare on the earth, neon has a number of applications in various sectors. However, it is not known to play any biological role. It is also considered toxic for human health.

In this section, we will study various uses of neon.

Neon is an indispensable component of vacuum tubes and neon lamps.

The main purpose of neon inside these lamps is to maintain an inert atmosphere by preventing oxidation. Thus, the presence of neon ascertains the long life of these lamps.

The volume of gas present inside the lamp also determines the amount of light exhibited by it. The unique color of neon is also used in making beautifying lamps.

Lasers are known to produce light of a single wavelength i.e. monochromatic light. They utilize the process of optical amplification for stimulated emission of radiation.

Neon, along with helium is used in laser devices, as laser gas. These laser lights are used for a variety of purposes such as in scientific experiments, in surgeries like LASIK eye surgery, etc. 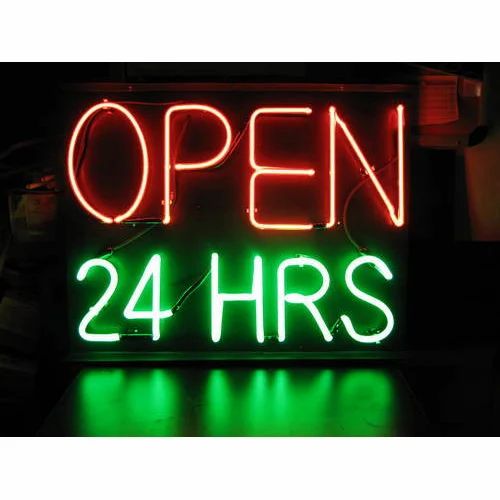 You must have encountered the brightly glowing advertisement boards along the roadside. These are also known as neon signs and most of the advertising lamps these days are known to make use of neon.

The advertisement content is written over the bulb or board which is then filled with the gas and a metal electrode is inserted. Every time a high potential is applied to the electrode, it results in the ionization of gas emitting colored lights.

The principle is that the high voltage makes the neon gas inside the indicator glow and thus, the warning light is produced. It reduces the risk of fire and losses that may occur due to high voltage. 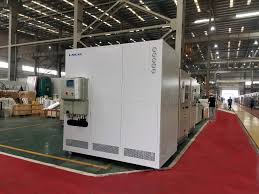 It is also sometimes used in mortuaries for the preservation of dead bodies, however, neon being expensive this use is very limited.

The television sets used in earlier days essentially had television tubes that contained neon gas. Neon provided an inert atmosphere inside these tubes and also, produced light as the electric current passed through the tube.

The screens of your plasma television are meant to display images and videos. Inside these flat panels neon reacts with phosphors and helps in producing several colors.

It is due to the ability of neon to produce colors in response to the application of electric current that it is used in plasma televisions.

Wavemeter is a device used to measure the distance between the two successive wavefronts, by determining the frequency of the waves. The absorption wavemeter used in earlier days had a tube filled with neon gas.

The earlier diving equipment carried by the deep sea divers for the purpose of respiration also sometimes contained a mixture of oxygen and neon gases.

However, the cost of production was quite high as neon is an expensive element. Later this practice was discontinued owing to the adverse effects of neon noticed on human health.

Lightning arrestors, also known as lightening isolators, are especially used in telecommunication systems and electric power transmissions. They help in safeguarding the system from the damage caused due to lightning.

As neon requires high voltage to conduct electricity, it will not let the normal voltage-current pass through it.

However, in the case of a lightning strike when the voltage is very high, neon will conduct most of it to the ground, protecting the main system from collapsing under its influence.

Neon is also required in the oil industry to detect fracking leaks. The path traveled by neon can be easily traced and hence, it helps in screening the leaked paths.

Also, neon is inert in nature due to which there are no chances of contamination making it a better option.

Neon is a monoatomic gas and is lighter than air. These properties are similar to helium due to which it can also be used as a substitute for helium in filling air balloons.

However, the two gases are different in their densities. Neon being heavier than helium makes the neon-filled balloons rise up at a higher speed. However, being expensive, and also, asphyxiating gas, neon is rarely used for this purpose.

Neon is also used in the aircraft and aerospace industry where its role is to work as a coolant for ultrasensitive infrared imaging. This role is due to the refrigerant property of neon.

Neon is also used for the confinement of a variety of equipment in the aircraft.

The light lamps used in the aircraft are also made using neon gas. Hence, neon becomes an important element for this industry.

Neon gas is used in making the light lamps of cars and other locomotives. These lamps are brighter, especially to look through the fog, and long-lasting in comparison to ordinary lamps. 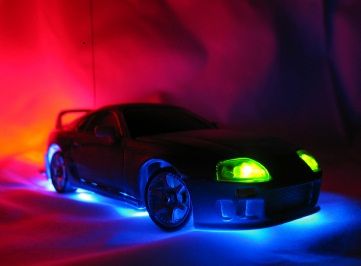 Therefore, neon has a variety of uses such as lasers, vacuum lamps, lightning arrestors, and industries such as aerospace and locomotive industries.