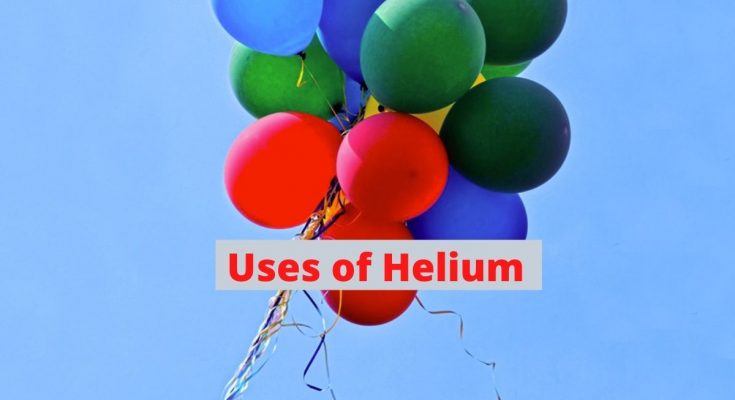 Have you heard of the element that is so light that it can actually escape the gravity of earth?

Let me give you a hint. It is also gas-filled in the flying balloons loved by the kids.

Still, guessing? Another hint, It is also one of the gases majorly responsible for the heat and light of the sun.

I think you have got the answer this time.

Yes, we are talking about Helium.

It is a noble gas and belongs to group 18 of the Periodic table. It occurs as a monoatomic gas and is considered non-toxic for living organisms. It is a colorless, odorless, tasteless gas.

Around 700 million tonnes of helium is produced by the sun every second. About 23% of the mass of the universe is constituted of Helium. It is mostly found in the stars where it is produced as a result of the nuclear fusion reaction of hydrogen.

Mostly, the Helium found on earth is produced as a result of radioactive decay of natural gas and occurs in the natural gas fields. It can be separated by using the liquefaction or fractional distillation process.

Helium has zero valences and like other noble gases is chemically inert under normal conditions. It also works as an electric insulator, when unionized.

The energy level of helium is metastable due to which it will stay ionized even in the presence of electrical discharge, provided the voltage remains below its ionization potential. Helium also exhibits the property of superfluidity, i.e. it has almost no viscosity at near-zero temperature.

In this article, we will talk about Helium, the very special element from our childhood balloons.

Let us study this incredible element, its properties, and its uses.

Helium is a very important element of our universe and especially the energy source of our solar system, the sun.

It forms an indispensable part of the energy cycle of our sun where it is produced as a result of nuclear fusion reactions of hydrogen.

Helium belongs to group 18, period 1, and block s of the periodic table. Before we move on to study the uses of Helium we must first get acquainted with its properties for a better understanding of this element.

A few of the important properties of Helium are given in the table below:

Now that we have summarized the important properties of Helium, we can move on to study its uses.

Helium constitutes about 23% of the mass of our universe and has a wide range of applications from filling balloons to cryogenic uses.

It is estimated that about 32 million kilograms of helium is produced every year which is used for a variety of purposes.

The various uses of Helium, along with the percentage of total helium production used for this purpose is as follows:

In this section, we will study various uses of Helium in detail.

When it is cooled below Tλ, helium forms Bose-Einstein Condensate, in which the atoms are said to lose their energy, virtually. It is due to the weak intermolecular reactions and low molecular weight of helium. 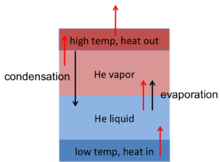 The cryogenic properties of helium are utilized for the following purposes:

In particle accelerators, superconducting magnets are used when large magnetic fields are required. To maintain the efficiency of these superconductors, the temperatures must be below the critical temperature.

Superfluid helium is especially found efficient in removing heat from these superconductors.

Quantum computing requires the quantum states of matter, for example, electron spin, as a single qubit (quantum analog of bit).

These qubits are a representation of the electrons, ions, or atoms themselves, along with the control devices that function as a processor and memory of computers.

The electrons present on the surface of superfluid helium, in a vacuum, exhibit spin states required for this purpose.

The high-energy X-ray crystallography is used for obtaining high-resolution images of protein structures.

However, they are also known to cause damage to these proteins. The radical damage to protein structures can be prevented using cryogenic helium.

Commercially, helium is utilized for a number of processes as described below:

Helium is an inert gas due to which it is used in maintaining a protective atmosphere such as in the case of production of titanium and zirconium, growing germanium and silicon crystals, and also, in gas chromatography.

The inert nature of helium along with its other characteristic properties like high heat capacity ratio, high speed of sound, and thermal and caloric perfection makes it suitable to be used in impulse facilities as well as supersonic wind tunnels.

Due to its inertness helium is also used in the arc welding process, as a shielding gas. It is especially used for materials that may be contaminated or weakened by the air or nitrogen, at welding temperature.

As a shielding gas, it is rather preferred over other cheaper options such as argon, for the materials have a higher value of heat conductivity, for example, copper and aluminum.

In the places where the direct air supply is not available such as deep seas, space, etc. a mixture of gases known as breathing gas, filled in the cylinders, is used for respiration.

Helium does not have any narcotic properties, as a breathing gas, due to which it is used in a number of breathing gas mixtures such as heliox, heliair, and trimix.

It is especially used by deep-sea divers to lessen the effect of narcosis. The pressure increases considerably underwater due to which it requires enormous efforts for breathing resulting in waste of energy.

Mixing helium in breathing gas lowers its density making it easier to breathe. Helium is known to diffuse at a faster rate in comparison to air due to which it is used to detect leaks in high-pressure containers and high vacuum equipment (cryogenic tanks). Here, it is known as tracer gas as it is used to trace the leak points.

The escaping helium is detected using the helium mass spectrometer which is very sensitive equipment. It is known as Helium integral test. 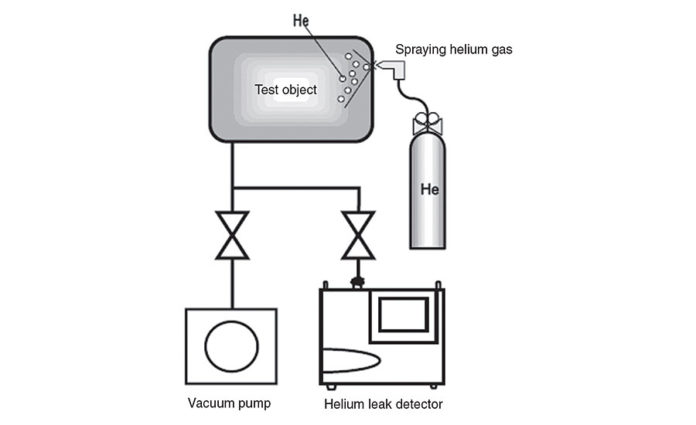 Helium is a very light gas, even lighter than air, due to which it is used to inflate balloons and airships. Other than its buoyancy, helium is used because of its non-flammable or actually flame-retarding properties.

Helium being non-flammable is used in the fuel storage tanks of space ships, as an ullage medium. Basically, it displaces fuels and oxidizers in the storage tanks and also, condenses oxygen and hydrogen to make rocket fuel.

Prior to a rocket launch, helium is used to purge oxidizer and fuel from ground support equipment. It is also used to cool hydrogen before it is filled in a space vehicle.

Helium plays an important role in a number of scientific processes and equipment. A few of them are given below:

The temperature variation in space causes the distorting effects on the telescope lenses. These effects can be minimized with the use of helium, especially in solar telescopes where vacuum-tight telescope tubes cannot be used.

Helium dating is used to estimate the age of minerals and rocks.

Some other important uses of helium are given below:

Earlier, the laser pointers and barcode readers utilized helium-neon lasers. These were low-powered lasers that produce red-colored beams. Now, they have been replaced by cheap diode lasers.

Helium does not form radioactive isotopes under reactor conditions. The neutron transparency, inertness, and high thermal conductivity of helium, it is specially used in gas-cooled nuclear reactors as a heat-transfer medium. 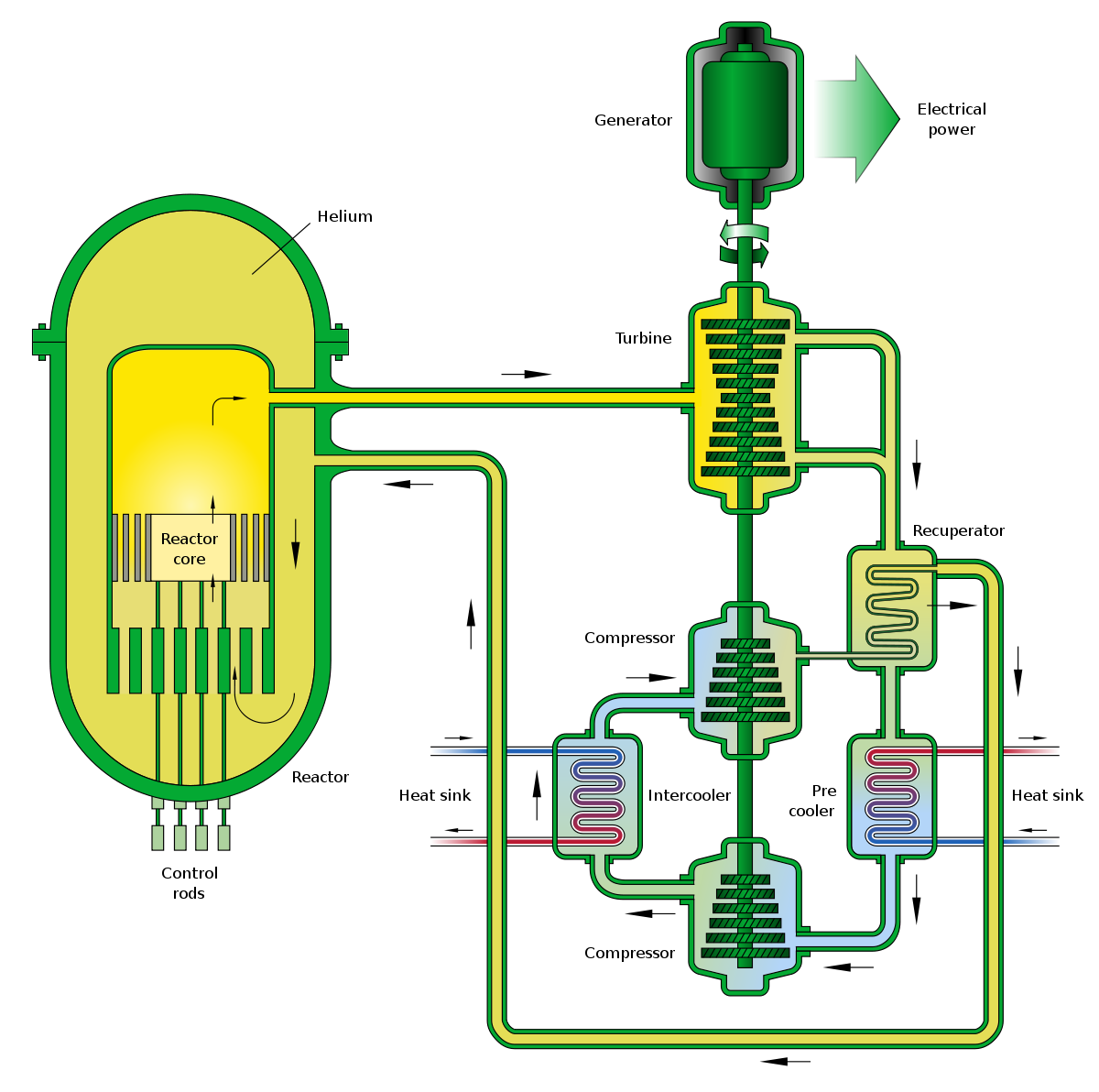 Helium is also used for thermoacoustic refrigeration, as it results in low Prandtl number and high heat capacity ratio, when mixed with heavier gases, such as Xenon.

Some of the hard disk drives also utilize helium as it is capable of increasing the storage capacity of these disks by as much as 50%.

So that’s it for this article. Hope you enjoyed it. Please leave your comments and suggestions.

And keep visiting for more knowledge and science fun.