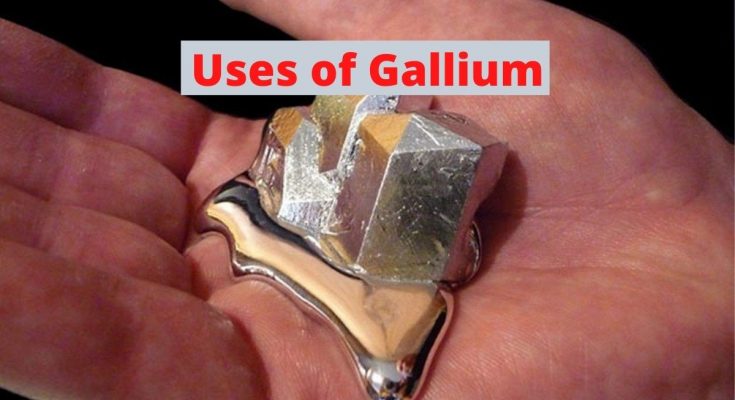 Can you name a metal that would melt in your palm at room temperature?

This is a metal that is painted on the glasses to turn them into a lustrous mirror.

It is advised not to store this element in a glass container as it expands upon solidification and can result in shattering of the container.

Yes, we are talking about Gallium.

It is a post-transition metal, also known as basic metal. These are the elements that are placed between the transition metals and metalloids in the periodic table.

They have properties similar to transition metal; elements, however, they are comparatively poor conductors of heat and electricity and are softer in touch.

Gallium is represented by the atomic symbol Ga and has the atomic number 31. It was discovered in 1875, by French chemist Paul-Émile Lecoq de Boisbaudran and was placed in the Boron family.

It is a silvery-white, soft metal with a very low melting point and can be cut with a knife. In nature, Gallium occurs as a trace element in ores such as zinc blende, bauxite, germanite, etc. These ores also serve as the main commercial source of Gallium.

It is known to form only about 0.0019% of the earth’s crust and does not occur in free elemental form. However, it can be easily isolated through smelting.

It is a non-toxic element and is known to withstand very high temperatures as a liquid. However, gallium halide complexes may result in severe toxicity in humans.

It is an anisotropic element and its properties vary greatly with temperature. It becomes resistant to mineral acids by forming an oxide layer on the outer surface saving the interiors from damage. It is an amphoteric element.

Naturally, gallium occurs as a mixture of gallium-69 and gallium-71 isotopes. The largest global producers of gallium are Russia, Germany, Australia, and France. 95% of the total production of gallium is used in making semiconductors.

Hello friends, in this article we will discuss this amazing element in detail.

So keep reading to know more…

Gallium belongs to group 13 of the periodic table i.e. the Boron family.

In the pure state, it occurs as a silvery-blue liquid at standard temperature and pressure. It is also known to have the widest liquid range amongst all the metals owing to its low melting point and high boiling point.

It is an amphoteric element that dissolves in the presence of strong acids and alkalis. It is exclusively formed as a by-product of the reactions used to isolate other metals from their ores.

For example, in Bayer’s process where alumina is extracted from bauxite, it accumulates in the sodium hydroxide liquor.

Some of the important properties of Gallium are given in the table below:

Now, we have a list of important properties of Gallium we will be able to relate which of its property makes it important for any particular application.

Let us now move on to study and understand its uses in detail.

In this section, we will cover the uses of gallium under various headings.

As stated earlier, almost 95% of the total world production of gallium is used for making semiconductors. For this purpose, extremely pure quality gallium is required (>99.9999%).

GaAs are majorly used in computers, photovoltaic cells, transistors, aerospace, etc. It is also used in making integrated circuits due to its high dielectric constant.

Another application of GaAs is in the manufacturing of LEDs that forms a part of control systems and optical communication systems.

Usually, silicon is used for making LEDs. However, Galium Arsenide may replace it shortly as it has technical advantages over silicon, such as faster speed of electrons through its crystal structure.

GaAs are also used in manufacturing optical fibers as it becomes completely translucent from 850 nm wavelength onwards. It utilizes a light source along with a device for detecting the band gaps.

Owing to its wide bandgap, the devices made using GaAs are not easily affected by overheating. It also has a direct bandgap that enables it to absorb and emit light with great efficiency. Due to these unique properties, GaAs are used in making Microwave circuits, satellite TVs, etc.

It is also used in making mobile phones. The use of GaAs has increased around 10 times since the advent of 3G and 4G mobile phones. 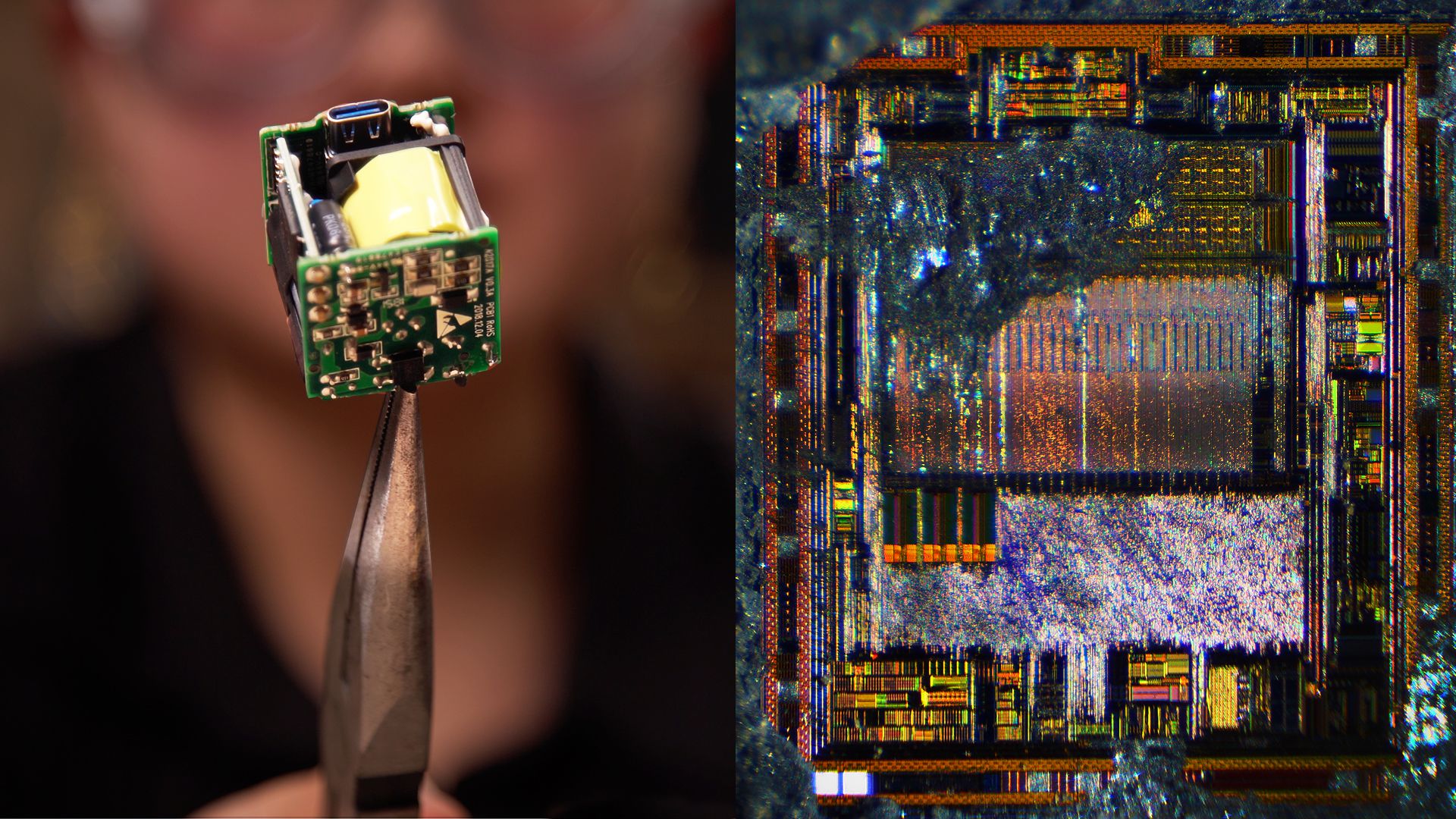 Another important use of Gallium nitride is in power electronics, commercial wireless infrastructure, satellites, and cable television transmission.

GaSb has a zinc blende crystal structure and a III-V direct bandgap. These have high saturated electron mobility and are used for manufacturing lasers, transistors, photovoltaic systems, infrared LEDs, etc.

Owing to its unique properties Gallium is used in making different types of alloys. It especially forms the basic element of the low melting alloys. 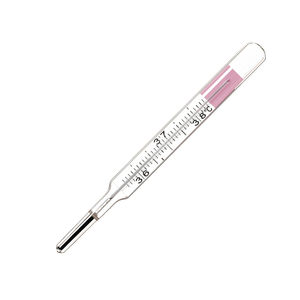 Being non-toxic, gallium is used in making medicinal thermometers for measuring the temperatures of human beings.

These thermometers utilize an alloy made by combining gallium, tin, and indium. This is sold under the trade name Galinstan.

Owing to the low freezing point of Galinstan, it can also be used in high-performance computing in place of thermal paste to cool the computer chips. Owing to their non-toxicity and ability to sustain a wide range of temperatures gallium alloys are also seen as a promising option to replace dental amalgams made of mercury, as mercury is considered toxic for humans.

However, this proposal is yet to get acceptance.

The pits of nuclear weapons require plutonium, which is alloyed with gallium to make it machinable and also to stabilize it in the δ phase

Although gallium is not known to play any role in biological functions, its interaction with the body is similar to iron (III).

A number of gallium salts are used in pharmaceuticals. Gallium also appears as a promising element in the treatment of cancer owing to its newly analyzed anti-cancer properties.

A particular type of nuclear medicine imaging, known as gallium scan, requires gallium citrate and gallium nitrate as radiopharmaceutical agents. The radioactive isotope of gallium 67Ga is used for this purpose.

The body confuses gallium with iron(III) and sends it to various sites of rapid cell division. This allows the area of infections or inflammation to be easily imaged through this technique.

In PET-CT, gallium-68 is utilized as a diagnostic radionuclide.

Hypercalcemia refers to the condition in which the level of calcium ions in the body is more than normal.

Gallium nitrate under the brand name Ganite is used in treating hypercalcemia linked with tumor metastasis to bones through intravenous pharmaceuticals.

As the properties of gallium are quite similar to iron(III), bacteria such as pseudomonas can be easily confused to take it up instead of iron.

This results in ceasing the respiration process of bacteria and ultimately its death. This happens because gallium is redox-inactive, unlike iron which is redox-active.

The amine-phenol Ga(III) compound of gallium is selectively lethal for the parasites that are known to be resistant to chloroquine. This acts by inhibiting hemozoin crystallization. 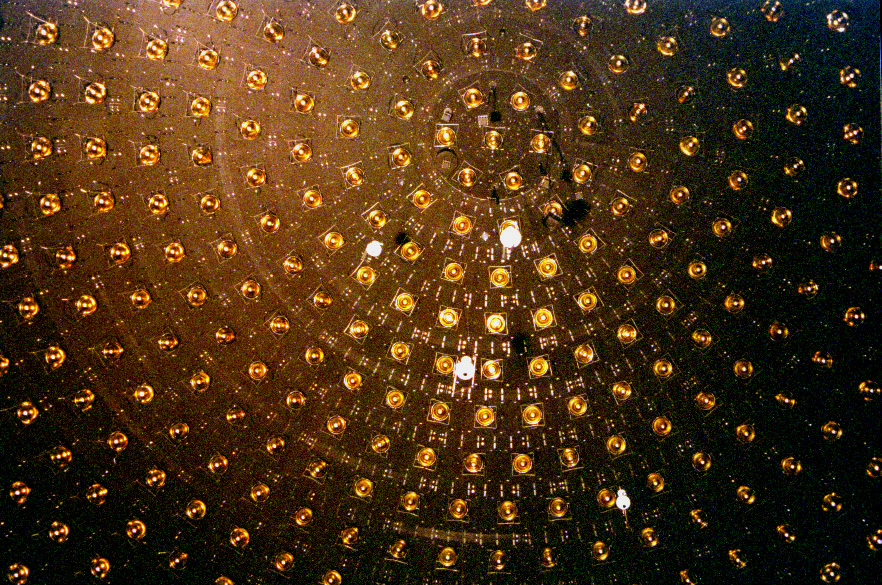 The Soviet-American Gallium Experiment required the collection of a maximum amount of gallium at one place than ever before. The neutrino detectors use water gallium-71.

The liquid metal ion source of gallium is used for creating a focused gallium ion beam. It is typically used in the material science, semiconductor industries, and for site-specific analysis, in biology.

This beam was used in making the smallest book in the world, known as Teeny Ted from Turnip Town. 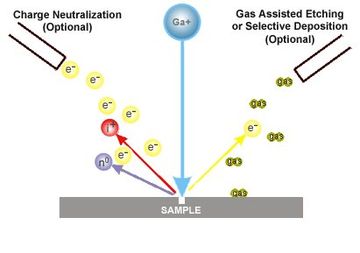 Gallium is also used in making glide wax for skis. It is quite more expensive than the normal hydrocarbon wax and is specially used by ski racers. This wax is also used on other low-friction surfaces.

Therefore, gallium is used for a variety of purposes such as in making semiconductors, alloys, pharmaceuticals, and even, nuclear weapons.