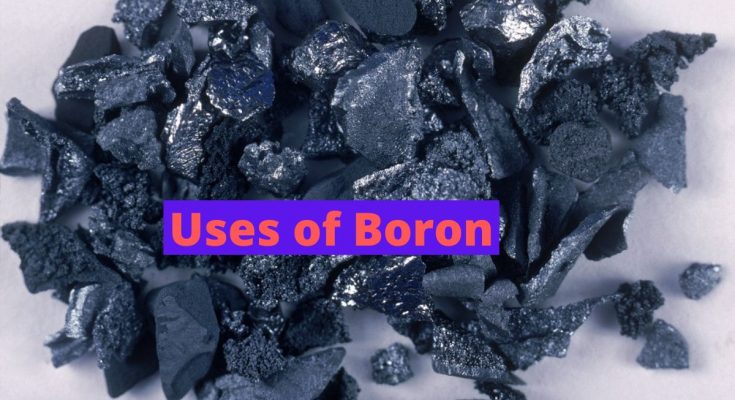 Can you name an element that is very important for plants and plays an equally important role in the nuclear industry?

It occurs as dark amorphous powder and has the highest melting as well as boiling point among metalloids.

Also, it is the second hardest (after carbon) of all the elements present in the periodic table.

We hope you understand what we are talking about. Yes, we are speaking of Boron.

Although boron compounds such as borax (sodium tetraborate, Na2B4O7·10H2O) have been used by humans since ancient times, it was officially isolated by French chemists Joseph L. Gay-Lussac and L. J. Thénard in 1808.

They collected samples from different altitudes and also established that the composition of the atmosphere does not change with altitude.

At the same time, it was also discovered independently by Sir Humphry Davy in London. However, 99% pure boron was isolated by American chemist Ezekiel Weintraub, in 1909, by reducing boron halides with hydrogen.

In 2009, another form of boron was discovered by a team led by Artem Oganov. They named it gamma boron and demonstrated that it contains two structures, B12 icosahedra, and B2 pairs. It is equally hard and more heat resistant than diamond.

Boron derives its name from the Arabic word buraq which means “white.” It is found in low abundance in the solar system, where it is formed due to supernovae and cosmic ray spallation and not due to nuclear fusion within stars or during the big bang.

Boron forms around 0.001% of the earth’s crust. It is usually found in its water-soluble form, i.e., as borate minerals. Industrially, it is mined as evaporates like kernite and borax. The largest known deposits of boron on earth are located in Turkey.

In the laboratory, boron is earlier made by reduction of boric acid in the presence of metals such as magnesium or aluminum. However, owing to contamination issues, this method was discontinued.

Presently, pure boron is made in the laboratory by reducing volatile boron halides, at high temperatures, with hydrogen.

So, isn’t boron a unique and interesting element? If you want to learn more about this amazing element, keep reading…

Boron belongs to the P block of the periodic table where it is placed in Group 13 (IIIa) or boron group and period 2, respectively.

Boron has the atomic number 5 and is denoted by the symbol B. It occurs as a dark, brittle, and lustrous metalloid in its crystalline form.

It behaves like metals by acting as a conductor of electricity at high temperatures, while it behaves as an insulator at low temperatures. Although it is quite hard but is not used in the manufacturing of tools owing to its brittle nature.

Pure boron is known to occur in at least four allotropic forms. Chemically, the boron behaves as a non-metal. Also, crystalline boron is chemically inert at room temperature, whereas its amorphous form is reactive.

Although it is opaque to visible in appearance, boron is known to conduct some parts of infrared radiations. In its elemental form, it is non-toxic. Boron is generally known to form stable covalent bonds with other elements.

A few important properties of boron are listed in the table below:


We have covered all the important properties of boron in this segment. We will now move forward to understand the uses of this semimetal.

Boron filaments are made by deposition of boron vapors chemically over tungsten filaments. These are also known as boron fibers and are recognized for the lightweight yet high strength of the material.

Boron fibers are majorly used in the manufacturing of advanced aerospace structures. It is also used in the production of high-quality sporting goods such as golf clubs and fishing rods.

Laser-assisted chemical vapor deposition allows the translation of focused laser beams that help in the production of crystalline boron spring and other helical structures that are used as reinforcement of ceramics or in micromechanical systems. 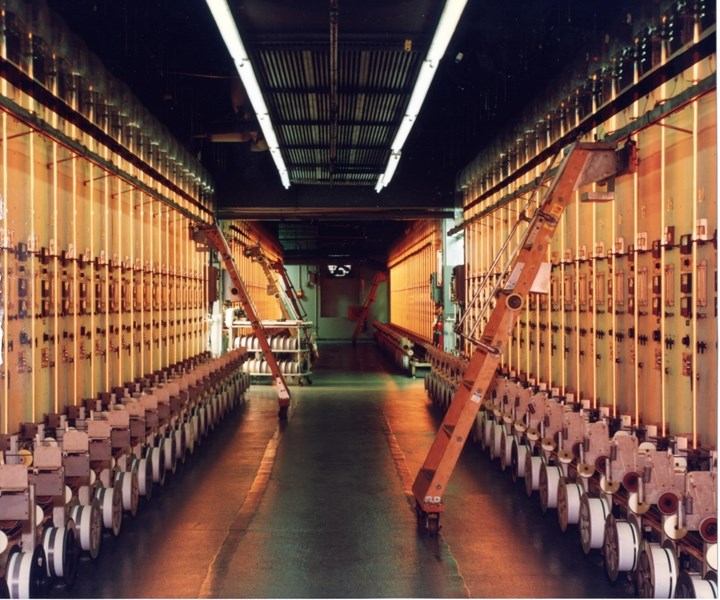 Major global use of boron is in the production of fiberglass. Boronated fiberglasses are made by reinforcing glass fibers with plastic polymer.

Boron here is used in the form of borosilicate, boron oxide, or borax. It acts as a fluxing agent for reducing the melting temperature of silica and helps increase the glass’s strength. 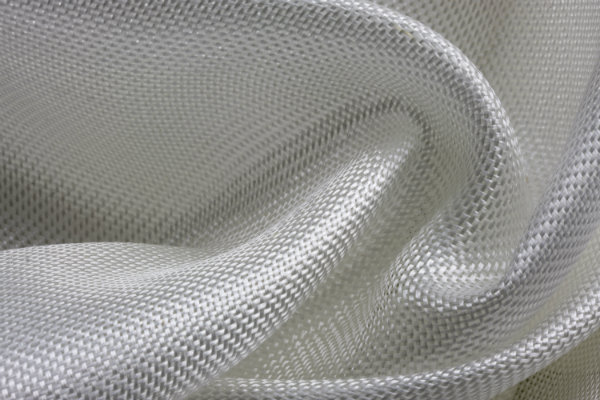 These glasses are especially known for their high thermal resistance as they have a very low coefficient of thermal expansion. They are made using 80% SiO2, 12–15% B2O3, and 2% Al2O3.

They are used for purposes where high-temperature tolerance is required, such as in the laboratory, cookware, bakeware, etc. Two major brands names famous for manufacturing borosilicate glasses are Schott AG’s “Duran” and Owens-Corning’s Pyrex. 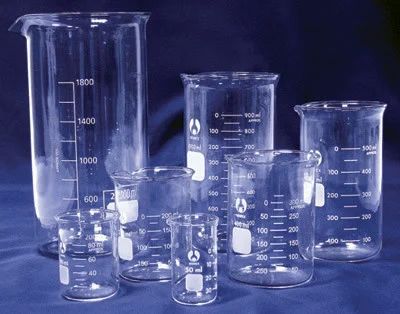 They have a very high structural strength per unit weight. The structure of boron carbide is B4C. It has a semi-crystalline structure made with repeating polymer units.

Boron carbide is used in making bulletproof vests, tank armors, etc. Owing to its ability to absorb neutrons, it is also used in nuclear power plants as a nuclear absorbent.

Cubic boron nitride and boron carbide powders are used as abrasives. It has a slightly lower hardness than diamond but is chemically superior to it.

Its structure is similar to carbon as it also contains both hexagonal and cubic forms. The hexagonal form is used as a lubricant and high-temperature component, while the cubic form works as an abrasive and is sold under the commercial name “borazon”. 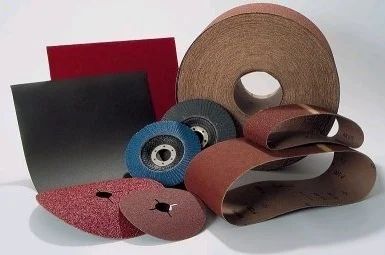 Boriding is the process where boron increases the surface hardness of steel and other alloys. Boron steel is prepared by adding a few parts per million of boron to steel.

Surface deposition of boron on metals and alloys causes the microhardness and surface resistance to increase several folds. These work as a worthy alternative to diamond-coated tools.

Borax, a compound of boron, is used in the manufacturing of household detergents. It is also a component of several tooth bleaching products.

Sodium perborate was added to the detergents as it acts as a source of active oxygen. However, it has now been replaced by sodium percarbonate.

Boron is used in the manufacturing of p-type semiconductors. It is doped with silicon, silicon carbide, and germanium, where having one electron less than the host atom, it donates a hole for electricity conduction.

Earlier, these semiconductors were produced by the technique of atomic diffusion, however, now ion implantation technique is used for this purpose.

Neodymium magnets, considered one of the strongest permanent magnets, use boron as one of their components. These are used in a number of devices, such as medical imaging systems and magnetic resonance imaging (MRI).

They are also used in mobile phones where they help increase the3 audio power of small speakers.

Different forms of boron are used for a variety of biological and pharmaceutical purposes.

• Boric acid is used during the water treatment of swimming pools due to its antifungal, antiseptic, and antiviral properties. It is also used as an eye antiseptic in mild concentrations.

• Bortezomib contains boron as an active element. It is used in the treatment of myeloma and lymphoma.

• Tavaborale is used in the treatment of toenail fungal infections.

• Dioxaborolane is used in radioactive fluoride labeling of red blood cells as well as antibodies. This technique is used for the detection of cancer through positron emission tomography (PET) imaging.

• Along with ammonium chloride, sodium borate is used as a flux for ferrous welding materials. Soldering of silver and gold is also done using sodium borate.

• Flat panel displays and textile fiber glasses are also made using boric acid. It is also used in making PVAc- and PVOH-based adhesives.

Boron and its compounds are used for several commercial and biological purposes, such as the manufacturing of fiberglasses, boron carbide ceramics, bleaching agents, water treatment solutions, pharmaceuticals, etc.