Do you know an element that was actually mistaken to be “Philosopher’s stone” and was used in ancient witchcraft?

An element with such phosphorescent glow that even Galileo got confused.

What do you think is used with the X-rays to make them scatter?

Still can’t figure out what we are talking about?

Well!! The answer is “Barium”.

Hello Friends! We are again here with another interesting topic.

Today we will talk about Barium and its uses. So keep reading to know more.

Barium is an s-block element that belongs to Group 2 of the Periodic table. It is named after the Greek word “Bary” which means heavy. The atomic number of Barium is 56.

It is a soft alkaline earth metal with a silvery glow and is represented by the atomic symbol Ba. It forms about 0.0425% of the earth’s crust which makes it the 14th most abundant element.

It was separated from Pitchblende by Marie Curie while she was searching for radium. Being highly reactive Barium does not occur in free elemental form.

The largest producer of Barium and related products in the world is China, followed by Morocco and India. Commonly occurring minerals of Barium are Barite and witherite.

So are you guys excited to know more about this wonderful element?

Stay with us till the end to get your answers.

I hope you are now thorough with the important properties of Barium.

If so then now, let us move on to understand the variety of uses that Barium has.

Barium is used in several ways to serve a number of purposes. However, mostly it is used in combination with other elements, so you may not recognize it well. Let’s discuss its uses in detail in this section:

Barium has been used for a few centuries by humans. Its role has also changed for humans with the advancing technology. A few historical but important uses of Barium are given below:

Barum was historically used for gettering i.e. removal of unwanted gases from the vacuum tubes to make them perfect for use, for example, in TV picture tubes.

This use of Barium is possible as it has low vapor pressure and reactivity towards carbon dioxide, nitrogen, oxygen, etc. Barium is even known to remove noble gases partially, by suspending them in its crystal lattice.

However, owing to the advent of new technology tubeless LCDs and Plasma TVs have conquered the market.

Barium carbonate was also known to reduce the leakage of X-rays from the Cathode Ray Tubes (CRT) of the television sets.

Due to the great atomic density, it improves the luster as well as the refractive index of the glass.

Barium in the form of oxide is used for the deposition of the emissive coating on the indirectly heated cathodes.

For example, in the case of fluorescent lamps, the electrodes are coated with Barium oxide to help in the easier release of electrons.

Barium has been used commercially for a long time. Below are listed a few important uses of Barium:

It alloys with lead and tin to form soldering alloys to increase the creep resistance; it alloys with nickel to form spark plugs; high-grade steel deoxidizers are made when Barium alloys with calcium, silicon, aluminum, and manganese.

Barium is also added as an additive in the manufacturing of steel and as inoculants to cast iron as it helps reduce the size of the carbon particles to form microstructures.

Barium was also a constituent element of the first High-temperature superconductors, Yttrium barium copper oxide (YBCO). It was cooled by liquid nitrogen having a transition temperature of 93 K.

This is even beyond the boiling point of nitrogen which is 77 K. 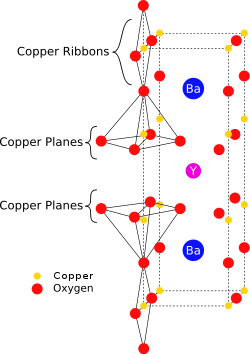 A number of industries use Barium in different forms. The most used form of Barium is Barium sulfate which forms an indispensable component of many industries.

The Petroleum industry utilizes Barium sulfate (BaSO4) also known as mineral baryte, which is added to the oil well drilling fluid, as an insoluble additive. 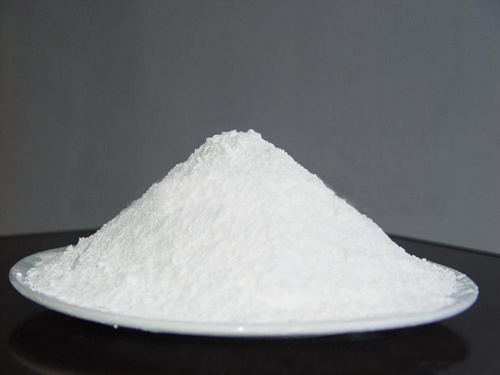 Blanc fixe, which is the French term for “permanent white” is a precipitate of Barium Sulphate which is used in the paint industry for manufacturing paints and varnishes.

Barium sulfate is also used to improve the physical properties of polymers, for example, epoxies. It is used as fillers for plastics and rubbers and also as a coating pigment for papers.

Barium sulfate is also used in the X-ray imaging of the gastrointestinal tract, as a radiocontrast agent. It is due to the high density and low toxicity of this compound.

In the above sections we have discussed many important uses of Barium but, this is not it. There are several other uses of Barium that are hard to be classified into any of the categories mentioned above.

In this section, we will focus on such important uses of Barium. 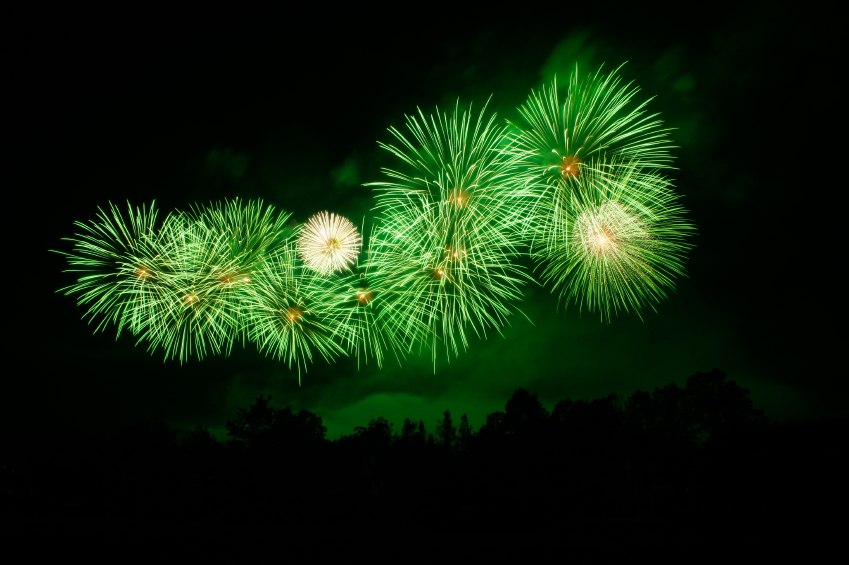 Barium nitrate finds its use in the fireworks where it is used to impart apple green or yellow colors to the crackers.

The aluminothermic reaction (thermite) made use of in the welding of railway tracks utilizes Barium peroxide as a catalyst.

The green flare in a bleaching agent and tracer ammunition is also actually Barium peroxide.

The manufacturers of electroceramics known for their thermal, electrical, and chemical stability also admire Barium titanate.

Barium fluoride is transparent to a wide range of the electromagnetic spectrum, around 0.15-12 micrometers.

This makes it usable for the manufacturing of optics, especially for infrared applications. The optical lenses as well as the windows used in infrared spectroscopy are made using Barium fluoride (BaF2).

Sintered ceramic made with the combination of Barium oxide (BaO) and iron oxide (Fe2O3) is known by the name Ferrite.

It is an electrically non-conductive and ferrimagnetic compound that has the ability to be magnetized temporarily or permanently.

The ‘barium enema’ or ‘barium swallow’ tests are used to analyze many of our internal body organs. In these tests, a liquid solution of Barium sulfate is prepared which is swallowed by the patient.

This suspension travels through the body and coats the surface of many internal body organs and tissues which can now be imaged using X-rays with greater contrast.

This helps in determining irregularities in the shape and size of these organs.

Barium chloride (BaCl2·2H2O) is an important reagent of chemical laboratories. It is used to heat treat the water baths and also in the precipitation of soluble sulfates. 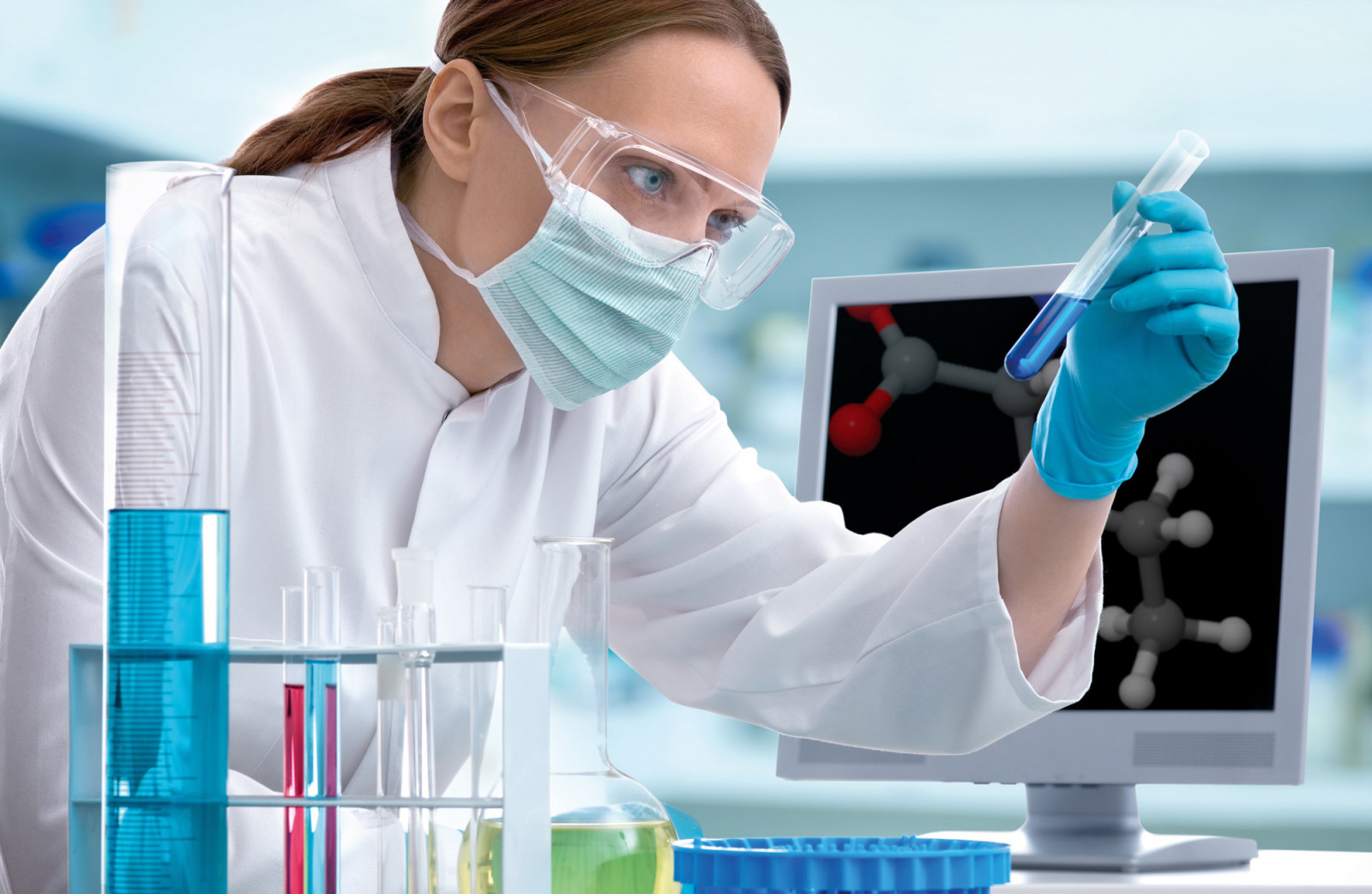 The greater atomic density of Barium is used to increase the refractive index and luster of the glass. Barium compounds are also used in making tiles, rubber, glasses, bricks, etc.

The increased use of Barium in industries is also causing its accumulation in the various ecosystems. The barium dissolved in water is especially dangerous for humans as such water may be available for human consumption.

It can also lead to paralyzes and in severe cases even death of the individual consuming it.

Even if this water is not available for drinking the dissolved Barium may be consumed by the aquatic animals.

Thus, it accumulates in the body of these animals and results in the loss of many aquatic species. Also, if such animals are consumed by humans this may result in severe toxicity.

Therefore, Barium has been used for a variety of purposes since long ago. It is still used in many industries, laboratories, mines, electronics, fireworks, etc.

That’s it for this article. Hope you enjoyed it.