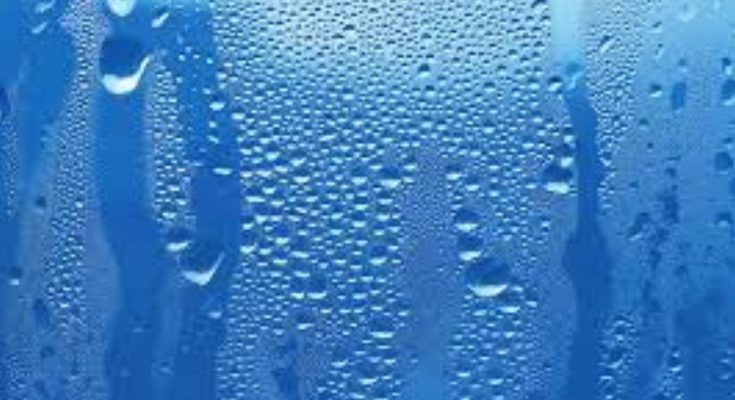 Among all the vital components that constitute the human body, water is the most important. The functioning of all organs depends on the amount of fluid you consume.

Water is also a vital part of our atmosphere. It is present in the air in the form of water vapor; this phenomenon is called humidity.

There are three types of measures of humidity:

In this article, you will learn about humidity, its types, different methods to measure it, and more.

During summer, the water of the sea, river, and pond evaporates; and remains in the atmosphere in the form of water vapor.

Therefore, there is a mixture of both air and water vapor in the atmosphere. Humidity is the measure of water vapors dissolved in the air.

However, the amount of humidity is not constant. It is dependent on various factors, such as if it has rained recently, or if you are near the sea or a forest.

It also depends on the air temperature. As air lowers its temperature, it can hold less water vapor; that is why haze appears when we breathe, or dews appear during nighttime.

At night, when the air is saturated with water vapor and cannot hold any more water. Therefore, the water becomes liquid again. 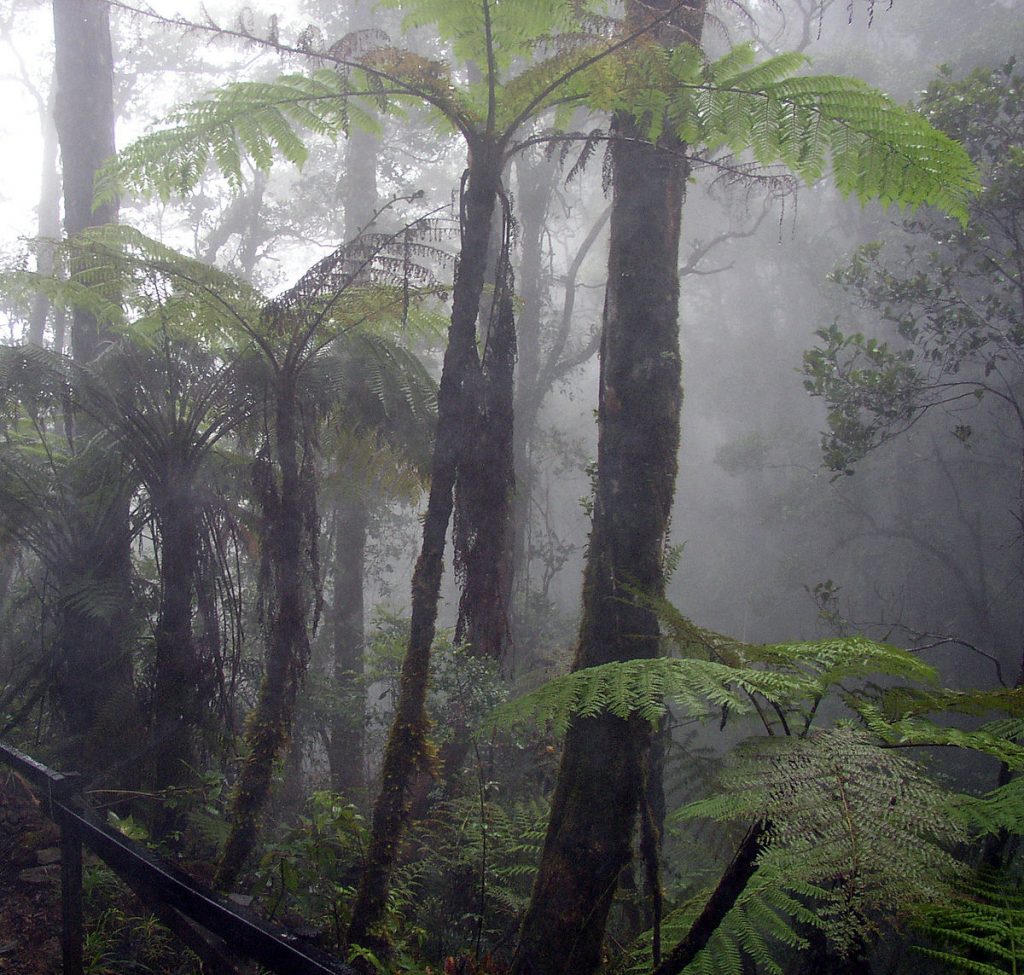 What are the different types of humidity?

There are three different types of humidity, and we will learn about each one of them in this section:

Absolute Humidity is the mass of water vapor present in a certain amount of air before it can condense.

It is necessary to note the temperature condition of Absolute Humidity: the warm air mass has a higher capacity to store water vapor than the cold air mass.

The Absolute Humidity’s unit is in grams per cubic meter.

The mass of water vapor, in grams, is contained in 1m3 of air.

Relative Humidity is the capacity of air to store water, which depends on the saturation point (the extent to which that air holds water), and a certain temperature. It is the most widely used measure of humidity.

At a given temperature, air can hold only a certain amount of water vapor, and in this state, the air is saturated.

If the temperature is raised further, more water vapor will be required to saturate the air.

You can calculate the relative humidity by the ratio between the amount of vapor present in the atmosphere by the maximum volume it can contain, multiplied by one hundred (and the result expressed as a percentage).

Relative humidity of 100% indicates that it has reached its saturation limit point and from there, any excess water vapor condenses.

There is also another, one more way of expressing humility. The mass of water vapor per unit mass of air is known as Specific Humidity.

The mass of water vapor, in grams, is contained in 1 kg of air.

The change in temperature and air pressure does not affect Specific Humidity.

The difference between Relative and Absolute Humidity

Absolute humidity corresponds to the measurement of the amount of water in a certain weight of the air. Its unit is in grams or kilograms.

How can you measure Humidity?

We can measure humidity using various tools. In this section, we will talk about two of them. 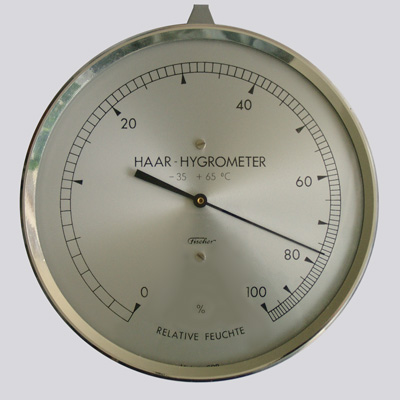 The hygrometer allows us to determine the degree of humidity of air or other gases. In meteorology, it measures the amount of moisture in the atmosphere.

There are three types of hygrometers: 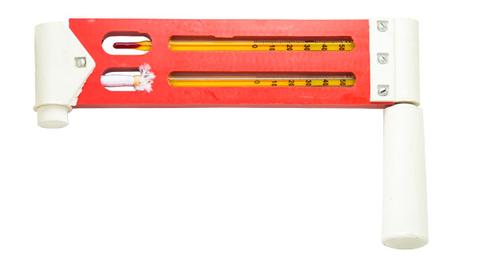 The psychrometer allows us to determine the amount of steam that needs humid air to saturate it. In other words, it measures humidity indirectly.

Psychrometer contains two identical thermometers, one of which is called a “dry bulb thermometer,” which is simply used to obtain the temperature of the air.

The second is called a wet-bulb thermometer, inserted through a wick into the reservoir covered with moistened cloth that keeps it in contact with the water reservoir.

The method is quite simple: the water that adsorbs the web, and for this takes heat from the air that surrounds it, the temperature of which begins to drop.

Depending on the temperature and the initial vapor content of the air mass, the amount of evaporated water will be greater or lesser to the same extent; the temperature of the wet-thermometer will drop more or less.

With the help of these two values, you can calculate the relative humidity using a mathematical formula that relates them.

For greater convenience, there is a supply of thermometers with double-entry tables that directly provide relative humidity values ​​from the temperatures of the two thermometers without making any extra calculations.

Humidity is an important meteorological variable because water vapor is always present in our air. Regardless of the temperature of the air we breathe, there is almost always some vapor in it.

When does air mass become saturated?

You must be curious to know that desert air can hold higher humidity than polar air. It is because warm air is not saturated with water vapor so quickly and can hold surplus water content.

The maximum capacity to hold water vapor is known as saturated vapor pressure.

This value indicates the maximum amount of water vapor that an air mass can hold before it turns into liquid water.

Thanks to relative humidity, you can get an idea of ​​how close an air mass is to reaching its saturation, so, on the days when you hear that the relative humidity is 100%, it suggests that the air mass can no longer hold more water.

After the addition of more water content to the air mass, it will form water droplets or ice crystals, according to the environmental conditions.

It usually happens when the air temperature is too low; because it cannot hold much water vapor.

As the air temperature rises, it holds more water vapor without becoming saturated and does not form water droplets.

For example, in coastal areas, windy summer days are high in humidity with stickiness and sweat, because the wave drops remain in the air.

Due to high temperatures, water droplets cannot form or become saturated, as the air can store a lot of water vapor. It is the reason why there is no dew in summer.

How can you make air mass saturated?

Humidity is higher in the air mass with lower temperatures.

To understand it, you have to think of when you exhale steam from your mouths during winter nights. The air you breathe has a specific temperature and amount of water vapor.

However, when it leaves your mouth and comes in contact with the cold air outside, its temperature drops rapidly.

As it cools, the air mass loses its ability to contain vapor, effortlessly reaching saturation. The water vapor then condenses and forms mist.

Dew temperature or the dew point is the amount of temperature at which a mass of air must reduce to condensation; without changing its vapor content.

Why do clothes quickly dry during summers? 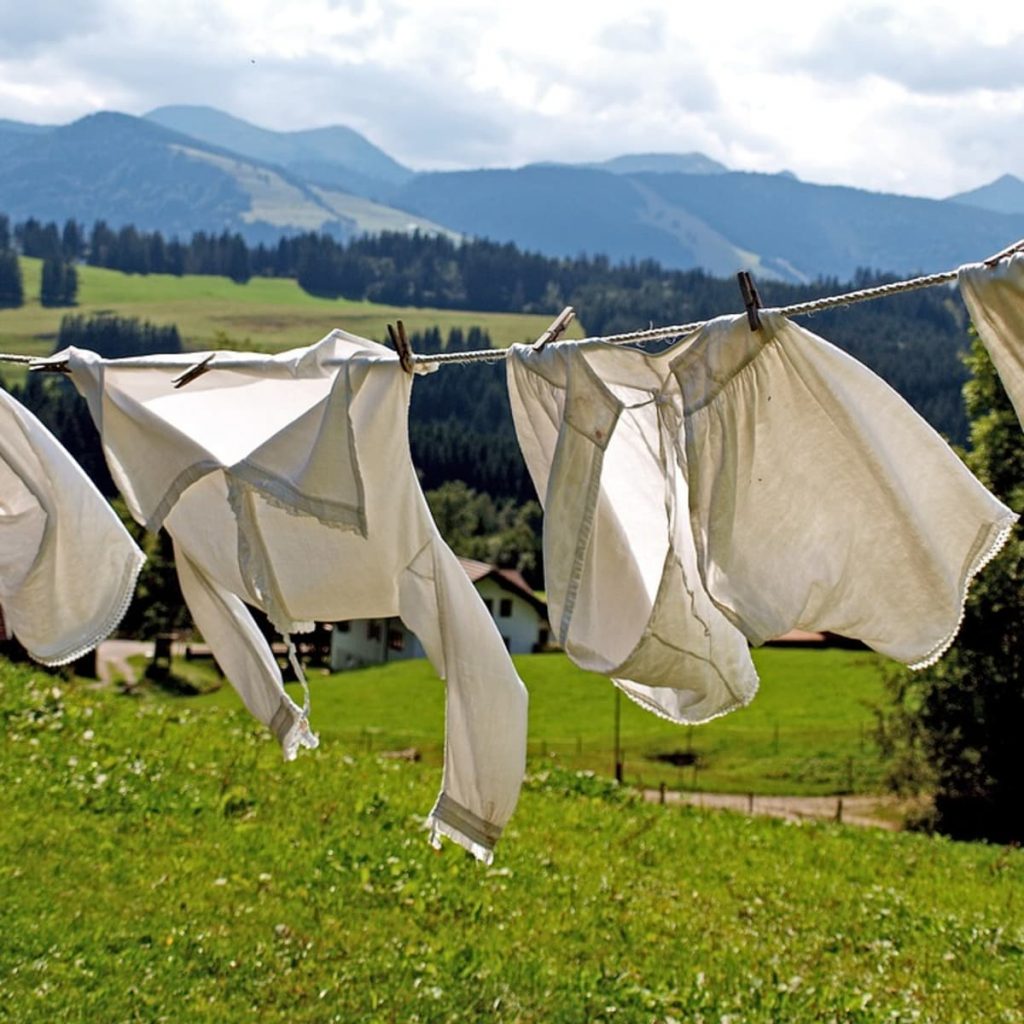 As the temperature rises, the relative humidity increases.

It becomes the reason for the requirement of more water vapor to saturate the air during the summer than in the winter, which leads to more evaporation in the summer.

It is the reason why your clothes dry quickly during summers.

Why do car windows fog up? And how can you remove them? 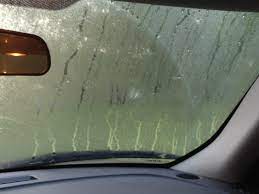 To solve this problem, which can occur in winter, especially at night and on rainy days, you have to think about air saturation.

When you get into the car and come off the road, the water vapor content of the vehicle begins to increase as we breathe and it becomes saturated very quickly due to the low temperature (its relative humidity reaches 100%).

When the air inside the car saturates, the windows fog up. It is because the air can no longer hold any more water vapor, and yet you continue to breathe and release more water vapor.

As a result, the air becomes saturated then all the extra water vapors turn into water. You keep the air temperature constant, but you add a lot of water vapor.

How can you solve this and the fogged glass that you do not have an accident due to low visibility?

By using the air conditioner. By directing the heat to the fog crystals, you would increase the temperature of the air so that it would store more water vapor without reaching saturation point.

In this manner, the foggy windows will disappear so you can drive well, without any additional risk.

How does humidity result in developing clouds, rain, hailstones, and fog?

Due to the decrease in density, the water vapor becomes lighter and rises.

Due to the decrease in pressure and temperature in the upper part of the atmosphere, these water vapors expand and float in tiny droplets of water. It is called a cloud.

When the temperature drops further, these tiny droplets combine to form big water droplets, which fall towards the earth due to their heavyweight. It is called rain.

If the temperature falls further and reaches 0 ° C, these droplets convert into ice and fall towards the earth. It is called a Hailstone.

During winters, when the temperature drops, the water vapor dissolved in the air gets deposited in the form of tiny droplets on the particles of dust and smoke, etc.

Due to which the atmosphere becomes blurred. It is called fog.

The necessity of maintaining humidity levels in our living conditions

The optimum rate of air humidity for the human body is from 40 to 70%.

The humidity level in the atmosphere is often below ideal, creating unfavorable conditions for living. It affects the skin and organs of the respiratory system. In addition, significant changes occur in the heart and kidneys.

Poor climatic conditions entail the development of dangerous diseases. Dry air is a particularly relevant problem during winters due to the usage of heating systems.

How can you maintain humidity levels at your home?

Previously, the rooms held for humidification had a jar with water, hanging wet towels, and the floors often washed. But these actions required additional effort and did not contribute to the complete solution of the problem.

The methods listed below can be useful to maintain humidity levels at your home:

It takes up a small space and does not need to be specifically installed.

Method 2: Frequently ventilate your home to ensure the excess moisture escapes. Open your windows and doors for the air to pass.

Method 3: The indoor plants can increase moisture levels at your home. Therefore, take them out once a day.

Method 4: Sundry your clothes to reduce the moisture levels that rise if you dry them using a dryer. And you can also reduce your energy usage.

In this article, we discussed the types of humidity, how you can measure it. We also learned about the several phenomena of humidity in our daily life.

We also explored some ways to modify the humidity levels at our home.