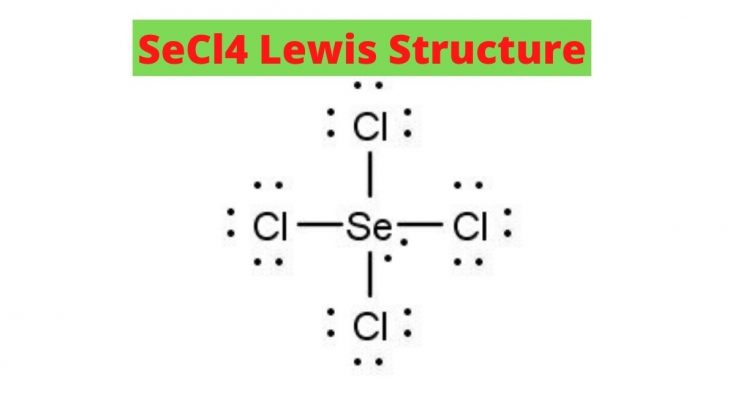 It is a yellow-white volatile solid soluble in water.

In this article, we will understand the basic concepts required to predict Lewis structure, geometry, hybridization, and polarity of a given substance.

One compound can have more than one possible Lewis structure. We look for the structure that satisfies the octet rule and formal charges in such cases.

All the atoms of the main group elements prefer to have eight valence electrons (except period1 elements) to attain stability. This preference for eight electrons is called the octet rule.

The octet rule is important for a stable Lewis structure, but many compounds can never follow the octet rule but are stable. Octet rule does not explain the stability of-

• Hypovalent compounds- central atom is electron-deficient, and its octet can never be completed. For example, AlCl3, etc.

• Hypervalent compounds- central atom is electron-rich due to the expansion of octets and has more than 8 valence electrons on the central atom. For example, SF6, etc.

• Odd electron species- some molecules have odd electrons and can never achieve octet as they cannot have an even number of electrons. For example, NO, etc.

Steps for drawing Lewis structure for a given compound

The chemical symbols for Selenium and chlorine are Se and Cl, respectively. The Lewis dot structure for Se and Cl are as follows- 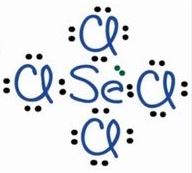 6. Form bonds between adjacent atoms and try to complete the octet for all

Se has six valence electrons in the isolated state. It shares one electron with each chlorine. It can expand its octet due to the availability of vacant d orbitals. Thus, the octet rule is not satisfied for Se in this compound.

Each chlorine atom has 7 electrons in the valence shell in the free state, and it shares one electron with Selenium to have a fully filled configuration. 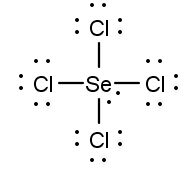 7. Calculate the formal Charge on all atoms.

The net Charge on this compound is zero.

Thus, the structure drawn in step 6 is the best Lewis structure for SeCl4.

Molecular geometry refers to the 3D arrangement of atoms of a molecule in space. VSEPR theory helps in determining the shape and geometry of a given compound.

This theory is based on the principle that the valence shell electrons of each atom in a molecule arrange themselves in such a way that the inter-electronic repulsion is minimum, and the arrangement becomes stable. The stable arrangement is called geometry.

1. First of all, we have to count the electrons in the valence shell of the central atom and let them be equal to A (arbitrary variable)

In the case of SeCl4, the central atom is Se. Se has 6 valence electrons. (Shown in step1 of drawing lewis structure)

In SeCl4, there is no contribution of Charge and B=4 only.

For SeCl4, there are 5 electron pairs.

Using this information, one can easily find the geometry and shape for SeCl4 from the table below.

Electron geometry is trigonal pyramidal, and shape is a see-saw. The geometry and shape are different for compounds with lone pairs. 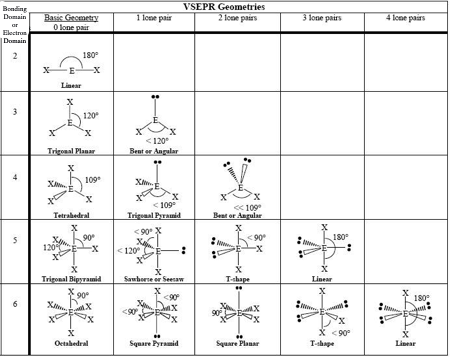 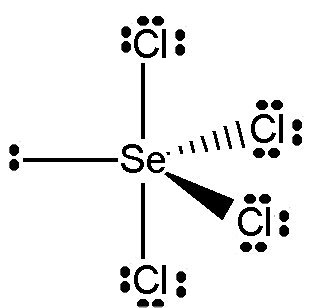 Hybridization is one of the fundamental concepts used to explain bond formation.

For example, one 4s and one 4p can form two sp hybrid orbitals, but 4s and 8d cannot. 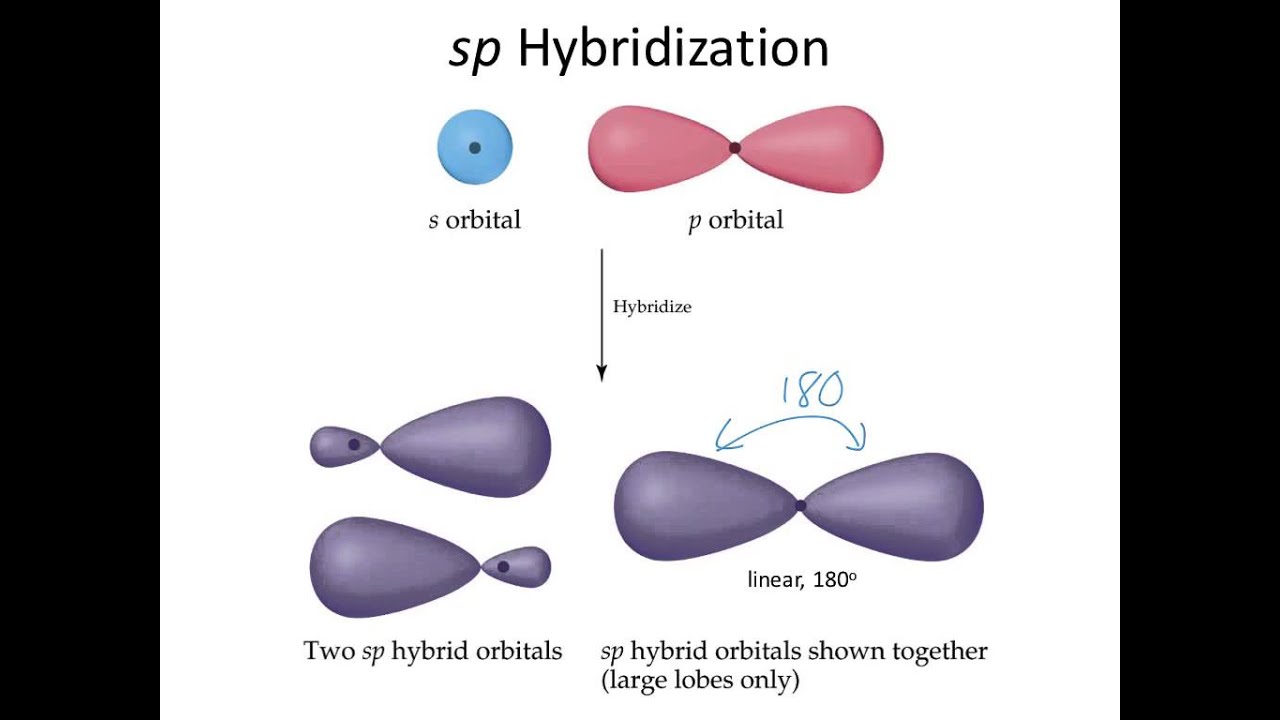 In the ground state, Se has 2 unpaired electrons. It can only form two bonds. Promotion of electrons takes place from 4p to 4d, and 4 valence electrons become unpaired. 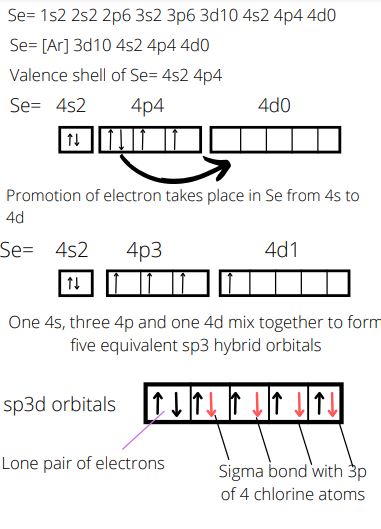 The steric number refers to the total number of electron pairs on the central atom.

Hybridization comes out to be sp3d from the table. 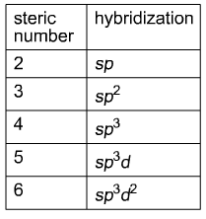 Dipole moment = charge* distance of separation between the charges

We need not calculate the exact value of dipole moment to determine polarity but can do a qualitative assessment of the compound for the same.

The dipole moment of a compound depends on

• Dipole moment, which in turn depends on the difference between the electronegativities of atom forming bonds.

The electronegativity of Se and Cl is 2.55 and 3.16, respectively. The difference comes out to be 0.61. Thus, the bonds are polar.

Polar bonds do not guarantee a polar molecule. We consider the geometry and symmetry of the compound as well. The shape is a see-saw, and the bond vectors do not cancel each other out. Thus, the compound is polar. 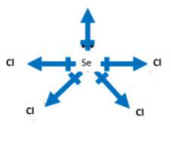 Selenium tetrachloride is a covalent compound.

The Lewis structure drawn in the above sections is the most suitable. Se expands its octet and is a hyper-valent compound.

The geometry of the compound is trigonal pyramidal, and the shape is a see-saw. The hybridization of the central atom is sp3d.