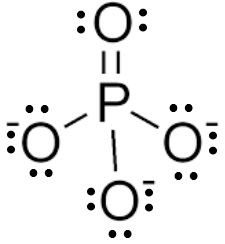 Did you know that the bones in our body compromise majorly of phosphate ions (tricalcium phosphate)? It’s not only present in our bones but even in our teeth as well. That sounds quite interesting, right?

It’s not only essential for humans but for plants as well. So it’s important we learn about this compound and see what makes it so special.

Phosphate or PO43- is a trivalent inorganic anion that is derived from phosphoric acid. It consists of a number of salts that contain the phosphate ion, the dihydrogen phosphate ion, and lots of cations (positive charge) like calcium, sodium, etc. It occurs naturally in food, water as well in humans (bones, teeth, and genes).

USA, China, and Morocco are currently the leading producers of phosphate due to the maximum presence of phosphate rocks (minerals) in these countries.

Now that you realize its importance, let us study PO43- in detail and learn about its Lewis structure, Hybridization, shape, and polarity.

To draw the Lewis structure of any compound, we always use the concept of valence electrons (number of electrons in the outer shell of each atom).

The overall charge on the phosphate ion is -3 and the phosphorus atom is in an oxidation state of +5.

In the Lewis structure of PO43-, P forms single bonds with 3 oxygen atoms and forms a double bond with one oxygen atom. These oxygen atoms carry a charge of -1.

Let us now look that steps required for drawing a Lewis structure:-

1. Counting the total number of valence electrons of the molecule.

2. Locating the central atom of the molecule.

3. Arranging the electrons as lone pairs to form bonds with each atom.

4. Arrangement of the remaining valence electrons so that each atom completes its octet.

5. Converting potential lone pairs into double or triple bonds to make the molecule more stable. We also check the formal charge of each atom and make sure that it is the lowest possible.

The best Lewis structure of any molecule will have 0 as the ideal formal charge for each atom. The formula for calculating formal charge is given below:-

3. Now we start arranging these electrons as lone pairs on each atom so that it resembles a chemical bond. 8 valence electrons are used up for this. 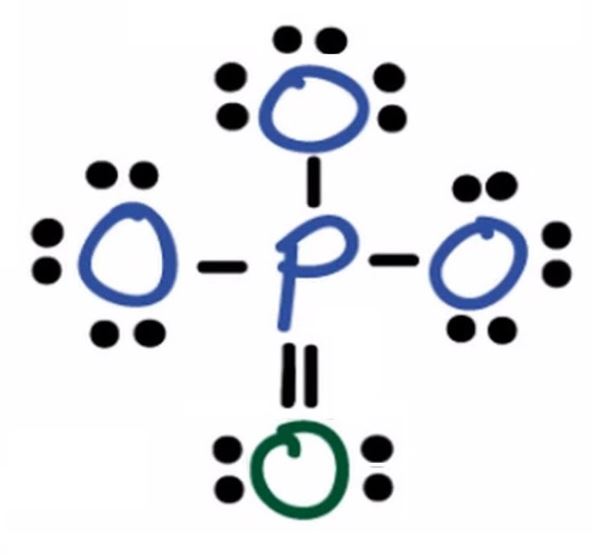 But is this the lowest formal charge possible? Remember that the charges on each atom of a molecule make it more unstable. So the best Lewis structure should ideally have each atom with a charge of 0 on it.

In PO43-, P can hold more than 8 valence electrons (period 5). So, if P makes a double bond with one of the oxygen atoms then P will have a charge of 0 and so will the doubly bonded O atom. The rest 3 O atoms will have a -1 charge, thus giving rise to the -3 charge on the molecule.

We cannot induce more double bonds with O for the simple reason that P will acquire a -1 charge which will make the molecule highly unstable.

Thus, we get the required best Lewis structure for PO43-.

Let us now take a look at the Hybridization of the molecule which will give us more information on the nature of their chemical bonds.

The Hybridization of PO43- is Sp3.

This can be understood through two methods:-

Method 1: The theory aspect- Hybridization of PO43- can be found by adding the number of bonds and the lone pair of the central atom. The value of Hybridization (H) is determined by:-

If H=2 then it’s sp hybridized.

H=4 means that its sp3 hybridized.

H=5 means that it is sp3d hybridized.

And H=6 means that its sp3d2 hybridized.

In PO43-, we know P is the central atom. It makes 4 sigma bonds with each O atom (double bonds/triple bonds are considered as one sigma bond) and it has no lone pairs present on it. So total value of H is 4, which makes the molecule Sp3 hybridized.

Method 2: Next we come to the formula aspect of hybridization. This is useful if you don’t remember the theory.
The formula to find the Hybridization of any molecule is given below:-

H= Hybridization of the molecule

V= Number of Valence electrons of the central atom.

A= Charge on anion or more electropositive atom.

Here P is the central atom so V =5 (valence electrons)

M= 0, since Oxygen (O), is a divalent atom, so there are no monovalent atoms bonded to the central atom.

Hence, the hybridization of PO43- can be found by using these two methods.

The next important step is to determine the molecular geometry of PO43-.

The molecular geometry of a molecule gives its shape as well as the bond angles.

The molecular geometry of PO43- is Tetrahedral. The bond angle formed between each atom is 109.5 degrees.

The notation AXN can be used to determine the molecular geometry of any molecule. A denotes the number of central atoms.

Looking at PO43-, A=1 since P is the only central atom. X= 4 as there 4 atoms of O attached to the central atom. N will be zero as all the electrons are involved in bonding and there are no lone pairs. Thus using the formula, we get the shape for PO43- as AX4.

If we look up this notation in the VSEPR chart given below we find that PO43- has a tetrahedral shape. 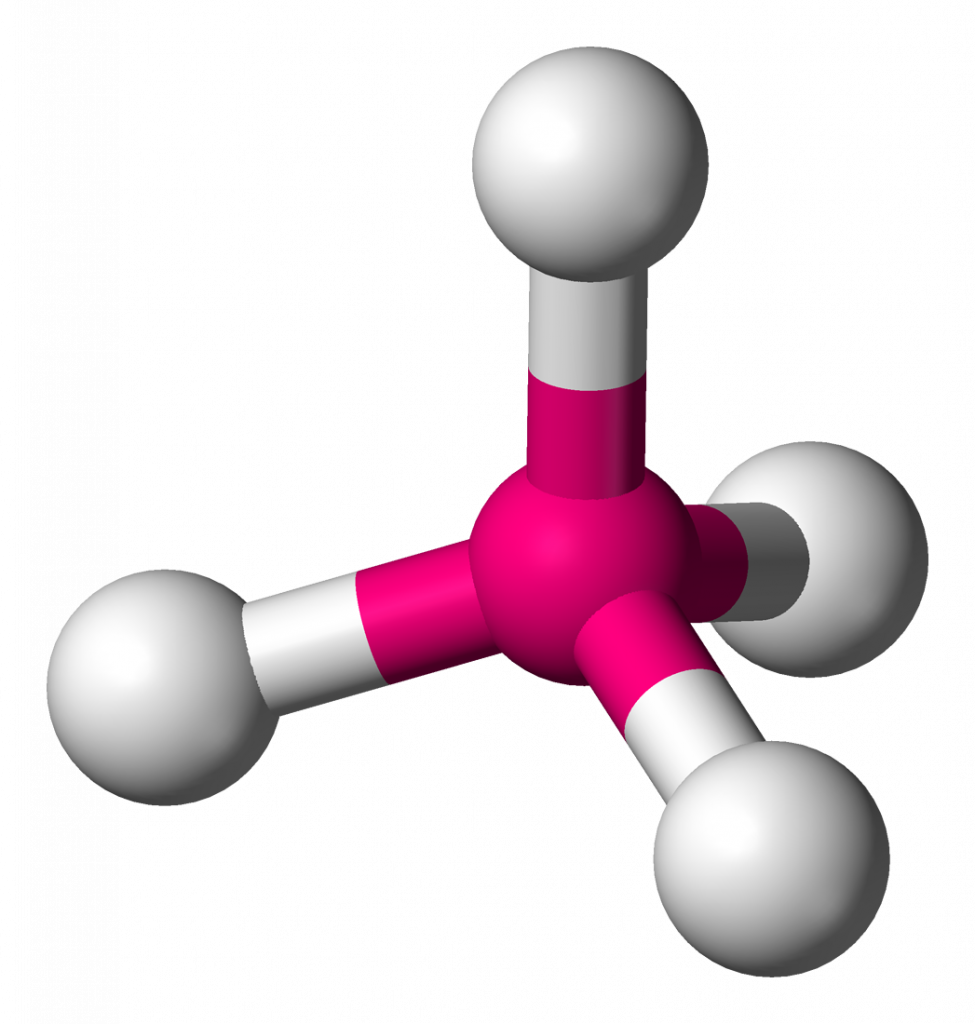 PO43- is a non-polar molecule.

Electronegativity difference is the main factor due to which polarity occurs in a molecule. Polar molecules usually have an asymmetrical shape and their net dipole moment is never zero.

The electronegativity difference between P (2.1) and O(3.5) is greater than 0.5 making the P-O bond polar. But is PO43- as a molecule polar?

To confirm this fact, we can also take a look at its molecular geometry. It has a tetrahedral shape with each dipole moment going in the opposite direction, making the net dipole moment 0 which makes PO43- a non-polar molecule.

The molar mass of PO43- is 94.97 g/mol. It is extensively used in toothpaste as polishing and a conditioning agent. It is also used in various cleaning agents and pesticides as well making it quite useful for getting rid of dirt.

So now, we have learned everything we need to know about the PO43- molecule ranging from its Lewis structure, hybridization, molecular geometry, and polarity.

Now you have strengthened your basics for the molecule P043-. If you have any doubts regarding the above-mentioned points please feel free to address me. Study Well!