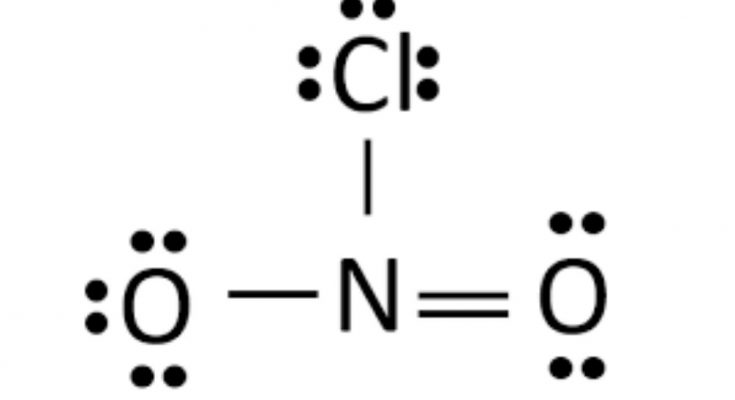 NO2Cl popularly known as Nitryl Chloride is a volatile inorganic compound that is mostly used as a nitrating agent for typical aromatic compounds.

Further in the article, we will draw the Lewis structure and even know about the hybridization, geometry, and polarity of Nitryl Chloride (NO2Cl). But before that, let us make ourselves aware of some small yet important concepts to move ahead.

Valence electrons are the electrons that are held by the atom in its outermost shell and are responsible for bond formation.

During the bond formation, the atom completely donates or accepts electrons or even shares them together in order to achieve an octet. Valence electrons help in bonding by getting donated, accepted, or shared during bond formation.

The octet rule states that, in order to become stable, atoms have to attain 8 electrons in their valence shell or nearest stable noble gas configuration.

There are always exceptions in chemistry. Regarding the octet rule, it is that hydrogen only requires two electrons in its one and only shell to achieve a stable state like other noble gaseous atoms.

Lewis structure gives us a simplified representation of the valence electrons of all the atoms in a molecule. It gives us an idea about the bond order, bonding, and lone pairs of electrons.

For Nitryl Chloride (NO2Cl), the total number of valence electrons available is 24(5 from nitrogen + 7 from chlorine + 6(2) from 2 oxygen atoms). These 24 electrons are required to form a single NO2Cl molecule.

Let us follow the steps to draw the lewis structure of the NO2Cl molecule.

Step 1: Firstly, we will calculate the overall valence electrons present in the molecule.

Nitrogen belongs to group 15, oxygen to group 16, chlorine to group 17 of the periodic table indicating 5, 6, and 7 valence electrons in the atoms respectively.

Step 2: Secondly, we will check the atoms that are electron-deficient and also the number of electrons that they seek to achieve an octet.

For nitrogen it is 3 electrons, for two oxygen atoms it is 2 electrons each and for chlorine atom, it is 1 atom deficient to gain a stable noble gas configuration.

Step 3: Next, we will note down the number of bonds and their types of bond formation across the molecule.

In our case it is Nitrogen.

Now we will illustrate and draw the Lewis structure of NO2Cl as shown below. 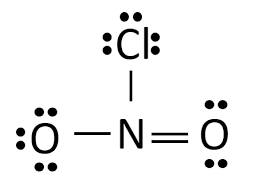 Examining the Lewis structure of NO2Cl, we find that every atom in the molecule has a total of 8 electrons now resulting in the fulfillment of their octets.

As it is visible, 0 lone pairs are surrounding the nitrogen atom whereas there are 3 lone pairs on chlorine and 2 and 3 lone pairs of electrons on the respective oxygen atoms.

This is how in steps we draw and predict the Lewis structure of various molecules which gives us a finer grasp of the bonding and the structure of the molecule.

Hybridization is the concept of the mixing of atomic orbitals with insignificant energy differences to form hybrid orbitals having the same energy, shape, and size. The new orbitals formed are called hybrid orbitals and serve the purpose of chemical bonding in valence bond theory.

The new hybrid orbitals arrange themselves in a Trigonal planer geometry with a 120° angle.

Hence, in the case of Nitryl Chloride (NO2Cl ) studying the electronic configuration of Nitrogen, we see: [He]2s22p3. Now in order to bond with 2 oxygen atoms and 1 chlorine atom the nitrogen atom must undergo sp2 hybridization in accordance with valence bond theory.

Upon hybridization, the 3 new sp2 hybridized orbitals form 3σ bonds with oxygen and chlorine atoms, and the remaining p orbital forms a π-bond with the oxygen atom resulting in double-bonded oxygen and nitrogen atom.
The above explanation illustrates how 3σ bonds and 1 π bond are formed in Nitryl Chloride (NO2Cl).

According to VSEPR Theory, every atom in the molecule assumes a position in space to minimize repulsion between the electrons present in the atom’s valence shell.

Having no lone with 3 bonding pairs and an sp2 hybridization would make the geometry of NO2Cl to be ideally Trigonal Planar with a bond angle of 120°.

Due to the absence of lone pairs, NO2Cl has a symmetrical charge distribution. The bond angle is 120̒° and the bond length between N-Cl is 1.83Å and that between N-O is 1.21 Å. 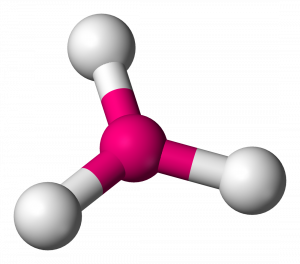 This electronegativity difference in the molecule leads to the distribution of charges unequally between the constituting atoms and hence resulting in the polarity of the molecule.

Let us consider the geometry of Nitryl Chloride (NO2Cl), which is a trigonal planar with sp2 hybridization of the nitrogen atom. We will see that because of trigonal planer geometry and the absence of lone pairs, the charge distribution is symmetrical in the molecule.

The above explanation proves to us that nitryl chloride (NO2Cl) is polar in nature. 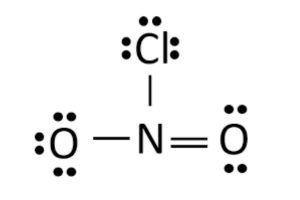 This concludes our article on the geometry, hybridization, polarity, and Lewis structure of NO2Cl.