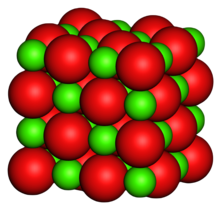 Magnesium Oxide (MgO) is one of the most abundant elements on Earth and present in the form of rocks such as dolomite, silicate, and magnesite. Moreover, magnesium oxide is also present in the seawater and is produced mainly by the calcination of magnesite (MgCO3).

Besides this, there are many health benefits of consuming magnesium oxide, which makes it one of the most preferable compounds to study by scientists.

Magnesium Oxide is hygroscopic in nature, which means, it carries the capacity of withholding water molecules from the environment either with the help of absorption or adsorption process.

Due to this, within the human body magnesium oxide mixes with the water to produce magnesium hydroxide which is a well-known antacid reducing acidity.

Peristalsis is the involuntary movement of the digestive tract muscles producing wavelike contractions. These contractions initiate long reflex processes within the body that are associated with the stomach.

The electrons present in the outermost shells of the atom are called valence electrons. Only these electrons participate in the bond formation as they are the farthest from the nucleus and bear the least amount of attraction from it.

Due to it, even with a little attraction faced by another nearby atom, these electrons get excited and undergo bond formation to produce a new molecule altogether.

The Lewis Structures help with determining how the valence electrons of an atom participate in the bond formation to produce a molecule and eventually a compound. It is studied by analyzing how the electrons are present in the outermost shell (valence electrons) and how they are forming the single, double and triple bond.

Moreover, the structure helps with determining the reason for the molecular geometry of a molecule. Due to this, reason, the Lewis diagrams are drawn more for covalent compounds and not much for the ionic compounds.

Magnesium oxide is an ionic compound where magnesium loses the valence electrons and oxygen receives them to achieve a stable condition. This behavior can be explained by studying the Lewis structure of magnesium oxide which begins with analyzing the atomic numbers of the participating chemical elements which are Magnesium and Oxygen in this case.

Whereas, the valence electrons are accepted when more of them are already present, and accepting a few would suffice the octet. In the case of magnesium oxide, as oxygen already has six valence electrons and needs only two to stabilize its atomic structure, magnesium donates the two electrons with the help of an ionic bond.

Steps to Draw the Lewis Structure of magnesium oxide (MgO)

Step 3. Search for the central atom to begin drawing the Lewis structure: As there will be no sharing of electrons, there cannot be any central atom.

Step 4. Search for the bond forming between the magnesium and oxygen atoms: The ionic bond will be formed between the atoms as magnesium will be donating two of its valence electrons from the 3s shell to fulfill the electron deficiency in the oxygen atom.

Step 5. Now draw the Lewis structure of magnesium oxide (MgO): From the diagram, it is clear that Magnesium is a cation as it has a 2+ positive charge whereas oxygen is an anion as it has a 2- negative charge.

It might be interesting to realize that oxygen is a diatomic molecule where two magnesium atoms will be required to combine with one oxygen molecule to form two molecules of magnesium oxide (MgO).

Moreover, the number of atoms donated or accepted in the case of ionic bonding is the same as the valency of the participating elements.

The ionic compounds are formed when one atom donates the valence electrons while the other accepts them with no sharing of electrons between the participating atoms.

These compounds are nothing but held by the electrostatic force of attraction between the cation (positive) and anion (negative) ions.

In the case of magnesium oxide (MgO) both the participating atoms are in the form of ions that are not directional, so they cannot have molecular geometry, hybridization, and molecular orbital diagram.

This is the reason why even after having a stable atomic structure, magnesium exposes to a higher energy level by the oxygen atom, which takes away two electrons from the outermost shell to stabilize the oxygen.

The structure of ionic compounds is studied with the help of coordination geometry which is directionless saying that the crystal lattice of magnesium oxide is tightly bonded in the octahedral shape giving rise to its high melting point.

Moreover, the crystal structure of the magnesium oxide is Halite (cubic) in shape having a lattice constant of a = 4.212Å.

The coordination geometry, not based on direction, is studied where the Valence Shell Electron Pair Repulsion (VSEPR) theory is not applicable.

This means the coordination geometry applies to the crystal lattice theory that targets the study of ions. 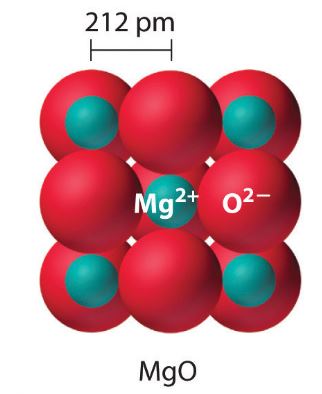 Moreover, as there is the separation of charges occurring where magnesium is a cation and oxygen is an anion, magnesium oxide can be considered a polar molecule.

Fagan’s rule helps with determining whether the bond-forming is covalent or ionic in nature. The ionic bonds have a low positive charge, large cation, and small anion which is the case of magnesium oxide (MgO).

When analyzing the polarizing power of the large cations (Magnesium 2+ ions), their volume was found to be more. So, we can conclude that the charge density of the participating ions will be low, as the volume is high.

So, the polarizing power of the participating ions will be low because the charge density is low. This condition makes the magnesium oxide (MgO) molecule ionic in nature.

Now, when we analyze the polarizability of the small anions (Oxygen 2- ions), their effective nuclear charge that holds the valence electrons was found to be more. As the valence electrons are loosely bonded within the anions, they are easily polarized both by anion and cation which makes the magnesium oxide (MgO) more ionic in nature.

The magnesium oxide is a non-metal ionic compound that is formed because of electrostatic forces of attraction where no rules of covalent molecules, such as molecular geometry, hybridization, molecular orbital (MO) diagram, and polarity are followed.

It can be clearly seen that the magnesium is a cation having a 2+ charge and oxygen is anion because of 2- charge. Due to this, in place of molecular geometry, crystal lattice structure can be studied and the magnesium oxide molecule can be considered polar, though the property is limited to covalent bonded molecules only.