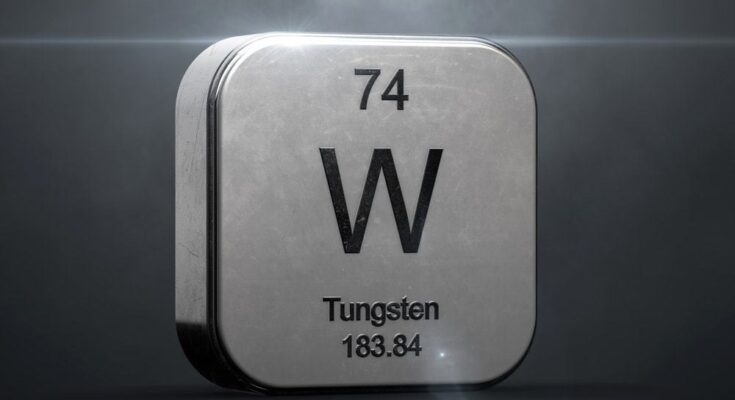 So, is Tungsten Magnetic? Yes, Tungsten is partially magnetic or paramagnetic in nature because of the presence of unpaired electrons and realignment of those electron paths because of an external magnetic field. Therefore, it is weakly attracted by magnetic.

This property is induced due to the presence of unpaired electrons in the atom of the substance. Examples of some of the compounds having this property are aluminum, iron oxide, oxygen, etc.

Why paramagnetism occurs in Tungsten?

It happens due to the presence of unpaired electrons in the outermost shell of an atom.

When the electrons spin, they develop a magnetic dipole moment which compels them to act like tiny magnets.

The presence of an external field makes the electrons to spin parallel to itself, causing a net attraction.

How to find if an element is paramagnetic?

The simplest method of all is to draw the electronic configuration of the element and check for the presence of unpaired electrons.

If present, then the element is paramagnetic otherwise can be a superconductor, diamagnetic and ferromagnetic.

As shown in the above diagram, it is the presence of four unpaired electrons in the 5d shell which makes Tungsten a paramagnet.

When the electron’s spin, they develop a magnetic dipole moment which compels them to act like tiny magnets. The presence of an external field makes the electrons to spin parallel to itself, causing a net attraction.

Will a magnet attract Tungsten?

No. Being a paramagnet, a static magnetic field of a magnet is not going to attract Tungsten.

In an experiment, try spinning a Tungsten ring. The charge in the ring is like a current.

Ideally, a positive charge will cancel out the negative charge but in reality, or locally they don’t. This changing electric field induces weak magnetism that reacts to an external available magnetic field.

Such a phenomenon needs an electric field that is generated from the changing magnetic field. Passing a magnet in or out of a ring will create a current. As both of them will repel so, the ring will fly off or might hit you hard.

It depends upon the binder used while alloying.

Tungsten carbide is an alloy where its magnetic property depends upon either the Cobalt or Nickel binder. And, cobalt strongly attracts a magnet, but Nickel does not.

So, if Tungsten Carbide has nickel-binder, it won’t attract a magnet, while it does if the binder is cobalt.

Yes, even if the ratio of Tungsten to carbon is 50, still a metal detector can detect it.

It is because when a metal detector comes in contact with Tungsten carbide, the electrical conductivity is not drastically changed.

A metal detector contains a coiled wire through which electricity flows creating a magnetic field around it. When the detector is swept over another metal like Tungsten or Tungsten carbide, it affects the atoms of the metal.

It changes the way electrons are moving in the metal. A changing magnetic field induces an electric current which further gives rise to magnetism.

If you realize, it does not matter much whether carbide is present or not. Basically, Tungsten is responding with the magnetic field of the metal detector. Carbide is not affecting the flow of electrical current in any way. 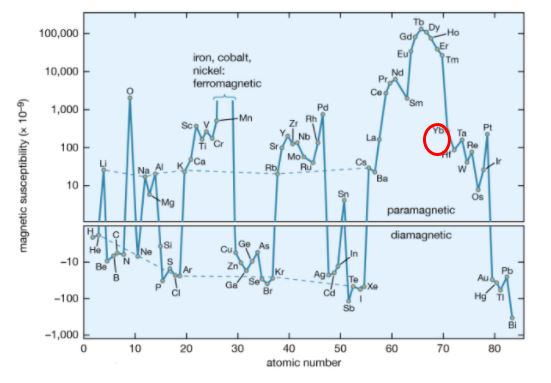 The graph clearly shows the value to be quite low where the actual calculation can be done using the Brillouin function. It confirms the presence of weak to very weak magnetism in Tungsten.

The Brillouin function of Tungsten 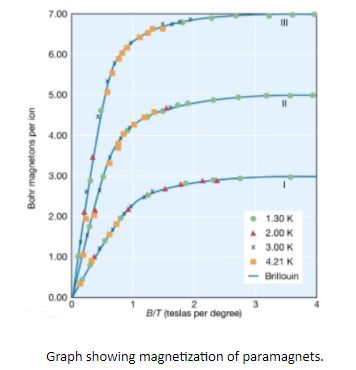 Through the curves are for the ions of iron ammonium alum, Chromium, Gadolinium sulfate octahydrate, and Potassium alum, Tungsten, and its alum follow a similar trend.

Tungsten strictly follows the Brillouin function that helps with calculating the magnetization of the ideal paramagnets.

The graph shows, after reaching a certain point, values become constant. It confirms after a certain period, under a constant external magnetic field, the very own magnetic field of the Tungsten gets constant.

As the phenomenon of magnetism solely depends upon magnetic and electrical fields, it is crucial to study the conductivity of the Tungsten.

Tungsten being a paramagnet, has a permanent magnetic dipole moment because of the presence of unpaired electrons, where they do not cancel electron and orbital spins equally.

But, in the absence of an external magnetic field, the orientation of the net dipole moment is randomly arranged throughout the element which compels no to very weak magnetization behavior.

What is the difference between ferromagnetism and paramagnetism?

Ferromagnetism is a property by which elements strongly attract a magnet. Iron is one most commonly seen examples.

Whereas, elements are weakly attracted to the magnet under paramagnetism.

Only these are two properties that attract a magnet, whereas superconductor and diamagnetic repel magnet.

What is a magnetic dipole moment?

Magnetic moment defines magnetic strength as well as the orientation of an element that produces a magnetic field.

What is a magnetic field? 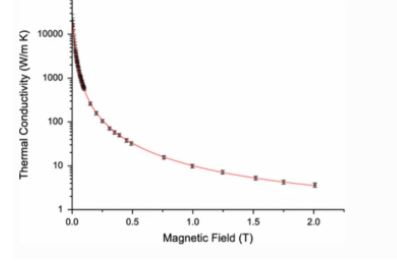 The thermal conductivity of Tungsten decreases with an increase in the magnetic field.

Here, a question arises: If a paramagnet is kept, in a magnetic field and where it is increased till magnetization gets constant.

If, the temperature is decreasing then, how the magnetization property of paramagnet will behave?

As can be seen from the graph, heat is inversely proportional to the fluctuating magnetization behavior of a paramagnet, the magnetization will increase with the decreasing temperature.

In magnetism, there is nothing as constant values, as both electrical and magnetic field alters the electron’s spin leading to infinitesimal changes in values.

Out of all metals, tungsten has the highest melting point of around 3420 °C.

Tungsten develops a layer of patina on its surface that protects it from rust from external conditions. Here is the article related to the rusting of tungsten.

It is widely used in the bulbs and incandescent light bulbs,

Tungsten is a metal having no iron, so there is no chance of it being a ferromagnet. Because Tungsten has four unpaired electrons, all unexcepted properties mainly originate from because of it.

From all, showing weak magnetism is one such weird phenomenon for Tungsten. It makes Tungsten paramagnetic in nature which can be converted into ferromagnetic by choosing a suitable strong ferromagnetic element.

While alloying, Tungsten can be mixed with cobalt, iron, and any other strong ferromagnet to reduce its paramagnetic characteristics.