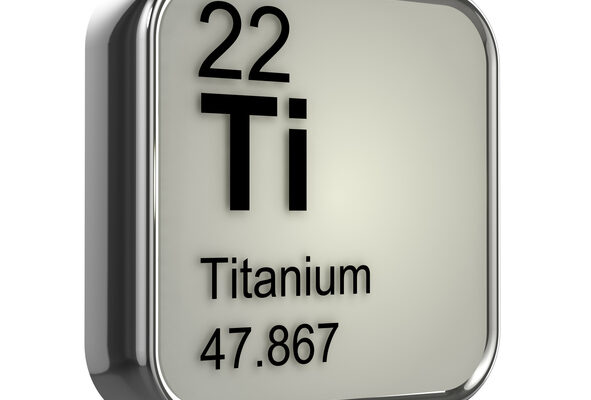 Recently one of my friends had to have an MRI scan, and he asked me if it’s safe to have an MRI with hip and knee replacement. Titanium is used for such replacements and both of us were doubtful about its magnetic properties.
So while researching a bit about this silvery-white colored transition metal, which is ruling the industrial as well as the medical field with its immense use, I found some really interesting and useful information. Let’s go through them and dive deep into the “Titanium World”!

This metal with 22nd position in the periodic table and with an atomic mass of 47.867, was discovered by the Reverend William Gregor, an English pastor, in the year 1791.

The name “Titanium” was derived from the Greek word “Titans”, which mythologically means “first sons of the earth”. Pure titanium was first produced by Matthew A. Hunter, an American metallurgist, in 1910.

Titanium is among the top 10 most abundant elements on Earth’s crust. In the natural state, it is always found to be bonded with other elements.

Both are extracted from salt and Titanium is separated from other materials.

Some properties like high tensile strength, high resistance to corrosion, tolerance to high temperatures have raised the importance of this metal in different fields like aircraft, spacecraft, and medical fields as well.

Being 45% lighter than stainless steel and with an ability to withstand repeated strain, loads and temperature, makes this metal perfect for making aircraft and spacecraft.

Contents show
Why is Titanium paramagnetic?
Is a magnet attracted to titanium?
Are Titanium complexes magnetic?
Is Titanium alloy magnetic?
Properties of Titanium
Conclusion

Why is Titanium paramagnetic?

This explains the paramagnetic nature of Titanium. Even according to the applications of the Crystal Field Effect, we can see that the magnetic moment, which tells us about magnetic strength is 1.73 BM for Titanium. 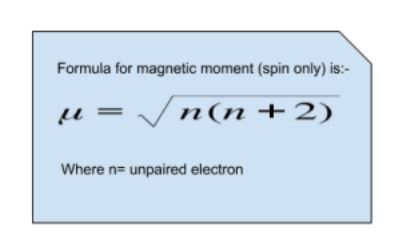 When an external magnetic field is applied to a paramagnetic substance, the molecules try to orient in the direction of the field.

But due to the presence of thermal energy, the molecules try to orient randomly.

Both the effects mutually oppose each other and the individual magnetic dipoles orient randomly in a paramagnetic substance as shown below. 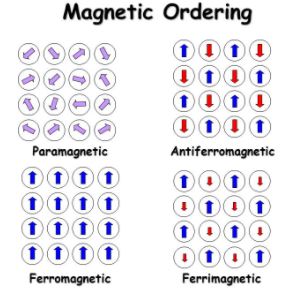 Whereas in the case of ferromagnetic substances, all the magnetic dipoles are aligned in an upward direction, making it a much stronger magnet than paramagnetic.

Is a magnet attracted to titanium?

Magnetic susceptibility i.e the degree to which a material can be magnetized in an external magnetic field is very small and positive for paramagnetic substances. 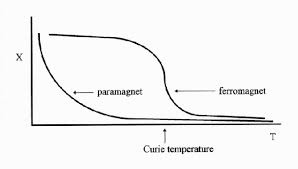 The above graph shows the variation of magnetic susceptibility (X) with time (T) for ferromagnetic and paramagnetic substances.

For paramagnetic, with an increase in temperature, the randomness of magnetic dipoles increases, reducing the magnetic susceptibility.

Again for ferromagnetic, due to the alignment of dipoles towards the direction of the field, there is a sharp increase in susceptibility. But things change after Curie temperature in this case.

Above Curie temperature, thermal agitation is sufficiently high to break the alignments of dipoles and thus magnetic susceptibility is reduced.

Also, Titanium exhibits the Lenz effect to a lesser extent compared to any other metal.

For instance, if a strong magnet is passed over Titanium, silver, copper, aluminum, brass, small electrical eddy currents are formed which have their own magnetic fields.

These magnetic fields interact with the moving magnet causing movement of the metal without touching. It is observed that there is no interaction with Titanium, while the other metals react accordingly.

Even when a strong magnet is dropped over Titanium, it falls slowly because of its almost negligible magnetic property.

Titanium compounds are known with oxidation numbers -1 to +4. States -1, +2, +3 are paramagnetic in nature.

Explaining further, J-T distortion is the distortion that a nonlinear molecule in a degenerate electronic state will undergo to remove degeneracy and lower the energy.

Now in compression i.e in other words Z-IN J-T distortion, there will be more interaction between the ligands and Z containing orbitals.

We can have a more clear idea from the image below

As titanium experiences Z-IN J-T distortion, dxy will be the ground term, as can be seen from the figure itself. Dxy is a singly degenerate orbital, so it will not have any orbital contribution (does not fulfill the rules).

As a result, the orbital contribution will only be from above-excited orbitals and not direct, causing the quenching.

For this reason, the magnetic moment does not increase, as it is expected in presence of orbital contribution.

Speaking of titanium alloy, we can see that depending upon what materials are integrated into that alloy, it can be either magnetic or non-magnetic.

If titanium is combined with materials like nickel, cobalt, or iron, the alloy shows magnetic properties.

However, if the material integrated does not hold any magnetic property, the alloy will not be magnetic in nature.

China has abundant amounts of ilmenite while Australia has the highest global proportion of rutile (about 40% according to Geoscience Australia).

And looking at the leading producers of Ti, we can see Australia is winning the race with a production of more than 1.5 million tonnes in 2014.

Following Australia, the next two leading producers are South Africa with a production of 1.16 million tonnes and China with 1 million tonnes.

Titanium is a paramagnetic material. Its magnetism depends on its electronic configuration. Although it is paramagnetic, its strength is so less that it can be easily misread, making it perfect for different biomedical implants. Also, Titanium is immune to the magnetic fields of MRI, which is surely a relief for patients with titanium implants.