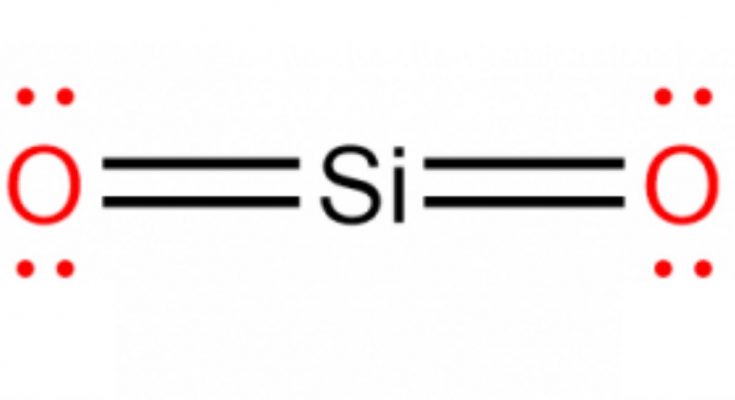 There are mainly three types of elements present in the periodic table, these are; metals, nonmetals, and metalloids. Every element wants to acquire stability, for which it performs bonding. Depending on the types of elements interacting or bonding with each other, the type of chemical bond formed can be; ionic, covalent, hydrogen bond, or Vander Waal bond.

SiO2 is one such compound that often confuses people with its bonding nature. Silicon dioxide, SiO2 is a crystalline network solid, generally known as “quartz” or “silica”, is made up of polar covalent interaction between elements silicon and oxygen. Much of these elements are found in the earth’s crust in the form of silicon dioxide.

Silicone dioxide constitutes around 59% of the earth’s crust. It is majorly found in sands and rocks such as granite. It plays an important role in our day-to-day life from acting as an additive in drugs to anti-caking agents in food supplements.

Let us study the ionic compounds, covalent compounds, and the chemistry of silicon dioxide in detail.

In compounds, where electrons are shared between two atoms to form a covalent bond are known as covalent compounds.

The formation of covalent bonds corresponds to the almost similar electronegativities of participating atoms. As neither of both is strong enough to attract the shared pair of electrons towards itself.

To form a pure covalent bond, the difference between electronegativities must be smaller than 1.7.

If the difference is between 1.7 and 2.0, the compound is polar covalent because there is slight charge domination in one of the atoms.

A covalent bond can be formed in two cases:

Case 2: When a metalloid and nonmetal share their valence electrons. For example, silicon dioxide (SiO2).

What is an Ionic Compound?

Unlike covalent bonds, sharing of electrons does not occur in ionic bonds. 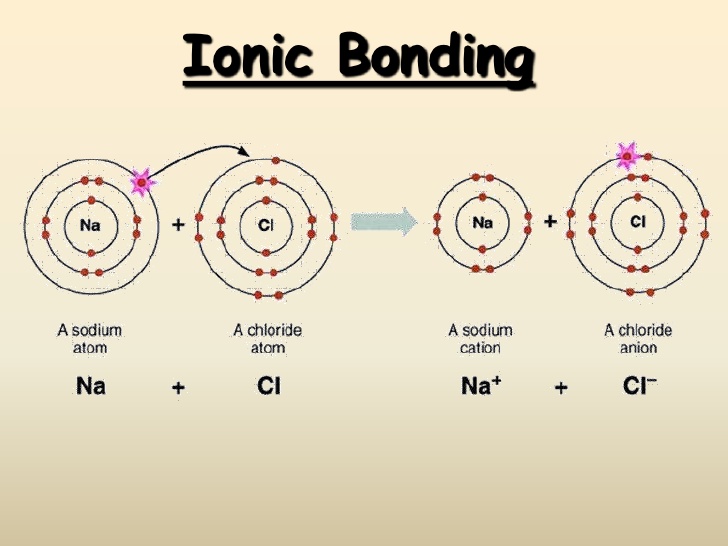 Do you know? In a molecule, bonding arises out of the need to have a complete octet because every atom in the universe wants to remain stable.

For this, some molecules opt covalent mode by sharing their electrons and some opt for the ionic mode to either remove or gain electrons.

How is Silicon Dioxide formed?

Silicon dioxide, also known as “quartz” or “silica” or “Kalii bromidum” or “silicic oxide” is a network solid having covalent bonds between two of the most abundant elements on earth; silicon and oxygen.

Silicon dioxide is formed when isolated silicon is exposed to an abundant amount of oxygen.

In silicon dioxide, each silicon atom of a crystal is covalently bonded with four atoms of oxygen, and each oxygen is bonded with two silicon atoms, altogether forming a tetrahedral structure as shown below. 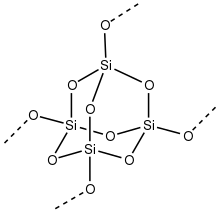 Naturally, silicon dioxide is present in sand and rocks, which are extracted by mining. At the industrial level, continuous acidification of solution of sodium silicate produces amorphous silicon dioxide.

The reaction is depicted below where trisilicate and sulphuric acid are being used.

Why Silicon Dioxide is Covalent?

The difference between the electronegativities of silicon and oxygen is 1.5, which permits it to behave like a polar covalent solid and prevents it from imparting ionic behavior.

It is termed a “polar covalent” compound because the oxygen atom, arranged around silicon in a tetrahedron, attracts the shared pair of electrons more strongly than the silicon.

But since the electrons are still in sharing and no loss or gain of electrons takes place, it is not regarded as an ionic compound.

Silicon dioxide finds its uses in abundant fields, ranging from natural to industrial. Some of the major uses of silicon dioxide are:

No, silicon dioxide is 100 percent non-toxic when consumed orally. Kids often eat sand and soil while playing, which mostly consists of silica, but they do not cause any harm to their health.

However, workers and laborers working in mines and caves are prone to silica dust. Inhaling fine particles of silica dust may lead to bronchitis, silicosis, and even lung cancer in cases of prolonged exposure.

It is so because the fine particles of silica dust keep on depositing in the lungs and decrease the surface for respiration. When deposited in large quantities, they may also irritate the lung tissue and cause internal bleeding. Such people can cough blood in severe situations.

That is why wearing specialized masks with respirators is of utmost necessity for workers working in mines.

Differences in physical properties of covalent and ionic compounds

Due to the difference of modes of bonding, ionic and covalent compounds show contrasting properties and can be distinguished easily from each other. Some of these properties are:

At normal room conditions, ionic compounds stay in a solid state only, while covalent compounds can be present in a solid, liquid, or in the gas state.

In this article we studied the types of elements, types of bonds that form covalent compounds and ionic compounds, then we formulated them on the basis of electronegativity differences between atoms.

We studied the fact that silicon dioxide is a polar covalent compound and not ionic in nature as the difference between electronegativities of silicon and oxygen atom is 1.5

Further, we studied in detail the tetrahedral structure, physical properties, and uses of silicon dioxide. We learned that silicon dioxide causes no harm when consumed orally but is extremely hazardous if inhaled in large amounts.