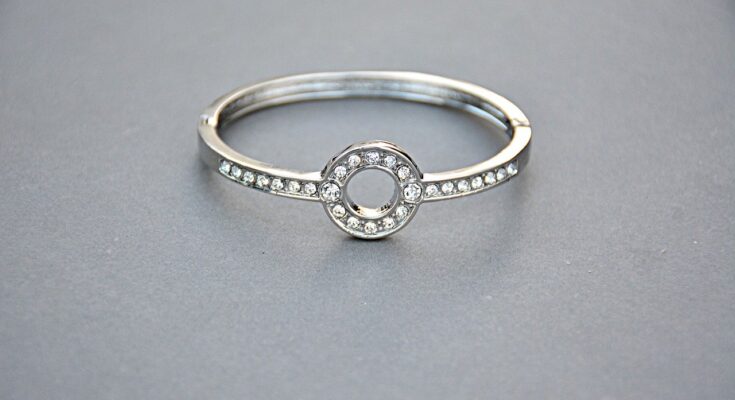 Silver is the second most valuable metal on the earth after gold whose magnetic property and behavior are quite similar to that of gold. Since, all the elements within the periodic table need to be one out of paramagnet, ferromagnet, superconductor, and diamagnet. It is due to the reason that each element possesses some magnetic behavior, which makes these four categories.

The silver has chosen to be a diamagnet, with an anomaly.

The anomaly is of showing diamagnetism behavior where ideally it should be showing strong paramagnetic behavior.

Contents show
Electronic Configuration of Silver (Ag)
Why silver repels in an applied external magnetic field?
Why is silver strongly diamagnetic but weakly paramagnetic in nature?
Magnetic Susceptibility of Silver
Magnetic Permeability (μR) of Silver
How to test if silver is pure?
Will silver alloy responds to a magnet?
What is eddy current?
Is silver superconductor?
In Conclusion 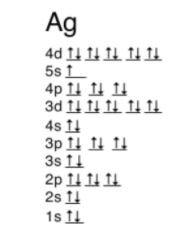 According to the Aufbau principle, the 5s shell fills first, then the 4d shell. 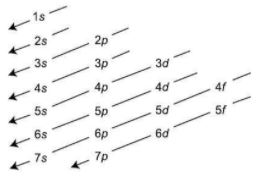 From the above-mentioned electronic configuration of silver, it can be seen that there is an anomaly where an incomplete 5s (s need two electrons) shell and a complete 4d shell (d needs ten electrons) exist.

It is this anomaly that compels silver to show diamagnetic property where it should have been paramagnetic in nature.

Why silver repels in an applied external magnetic field?

It is due to the reason of filling d shell first, brings more stability to the silver atom than filling the s shell. The d shell is of a lower energy state than the s shell.

One reason for this can be the ability of the d shell to incorporate up to ten electrons where the s shell can incorporate only two electrons at maximum.

The lower energy state d shell, having all paired electrons, will make the atom stable and it will not easily respond and will repel to an applied external magnetic field.

Why is silver strongly diamagnetic but weakly paramagnetic in nature?

It is due to the presence of a filled d shell which makes the element silver stable. The paired electrons spin in the opposite direction canceling out each other’s effect, making net dipole moment zero.

Besides this, silver is also a weak paramagnet because of the presence of one lone electron in the 5s shell.

When this lone electron spin, it acts as a tiny magnet creating a net dipole moment.

Moreover, as there is a deficiency of only one electron, it usually fulfills when one silver atom reacts with another silver atom. It is the reason why silver is a weak paramagnet but a strong diamagnet.

Magnetic susceptibility provides a way to mathematically calculate the extent of magnetization an element will undergo when a magnetic field is applied externally.

It might be interesting to know, a negative value of silver determines weak susceptibility.

It means silver does not respond easily and needs very high external magnetic fields to show any change in its continual behavior.

Unlike magnetic susceptibility, magnetic permeability provides a mathematical value for the degree to which the magnetization which is induced, impacts the magnetic flux density.

To show strong paramagnetic behavior, the value of relative magnetic permeability needs to be greater than 1.

Silver does not have relative magnetic permeability of 1 but has nearly closer to it. Due to this, it is a weak paramagnet.

To be a diamagnet, the value of relative magnetic permeability needs to be lesser than 1, which is the case of silver.
Diamagnetic: μ<1
Nonmagnetic: μ=1
Paramagnetic: μ>1
Ferromagnetic: μ>>1

The relative magnetic permeability of iron is given down below just for the sake of comparison: 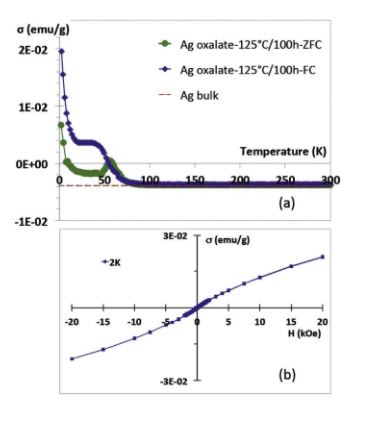 The first graph shows the magnetization/gram of silver versus temperature. The temperatures above 80 kelvins, the silver is diamagnetic.

Whereas below 80 kelvins, there is a paramagnetic-diamagnetic transition occurring.

The second graph shows silver is paramagnetic as there is a clear s-shape curve, which is a prominent curve only for paramagnets.

How to test if silver is pure?

Pure silver will never attract a magnet at room temperature and normal conditions.

Try bringing a magnet close to pure silver and see what is happening. If silver is pure, it will not move in any manner whatsoever.

As we know, electric current (also called eddy current) has its magnetic field silver gets it one set.

Any example can be of passing a magnet within a pure silver pipe.

The magnet will fall slowly and will look as if it is floating. The falling magnet generates its magnetic field, whereas this free fall induces an electric current within the pure silver pipe which eventually forms its magnetic field.

When both the magnetic field interacts, the speed of the falling magnet reduces too many folds.

Will silver alloy responds to a magnet?

Yes. In an applied external magnetic field, if silver responds to a magnet at normal conditions in any way, it means, it is an alloy.

The response to a magnet is due to the presence of another metal besides silver which is retaliating.

In general, alloying of silver is done with metals which strongly responds to a magnet because of monetary affordability.

What is eddy current?

It is a localized current, form in an element due to consistent alteration in a nearby magnetic field.

It is because of this law, elements other than ferromagnets possess magnetic properties.

Though, it is a great conductor which can be seen from the below-mentioned graph. 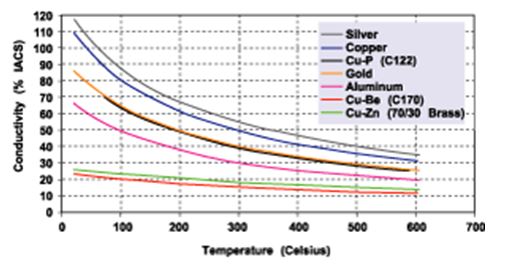 Silver is magnetic in nature but with a twist. Alike copper and gold, silver also show an anomaly of being diamagnetic where it should have been a paramagnet. It is because of the presence of a lone electron in the 5s shell. Every element possesses magnetic properties where they are quite prominent for ferromagnets, like iron, but others respond in the presence of an applied external magnetic field.

you guys can also read one more interesting article regarding the tarnishing of silver. This can enhance your knowledge of the properties that silver exhibits.