Sulfur tetrafluoride is a chemical compound with its chemical formula SF4. This compound exists as a colorless gas. It is also considered as one of the best organic fluorinating agents. Many of you may have doubts about whether SF4 is polar or nonpolar. In this article, we will check out the answer to this question and will also study its properties and its application.

So, is SF4 Polar or Nonpolar? SF4 (Sulfur tetrafluoride) is polar in nature as sulfur atom consists of a lone pair on it due to which the shape of the molecule becomes asymmetric ie; seesaw. Moreover, Fluorine is more electronegative than Sulfur due to which the overall charge distribution of a molecule is uneven resulting in a polar molecule and give 0.632 D dipole moment.

Sulfur tetrafluoride is a chemical compound known by its systematic IUPAC name as Sulfur(IV) fluoride.

This compound is rich in fluorine therefore considered as one of the best fluorinating agents.

If we talk about the chemical composition of sulfur tetrafluoride, it consists of 1 sulfur atom and 4 fluorine atoms.

The sulfur atom has 6 valence electrons and out of which 4 electrons participate in the sigma bonds formed with 4 fluorine atoms and 2 electrons form a lone pair.

Fluorine has 7 valence electrons and needs 1 more electron to complete its octet and it shares 1 electron from sulfur leaving behind 1 lone pair on sulfur atom.

As a result, there occurs electronic repulsion between the lone pair and bond pairs, and the geometry of the molecule formed is seesaw.

Due to asymmetric molecular shape, the distribution of charges across the molecules of SF4 is uneven. 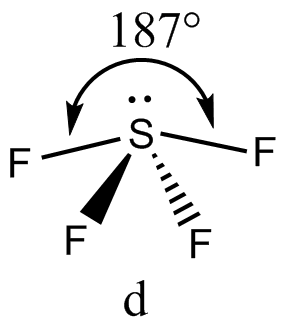 Contents show
Polar and Nonpolar Molecules
Why is SF4 Polar?
Points to check Polarity of a compound
Properties of SF4
Uses of SF4
Conclusion

There are different forms of forces that bind the molecules. These forces include ionic bond, covalent bond, metallic bond, and hydrogen bonding.

Polar Molecules: These molecules do not have a uniform distribution of charge across its atoms. The dipole moment of these molecules is always equaled to non zero.

The electronegativity of atoms in these molecules is unequal due to which atoms have an unequal influence on the bonded electron pair.

The covalent bond formed by two atoms tends to be polar if they have a different value of their electronegativity.

It is usually seen that the geometry of polar molecules is asymmetrical.

Some of the examples of these molecules are H2O, SO2. You can check out the reason for the polarity of SO2.

Nonpolar Molecules: The molecules in which there exists a uniform charge distribution over its atoms are known as nonpolar molecules.

The value of electronegativity of two atoms that form a nonpolar covalent bond is equal because both atoms will have an equal share of a bonded electron pair.

It is generally observed that the geometry of nonpolar molecules is symmetrical.

Few examples of such molecules are XeF2, O2, etc. You can check out the reason for the non-polarity of XeF2.

Why is SF4 Polar?

As discussed above, the geometry of a molecule is an important factor in indicating its polarity.

And if we check the VSEPR diagram, the sulfur atom consists of 1 lone pair on it due to which the shape of SF4 becomes asymmetric ie; seesaw.

In this way, the charge distribution becomes irregular on the atoms of the SF4 molecule.

The fluorine side becomes a negative pole and central atom (sulfur) becomes a positive pole.

Points to check Polarity of a compound

If there is a difference between the electronegativity of two atoms that form a molecule, the molecule will result in a polar molecule because its atoms will have an unequal share of the charge.

Therefore, the polarity of a molecule is directly proportional to the difference between their electronegativity and vice versa.

But in the case of symmetric geometry, the molecules having unequal electronegativity can also be nonpolar because in such cases, the dipoles are canceled by each other due to symmetric shape.

The polar molecules are generally seen with asymmetric geometry because they have unequal charge distribution.

Whereas the nonpolar molecules have symmetric geometry.

There is a possibility of a molecule to be nonpolar even if it consists of atoms with different electronegativity because in such cases the dipoles of such bonds get canceled by each other due to symmetric shape.

Below is the shape of the geometrical structure of the SF4 molecule. 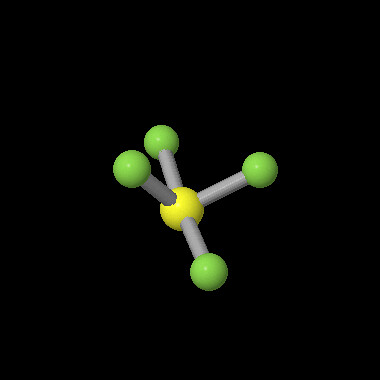 It is calculated as the product of charge on atoms and the distance between the centers of positive and negative charges.

As a result, due to lone pair and bond pair electronic repulsion, the shape of molecules becomes asymmetric ie; Seesaw.

Due to these factors, sulfur tetrafluoride is a polar molecule.

So guys, if you feel any query, feel free to ask your queries through comments. I will reach out to you quickly.