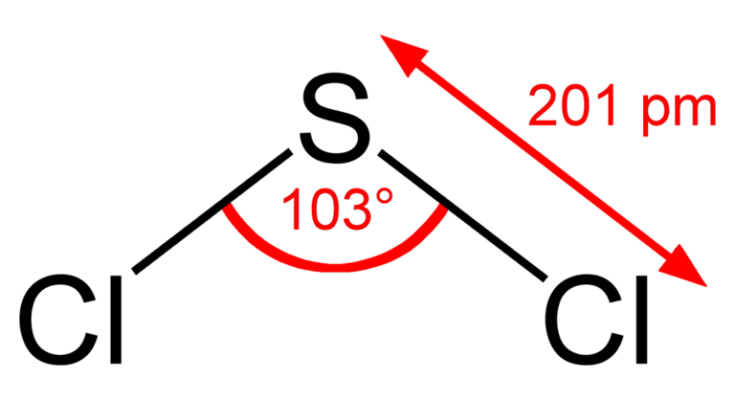 Sulfur dichloride is a chemical compound having chemical formula SCl2. It exists as a liquid with cherry-red texture at standard conditions of temperature and pressure. Many of you may have a question regarding whether SCl2 is polar or not. In this article, we will answer this question and will cover its properties and applications.

So, Is SCl2 Polar or Nonpolar? SCl2 (Sulfur dichloride) is polar in nature because of bent geometrical shape due to the presence of lone pair present on the sulfur atom. Secondly, the difference between the electronegativity of sulfur and chlorine atoms makes the S-Cl bonds polar and as a result, the entire molecule also becomes polar and gives a net dipole moment of 0.54D.

Sulfur dichloride is a cherry red liquid substance having a pungent smell. Basically, it is produced by the process of chlorination of sulfur.

Below is the chemical reaction of the chlorination of sulfur.

The molecular mass of the SCl2 compound is 102.97 g·mol−1, calculated as below

If we talk about the chemical composition of the Sulfur dichloride, the molecule consists of 2 atoms of chlorine and 1 sulfur atom.

The two lone pairs on the sulfur atom cause repulsion with the bond pairs. As per VSEPR theory, due to the electronic repulsion, the shape of the molecule gets bent (V-shape) similar to that of the water molecule.

The lone pair pushes both S-Cl bonds in the downward directions and resulting in the bent shaped molecule.

The molecules that have lone pairs have distorted shape because they cause electronic repulsion among the molecule.

Due to this difference between their electronegativity, the S-Cl bond becomes polar in nature.

Electronegativity of an atom is its strength with which it can attract the bonded electron pairs towards its side.

As a result, the dipole moment of the S-Cl bond also turns out to non zero and due to the V-shaped structure, the dipole of both bonds does not get canceled.

The net dipole moment of the entire SCl2 molecule turns out to be 0.54D. The sulfur gains partial positive charge whereas the chlorine atoms gain partial negative charge.

Contents show
What are Polar and Nonpolar Molecules?
Why is SCl2 a polar molecule?
Factors affecting polarity of a molecule
SCl2 Lewis and Geometrical Structure
Properties of SCl2
Uses of SCl2
Conclusion

The molecules are held by the interatomic forces like ionic, covalent, metallic, and hydrogen bonds. These bonds are found in many chemical compounds.

Out of these bonds, covalent and ionic bonds are the strongest. Covalent bonds can be polar and nonpolar depending upon several parameters discussed in the sub-topic.

Polar Molecules: The molecules that have non zero value fo their dipole moment are polar in nature. These molecules have two poles (positive and negative) inside the molecule.

The atoms in these molecules share an unequal proportion of charge because they differ in their electronegativity.

In this way, two poles generate across a polar molecule. Few examples of such molecules are IF5, H2O, etc.

You can check out the reason for the polarity of IF5.

Nonpolar Molecule: The molecules that have zero dipole moment are nonpolar in nature. No poles are generated in such molecules.

The atoms in these molecules have a uniform distribution of charge. Two atoms that are covalently bonded form a nonpolar bond if they both have equal electronegativity.

Few examples of such molecules are XeF2, Hexane, etc. You can check out the reason for then non-polarity of XeF2.

Why is SCl2 a polar molecule?

Sulfur dichloride molecule is a bent shaped molecule due to the presence of two lone pairs on Sulfur atom.

As per the VSEPR theory, the lone pair and bond pairs cause repulsion among them as a result, the S-Cl bonds get in the downward directions resulting in the V-shape molecule.

Unlike asymmetric molecules, the dipole moment of S-Cl bonds does not get canceled by each other.

The dipole moment of the entire molecule SCl2 comes out to be 0.54D. The geometrical structure and the difference between the electronegativity results in the formation of a polar molecule.

Because the asymmetric shape of molecule disperses the charge non-uniformly among the atoms of the molecule resulting in the positive and negative poles to be created across the molecule.

Electronegativity: The electronegativity of atoms forming a covalent bond is one of the crucial parameters to check whether a molecule is polar or not.

If there exists a difference between the electronegativity of two atoms forming a molecule, the molecule tends to be polar due to an imbalance in charge distribution.

The asymmetrically shaped molecules tend to be polar because of some non zero dipole value.

Whereas the symmetrically shaped molecules are nonpolar as they get dipoles canceled by each other in case a molecule consists of a polar bond within it.

Mathematically, it is the product of the charge on the atoms and the distance between them. 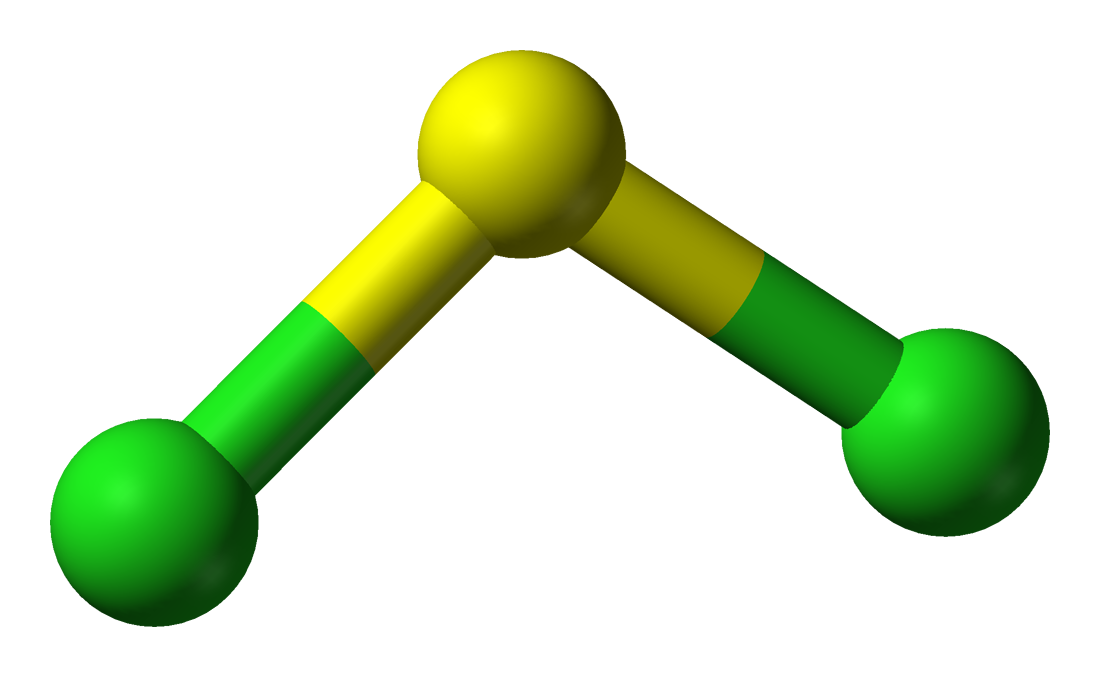 The lewis structure of a molecule is also known as its electron dot structure. It determines the number of valence electrons and the electrons taking participation in forming the bonds of the molecule.

If we talk about the lewis structure of SCl2, we need to know about the valence electrons of SCl2.

Therefore, we have a total of 20 valence electrons present in the SCl2 molecule.

Both chlorine atoms form covalent bonds with the sulfur atom leaving behind the two lone pairs on sulfur atom.

The lone pairs cause repulsion with bond pairs due to which the S-Cl bonds face force in the downward direction and the shape of molecules becomes bent like that H2O (water) molecule.

Sulfur dichloride is a bent shaped molecule due to the presence of 2 lone pairs on the sulfur atom.

The sulfur atom is the central atom surrounded by two chlorine atoms with a bond angle of around 103 degrees.

The difference between the electronegativity of sulfur and chlorine atoms make the S-Cl bond polar and entire molecule results in the dipole moment 0.54 D.

Due to asymmetric geometrical shape and unequal electronegativity of atoms, the SCl2 molecule is polar.

Guys, if you have any doubts regarding the polarity of SCl2, you can ask them in the comment section. We will answer you as soon as possible.