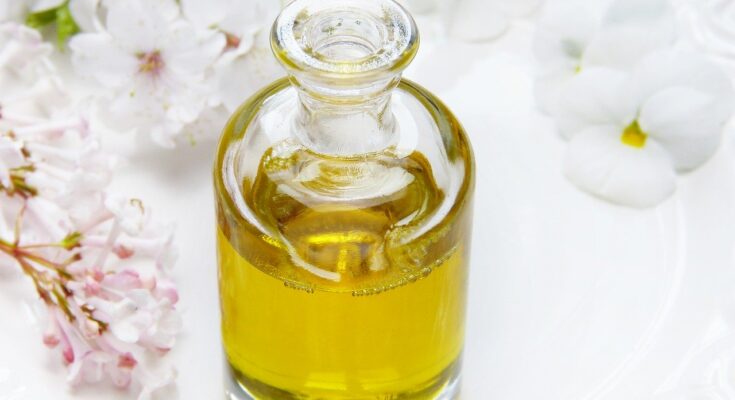 A thick viscous hydrocarbon with five to forty carbon atoms attached to a large number of hydrogen atoms, in liquid form at ambient temperatures, is essentially termed as oil. Oil is hydrophobic and lipophilic liquid i.e. it does not mix homogeneously in water but is miscible in other lubricants. Although hydrocarbons are both saturated and unsaturated, oil is customarily an unsaturated lipid that exists in liquid form at room temperature.

Is Oil Polar or Non-Polar? Oil is a nonpolar substance. It is a pure hydrocarbon wherein there are Vander Waal forces of attraction between the atoms in the molecule. Since there is no abundance of charge at any particular corner of the molecule, therefore the net dipole moment is 0D. Hence, oil is considered as a nonpolar molecule.

Organic Oil is produced by the extraction through animals, plants by the metabolic process. These can be consumed and widely used in food industries for cooking.

Crude Oil or Mineral Oil is the refined product also known as petrochemicals used majorly over the globe for the automotive engines and machinery. It is produced by the fossilization of algae over the years.

Contents show
Determining Polarity
Why is oil nonpolar in nature?
What are Vander Waal Forces?
How these forces affect the polarity of oil?
Oil- the unsaturated hydrocarbon
Structure & Formation
Types of Triglycerides
Properties of Oil
Applications of Oil
Conclusion

Polarity is determined by the virtue of the concentration of positive and negative charges at particular ends of a molecule.

When negative charges hoard up at one end of the molecule, creating a build-up of positive charges at the other end, then a dipole moment develops across the aforesaid molecule.

The difference between polar and non-polar molecules can be drawn out as follows:

The polarity of any substance thus depends upon the following factors

For molecules with weak van der Waal forces or London forces, polarity barely exists. Such molecules fall under the category of non-polar molecules.

Some of the examples of nonpolar molecules are HBr, H2S, etc. Here is the reason for the non-polarity of H2S.

Why is oil nonpolar in nature?

In oil, there is no major charge accumulation on one particular side of the molecule, thereby ruling out the possibility of the existence of a considerable net dipole moment across the molecule.

What are Vander Waal Forces?

Vander Waals forces are weak attractive and repulsive intermolecular forces that exist between the atoms or molecules.

They arise between uncharged atoms or molecules and depend upon the distance between them.

There are three kinds of Vander Waal forces:

How these forces affect the polarity of oil?

Vander Waal forces are typically very different from ionic and covalent bonds. They are weaker in comparison and cannot be saturated.

For polarity, the H- Bonds so formed are mostly covalent in nature and result in unequal sharing of charge. This leads to amassing of charges at the ends of the molecule and develops a dipole moment, thereby resulting in polarity.

In contrast to covalent and ionic bonds, Vander Waal forces are so weak that they do not contribute at all to any kind of charge build-up.

This rules out the possibility for any dipole formation in the fat and oil molecules. Hence, the presence of Vander Waal forces in the oil molecules is the foremost indicator of the non-polarity of oil.

Fats and oils are esters which primarily compose three fatty acid units joined to glycerol. They are hence called triglycerides (because formed by three components and glyceride because of the combination of fatty acid and glycerol).

So, the basic structure can be described as three esters (same or different) replacing the three –OH groups in the glycerol molecule.

The process of formation can be described as:

These triglycerides are of two types:

The simple triglycerides do not usually occur naturally. They are synthesized in the laboratories by performing an esterification reaction in the presence of a catalyst.

For the production of simple oils and fats, it is necessary that the three –OH groups present in the three glycerol molecules must be esterified with the same fatty acid. An example of a simple triglyceride is Tristearin.

Mixed triglycerides, on the other hand, can be obtained from naturally occurring fats and oils. Such substances contain two to three different ester groups that have replaced the –OH groups in the three glycerol molecules.

There are a number of areas of application of oil. Some of the various purposes that oil can be used for are:

Oil is a thick liquid substance considered as a hydrocarbon with 30 to 40 series of carbon atoms connected in a chain.  Since it is hydrocarbon it has Vander Waal forces among the atoms in the molecule. There exists no-charge separation across the molecule due to which the molecule has no positive and negative poles generated. The dipole of the molecule is also zero making it a nonpolar molecule.