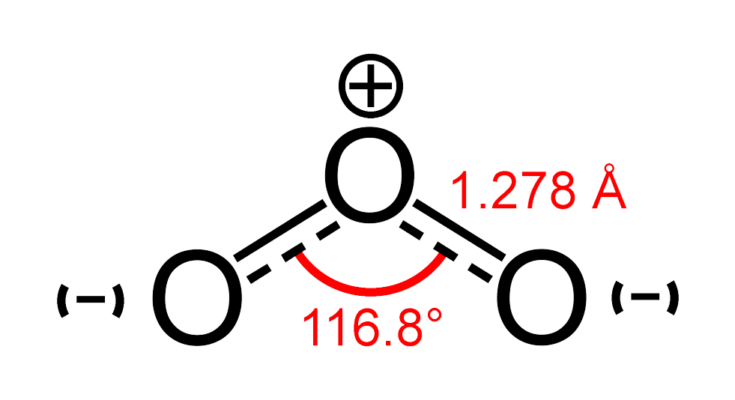 O3, also known as ozone is a very famous chemical compound in our chemistry textbooks. Ozone or trioxygen is the inorganic compound present in Earth’s atmosphere that saves us from harmful ultraviolet rays coming from the Sun.  There is a very famous question regarding whether O3 is polar or non-polar.

In this article, I’ll explain the answer to this question in detail and we will try to learn about the chemical structure of the O3 molecule.

So, is O3 polar or non-polar? O3 is a polar molecule and it is due to its bent molecular geometry. In O3, the electric dipole moments of the bonds don’t counterbalance one another which results in a net dipole moment. Due to this, O3 (Ozone) is polar in nature.

Let’s study this in detail.

Contents show
Molecular Structure of O3
Why is O2 non-polar but O3 polar?
Factors that determine the polarity of a molecule
Dipole moment
Electronegativity
Symmetry
Properties of Ozone 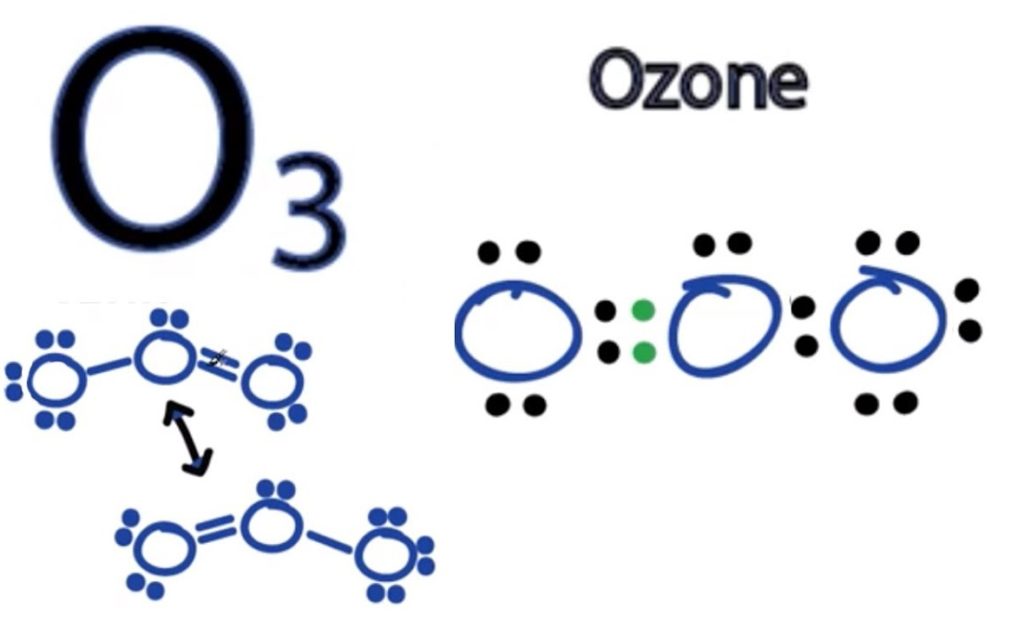 Let’s first look at the Lewis structure of O3. Oxygen (O) has an atomic number of 8 and there are 6 electrons in its valence shell.

The middle Oxygen atom shares 4 electrons to form 1 double bond and 1 single bond with the other 2 oxygen atoms.

It is because the O3 has 2 resonance structures that keep resonating and double bond and single bond forms alternatively at both sides. Both of these structures are shown in the figure shown above.

Due to the lone pair-bond pair repulsion, the O3 molecule is bent in shape which results in a net dipole that imparts polarity in the molecule.

In the O2 molecule, 2 oxygen atoms are joined together with a double bond between them. Each of these atoms has 2 lone pairs on each other but as there are only 2 atoms in this molecule, O2 is linear in shape.

Also, the atoms are the same i.e Oxygen atom hence, there is no net dipole moment in the molecule. Therefore, the O2 molecule comes out to be non-polar.

But the case of O3 is different as there are 3 atoms due to which it has a bent shape. This bent shape results in net electric dipole which imparts polar nature in the O3 molecule.

The Ozone molecule does not maintain any symmetry, it is bent in shape due to unequal lone pairs on all the oxygen atoms.

Factors that determine the polarity of a molecule

If we look at the structure of an Oxygen molecule, both oxygen atoms have the same electronegativity. Thus, O2 is nonpolar.

The polarity and non-polarity of a molecule can also be determined by just viewing the structural geometry of a molecule. If the molecule does not have symmetry, it comes out to be a polar molecule and if the shape is symmetrical, it is nonpolar.

If we look at the Carbon dioxide gas molecule, the C-O bond is polar due to the difference in electronegativity. CO2 molecule being symmetrical have both C-O bonds at 180 degrees that cancel out the polarity. Thus, CO2 is nonpolar.

By looking at these factors, we can check whether a molecule is polar or nonpolar.

Ozone protects the earth from the ultraviolet rays coming from the sun. A layer is formed around the atmosphere spectrum and it strongly absorbs the UV rays around 220-290 nm.

Without this layer, these UV rays can damage aquatic life and plants on the earth’s surface and humans too. However, the Ozone layer is getting depleted due to global warming increasing day by day.

Ozone is denser than the air in the environment. Its vapor density is around 24.

On liquidation of ozone, it changes to a deep blue colored liquid.

Pure ozone exists in a gaseous form of blue color with a heavy irritating odor. On solidification, it exists as violet-black crystals.

The boiling point of Ozone is around -112 degrees Celcius.

Ozone is soluble in the water at the atmospheric pressure. Thus, ozone is a good oxidizer with an oxidation potential of 2.07 V. Being a strong oxidizer, it is also used in water treatment.

Ozone is electrophilic and reacts very selectively with other elements.

In water treatment, it is used for sterilization of drinking water because of its oxidizing property.

It is also used in textile industries for bleaching purposes.

So, I hope you understood why Ozone is polar in nature and what are its characteristics.