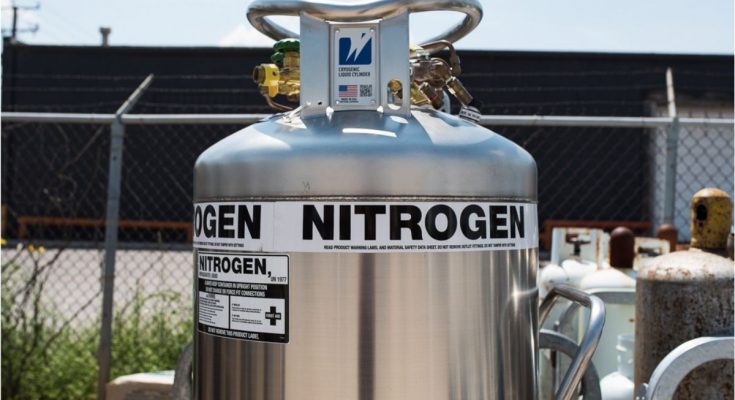 Chemists have been experimenting with numerous gases and their compounds for centuries to render chemical products that have been shaping our world. The word ‘gases’ may strike fear into the hearts and probably causing nightmares for students and teachers alike. But it is not always harmful! Sometimes it is pretty cool.

Though you can probably name at least three things that catch fire swiftly, what about Nitrogen? Why is the air around us 78% nitrogen and not oxygen? Does it explode and under what conditions?
Let us find out!

Is Nitrogen considered flammable? No, Nitrogen does not burn under normal circumstances. It is the most abundant element in the atmosphere; however, it will not combust. It is primarily due to its poor thermal conductivity as compared to hydrogen and oxygen. It cannot even sustain a flame at atmospheric level.

Let us study the fundamentals of the non-combustible nature of Nitrogen.

Contents show
About Nitrogen
Does Nitrogen Catch Fire?
So, what makes Nitrogen non-flammable?
Does nitrogen prevent or support burning?
Why is Nitrogen not used in fire extinguishers?
Conclusion

Nitrogen, N2, or dinitrogen (IUPAC) is a chemical element with the symbol N and atomic number 7. The Scottish physician and chemist, Daniel Rutherford, discovered it in 1772.

It is not only vital to living organisms but also crucial for sustaining life. It is one of the three primary elements, along with carbon and hydrogen.

At standard temperature and pressure, two atoms of the element bind together with a bond type of N-N to form dinitrogen (nitrogen gas), which makes up about 78.1% of the atmosphere.

In addition, ammonia, ammonium salts, nitric acid, and nitrogen oxides are present in the atmosphere in compact quantities. 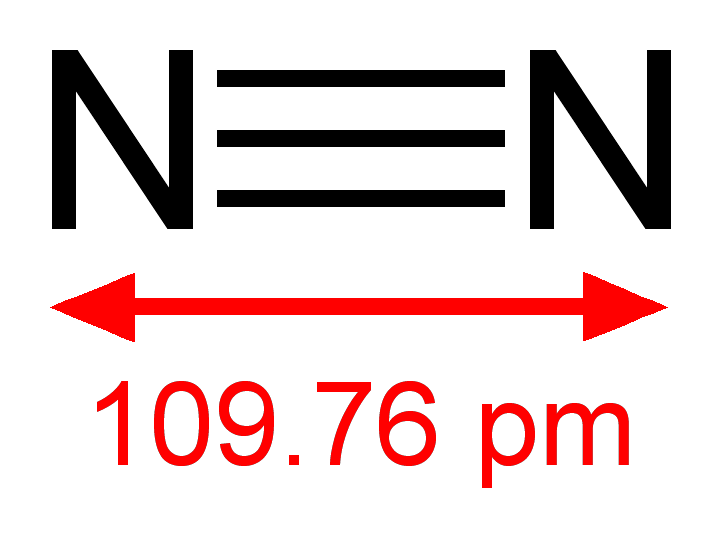 Nitrogen is commonly mistaken for a dangerous gas as it has NITRO (short for explosive nitro-glycerine) in it, but this is simply untrue. Despite having the word nitro in its name, it cannot be lit on fire as it is a gas at room temperature.

A Swedish chemist, Carl Wilhelm Scheele, named it as a “foul air”. With his experiments using ordinary instruments and heating different substances, he discovered that air has two kinds of elements: one that quickly catches fire and the other does not.

His theory proved that oxygen is the “fire air” rather than nitrogen. 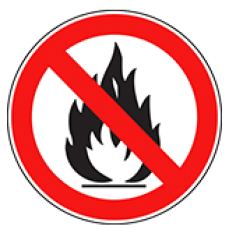 So, what makes Nitrogen non-flammable?

The reason is its triradical (three paired electrons) structure.

The electronic configuration of nitrogen is 1s2 2s2 2p3; different from the ideal state of the outer shell that is ns2 np6.

So, to complete its octet, it forms a bond with another Nitrogen element and shares the additional three electrons. Subsequently, having higher dissociation energy.

It results in inert participation of Nitrogen to be part of chemical reactions just like other noble gases (argon, xenon, etc.) that have complete outer orbits. The bond strengthens and demands high activation energy (exceeding 30,000 degrees) to leave its stability and perform oxidation or hydrolysis reactions.

Does nitrogen prevent or support burning?

Pure nitrogen, also known as an ‘inert’ gas, neither prevents nor supports combustion. Nonetheless, the following are few exceptions where non-metallic nitrogen reacts with unreactive metals.

These occur due to the high energy release of N-N triple bonds or the formation of new molecules that can expand on experiencing a shock wave.

Due to the low molecular mass of hydrogen, its elemental form is impossible to exist. In turn, limiting the possibility of such reactions occurring naturally.

Thus, only while the formation of substances like ammonia with artificially curated hydrogen, is used as a supporting element. Also known as the Haber process.

2. Nitrogen + Magnesium: 3 Mg + N2 = Mg3N2(Magnesium Nitride)
Just like H2, Magnesium does not exist in the elemental form in nature. The above reactions show how nitrogen is only supporting the combustion forming an entirely new compound.

3. Potassium Nitrate (KNO3): Commonly known as gunpowder. It is essential for fireworks or explosions. On ignition in a closed boundary, high energy with high-temperature gases is produced.

It is a result of nitrate ions oxidizing Sulphur and carbon. In addition, other oxidizing forms of nitrogen are used in rocket engines that do not need ignition. For instance, Dinitrogen Trioxide, Tetroxide, and Peroxide: (N2O3), (N2O4), (N2O5).

4. Another extreme possibility of explosion is during thunderstorms where nitrogen highly reacts with oxygen to form Nitric oxide(2NO) and Nitrogen dioxide(2NO2) under intense pressure and temperature.

It is a consequence of both the elements becoming ions.

Why is Nitrogen not used in fire extinguishers?

To understand this, let us see the density of a few gases:

This proves that nitrogen is lighter than air which is not enough to put out a fire. Therefore, it will not replace the combustion causing oxygen present in the fire triangle (oxygen, heat, fuel).

This is why typical extinguishers are comprised of carbon dioxide that is denser and cooler and replaces oxygen from the air around the fire. 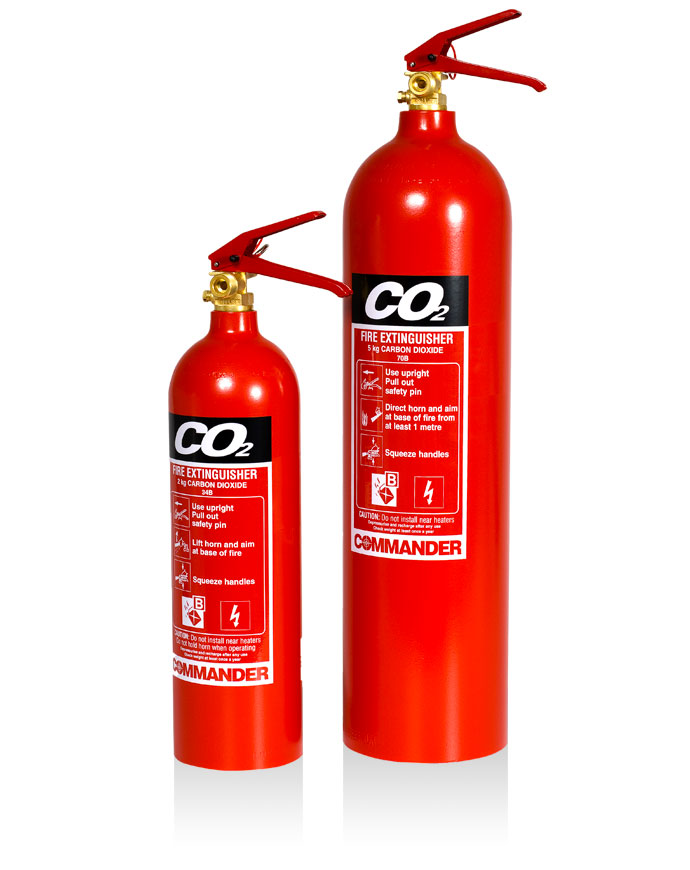 And in many cases, water is also used to suppress fires as it absorbs heat from the fuel and cools it down below its ignition temperature. However, it also becomes futile in dampening flammable liquid fires containing oil, etc.

Fact: As fires are usually at high temperatures, nitrogen can enhance the burning of oxygen and produce nitrogen monoxide(pollutant). For instance, in vehicle engines.

This is known as an endothermic reaction where oxygen is able to break the trivalent bonds of nitrogen to form a highly reactive substance.

Fact: You might also wonder why liquid nitrogen that has the capability of cooling down the fire is not in use.
It is because of the fact, that liquid nitrogen is heavier than air which makes it difficult to use in a commercial area.

It would need large extinguishing containers or aircraft to carry and deploy it. It may cause destruction and health casualties as the replacement of oxygen to a great extent can even lead to asphyxiation. It may also be hard for flora and fauna to sustain under nitrogen scarce conditions.

Fact: Nitrogen acts as a diluent in the air, but excess of it in its purest form can cause nitrogen narcosis.

Nitrogen is a compound gas and a crucial element as it makes up a large part of our world. It is known for being a voluminous element in the universe, and yet those of us living in our modern society are probably unaware of it. It is ubiquitous in the universe as its compounds make up everything from air to DNA.

Under normal conditions, nitrogen gas is a colorless, non-flammable diatomic gas at standard temperature and pressure. It neither supports fire under normal conditions due to its inert property nor elevates burning on its own. Though at extreme pressures, it can leave its original bonding to form highly combustible compounds.

It is also used in making nitrogen biscuits, tungsten in bulbs, inflate tires, to produce dyes and nylons, and even in the wrapping of bulk foods.