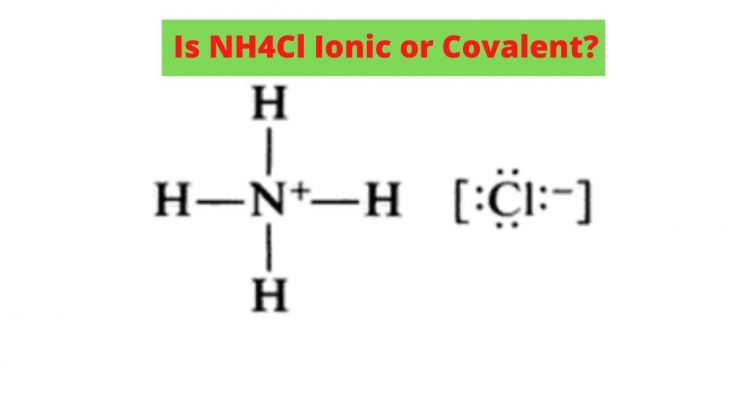 Ammonium Chloride is a white-colored crystalline salt. It is highly soluble in water and mildly acidic in nature. NH4Cl naturally occurs in the form of a mineral, known as sal ammoniac, and also near some volcano vents.

Synthetically, it is produced as a product of the reaction between HCl and ammonia and also as a byproduct of the Solvay process. Ammonium Chloride is mostly used as a fertilizer but, also finds its use in medicine, food, laboratories, batteries, etc.

So, Is NH4Cl ionic or covalent?

However, the bonds between nitrogen and hydrogen atoms are covalent in nature, as they are formed by sharing of electrons. Some books also consider the bonds in NH4Cl molecules to be coordinate covalent bonds. 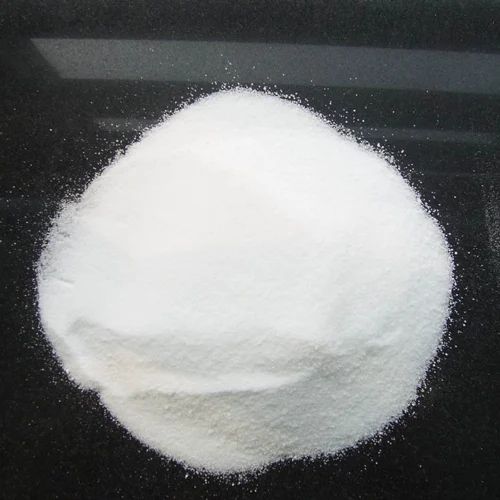 Contents show
What are Ionic and Covalent Compounds?
Why is NH4Cl Ionic?
Electronegativity
Types of Bonds Present in NH4Cl
Frequently Asked Questions (FAQs)
Properties of NH4Cl
Uses of NH4Cl
Conclusion

What are Ionic and Covalent Compounds?

As the names indicate the ionic compounds are those in which atoms are bonded through ionic bonds while in covalent compounds, the atoms are linked through covalent bonds.

But, why and how are these bonds formed?

The atoms form a bond with other atoms to stabilize themselves.

The covalent bonds are formed when the participating atoms share their electrons i.e. both the atoms can use all the electrons, taking part in the bond formation, as the member of their valence shell, and stabilize themselves.

Usually, a covalent bond is formed between two non-metals. Also, the involved atoms have the same or similar electronegativities.

The covalent compounds are poor conductors of electricity, have low melting and boiling points, and usually, occur as liquids or gases at room temperature.

The polar covalent bonds are formed when the electronegativity difference is between 0.4 and 1.6. The electrons in this case slightly shift towards one atom. This results in the development of a slight negative charge on that atom, and a slight positive charge on the other atom, written as δ+ and δ-, respectively. For example, H2O, CH4, etc.

In the non-polar covalent bonds, the electrons are equally shared between the participating atoms. For example, Cl2, O2, etc.

On the other hand, the ionic compounds are formed when the electrons pair participating in the bond formation completely shifts towards one of the atoms. These are the electrovalent bonds formed due to the electrostatic forces of attraction that exist between two oppositely charges species.

These are relatively more stable, have high melting and boiling points, are good conductors of electricity, and usually, occur as solids at room temperature.

For example, in the case of NH4Cl, NH4+ behaves as a cation while, Cl– acts as an anion. 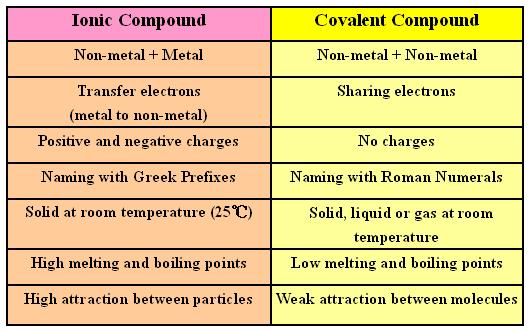 Why is NH4Cl Ionic?

Ammonium chloride is an ionic compound because in this case the bond is formed between chlorine, which is a metal, and ammonia, which is a polyatomic species.

In the previous section, we studied that ionic compounds are formed when a polyatomic species bonds with a metal. Hence, NH4Cl is an ionic compound.

Ammonium chloride is formed as a reaction between ammonia and hydrogen chloride. As ammonia is already a stable compound in which the nitrogen atom shares one electron each from the three hydrogen atoms, it is not in need of any further electrons.

Hence, when it reacts with HCl, the hydrogen atom clings to ammonia, resulting in the formation of an ionic compound.

The NH4Cl molecule ionizes as follows:

Also, as per IUPAC, all salts are made up of at least one cation and one anion. As NH4Cl is a salt, it is an ionic compound. The electronegativity of an atom is the measure of its ability to pull the electrons, shared in the bond formation, towards itself.

The more electronegative atom is able to attract the electron pair easily and thus, acquires a negative charge while the other atom acquires a positive charge.

The electronegativity of an atom is measured on the Pauling scale. Fluorine is known to be the most electronegative element known so far.

The larger the difference in the electronegativity of the two atoms involved in bond formation, the stronger is the pull experienced by the shared electrons.

When the electronegativity difference is more than 1.6, the electrons are completely owned by one atom i.e. ionic bond is formed.

In a periodic table, the electronegativity decreases from top to bottom in a column and right to left in a row in the periodic table.

Types of Bonds Present in NH4Cl

Ammonium Chloride is a compound that exhibits three types of bonds between its different atoms. As read in the previous section, an ionic bond exists between the ammonium anion and chloride cation.

Further, each of the three hydrogen atoms attached to the nitrogen atom equally shares the electrons with it. This is because the electronegativity difference is quite low. Also, both these atoms are non-metals. Hence, there are three covalent bonds present in the ammonium chloride molecule.

Additionally, the last hydrogen atom attached to the nitrogen atom bonds through a co-ordinate covalent bond. This is also known as a dative bond and is formed when both the electrons participating in the bond formation are given by the same atom.

The bond formation in the ammonium chloride molecule is shown in the figure below:

In the above figure:

• 2 is a co-ordinate covalent bond.

Similarly, we can also draw the Lewis structure of ammonium chloride as follows:

As seen in the above structure the chlorine atom that initially had 7 electrons has now become stable by acquiring eight electrons in its valence shell.

Similarly, the nitrogen atom that had one extra electron obtained from one of the hydrogen atoms is now stable after acquiring a positive charge by donating one electron.

Question: What will happen to ammonium chloride if it is heated?

Answer: Yes. Ammonium chloride is known to cause asthma-like symptoms when a person is exposed to it. In the long term exposure, it is also known to damage kidneys. Not just humans, it also has an adverse effect on aquatic life.

Answer: NH4Cl is acidic in nature. Although, it may not cause as severe damage as strong acids like HCl, but touching it still can be dangerous. Exposure to the eyes is known to cause irritation.

Question: Why is it dangerous to mix bleach with ammonium chloride?

Answer: The mixture of ammonium chloride and bleach is known to release chloramines gas. It is toxic in nature and causes irritation to the eyes, nose, throat, etc. when exposed.

Question: Where do you find ammonium chloride inside a house?

A few important properties of ammonium chloride are listed below:

• It occurs in the form of a hygroscopic white solid.

• It is an odorless crystalline salt.

• The commonest use of ammonium chloride is as a fertilizer.

• It is used as an expectorant in cough medicines.

• It is used for maintaining low temperatures in cooling baths used in laboratories.

• It is also used as a supplement for cattle feed.

is O2 ionic or covalent

is HCl ionic or covalent

is CH4 ionic or covalent

is CaCl2 ionic or covalent

is CO2 ionic or covalent

is CCl4 ionic or covalent

is SiO2 ionic or covalent

is MgCl2 ionic or covalent

is CaO ionic or covalent

is H2O ionic or covalent

is CO ionic or covalent

is KCl ionic or covalent

Ammonium Chloride is an ionic compound as a bond is formed between ammonia (a polyatomic ion) and chlorine (a metal).