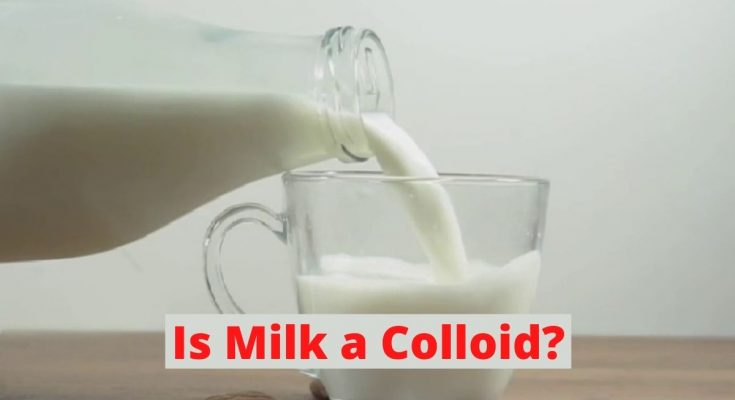 Milk has been one of the most beloved dairy products for thousands of years. By definition, it is produced by the mammary glands of mammals. More than six billion people across the globe consume milk and milk products because of their impressive nutritional profile.

Milk contains a wide variety of nutrients like proteins, fats, vitamins, minerals, healthy fats, and antioxidants. These nutrients can benefit the body in multiple ways –

In this article, we will study the chemistry of milk and the most searched questions related to it-

• Is milk a colloid?

• What is a colloid and its classification?

• What are the properties of colloids?

• Is milk heterogeneous or homogenous?

• What is the stability of the colloidal system in milk?

So, Is milk a colloid? Yes, milk is a colloid. It has tiny globs of butterfat suspended throughout the mixture. It is an example of liquid in a liquid colloid (commonly known as an emulsion).

In general terms, pure indicates ‘free of adulteration’’ however, for a chemistry learner, pure means a substance composed of a single type of particle.

Generally, most of the matter around us exists not as a pure substance, but as a mixture. A mixture is a combination of more than one type of pure form of matter. Based on the nature of the components of the mixture, it is of three types –

What is a Colloid?

A colloid is a mixture that exists as a dispersion of microscopic insoluble constituents of one substance in another. Examples – milk, fog, smoke, dust, sprays, cheese, foam; jelly, etc. 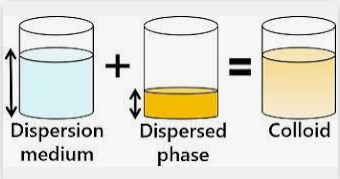 Based on the physical state (solid, liquid, gas) of the dispersing medium and dispersed phase, colloids can be classified as follows


Based on the nature of the interaction between the components, colloids can be classified as follows:

Based on the properties of the sol particle, colloids can be classified as follows-

A colloid is an example of a heterogeneous mixture

You must also check out the article on is milk a homogeneous or heterogeneous mixture.

• The size of the suspended particles in a colloid can range from 1 to 1000 nanometres (10-9 meters). They are too tiny that it is not easy to see them with naked eyes

• Colloids are big enough to scatter a beam of light through them. So, the path of light is visible in a colloid

• The separation of colloidal particles cannot be done by the process of filtration. It requires a special technique known as centrifugation

Is Milk a Colloid?

Milk consists of several compounds like proteins and fats. The small globules of fat and proteins float around freely and independently throughout the liquid.

They repel each other and do not settle after standing due to the (usually negatively) charged particles and make milk a colloidal solution. 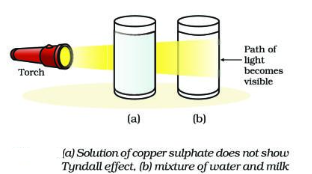 What Type of Colloid is Milk?

Milk is an example of liquid in a liquid colloid, known as an emulsion. An emulsion is defined as a mixture of two or more immiscible liquids. In milk emulsion, milk fat is mixed with water. 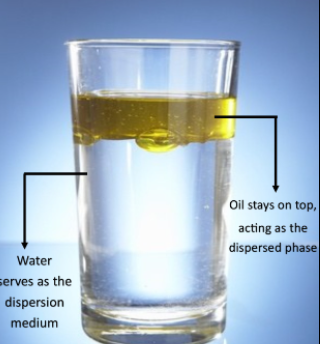 Is Milk a Solution?

As discussed above, milk consists of water and small globules of fats and proteins that float throughout the mixture.

Unlike true solutions, it is heterogeneous in nature. In fact, particles are big enough to scatter a beam of light through them and show the Tyndall effect. It follows the properties of a colloid.

Hence, Milk is not a solution.

Is Milk a Suspension?

If you examine a drop of milk under the microscope, tiny globs of proteins and fats suspended throughout the liquid can be seen.

Moreover, unlike suspension, they do not settle down after standing indicating that milk is a colloid.

Stability of the Colloidal System in Milk 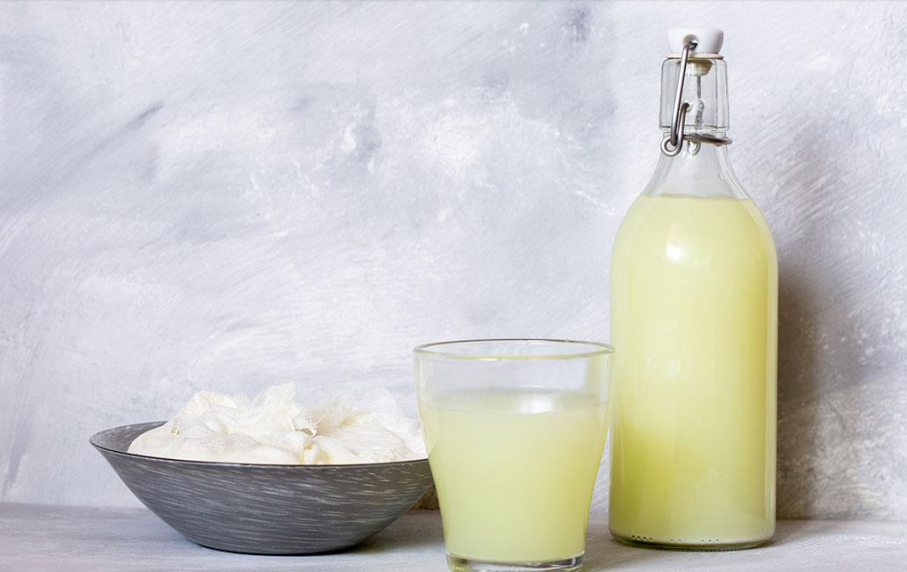 Milk is a colloidal solution in which tiny fat globules repel each other due to the presence of identical and equivalent negative charges. They do not aggregate together to form larger particles. They just float throughout the liquid freely without clumping.

However, when the pH of milk changes or becomes acidic (for eg, by adding lime juice to boiling water), milk protein (casein and others) molecules begin to attract one another. This leads to the formation of “curdles” or lumps or long chains.

Further, these long chains of protein molecules get separated from water molecules and form a sediment, known as “chhena” or “paneer”.

Must Read: pH of Milk – Acidic or Alkaline

A mixture is composed of two or more substances, mixed in any proportion. It can be of three types- true solution, suspension, and colloids.

A true solution is a homogenous mixture. It has two components – solute and solvent. The size of the particles of the solution is ˂ 1nm so they cannot be seen by naked eyes and do not show the Tyndall effect. They are stable in nature.

Suspensions are heterogeneous mixtures in which one substance is soluble in another. The size of the particles of suspension is very large so they can be easily seen by naked eyes. They are unstable in nature so they settle down when left undisturbed

Colloids are heterogeneous mixtures. The size of particles is small enough to be visible by the naked eye; however, are large enough to show the Tyndall effect. There are two components in the colloid – dispersed phase and dispersed medium.

Milk is an example of a colloidal solution. It has floating small particles of fat and protein globules which show the Tyndall effect as well as do not get settled down after some time. So when you put milk in the fridge overnight, its composition remains as such. No fat blobs get settled down. They stay where they are.