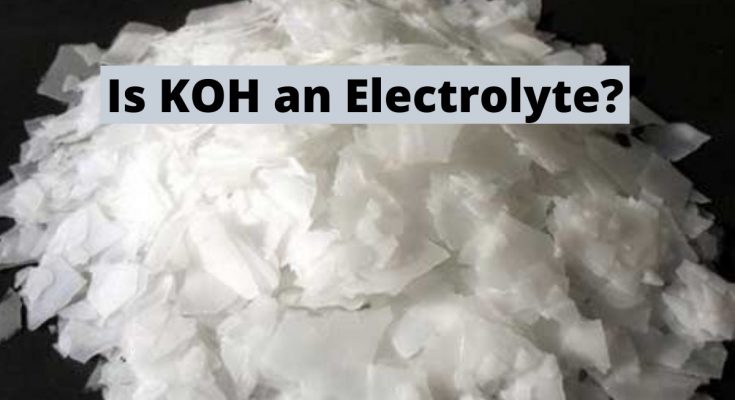 Potassium hydroxide is a common substance. You have definitely seen the name on the ingredient list of a tonne of household objects, from soap to packaged food.

But first, let’s slow down and clarify a few things. KOH is the chemical formula for potassium hydroxide and the key to answering all our questions.

But why is KOH so ever-present?

And what does KOH do?

The potassium (K+) ion is positively charged for KOH as it gives up a single electron from its outermost orbit and OH- ion accepts an electron, gains a negative charge.

When KOH is dissolved in water or molten, these ions separate and can conduct electricity! This property is what makes KOH an electrolyte.

Let us explore this further!

What is an Electrolyte?

An electrolyte is a substance that dissociates to form charged ions when dissolved in water or heated to a liquid.

The ions are of two kinds ie; the positively charged cations and their opposite negatively charged anions. Due to this property of electrolytes, they can conduct an electric current when dissolved in water or are in a molten state.

The ability to conduct electricity is the fundamental characteristic of an electrolyte.

To identify an electrolyte, we must ask one key question. What is its chemical composition? What exactly is included in the molecule?

An electrolyte must be a compound that can dissociate to form ions. If it cannot do so, the compound will not be able to conduct electricity even if it can be dissolved in water or be heated to become molten.

For example, the glucose molecule (C6H12O6) does not dissociate into ions under any conditions. Even when dissolved in water, glucose does not separate into ions and cannot conduct electricity. Why is KOH an Electrolyte?

KOH is an ionic compound, meaning its atoms are kept together because of the opposite charges of the positively charged K and negatively charged OH.

The electrostatic pull between the two oppositely charged ions attracts them to each other.

This attraction keeps them together in a crystalline structure when dry and at room temperature. But when this structure is disrupted, they become charged ions capable of conducting electric charge! When KOH is dry and a crystalline solid, it cannot conduct electricity and instead acts as an insulator.

This crystalline structure is because of the lattice structure composed of positively and negatively charged ions and can be broken under certain conditions.

For potassium hydroxide, the crystalline structure is broken when KOH is put in water or when it is heated above 360°C at normal surface atmospheric pressure.

The ions dissociate as the substance dissolves, causing the ions to be suspended in water. As the ions are separated into K+ and OH-, the solution of KOH and water can now conduct electricity! This ability of KOH to ionize makes it an electrolyte. 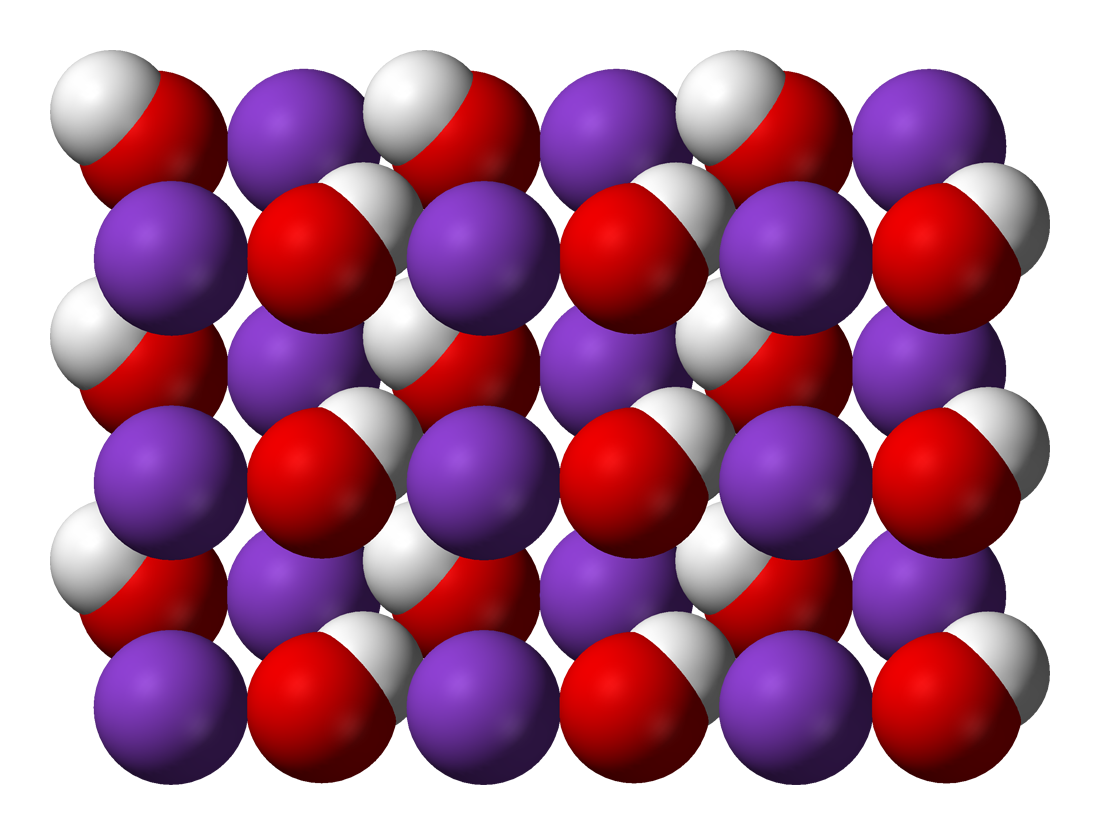 Now we understand that electrolytes conduct electricity. But we also know that conductors can be called strong or weak based on how much electricity they can conduct.

Some molecules become ions, but others remain molecules, and some ions even go back to being molecules. The number of molecules that dissociate to form ions is often as low as 1% and usually does not increase more than 10%.

This fact means that there are fewer ions available to conduct electricity, making them weaker.

All of these substances do not ionize completely, unlike strong electrolytes.

These reactions can be represented with a double arrow (forward and backward reaction):

Factors that Decide the Strength of an Electrolyte

The key to how strong an electrolyte is the number of ions it can form. So, what dictates this ability?

As the above difference table makes clear, the number of ions that an electrolyte can produce makes it a good electrolyte. But there is a small caveat.

A high chemical concentration in water will not guarantee that it is a good electrolyte solution, even if the chemical dissolves well!

Why is this so? Because the high concentration can lead ions to form molecules all over again, which is precisely the opposite of what we want.

To determine the strength of the electrolyte, the ion formation must be considered rather than the solubility of the substance in water.

Why is KOH called a Strong Electrolyte? 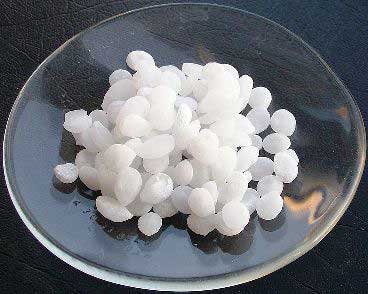 To be called a strong electrolyte, the substance must completely dissociate to form ions when dissolved in water.

At the stage when there are only ions and no undissociated molecules present in the aqueous solution, the electrolyte is the strongest as it can be. Strong acidic and strong alkaline substances make for the strongest electrolytes.

Suppose the arrow only points at the product end of the chemical equation. In this case, the arrow indicates that no dissociated ions are reverting to molecules.

For example, the dissociation of KOH can be represented like this:

As strong electrolytes dissociate entirely, they can conduct large amounts of electric charge. Further, when their aqueous solutions are concentrated, they are astonishingly corrosive!

A large number of ions means they essentially react with most things, especially with organic matter like skin and hair. This fact means that you should be careful when handling these substances!

The corrosiveness property is not shared by all strong electrolytes, however! It is often limited to the electrolytes of strong acids and strong bases.

For example, NaCl (sodium chloride or common salt) completely dissociates in water and is, therefore, a strong electrolyte. But it is not corrosive at all!

Uses and Properties of KOH

KOH does have some everyday uses.

KOH is used to dissolve some kinds of warts, and cuticles. It is pretty corrosive when dissolved in water. Its ions react with everything nearly and can break down keratin and skin cells to the molecular level.

KOH is used in some pharmaceutical cosmetics. This use is inspired chiefly because of potassium hydroxide’s unique suitability to decompose or remove soft tissue and hair.

So, it is really not a surprise to find out a substantial amount of our soaps, shaving creams, and nail products contain potassium hydroxide.

It is also used to make acidity stabilizers for food and agriculture. And KOH is also used in cleaning products for industrial use!

KOH is also being used in Engineering for some fascinating projects! KOH is used in batteries and to make micro-supercapacitors because of how good of a conductor it is. There is also experimental work being done to use KOH to produce hydrogen fuel!

Potassium hydroxide is a wondrously versatile electrolyte. Its properties allow it to be used in a wide range of processes. The world of science continues to delve into its various uses and widen the horizon of possibilities.

KOH is used to manufacture so many daily commodities that it is impossible to mention them all! And simultaneously, potassium hydroxide is also the basis of ground-breaking research in microelectronic devices and clean energy.

All of this is possible because KOH is a strong electrolyte that undergoes complete ionization in the water! After all, this very thing allows it to be such a corrosive chemical and a good conductor of electricity.

This article was a combined effort of me and Rhea Khanna.