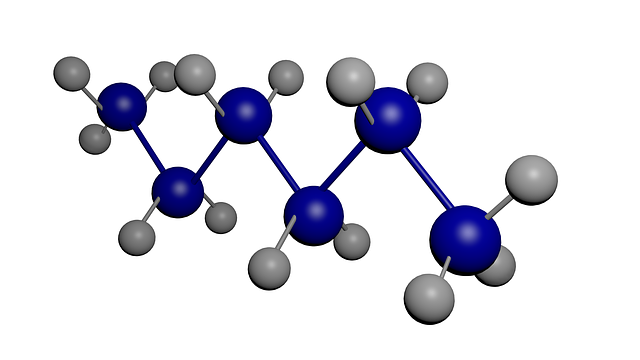 Hexane is a chemical compound that exists in colorless liquid form at room temperature. It is classified as an organic compound ie; alkane of six carbon atoms. The chemical formula of hexane is C6H14. These alkanes are odorless in pure form. Many science students may have doubts about whether hexane is polar or not. In this article, I will answer this question and will cover the surrounding topics too.

So, Is Hexane Polar or Nonpolar? Hexane is nonpolar in nature because of its symmetric geometrical structure. Although Carbon and hydrogen have an electronegativity difference of 0.35, the dipole gets canceled out due to the symmetry making the C6H12 a polar molecule.

It exists as a colorless liquid at room temperature with a boiling point of around 50-70 degrees Celcius.

Hexane is prepared by the refinement of crude oil. It is widely used as a solvent in chemical laboratories

It is an alkane containing six carbon atoms chain. These are significant constituents of fuel or gasoline.

If we talk about the chemical composition of hexane, it consists of 6 carbon atom and 14 hydrogen atoms. It is a hydrocarbon of the six-carbon chain.

The covalent bond between atoms of different electronegativity develops polarity in the bond.

Here the difference between the electronegativity of Carbon and Hydrogen is around 0.35.
As a result, that covalent bond also has some nonzero dipole moment value.

The molecules having such polar bonds can be nonpolar itself if the shape of the molecule is symmetrical because in such cases the dipole of polar bonds gets cancels out ith each other.

As a result, the net dipole moment of the complete molecule turns out to be zero.

Characteristically, Hexane exhibits low reactivity and acts as a good solvent for reactive compounds.
Similar to gasoline, it also volatile in nature and have a high risk of explosion.

What are Polar and NonPolar Molecules?

The Polarity of a chemical compound is determined by how evenly the charge is distributed across the bond formed between two atoms.

If the charge is evenly distributed between the two atoms, the bond formed within them is said to be nonpolar. Whereas if there is an uneven distribution of charge across the bond, the bond is said to be polar.

The covalent bonds can be polar and nonpolar depending upon factors like electronegativity, dipole moment, and the geometrical structure of the molecule.

Polar molecules: these are the molecules in which the atoms share unequal charge distribution on them. In such molecules, the atoms forming a chemical covalent bond have an electronegative difference among them.
Due to this difference, the higher electronegative atom attracts the bonded electron pair slightly towards itself and gains a partial negative charge. In return, the other gains a partial positive charge.

The net dipole moment of such compounds is found nonzero.

Examples of polar molecules are CO, H2O. you can check out the reason for the polarity of CO.

Nonpolar molecule: these are the molecules in which there is an equal sharing of electrons between the atoms that are covalently bonded.

The molecules are symmetrical in shape. The two atoms will have the same electronegativity if the covalent bond formed by them is nonpolar.

It is also important to note that it is possible to have the existence of polar bonds within the nonpolar molecule but due to the symmetrical structure of molecule the polarity gets cancels out with each other.

The net dipole moment of nonpolar molecules is found zero.

Why is Hexane a Polar Molecule?

The chemical composition of hexane is composed of 6 carbon atoms and 14 hydrogen atoms.
The carbon and hydrogen have a difference of 0.35 units in their electronegativity.

Carbon is more electronegative than hydrogen due to which the covalent bond (C-H) formed is polar in nature. Carbon shares a greater proportion of the bonded pairs of electrons. Carbon gains a partial negative charge on it and in return the hydrogen gains a positive charge on it.

But instead of having the polar bonds C-H in hexane molecule, due to the asymmetrical shape of hexane molecule, the polarity of these bonds gets canceled by each other and makes the hexane a nonpolar molecule.

Mathematically, it is the product of the charge and the distance between them. It is denoted by D.

Geometrical structure: The molecules that are symmetrical in shape tend to be nonpolar because the dipoles get canceled out with each other n case, the polar bonds exist within the molecule.

The molecule of hexane is symmetrical shape ie; it forms tetrahedron shape that has a bond angle of 109.5 degrees between the carbon and hydrogen atoms.

The chain of carbon atoms is sequentially followed by one another.

Below is the look of the molecular structure of Hexane.

The Hexane is a colorless liquid that contains six carbon chains connected to hydrogen atoms. The carbon and hydrogen have electronegativity difference that makes the C-H bond polar.

But due to the symmetrical shape of the Hexane molecule, the polarity of these polar bonds gets canceled out with each other making the Hexane a polar compound.

If you guys have any questions regarding the polarity of hexane, you can ask them in the comment section. We will reach out to you as soon as possible.