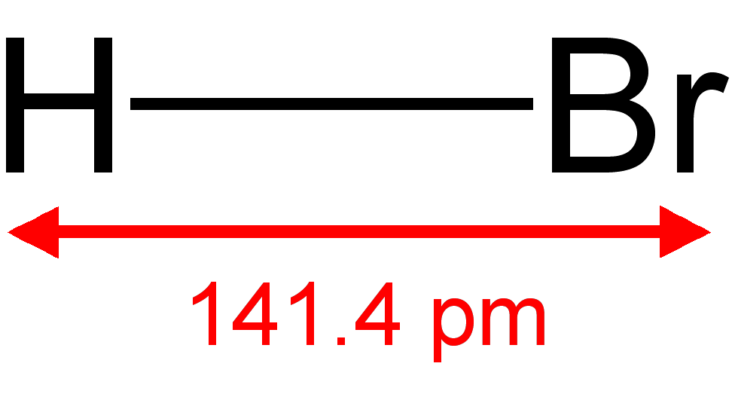 Hydrogen bromide is a chemical compound known by chemical formulae as HBr is a diatomic molecule. It is a colorless compound mixed and acid in nature. Many of you may have a doubt regarding the polarity of hydrogen bromide(HBr). So, I will answer this question and clear all your doubts and cover the surrounding topics too.

HBr is readily soluble in water. It is an acid mixed with water. At room temperature, Hydrogen bromide present in water gets saturated at 68.85% HBr by weight.

This chemical compound is mainly used for making inorganic and organic bromine compounds.

Hydrobromic acid is a powerful acid formed when bromine is dissolved in water. HBr is a suffocating gas in nature. It dissolves very easily in water. It also dissociates readily in water.

This gas is corrosive that can cause a severe burn on its contact.

The molecule of HBr consists of one hydrogen atom and one bromine atom. The molecular mass of HBr is 80.9119 g/mol.

Basically, electronegativity can be defined as the strength of an atom how strongly it can attract the bonded pair of electrons.

Contents show
What are Polar and Nonpolar Molecules?
Why is HBr a polar compound?
How to check the polarity of a compound
Synthesis of Hydrogen Bromide
Properties of HBr
Uses of HBr
Conclusion

The atoms within a molecule are held by forces. These bonding forces can be ionic, covalent, hydrogen bond, and metallic bond.

The ionic and covalent bonds are the strongest among these.

The ionic bond is formed between the molecules that are oppositely charged. These atoms are attracted to each other due to electrostatic forces between them.

The covalent bond is formed between two atoms when they share the electrons of each other to get stabilized.

The covalent bond in which both connected atoms have equal electronegativity share equal charge. It means the charge distribution on both atoms is uniform.

In case, if the atoms that are covalently bonded have different values of electronegativity. The more electronegative atom attracts the bonded electron pair slightly more towards it and gains a partial negative charge.

Whereas the other atom whose electronegativity is lesser gains partial positive charge.

In this way, the dipole moment of such polar molecules is nonzero. Examples of such chemical compounds are HCl, HBr, NH3. you can check out the reason for the polarity of Ammonia.

And the molecules that are nonpolar have their zero dipole moment. These atoms share the bonded electron pair with equal strength. Examples of such nonpolar compounds are CO2, H2.

Here is the article for the non-polarity of H2.

Why is HBr a polar compound?

The HBr molecule is made up of hydrogen and bromine atoms that differ in their electronegativity.

The electronegativity of Bromine is 2.96 and that of hydrogen is 2.2. Due to this difference in their electronegativity, the bromine atom attracts the bonded electron slightly more towards itself.

In a hydrogen bromide molecule, the unequal charge distribution between both atoms occur. It means the bromine atom share a greater portion of bonded electrons.

Therefore, the covalent bond H-Br generates polarity across it.

Due to this polarity of the HBr molecule, the value of the dipole moment of this molecule is nonzero.

How to check the polarity of a compound

There are different factors that help us to determine the polarity of a molecule. These are discussed as below

Dipole moment: It is the measure of the polarity of a chemical compound. It is calculated as the product of the charge on atoms and the difference between them.

Geometrical shape: The shape of a molecule is an important parameter to determine the polarity of a molecule.

However, in the case of HBr, the shape of this molecule is linear because the molecules formed with two atoms form a linear-shaped molecule.

Below is the geometrical structure of the HBr molecule. 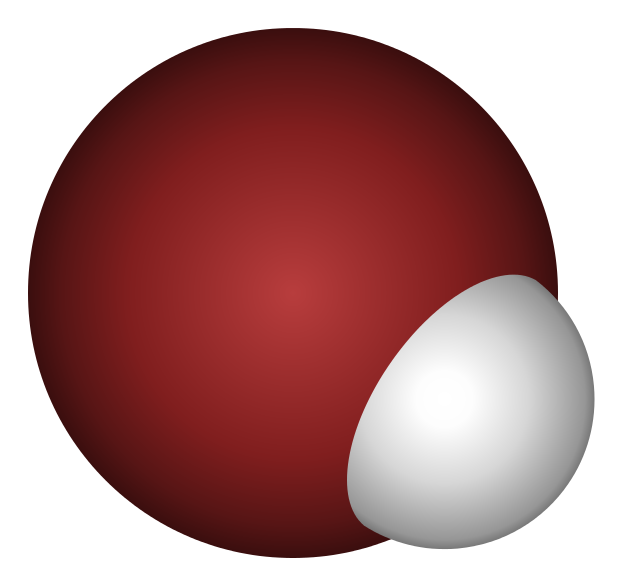 The HBr molecule is prepared by a variety of methods in the laboratory by the process of distillation of a solution of potassium bromide in the presence of sulphuric acid.

The reaction for the above process is as following

Apart from the above method, this acid can also be formed by the bromination of tetralin.

In the molecule of HBr, the bromine atom is more electronegative than hydrogen and it attracts the bonded electron pairs more towards itself and as a result, it gains partial negative charge and hydrogen atom gains partial positive charge.

Due to this unequal charge distribution, the polarity in the HBr molecule is developed and it results in a non zero dipole moment value.

If you guys have any questions regarding the polarity of HBr, you can ask your questions in the comment section. We will reach out to you as soon as possible.