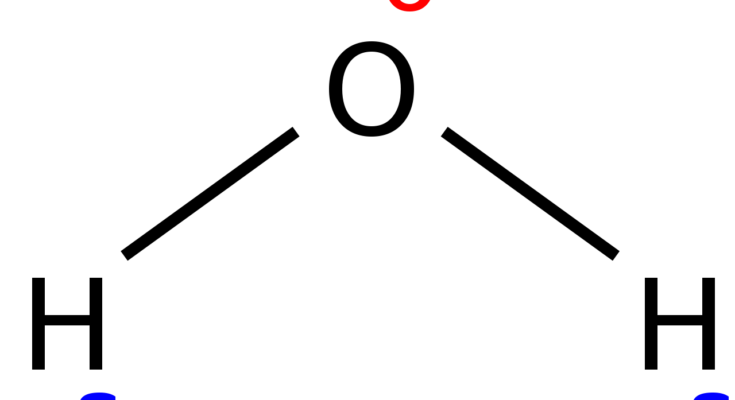 Water or H2O is a substance composed of chemical elements Hydrogen and Oxygen and can be found in gaseous, liquid and solid states of matter. It is available in abundance as an essential element present in many compounds. One common question that arises among students is whether H2O(water) is polar or nonpolar. So, I will answer this question in detail in this article.

So, Is H2O polar on nonpolar? Yes, water (H2O) is polar. This is because of the bent shape of the water molecule due to which there is an unequal charge distribution over the atoms of hydrogen and oxygen involved in the molecule of water. Therefore, the water molecule possesses a net dipole moment.

Being a tasteless and odorless liquid compound at room temperature, water has a special property to dissolve plenty of other substances as a versatile solvent essential to living beings in the world.

Aqueous solutions have been vital in the origination of civilization since all of the living organisms depend on aqueous solutions like blood and digestive juices, for biological processes.

Water in small quantities seems colorless but it is said to possess blue color intrinsically while exposed to slight absorption of light at red wavelength.

While being a polar molecule, water can have unique physical properties like high boiling points, specific heat capacity, surface tension, and solvent capabilities.

Here we shall discuss if the water is polar or nonpolar, and what makes it any of them whatsoever.

What are Polar and Nonpolar Molecules

There are various types of bonds that join two or more atoms to create molecules of ionic, covalent, hydrogen and metallic types in given conditions. The two most particular and strongest types of bonds are ionic and covalent bonds.

Ionic bonds are formed when atoms of opposite charge and signs attract each other to create neutralized molecules.

Covalent bonds form in a condition where atoms can share electrons to create molecules. Covalent bonds can be a single, double or triple bond on the basis of the number of electrons shared among the atoms.

Particularly, this happens when there is a large difference in values of electronegativity. Due to the formation of partial ionic charges, molecules become polar molecules with one side being charged highly positive and other side being highly negative.

Molecules formed using an equal covalent bond to share electrons, with no ionic charge and symmetrical sharing of electrons are called nonpolar molecules. This happens between atoms with similar electronegativity.

With no abundance of charges, charges balance each other. Many gases like hydrogen, helium, oxygen, carbon dioxide and nitrogen are some of the particular examples of nonpolar molecules.

Is Water (H2O) a Polar or Nonpolar Molecule

Water is a polar molecule since it is formed using a strongly electronegative Oxygen atom that pulls a pair of the Hydrogen atoms and possesses a slightly negative charge on it.

The polarity of a molecule majorly depends on its constituent atoms and their arrangement around the central atom. Polar molecules tend to attract water molecules, particularly through a Hydrogen bond.

They become reality soluble in water because of successfully competing with the help of Hydrogen bonds between the water molecules.

Nonpolar groups do not exhibit favorable chances of their interaction with water thus are not included in an aqueous environment. This is called the Hydrophic effect in general.

This is also the reason why the adjacent entropy of water is less than that of nonpolar compounds.

What Makes Water a Polar Molecule 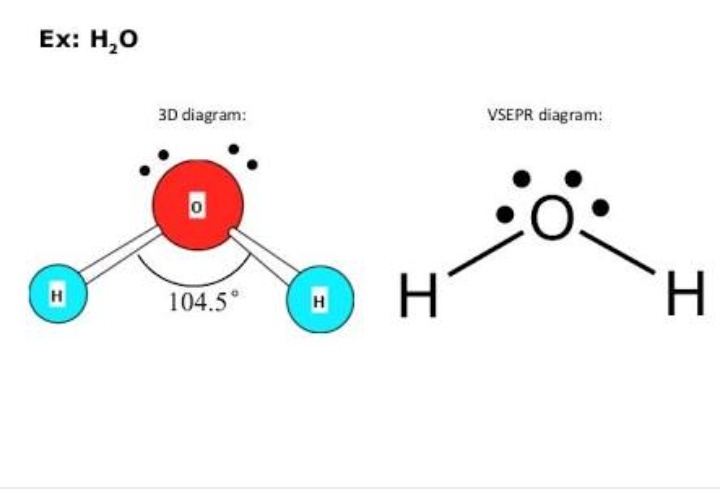 The polarity of water molecules shows many unique physical properties. One of the most particular reasons of water being a polar molecule is its bent shape.

The bond angle between the O-H bonds in the H2O molecule is around 104.5 degrees.

The two lone pairs on oxygen atom cause the lone pair-bond pair repulsion due to which the bent shape of H2O is formed. The geometrical structure of the H2O molecule is non-planar.

A significant part of the slightly negative charge and the positive charge in the water molecule stays on the other side of the molecule because of the shape.

This is considered a significant example of polar covalent chemical bonding in water molecules.

Hydrogen and oxygen are both showing characteristics of nonmetals under normal conditions, however, oxygen shows a considerable amount more electronegative than hydrogen, so the two particles structure a covalent compound bond, yet it’s polar.

The highly electronegative oxygen molecule pulls in electrons or negative charge to it, making the district around the oxygen more negative than the zones around the two hydrogen atoms.

The electrically positive segments of the hydrogen molecules are bent with the two filled orbitals of the oxygen.

Fundamentally, both hydrogen molecules are pulled in to a similar side of the oxygen atom, however, they are as far separated from one another as they can be on the grounds that the hydrogen atoms both possess a positive charge.

The bent shape is a balance between attraction and repulsion during the formation of molecules.

While reconsidering the fact that the covalent bond between every hydrogen and oxygen in water is polar, a water molecule can be identified as an electrically neutral molecule.

Each water molecule is said to have 10 protons and 10 electrons, for a net charge of 0.

For a better-detailed understanding, you should also check out the article on H2O lewis structure, molecular geometry, and hybridization.

The polarity of Water & Its Impacts on Physical Properties

The polarity of water shows many impacts on the physical properties of its molecules, primarily, the solvent properties.

Initially, the water’s polarity clarifies its dissolvable properties. An example of water as fluid is equipped for dissolving various ionic compounds such as salts, polar organic compounds i.e. ethanol (liquor), and acids.

The polar water molecules apply a draw on any compounds or other polar molecules, pulling them separated from their bigger structure and dissolving them.

Since it can promptly break down ionic compounds, water can act as an effective conductor of electricity.

Regardless of regular facts and discussions, pure water is still identified as an inefficient conductor of electricity.

At the point when water breaks down a little amount of an ionic compound (like table salt) however, it turns into an electrical conductor. Almost every living being depends on the dissolvable abilities of water to endure.

Hydrogen bonds are formed when hydrogen is attached to a progressively electronegative element like oxygen, nitrogen, fluorine and is within the sight of another polar molecule or a single electron pair.

Since electrostatic attraction between two charged bodies is proportional to the squared distance between them, the closer a hydrogen atom comes to a neighboring water molecule more the strength of the bonds increases.

Since hydrogen atoms are small in size, they can get very near the neighboring oxygen atoms and form generally solid electrostatic bonds.

Every molecule of water attracts other molecules because of their opposite charges and polar molecules or ions comprising various biomolecules like sugars, nucleic acids, and some amino acids.

A polar molecule engages interactively with water or dissolves into it, such molecules are called Hydrophilic.

Nonpolar molecules, on the other hand, do not engage that interactively with water and keep them separated rather being dissolved into it, thus called Hydrophobic.

Since water is a compound formed in the composition of two atoms of Hydrogen and one atom of Oxygen, its more electronegative Oxygen atom makes it a polar molecule and it exhibits an asymmetrical pull on the molecule’s participating electrons.

The multi-state behavior of water is particularly standardized by the polarity and Hydrogen bonds. It is the only known compound that exists in all three states of matter, namely solid, liquid, and gaseous form even in the standard environment.

Since water is a polar molecule, it features Hydrogen bonds with a relatively stable physical existence in an extensive range of temperature and pressure conditions.

Moreover, the existence of Hydrogen bonds demonstrates how water shows volumetric expansion when it transforms into ice or sold form through the process of freezing.

Most of the compounds show an increased density when they transform themselves into a solid form by being frozen through cooling, but in the case of water after being cooled to 4 degrees C, it starts expanding itself.

Slowing moving molecules of water makes the formation of Hydrogen bonds simpler and arrange the molecules of the compound in a crystalline structure.

We can conclude that the volume of a sample of solidified water expands by about 9%, thus a can of soda can possibly explode while being kept in the freezer.

As discussed in the earlier sections, its polarity demonstrates its unique and special properties that also create many advantageous impacts for living beings.