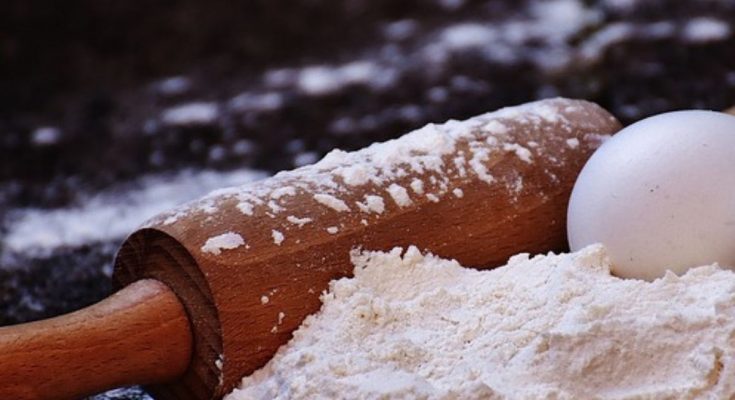 Flour has been finding its existence in our households since 6000 BC when for the first time wheat grains were crushed between old-fashioned millstones to manufacture flour. Flour is the powdery substance obtained by the process of milling, where a dry grain is pulverized. It is an inseparable and irreplaceable part of the food we eat.

Apart from food, flour is also used in many household products. Although any grain can be made into flour, its most common varieties are made from wheat such as all-purpose flour, bread flour, etc.

Let’s study more about flour and its flammability in this article.

Is flour flammable? Yes, flour is highly flammable, as well as explosive in nature. It is so because its main component is starch, a type of carbohydrate. When particles of flour are suspended freely in the air, they can catch fire in the presence of heat, burn instantly and transfer heat to nearby particles, relatively quickly. This type of explosion is known as a dust explosion.

Let us check the science behind the flammability of flour in detail.

Contents show
Flammability of Flour
How does a tiny grain catch fire so easily?
Can flour catch fire while cooking?
Is flour explosion dangerous?
What must be done to prevent flour explosion at home?
High-Risk Areas
Homemade small experiments
Components of flour
Uses of flour
Conclusion 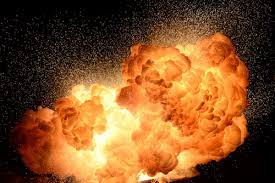 Many food processing plants around the globe have suffered explosions, the reason being the flammability of flour. The main constituent of flour is starch, which is a type of carbohydrate.

Carbohydrates are organic compounds and hence, contain a carbon skeleton. Their general formula is Cx(H2O)y. Per 100 grams of flour contains 25% carbohydrate, 20% proteins, and 10% dietary fiber. The remaining constituents depend on the type of grain used.

Any hydrocarbon (sugar) when coming in contact with oxygen and heat, undergo combustion and burn up to produce carbon dioxide gas and release water. For example, think about lighting a marshmallow on fire. Since it is sugar, it’ll burn up easily, and so does flour.

Flour and other sugar particles, when they are suspended in the air as dust, become explosive. Even a very little amount like 2 grams of flour per cubic foot of air is enough to catch fire in the presence of heat sources such as, gas stoves, heater,s and machinery in mills and factories that produce enormous amounts of heat.

The explosive nature of flour is based on the fact that its grains are so small in size and they burn instantly. When one-grain burns, it lights nearby grains like a chain reaction. The energy in the form of flame thus released can flash through a dust cloud with explosive force.

How does a tiny grain catch fire so easily?

Burning is a surface phenomenon. It can only take place at the surface of a solid or liquid substance, where it can chemically react with oxygen.

When a substance is present in powdered form and suspended in the air, it offers more surface area exposed to oxygen per unit weight, as compared to bulk materials. That is why flour dust clouds are much more flammable than any other bulk materials.

Can flour catch fire while cooking? 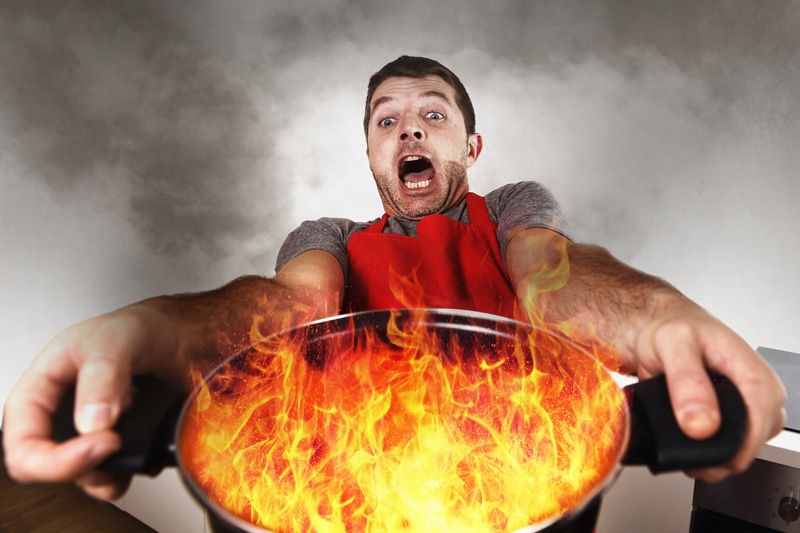 Flour is usually used in wet form during cooking. It does not catch fire in that way, hence nothing to worry about. Secondly, flour isn’t prone to explode on its own. It can catch fire only when you create a cloud of dust and ignite a fire near it.

Hence, keep cooking and baking your favorite dishes, without worrying about spilling a little amount of flour.

Do you know, just like flour, cocoa powder, milk powder, pudding mix, and similar products that constitute carbohydrate, can catch fire when suspended in the air in presence of heat.

A flour dust explosion can cause major damage to structures, equipment, and a person, depending upon the quantity of grain in the cloud.

A huge amount of energy is released in the form of flame which can harm any unprotected person nearby.

It can cause skin burns, itching, and even asphyxiation (in a closed space) when oxygen level drops below the required to breathe.

What must be done to prevent flour explosion at home?

There is a very rare record of flour dust explosion incidents at home. They are usually of small scale and are easy to contain. Even playful “flour fights” in the kitchen are unlikely to result in fire.

Production mills and factories are more prone to dust explosions. They handle massive quantities of flour at once and often have space for the powder to separate and form dust clouds.

There are many flour dust explosion incidents recorded in the past years. One of the most recent is the Formosa fun coast explosion (June 27, 2015), New Taipei, in which around 15 people lost their lives and 500 got injured.

Another incident was the imperial sugar explosion (February 7, 2008), Georgia, USA. In this, around 14 people lost their lives and 50 got injured.

The image below shows the aftermath of the explosion in the sugar factory.

Though these experiments are considered safe, they should be performed under supervision and with a very little quantity of flour.

Type of grain used and the part of grain retained during the milling process, decide the composition of flour. Types of grain used other than wheat are; rice, barley, oats and corn, soyabean, etc.

Parts of grain that can be retained:

1. Endosperm: Endosperm is rich in carbohydrates, proteins, and also a certain amount of oil. It is the center part of the grain and is retained in simple white flours.

2. Germ: It is the reproductive epicenter of the grain, rich in vitamins, minerals, and fibres.

3. Gluten: The endosperm contains a naturally occurring protein known as gluten. It is commonly retained in bread flour because it gives strength, elasticity, and a chewy texture to bread.

4. Bran: It is the outer husk of grain, which is commonly retained in whole grain flours. It provides flour, a characteristic brown color, and a rough texture.

In this article, we studied the flammability of flour. Flour is a powdered form of grain, which can catch fire when in a suspended form in the presence of heat and oxygen.

Ignition of flour is a type of dust explosion which isn’t accelerated by any external fuel. Flour catches fire as its main constituent is starch, a carbohydrate. In the presence of oxygen, starch undergoes combustion and releases carbon dioxide and water.

Flour explosions at home are very rare and if they happen, can be controlled easily. One must always stay aware and take proper precautions at all times.