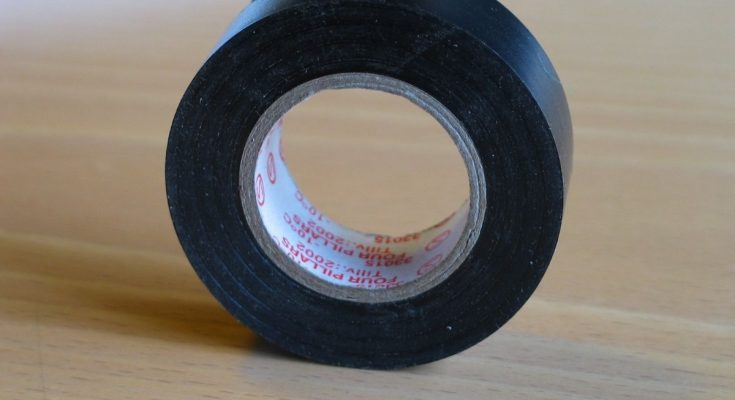 You must have often seen black, blue, or red-colored tapes wrapped around wires in your homes or workstations. These tapes are called electrical tapes and they have insulating properties.

They are adhesive in nature and are used to provide insulation to electrical wires or any material which is supposed to conduct electricity.

These tapes are made up of different materials like plastic, rubber, or fiberglass cloth, however vinyl is the most preferred due to its good insulating and stretching tendencies.

The different colors of the tape represent different voltage levels which are basically done to make these tasks easier and feasible.

So, Is electrical tape waterproof? The answer to the question is both a yes and a no. Electrical tapes are not entirely waterproof as there have been multiple situations in the past where water is the factor behind causing electrical sparks in switchboards. This is the reason why it is preferred to use the term water-resistant to describe their repugnance with water.

It is understandable that it can become confusing sometimes to know the difference between terms that sound the same to us.

In this article, we will try our best to clear the line between the terms; waterproof and water-resistant. 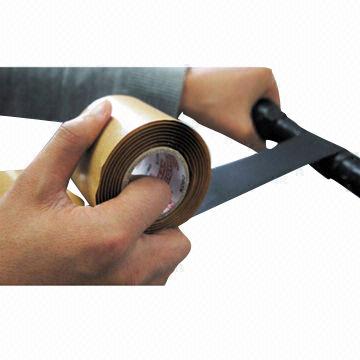 There is a very slight difference in the meaning of the terms; waterproof and water-resistant.

Waterproof substances are the ones that remain completely unaffected by water, whereas, water-resistant substances might have some response and consequences after some time of being in contact with water.

As answered briefly earlier, yes, an electrical tape is considered to be water-resistant and this is because its material (in most cases, vinyl) is such that it does not let the moisture get absorbed which makes this tape considerably safe for usage in electrical appliances.

The water-resistant qualities vary for different varieties of tapes depending on the material and brand.

A vinyl electrical tape can effectively protect the wires from moisture up to a certain limit after which it won’t be very much effective.

How Waterproof is the Electrical Tape?

Any waterproof material must have the ability to provide both insulation and prevention against electrocution.

However, electrical tape is not 100% waterproof, therefore, until and unless the package has ‘waterproof’ printed on it, the tape should only be considered as water-resistant.

Often, the adhesive whose purpose is to make sure that the tape sticks without leaving any passage for the air/moisture, begins to loosen after a while.

The vinyl material is supposed to keep the seal as it is however it is not strong enough to do so as there are times when the seal breaks off and lets the water enter.

Most types of electrical tapes cannot survive in places where the water flow is plenty or if the surface is excessively wet.

However, water-resistant properties make it possible for the tape to work properly in situations where a drop of water may fall on it.

Also, the various colors of tapes don’t have any relation with their water resisting properties. 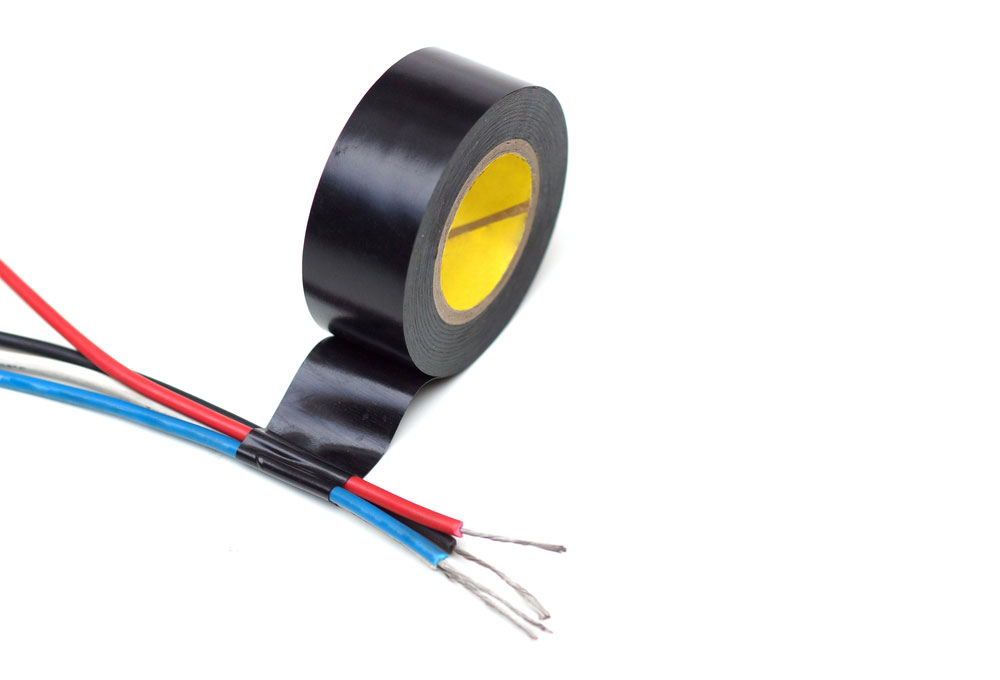 What kind of Tape is Waterproof?

These coatings can be made up of materials like vinyl, polyvinyl chloride (PVC), rubber, polytetrafluoroethylene, mastic, or polyester.

• Vinyl tape: This is the most important kind of tape and it is perfect for conditions that require a water-resistant environment.

• Polyvinyl chloride tape: These tapes work the same way as vinyl tapes. These fall under the category of water-resistant tapes and are not waterproof. 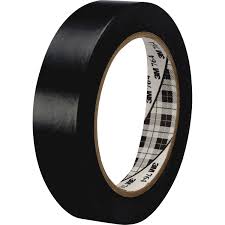 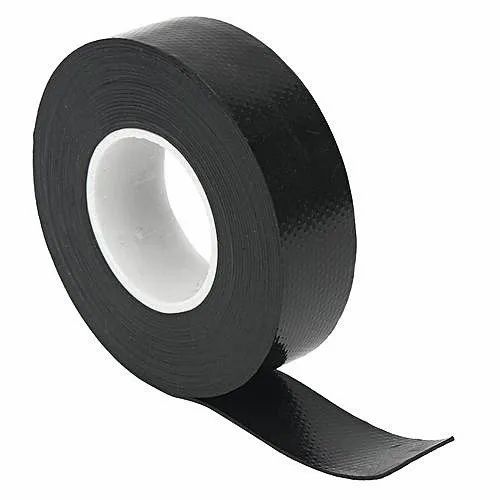 • Polytetrafluoroethylene tape: These tapes are referred to as Teflon tapes.

They have a tendency to survive for a longer period in wet conditions however it is also considered to be water-resistant. 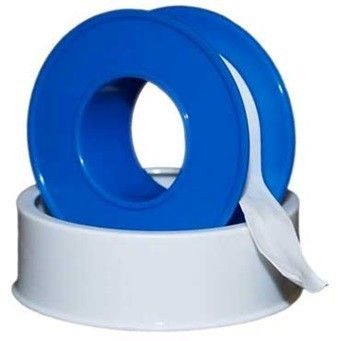 • Polyester tape: These are highly versatile tapes and work efficiently in preventing the transfer of chemicals and solvents. 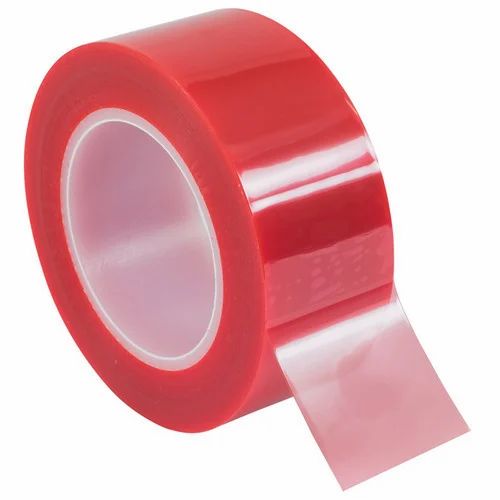 Some polymeric tapes are made up of long-chain plasticizers which increases the strength of their seals.

These tapes act like waterproof tapes to a high percentage.

One such example is a tape made of gorilla crystal which is waterproof and works effectively in preventing water transfer. It is actually made up of ethylene copolymer.

Although, there are some types of tapes that are waterproof but do not function as electrical tapes.

These are duct tapes and they have a strong waterproof backing. Duct tape functions efficiently in repelling water more than electrical tape.

This is the reason why it is used to repair the drainage pipes which prevents water from leaking.

What is an electrical tape made of?

An electrical tape is a basic adhesive tape which on being coated with the right material imparts insulation for electrical wiring.

It consists of a main component called backing which can be of paper, cloth, plastic film, or foam.

The backing is then coated with an adhesive which provides it the friction to stick on the surface.

The adhesives can be of different based on application such as;

● Acrylic adhesives provide quick setting time and a high percentage of resistance to the tape.

● Silicone adhesives are more flexible and compatible in high-temperature conditions.

● Epoxy resin when used to adhesives, strengthens the tape and makes it less shrinkable.

The backing or carrier of a tape is also available in different materials like paper, cloth in case of fabric layer, metal (aluminum) foils to cause prevention against flames, thermoplastic or thermostat film, PVC or vinyl to resist abrasion and weathering, fiberglass for stability in rugged environmental conditions, silicone, rubber and many more.

It is very important to have knowledge of the composition before using electrical tape to avoid any extreme consequences like electrocution or worse, a fire outrage.

The categorization of electrical tapes based on their material was discussed earlier in the article.

Amongst all, black tape is the most used one by electricians for electrical taping.

Let’s take a look at the different kinds of electrical tapes:

● Black, Red, White, and Blue tapes: these are used in connections with low voltage requirements.

● Orange and Grey tapes: these are used in connections with high voltage requirements.

● Brown and Yellow tapes: these can be used in both low and high-voltage connections depending on the requirement.

● Green and Green with yellow stripes tape: these are used for earthing or on isolated grounds in different situations. 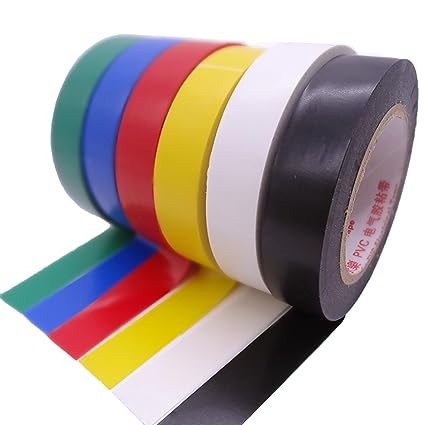 Electrical tapes can be brought into use for numerous purposes in both electrical and non-electrical requirements.

Some of which are:

● Using it for taping the twisted electrical wires to avoid shock and sparking.

● Separating the cold wires from the hot ones prevents short-circuiting.

● Coating the hockey stick to avoid the building up of moisture between the palm and the stick.

● Being very helpful in temporary repairs in cars or electronic appliances.

● Stopping the slipping of shin guards of athletes.

● Marking positions of the actors on the stage for feasibility in finding them during performances.

Let us summarise our learnings from the article. So far we have learned that the electrical tapes can both be water-resistant and waterproof depending on the fabric or material, but are more former than the latter.

They are available to us in different colors as well as in a variety of materials for adhesives and their coatings. The black tape in the vinyl coating is the most common type of electrical tape used by electricians.

Apart from the number of applications, these tapes are commonly used to provide insulation, heat resistance, and water/solvent resistance to electrical circuits and appliances.