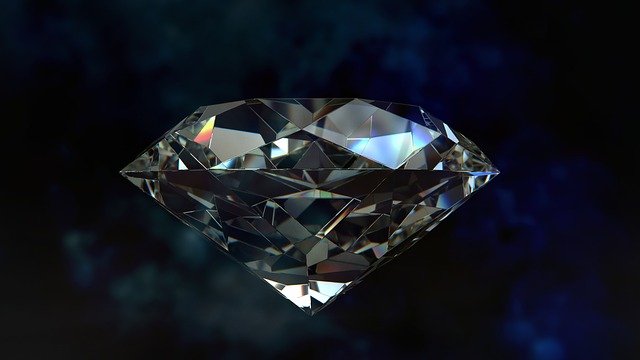 Diamond is one of the allotropes of the carbon element. It exists in the solid phase at room temperature and atmospheric pressure.

Carbon element can form a long chain with itself, i.e., C-C-C-C-C-C… owing to its catenation property i.e., the carbon atom can form a bond with another carbon atom.

These different structure modifications are called Allotropes. These allotropes usually exist in the same phase. For example, all allotropes are present in the solid phase in the case of the carbon atom.

So, Is diamond an element? Yes, Diamond is classified as an element because it is a crystalline form of a single element i.e., carbon. The structure of Diamond is cubic type, in which one carbon atom is tetrahedrally bonded to four other carbon atoms. This tetrahedral structure is extended in all three directions. Therefore, it is sometimes called a mineral but not a compound for sure.

However, Diamond becomes a compound via the introduction of boron and nitrogen element as impurities. The impurities impart different colors to the Diamond otherwise it is colorless.

Out of these all allotropes, graphite, diamond, and buckminsterfullerene are the three main allotropes of the carbon atom.

Here, we will focus on the diamond, an allotrope of carbon.

Diamond is found naturally in Earth’s mantle at the depth of 150-250 km.

However, it can also be synthesized either by treating the carbon atom under very temperature and pressure or by chemical vapor deposition of hydrocarbons.

So, let us check it out in detail. Before that, we should be aware of the terms Atoms, Element, and Compound i.e., the basic concepts of chemistry.

We all know that matter exists in three different physical states, namely, solid, liquid, and gas. However, matter can also be classified as a pure substance and a mixture depending on the chemical nature of constituent particles.

These constituent particles are known as Atoms. Atom is the basic unit of Matter, as per Dalton’s theory. Later, scientist realized that atom consists of subatomic particles, namely, electron, proton, and neutron.

However, there is a requirement for atoms to differentiate the matter based on their categories. The atoms combine to form elements and compounds.

The pure substance is further categorized into element and compound on the basis of the type of atoms involved in the formation of pure substance.

Elements contain particles of only one type of atom. They can be atoms or molecules. For example, carbon atom (C), Silicon atom (Si), and argon atom (Ar) are elements.

A compound contains particles of more than one type of atoms or elements. Carbon dioxide (CO2), water (H2O), and ammonia (NH3) are some of the examples of the compounds.

Now, we can understand whether a Diamond is an element or a compound.

Why Diamond is Element?

On the basis of the definition of the element and compound, we can say that

Diamond is an element as it contains particles of only one type of atom i.e., the carbon atom. No other atom is involved in Diamond and hence, it cannot be a compound.

Diamond is an element like hydrogen (H2), oxygen (O2), and nitrogen (N2) are elements. 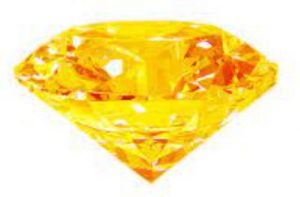 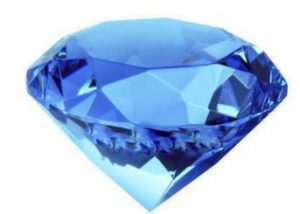 These impurities are scattered in the whole crystal but do not participate in the structure of the crystal. Now, there is more than one type of element i.e., carbon, nitrogen, or boron, which make diamond a compound.

Let us discuss some properties of the Diamond, an allotrope of the carbon atom.

As we already stated that the diamond is a solid allotrope of the carbon atom. The carbon atoms are arranged in a cubic structure.

It is a natural material with the highest hardness and thermal conductivity. Hence, diamond is used for cutting and polishing. For example, A diamond cutter is utilized for cutting glass.

The electrical neutrality and hardness of the Diamond can be understood by its crystal structure. Let us understand the structure of Diamond along with the explanation of its unique properties.

The structure of diamond in terms of bonding is similar to other most stable allotrope of carbon atom i.e., Graphite.

In the crystal structure of Diamond, the carbon atom is tetrahedral and covalently bonded to the other four carbon atoms. It results in the formation of a covalent network lattice, which is extended in all three directions.

Hence, the crystal structure of Diamond would be: 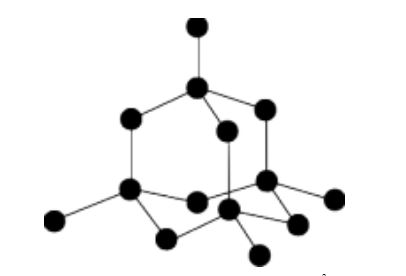 We can observe that each carbon in the covalent network lattice is sp3 hybridized, which can be determined from the steric number of carbon atoms.

Hence, the steric number of the carbon atom is 4, which results in sp³ hybridization.

The covalently bonded network lattice results into the cubic structure, which can be represented as: 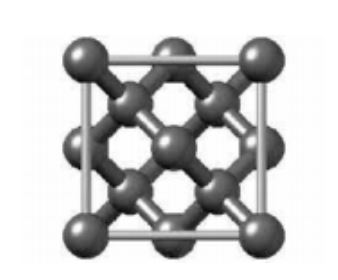 Let us see how can we relate the structure of the Diamond with its unique properties.

The unique properties of the Diamond can be explained based on their covalent network lattice.

These unique properties are the highest hardness, very high melting point, electrical neutrality of the Diamond, non-conductor of electricity but the best thermal conductor, and high optical dispersion.

Let us discuss the relation of the unique properties of the Diamond with its structure i.e., the Giant Covalent network lattice.

Hardness: The covalent bond involved in the structure of Diamond is very strong. Hence, the giant covalent network of Diamond results in its highest hardness out of natural minerals on earth.

Melting point: The melting point of the Diamond is very high i.e., 4027° Celsius owing to the strong covalent bond.

The interesting fact that the Diamond can never be melted as it is converted to the thermally stable form of the carbon atom, Graphite, at high temperature instead of melting.

Electrical Neutrality: There is no charge on any carbon atom in the crystal structure of the Diamond and hence, it is electrically neutral.

Non-conductor of Electricity: The crystal structure of the Diamond also reveals that there is the absence of lone pair on the carbon atom or we can say there is no delocalized electron for conduction of electricity.

As all electrons are localized in the bond, Hence, Diamond does not conduct electricity. However, the other form of the carbon atom i.e., Graphite conducts electricity owing to the presence of delocalized electrons

Optical Dispersion: Diamond can disperse light of different colors and hence, it has high optical dispersion as compared to other forms of the carbon atom.

Thermal Conductivity: The diamond is the best thermal conductor at room temperature due to the lightness of the constituent atom i.e., the carbon atom, and strong covalent bonding between carbon atoms.

The room temperature thermal conductivity of the Diamond is 2000 W/m.K. It is five times higher than copper metal, which is a good thermal conductor.

Now, I think you are convinced that the unique properties of Diamond are related to its structure, which is different from another form of the carbon atom, i.e., Graphite.

In conclusion, we have studied whether the Diamond is an element or a compound.

We conclude that Diamond is an element owing to the presence of only one type of element i.e., the carbon element.

Thank you for reading the article.

Suggestions and queries are most welcome.