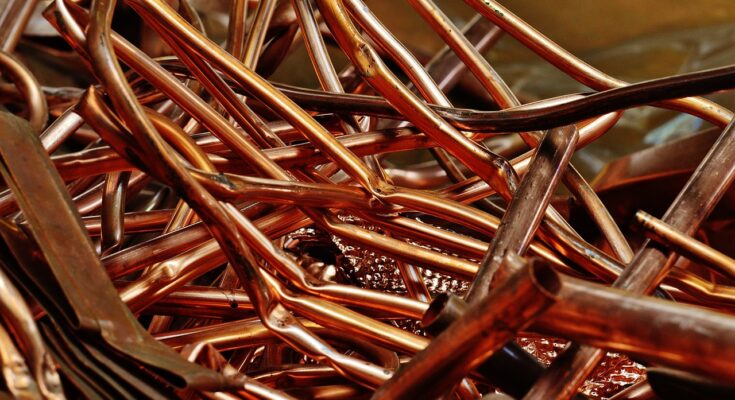 We all know when two magnetic fields come in close to one another, they either repel or attract one another forming a magnet. Being a metal, copper requires to be one out of superconductor, diamagnetic, paramagnetic, and ferromagnetic. Copper is one exception of being diamagnetic in nature, where it is supposed to be paramagnetic.

The magnetic properties of any metal usually depend on the presence of unpaired electrons in the outermost shell.

The more a merrier, as they help the atom with responding to a nearby magnetic field, either by attracting to it or getting repelled by it.

From the diagram, it can be clearly understood that copper lacks one electron in the s orbital, as books say, making it a paramagnet. 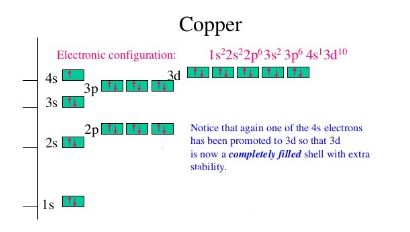 But chemistry is full of exceptions, and copper is one contributor to it. To achieve better stability, one electron from 4s moves to 3d shell.

It leads to symmetrical charge distribution throughout the 3d shell, and the process is exothermic in nature, meaning it gives out the energy reaching a much stable state with low energy.

Why copper is diamagnetic, not paramagnetic in nature?

We know, to be a diamagnet, metal has to have paired electrons and to be a paramagnet, the presence of an unpaired electron is a must.

It is because of stability copper has achieved by completing its d shell.

It has increased the stability of copper to many folds, in which the absence of only one electron cannot compete in any manner. It is the reason why copper is diamagnetic, not paramagnetic in nature.

Why is copper magnetic in nature?

All elements of the periodic table possess magnetic properties in the presence of a strong to very strong external magnetic field.

As all diamagnetic repel magnets in an external magnetic field, copper is no different.

In the presence of an external magnetic field, the electrons of copper start spinning in their orbits.

This spinning of electrons decides whether an element will attract or repel a magnet.

Why copper repels a magnet?

The interaction between a magnet and copper is based on Lenz’s law.

This law states that a continually changing magnetic field induced in a conductor decides the direction of the electric current and is based upon the magnetic field created by the induced current that opposes the initial magnetic field.

If you realize, it is a law of conservation of energy.

The magnetic field and electric current works hand in hand. If you bring and move a magnet close enough to copper, it will generate electrical eddy currents.

This current will repel the magnet if you free fall it within the copper (a centrally hollow copper ring). This repulsion pushes against the magnet and will slow down the speed of free fall.

This interaction with magnets is used in the power plants to generate electricity.

How long the magnetic behavior of copper lasts?

If in case, the external magnetic field is very strong, the magnetism lasts for a few days after removing it.

The researchers are contemplating if this behavior can lead to the discovery of hybrid metal-organic magnets which can be used for medical imaging.

Will copper stick to a magnet?

By this time, you can answer this question on your own. No, under normal conditions copper will never stick to a magnet. Moreover, in the presence of an external magnetic field, it will repel the magnet.

The magnetic susceptibility of copper is very low and is usually found between 300-degree kelvin to 1.45-degree Kelvin.

The actual numbers can be calculated using the aforementioned formula.

In addition to this, the nuclear susceptibility of copper occurs at one-fifth of these temperatures mentioned.

Such behavior is due to the presence of paramagnetic (presence of unpaired electron) impurity content which says the susceptibility behavior of the copper is mostly independent of the temperature.

The values of magnetic permeability give a much clearer picture than the magnetic susceptibility. 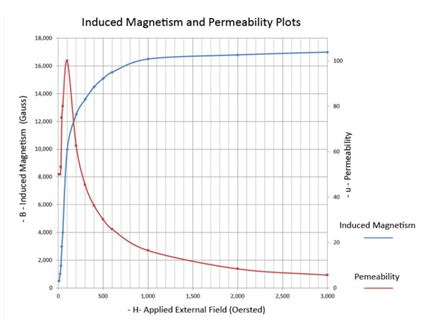 The magnetic permeability usually decreases with an increase in the applied external magnetic field for diamagnets like copper.

The element that has been used to make an alloy with copper brings its properties. So, if the question is; are all copper-alloy magnetic?

It cannot be answered in any manner. We need to study this with an example of copper-beryllium alloy.

It is also diamagnetic in nature and possesses similar magnetic behavior as that of metallic copper.

Can copper be used to make an electromagnet?

Copper has low electrical resistance due to which it allows easy flow of electric current through it. In addition to this, copper can easily be molded into a wire to make a coil. So, copper is a good choice to make an electromagnet.

Can copper be used to block or shield magnetic fields?

Can the copper wire be coiled around a magnet?

Yes, this will increase the total magnetic field to many folds. The principle it follows is Faraday’s law of induction.

It is an important law of electromagnetism which helps with predicting how a magnetic field will respond to an induced electric field to produce electromotive force. A phenomenon also called electromagnetic induction.

What is eddy current?

The eddy current is a continual loop of electrical current induced by changing the magnetic field in the conductor as per Faraday’s law of induction.

Is copper a superconductor?

Yes, as copper allow electrons to move freely within itself carrying electrical charge along with them. The electrical current can continue to flow within the metal without degrading or dissipating irrespective of time.

The best way to understand this is by bypassing a magnet through a centrally hollow copper ring.

The speed of a free-falling magnet reduces the moment it comes in contact with copper. From far, it looks magnet is floating in the air.