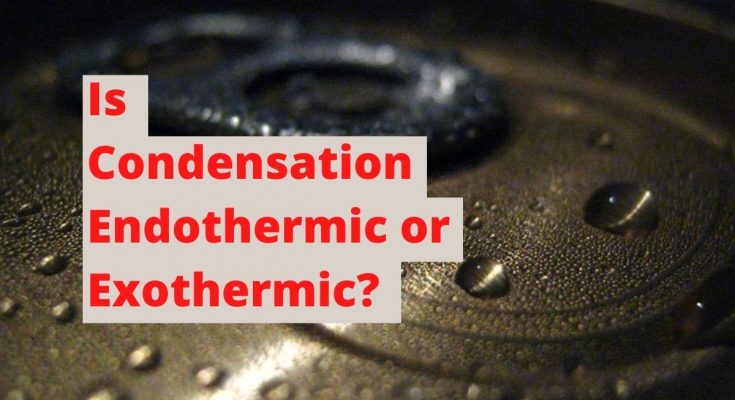 Condensation is a change of state from the gas to the liquid phase. Most frequently refers to the conversion of water vapor to liquid water, which happens for example on cold surfaces or in nuclei in the atmosphere.

Condensation is also an example of a phase transition. The reverse process (transformation of liquid into gas phase) is called vaporization.

Condensation releases heat to the environment, so it is exothermic. During condensation, the molecules lose kinetic and potential energy, which is released as heat (thermal energy).

What is the Endothermic and Exothermic Process?

Examples of endothermic transitions are the boiling of water and the melting of ice, which take heat from the environment.

Exothermic transitions are the condensation of water vapor and the freezing of liquid water, that gives heat to the environment. 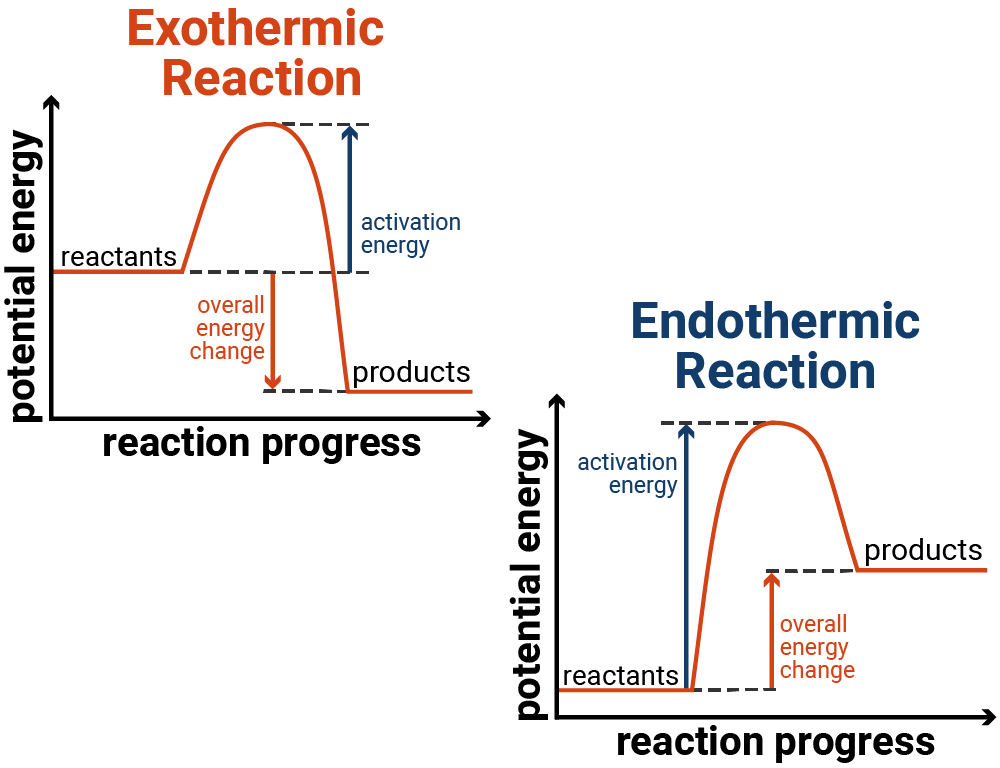 In condensation, the molecules, initially separated in the gas phase, get closer and form a liquid (denser phase).

Condensation is commonly observed on cold solid surfaces, for example, refrigerated metal cans and inside glass windows in winter. 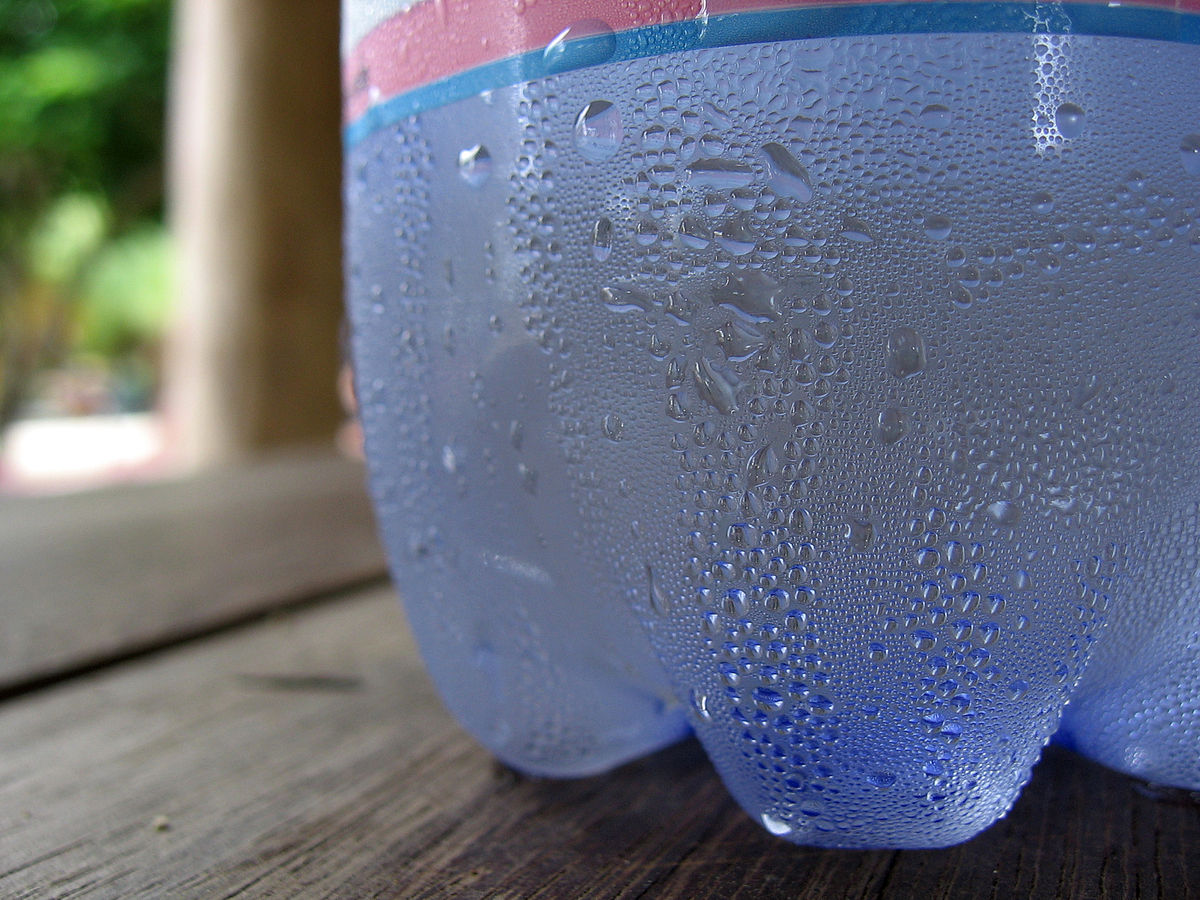 Also, the condensation of water vapor on the small particles of dust in the atmosphere produces clouds. Under freezing temperature conditions, atmospheric water vapor condenses to snow (the solid phase) and the process is called deposition.

Does Condensation Absorb or Release heat?

Condensation releases heat because the molecules lose kinetic and potential energies that are released as heat to the environment.

An example is the condensation of water vapor.

Why is Condensation Exothermic?

The molecules in the gas are separated by great distances (in relation to their size). They move in straight lines until they collide with another molecule or the wall of the container. So, the gas molecules have kinetic energy.

The molecules in the liquid phase are closer together and move slower than those in the gas phase.

Thus, in condensation, the gas molecules lose kinetic energy when going into the liquid state. The lost kinetic energy is released to the environment in the form of heat.

The loss of kinetic and potential energy, released in the form of heat, makes condensation exothermic.

When vapor comes in contact with the surface of an object kept at a temperature lower than the saturation temperature, it condenses into a liquid with the release of heat, called latent heat. This process finds use for heating.

The reverse process (evaporation) takes thermal energy from the environment and is applied to refrigeration.

Thus, the reaction from left to right (Condensation) is exothermic, and from right to left (Evaporation) is endothermic.

The Phase Changes of Water. Which are Exothermic, and Which are Endothermic? 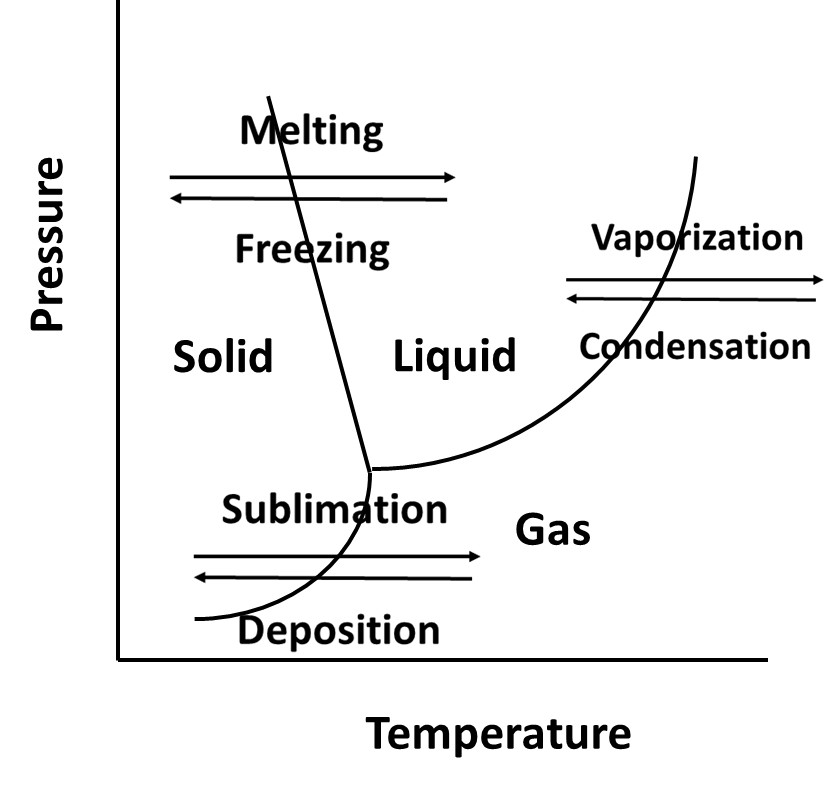 Figure 1. The phase diagram for water

The direct transformation from solid to gas is called sublimation, and inverse deposition. The deposition is a type of condensation. Frost and snow are examples of deposition.

In Figure 2 we see the liquid and gas section of Figure 1. 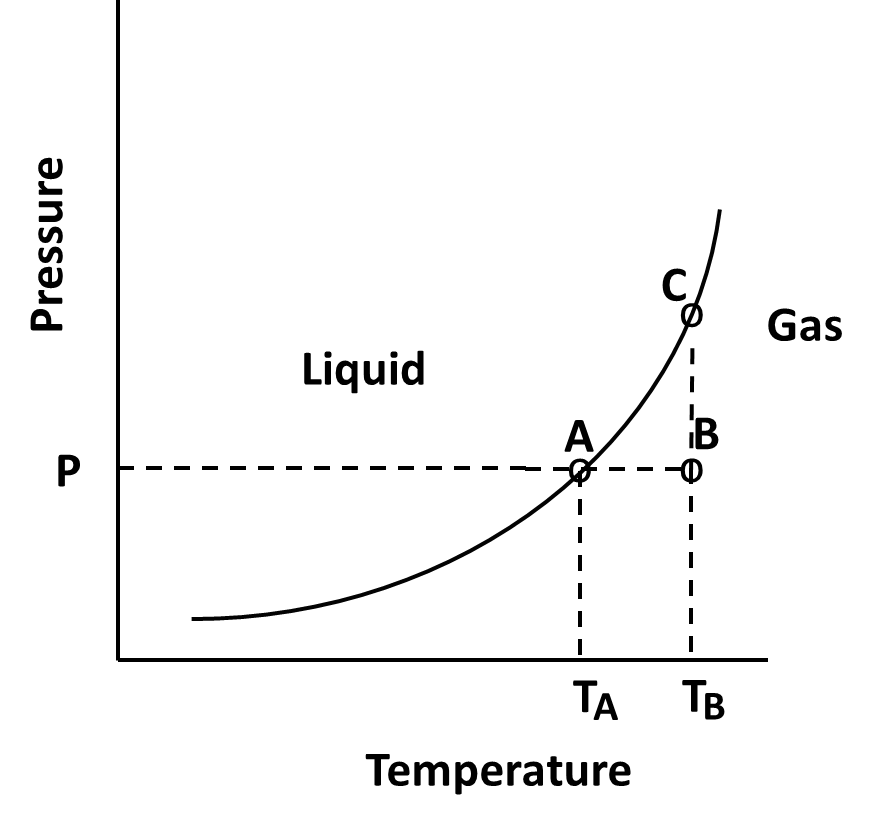 Figure 2. A section of the phase diagram for water

At points A and C, liquid and gas are at equilibrium. At point B, only the gas (vapor) is present, and condensation is not possible.

The Heat of Condensation

The heat of condensation is defined as “the heat evolved when a vapor changes to a liquid”. More specifically, “the quantity of heat that is evolved when the unit mass of a vapor is changed at a specified temperature to a liquid and that equals the heat of vaporization” (Merriam-Webster).

The heat added or removed during a phase change is called “latent heat”.

The heat of condensation is equal to the change of a thermodynamic property called enthalpy, represented by H:

The gas and liquid are at the same conditions of pressure and temperature.

In general, If heat is absorbed during the process, ΔH is positive; if heat is released, then ΔH is negative.

Enthalpies are measured in units of energy per mole, or Joule/mol. Table 2 shows enthalpies of condensation at pressure = 1 atm for a series of liquids:

The molar heat of condensation is the heat evolved when one mole of vapor is condensed. One mole is equal to 6.02214076×1023 molecules, or a mass in grams equal to the molecular weight in daltons.

What Conditions Cause Condensation? 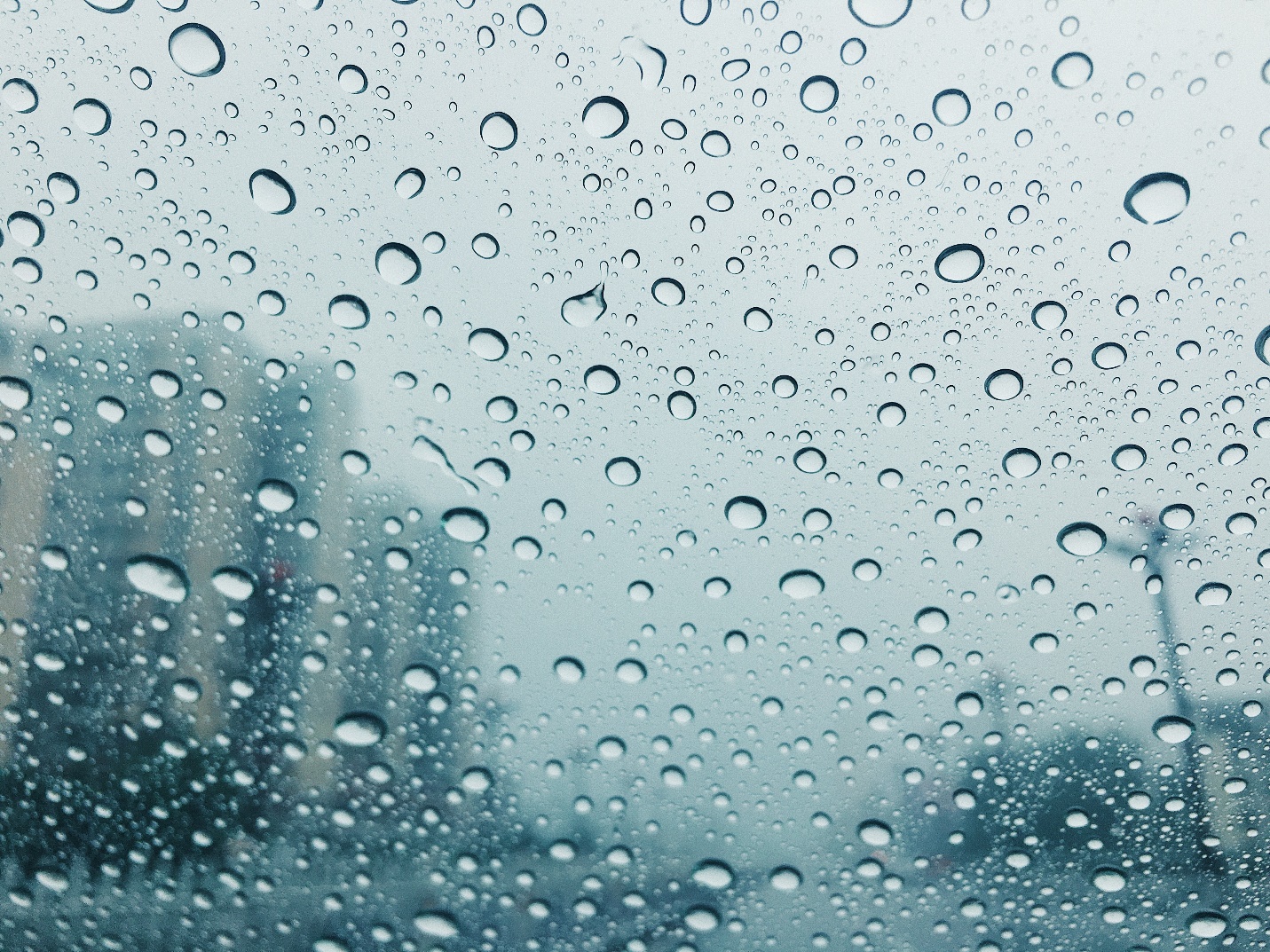 Condensation occurs when warm, moist air collides with cold surfaces. When this moisture-packed warm air comes into contact with a chilly surface, it cools down quickly and releases the water, which turns into liquid droplets on the cold surface.

Examples are water condensing on a cold beer can, glass windows in winter, walls, mirrors, and eyeglasses.

Clouds form in the upper atmosphere when the invisible water vapor rises from the earth’s surface and temperature drops.

Water then condenses in the always present small particles, like dust. The droplets may then coalesce to produce rain drops. The condensation at low altitudes is similar but it is called fog.

Is Condensation a physical change or a chemical change?

Condensation of molecules is a physical change. Chemical changes involve dissociation and/or the formation of chemical bonds.

For example, no chemical bonds are formed or broken in the condensation of water vapor. Chemical changes occur in chemical reactions, where new molecules are formed.

Is Sublimation endothermic or exothermic?

Sublimation is endothermic because the environment gives energy (in the form of heat) needed for separating the molecules in the solid and increasing their kinetic energy.

An example is the direct transformation of frozen water to vapor.

Is Evaporation endothermic or exothermic?

Evaporation is endothermic because energy (in the form of heat) is needed for overcoming the forces of attraction between the molecules and for increasing their kinetic energy.

What processes use evaporation and condensation?

In solar desalination, water is heated by the sun in a specially designed still, and the vapor is condensed on a cold surface. This method does not need another source of energy, like distillation followed by condensation.

A cycle including evaporation and condensation of a special fluid (generally tetrafluoroethane) is used for refrigeration and air-conditioning.

The evaporation part, being endothermic, takes heat from the environment thus lowering the temperature.

They consume less energy than other heating systems. Heating pumps can also be used for cooling.

Condensation is exothermic (it gives away energy in the form of heat). The heat comes from the kinetic and potential energy of the molecules.

As a result, the change of a property called enthalpy is negative – the enthalpy of the condensed mass decreases in the process. The enthalpy change is measured in units of energy/mass, frequently J/kg or J/mol.