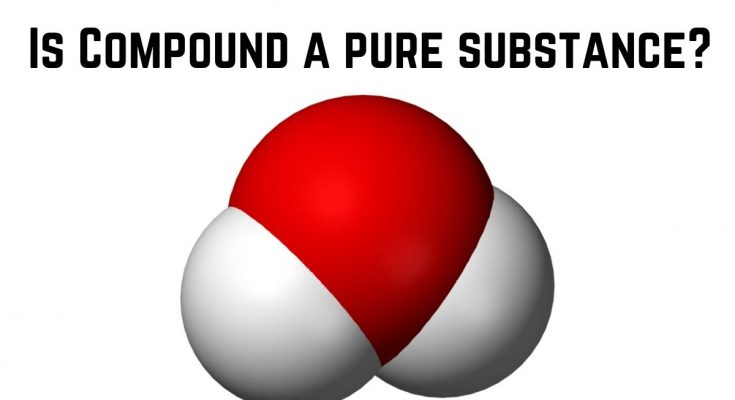 To answer the question raised above you first need to understand what is MATTER?

In simple language, matter is anything that has mass and occupies space. The entire universe is composed of matter. The three most common forms of matter, as per physical classification, are solid, liquid and gas.

Essentially, the matter is made of quark and lepton particles that combine with other fundamental particles viz. electrons, protons, and neutrons, to form atoms, which are the fundamental unit of an element.

Matter, as per chemical classification may also be divided into two forms viz. Mixture and Substance.

A mixture is composed of two or more chemical substances viz. elements or compounds, which are not combined chemically. For example, fog and smoke combine to form smog or a mixture of salt in water. The components may be separated easily using physical methods such as mechanical or thermal.

So, Is compound a pure substance? Yes, compounds are pure substances as they are made of molecules that are formed by the union of atoms of different elements through chemical bonding. Hence, molecules are the fundamental unit of compounds. Each compound is made of only one type of molecule. The arrangement of molecules in a compound results in a definite structure with specific properties unique to every compound. The structure and properties remain uniform throughout the compound. As they completely fit into the definition, compounds can be called Pure Substances.

The mixture can further be divided into two types viz. homogenous and heterogeneous mixture. In a homogenous mixture, components cannot be separately identified by visual examination. The composition of such mixtures is constant, for example, saltwater.

Heterogeneous mixtures, on the other hand, are composed of visually distinguishably components which can be easily separated using physical methods. For example a mixture of sand and water.

Depending on the size of particles, the mixtures may also be divided into solutions, suspensions, and colloids.

On the other hand, substance refers to a form of matter composed of only one type of atom or molecule, chemically combined together.

Also, it should have a uniform chemical composition and characteristic properties. 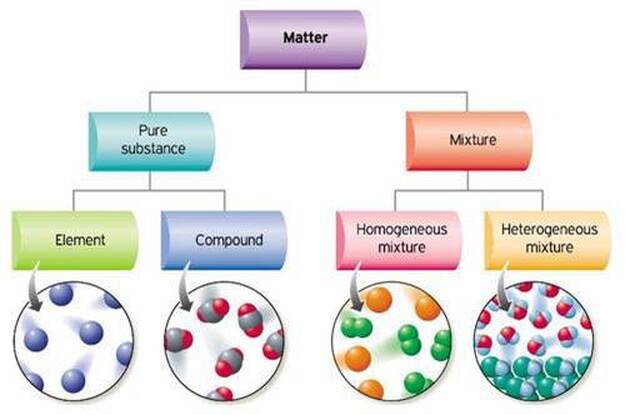 Differences between Pure Substances and Mixtures

1. A pure substance is composed of only one type of atom or molecule. However, a mixture may contain two or more types of atoms or molecules.

2. Pure substances have uniform composition like water, H2O, will always have the same ratio of hydrogen to oxygen.

While a mixture can have variable components viz. the proportion of gases in the air may vary from one place to another or even at the same place from time to time.

3. The components of a pure substance are chemically bonded i.e. they cannot be separated easily without rigorous chemical processes.

On the other hand, the components of a mixture can be separated using physical methods.

4. A pure substance carries a unique identity and does not exhibit the properties of any of its elemental components.

The properties of a mixture may be similar to its constituent elements or may sometimes differ from its individual components.

5. Pure substances have characteristic physical and chemical properties that are constant while the properties of a mixture may vary. 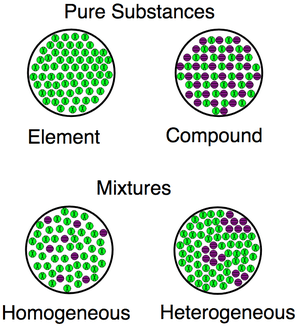 Elements can be defined as the simplest or purest form of matter which cannot be further divided into separate simpler entities by any physical or chemical process. Atoms are the fundamental unit of an element.

Each element occupies a definite position in the periodic table as per its atomic number, which indicates the number of protons present in the nucleus of a single atom of that particular element.

Every element is designated by a unique symbol. Example: O for Oxygen, He for Helium, etc. Elements can exist in monoatomic (He, Xe, etc.) or polyatomic (O2, S8, etc.) forms.

There are 118 elements known to occur, however, only 98 of them are found in nature while the other 20 are human-made.

The elements can further be divided into metals and non-metals based on their properties.

In nature elements usually occur in combination with other elements, in the form of minerals.

However, some elements do not bond easily and are found in Free states in nature, examples include noble gases like Helium, Xenon, etc.

Compounds are substances formed by the combination of two or more elements in a particular ratio.

They are represented by their chemical formula, which symbolizes the proportion of the combining atoms in a molecule.

Example H2O indicates that this molecule is formed by the combination of hydrogen and oxygen atom in a 2:1 ratio.

If the ratio of the atoms in a molecule is disturbed the identity of the compound changes completely.

A molecule is the basic unit of a compound that is unbreakable. The atoms of the elements combine together, to form molecules of the compound, which have completely different properties than, any of the fundamental elements.

For example, both hydrogen and oxygen are gases at room temperature while water formed by their combination exists as a liquid.

For example, water (H2O) and methane (CH4) are molecular compounds while NaCl is ionic.

Compounds may also be classified as organic and inorganic. They are found in all three forms of matter solid, liquid and gas.

Why Compounds are Pure Substance?

Compounds are constituted by only one type of molecule which forms their basic unit.

For example, in the case of water H2O is the fundamental unit. Similarly for Sodium Chloride, NaCl forms the basic repetitive unit.

Chemical compounds are formed owing to the formation of different types of chemical bonds viz. ionic bond, covalent bond, metallic bond, etc., and can only be broken by the chemical process through disruption of these bonds.

Taking the example of water, its constituent elements viz Oxygen (O2) and hydrogen (H2) cannot be separated using any physical process or ordinary chemical methods such as heating.

This can only be done through extensive chemical procedures by breaking the chemical bonds.

Further, every compound has a particular structure owing to the specific arrangement of its molecules.

For example, water (H2O) molecules are bent in shape while ammonia (NH3) has a trigonal pyramidal shape.

Also, the chemical and physical properties of each and every compound are unique to itself.

For example, the boiling point of water is 100 °C and the freezing point is 0 °C. 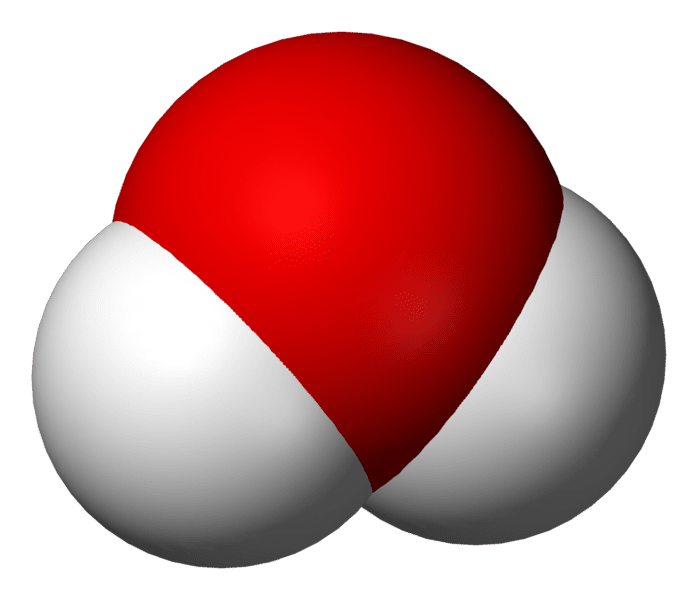 1. Pure substances have uniform composition i.e. they are made of only one type of atom or molecule and therefore, the chemical composition remains the same throughout the compound.

For example, hydrogen (H2) and oxygen (O2) are pure substances as they are formed by multiple atoms of the same type viz. H and O, respectively.

In addition, water (H2O) is also a pure substance as it is formed by multiple H2O molecules.

2. Pure substances are formed by the combination of multiple identical units viz. atoms or molecules through chemical bonding, in a predictable fashion.

For example, when a single carbon atom combines with a single oxygen atom it always forms carbon monoxide while when it reacts with two oxygen atoms it will form carbon dioxide. Therefore, the final product can be easily anticipated.

4. Pure substances always have a unique structure that is consistent throughout the substance, owing to the arrangement of atoms or molecules inside.

5. Pure substances cannot be broken or separated into constituent units without any chemical process of separation.

Pure substances can be classified as Elements and Compounds.

Therefore, it can be concluded that owing to their chemical integrity, characteristic properties, and stable and unique structures chemical compounds can rightly be called pure substances which can only be broken into their basic elements by rigorous chemical procedures.