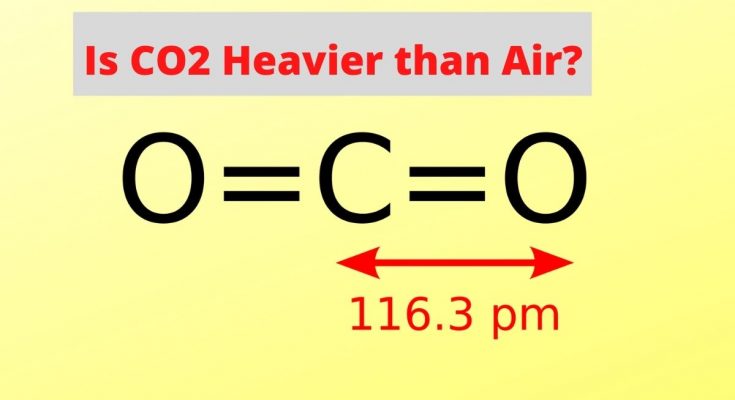 Carbon dioxide is an acidic, non-flammable, and colorless gas under normal temperature and pressure. It is the third most abundant gas in the earth’s atmosphere. It is formed when two oxygen atoms combine with one carbon atom through a double covalent bond.

It works as a greenhouse gas and helps in maintaining the temperature of the earth. Natural sources of carbon dioxide include forest fires, volcanic eruptions, carbonated rocks, etc. It is also the main product of respiration in humans and several other organisms.

A lot of you might be wondering one thing, is CO2 heavier than air? In this article, I’ll answer you.

Let’s have a close look at the detailed concept of the CO2 molecule why it is heavier and what affects its density and weight.

Why is CO2 Heavier than Air?

Air is composed of various gases. The main constituents of air are nitrogen and oxygen which constitute 78.08% and 20.95% of the air, respectively. All the other gases viz. carbon dioxide, methane, argon, etc. constitute less than 1% of the air.

Check out the article Is Air a homogeneous mixture?

Calculating the average molecular mass of air based on the percentage of nitrogen and oxygen:

Adding the values of atomic mass of nitrogen and oxygen

Hence, the average molecular mass of air is less than carbon dioxide. Also, the combined density of carbon dioxide is 1.61 Kg/m3 while that of air is 1.22 Kg/m3. This confirms that CO2 is heavier than air.

Does CO2 Sink or Rise in the Air?

Pure carbon dioxide is denser than air and sinks in the air when both are at the same temperature and pressure.

Here, you must understand that air is not stratified into various gases with the densest and heaviest gas at the bottom, while the least dense and lightest gas at the top. If this was the case you would not be able to breathe oxygen.

Actually, air exists in the form of a homogeneous mixture of gases owing to the various physical forces of the atmosphere acting on it and also due to the energy of different gas molecules.

The regular movement of the collision of molecules amongst themselves does not let the heavier molecules sink or the lighter ones rise high. Hence, stratification of different gases does not occur in the air. 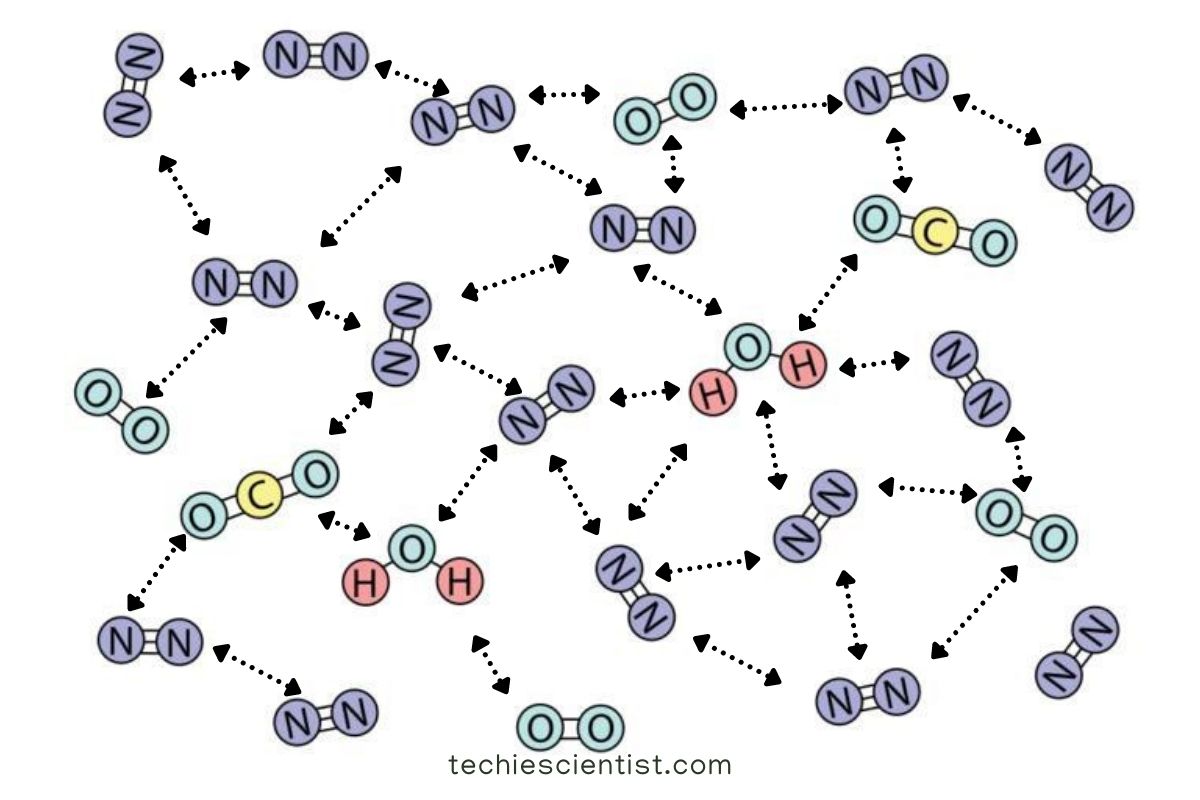 Although, if pure concentrated carbon dioxide is present in a completely undisturbed environment, with stagnant molecules, it will definitely sink in the air. However, it is an ideal condition that does not occur in nature.

Is CO2 Heavier than Oxygen?

Yes, when compared at the same temperature and pressure pure carbon dioxide is heavier than pure oxygen. The molecular mass of Oxygen (O2) is 32 while that of Carbon dioxide (CO2) is 44.

This can be seen in real life in the bottle of wine. You must have read that wine is made by fermenting different liquids in the presence of oxygen and carbon dioxide is formed during the process of wine formation.

Hence, when wine bottles are packed some amount of carbon dioxide released by the wine forms a layer above it not allowing the atmospheric oxygen packed along to interact with the wine. 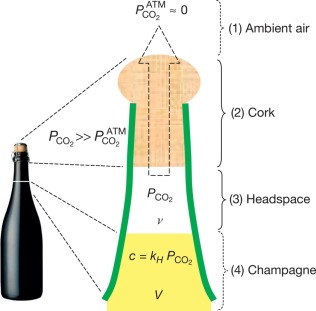 This stratification of the two gases helps in preserving wine for a long duration otherwise the oxygen may react with the wine spoiling its taste and flavor.

How does CO2 get into the atmosphere if it is heavier than air?

As explained in the previous section stratification of gases does not occur in the air. It is due to the fact that the gas molecules remain in continuous motion due to which they keep colliding and mixing with each other.

Owing to regular collisions and movements the gas molecules change their trajectories so fast that it becomes almost impossible for the gravitation forces to act on the gas molecules in the natural environment. 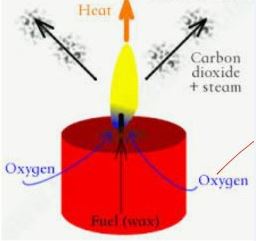 Smelling the cigarette smoke while standing away from the smoker, being able to recognize someone based on their fragrance from distance, or feeling hungry by smelling tasty food while passing by a restaurant are examples of diffusion.

The Density of CO2 Vs Air

The density of different gases present in the air is given in the table below:

When is CO2 Lighter than Air? 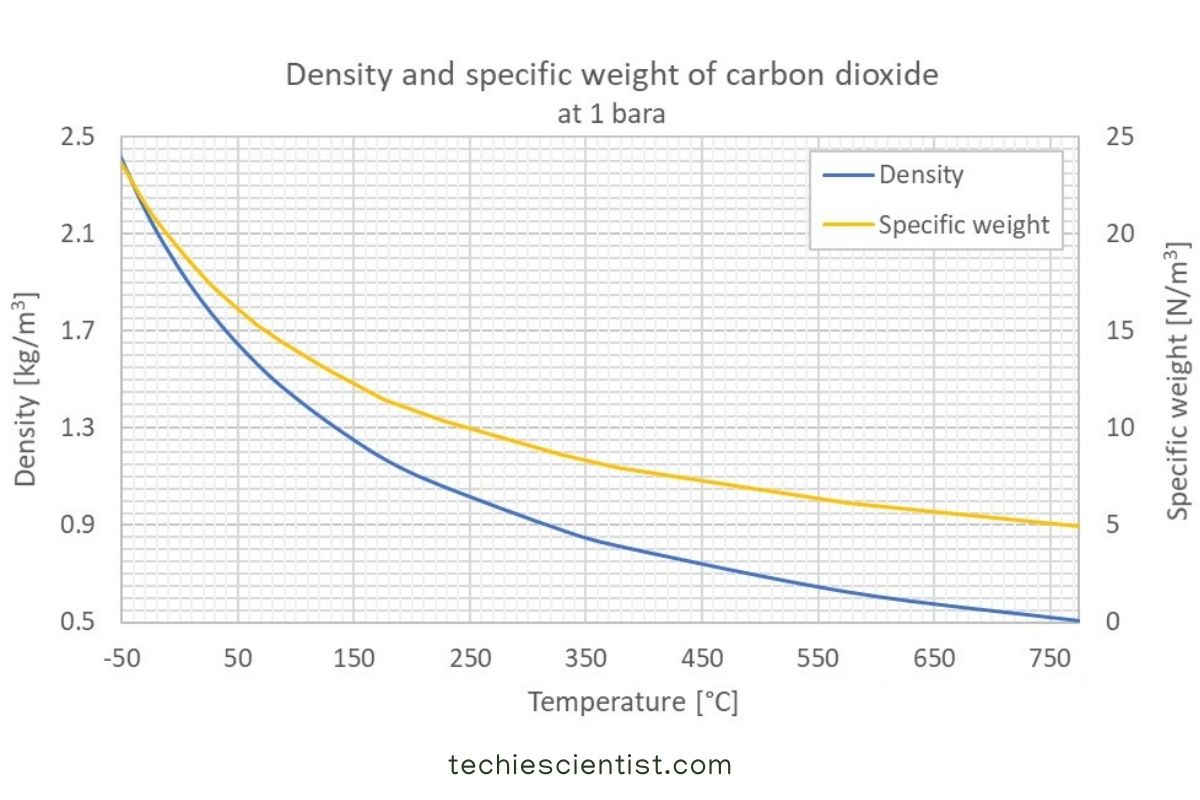 You would have conducted the candle experiment in school in which three candles of different sizes are placed in ascending order height and lit. Thereafter, the candles are covered with a glass container and it is observed which candle will blow last. What did you predict?

We have already discussed in the previous sections that carbon dioxide is heavier than air at room temperature.

In the candle experiment, the hot carbon dioxide coming out of the burning candles is lighter than the cold air surrounding the candles and forms the upper layer. Therefore, the shortest candles blow out last after all the air of the glass container is consumed. 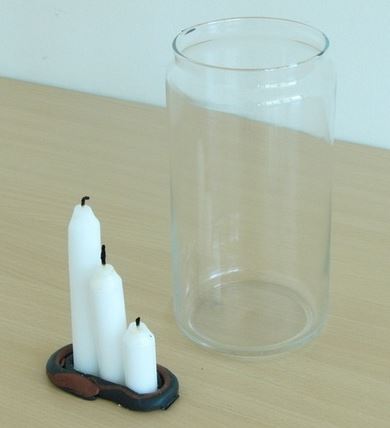 Question: Is CO2 heavier than water?

Answer: To answer this question we will have to calculate the molecular weight of water.

The molecular weight of carbon dioxide, as calculated in the earlier sections, is 44 indicating that CO2 is heavier than water.

Also, in the gas phase, the density of water vapors is around 0.76 Kg/m3 while that of carbon dioxide is around 1.61 in Kg/m3 validating that CO2 is heavier as well as denser than water.

Question: Is CO2 denser as a solid or liquid?

Answer: Specific amount of temperature and pressure is required to liquefy or solidify carbon dioxide.

Question: Is CO2 heavier than nitrogen?

Also, the density of nitrogen is 1.19 in Kg/m3 while that of carbon dioxide is 1.61 in Kg/m3 further indicating that CO2 is heavier and denser than N2.

Question: Which is the heaviest gas?

Answer: As mentioned in the table given earlier the density of radon is 9.40 in Kg/m3 and its atomic mass is 222 amu. Hence, radon is the heaviest gas.

Check out the below an interesting fun video indicating CO2 as heavier than air and sinking down into the empty bottle.

Under ideal conditions, CO2 should sink into the air. However, in the atmosphere, a homogeneous mixture of gases form air and due to continuous movement and collision of gas molecules, stratification does not occur.

Carbon dioxide is heavier than most other gases present in the atmosphere viz. oxygen, nitrogen, methane, water vapors, etc. However, argon is known to be the heaviest gas.

Is CO2 Organic or Inorganic?

Is CO2 Polar or Nonpolar?