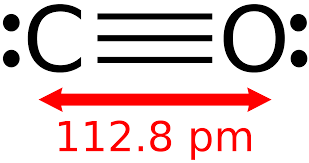 Carbon monoxide denoted by its chemical formula as CO is colorless, tasteless, and odorless gas present in the environment. This is produced in many ways like burning of wood, charcoal, gasoline. Many students may also have doubts about whether CO is polar or not. So, I will answer this question and also discuss the surrounding topics too.

So, Is CO Polar or Nonpolar? CO (Carbon monoxide) is polar in nature because of the difference in electronegativity of carbon (2.55) and oxygen (3.44) atoms. The carbon and oxygen atom have unequal charge distribution and therefore CO bond has a net dipole moment making CO a polar molecule.

Carbon monoxide is produced in ou environment through various means like the burning of wood, gasoline, charcoal, and other fuel.

It is itself a flammable gas by nature and inhaling Carbon monoxide gas of concentrations greater than 35 ppm can cause illness and other health problems too.

CO gas is slightly lesser dense than air. It is toxic to animals that carry hemoglobin in their blood because the CO molecules attach to the hemoglobin that carries oxygen.

The molecule of Carbon Monoxide consists of one carbon atom and one oxygen atom. The Carbon and Oxygen atoms are attached via a triple bond.

Out of three bonds, two of them are pi bonds and one is sigma bond. The bond length in the CO molecule is around 12 pm.

Carbon and oxygen atoms both constitute the 10 valence electrons. In the formation of a triple bond in CO molecule, 4 electrons come from oxygen and 2 electrons from the carbon atom.

As a result, in one bonding orbital two electrons are involved from oxygen atom that forms a dipolar bond.

In this way, polarisation occurs among carbon and oxygen atoms. The direction of dipole moment originates towards Carbon atom ie C←O. Unequal charge distribution occurs on both atoms of the molecule of carbon monoxide.

The polarity of molecules is dependent upon different factors that are discussed in the below topic. The atoms are held together through bonds. There are several types of bonds like ionic, metallic, covalent, and hydrogen.

The bonds that are strongest out of these and largely present among chemical compounds are ionic and covalent.

In a covalent bond, two atoms share the pair of electrons to stabilize each other and remain bonded with each other. This bond can be polar or nonpolar depending upon the atoms involved.

Whereas the bond in which unequal charge distribution exists on both atoms of a molecule are polar bond. This is mainly because of difference in their electronegativity.

More electronegative element has a partial negative charge on it and other gains slightly positive charge.

Why is CO a polar molecule?

And the other two covalent bonds form the polar bond with reverse polarisation ie; C→O direction.

These electronic exchange between carbon and oxygen atoms make the CO a polar molecule.

Electronegativity: if the atoms involved in a chemical bond have a difference in their electronegativity, the bond formed is polar in nature because more electronegative atom attracts the electron pair slightly towards itself and gains a partial negative charge.

Whereas the other atom gets a slightly positive charge on it. Greater the difference between the electronegativity of two atoms more is the polarity.

The dipole moment is the measure of the polarity of a molecule and mathematically, it is the product of the charge over atom and bond length.

Geometrical Structure: the molecules having a symmetrical geometrical structure have net dipole moment as zero because it is also possible that nonpolar molecules can also have polar bonds within it and due to symmetry, these dipole moments canceled out with each other resulting in a polar molecule.

The molecular geometry of Carbon monoxide is linear as it consists of only two atoms ie; carbon and oxygen atoms linked with a triple bond.

Here is the geometrical structure of a molecule of carbon monoxide shown below: 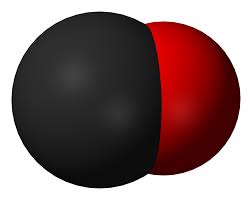 You can also check out the article written on CO lewis structure, Geometry, and Hybridization for better understanding.

The concentrated carbon monoxide continuous exposure can lead to serious illness to humans and animals because it attached to the hemoglobin in the blood which carries oxygen to different parts of the body.

Some of the few symptoms are as below

If you guys have any questions, you can ask them in the comment section. We will reach out to you as soon as possible.