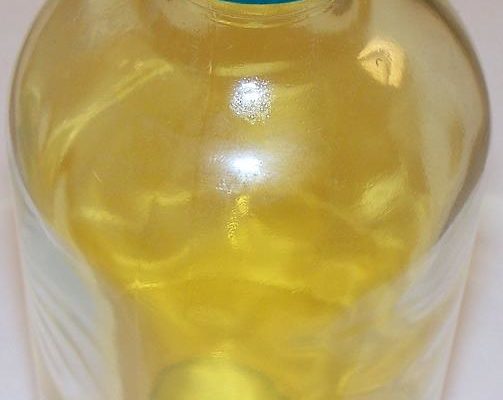 Chlorine is a chemical compound with the chemical formula Cl2. it is considered as a second lightest halogen. At room temperature, it exists as a pale yellowish-green gas. Many students may have a doubt regarding whether Cl2 is polar or not. In this article, we will discuss it and will also cover its properties and applications.

So, Is Cl2 Polar or Nonpolar? Cl2 (Chlorine) is nonpolar in nature because of its linear symmetrical shape and it consists of two chlorine atoms having equal electronegativity. As a result, both atoms have equal charge distribution on them, and the molecule results in zero dipole moment that makes the chlorine molecule nonpolar.

Chlorine is a highly reactive element and exists in the gaseous state at room temperature. It has its texture as greenish-yellow.

This compound is a strong oxidizing agent and has the highest electron affinity among other elements.

In the periodic table, the Chlorine element is placed at the grid in period 3 and group 17.

As it is highly reactive, it is present in the earth’s crust in the form of ionic chloride compounds. After fluorine, Chlorine is the second most abundant halogen present in nature.

Commercially, chlorine is extracted from the brine by the electrolysis process. It was first synthesized in the year 1630 but was not declared as an important element.

If we talk about the chemical composition of the chlorine molecule, it consists of two atoms of chlorine attached by a covalent bond.

Its molecular mass is calculated as

The electronegativity of the chlorine atom is 3.16.

Due to equal charge distribution on both atoms, there exists no polarity across the molecule.

Below is the image of the molecular structure (linear) of the Chlorine molecule. 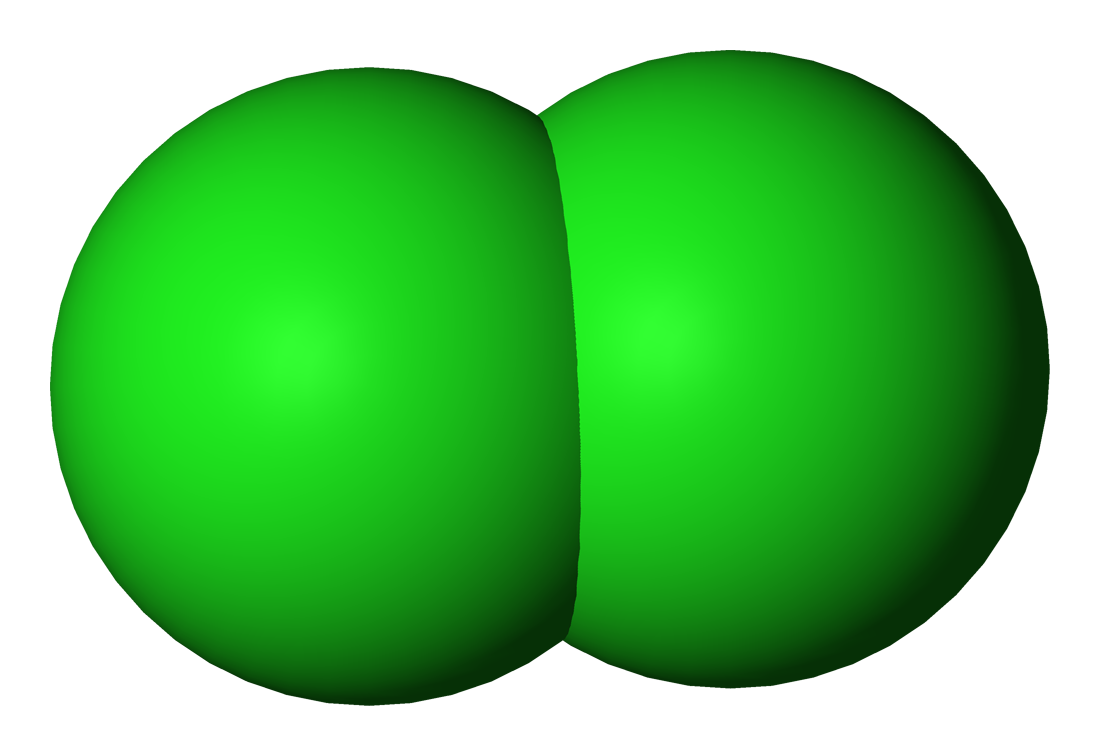 The molecules are held by interatomic forces like covalent, ionic, hydrogen bond, and metallic bond. Out of these, covalent and ionic bonds are the strongest.

The covalent bonds can be polar and nonpolar that depends upon various factors like electronegativity, geometrical shape, and dipole moment of the entire molecule.

Polar Molecules: The molecules that have some magnitude of net dipole moment (non zero) are known as a polar molecule. These molecules have unequal distribution of charges on its atoms.

The covalent bond formed between two atoms is said to be polar if both atoms share a different proportion of charge. Examples of such molecules are H2O, NH3. You can check out the reason for the polarity of NH3.

There exist two poles in a molecule ie; positive and negative.

Nonpolar Molecules: These are the molecules that have zero dipole moment. The atoms in such molecules have an equal distribution of charge.

The atoms combine covalently to form a nonpolar molecule if the atoms share an equal proportion of charge. There exist no two poles in such a molecule.

Examples of such molecules are CCl4, Br2. You can check out the reason for the non-polarity of Br2.

Why is Cl2 a Nonpolar Molecule?

The chlorine gas molecule consists of two chlorine atoms. Both atoms have equal electronegativity ie; both have equal influence on the bonded pair of electrons.

Electronegativity is the term that depicts the strength of an atom to attract the bonded pair of electrons towards it.

The chlorine molecule is a diatomic molecule and therefore linearly connected.

As a result, Both Cl atoms share the same amount of charge due to which no polarity rises across it.

And its dipole moment also turns out to be zero.

for better understanding, check out the video.

Factors that affect the polarity of a molecule

If two atoms forming a covalent bond differ in their electronegativity, the bond formed tends to be polar in nature.
Due to the difference between the electronegativity of both atoms, they have an unequal share of the charge.

The dipole moment of a molecule is the product of charges and distance between them. It is a vector quantity ie; it has magnitude as well as direction.

Note: It is necessary to keep in mind that a nonpolar molecule can have polar bonds within it but due to the symmetrical structure of the molecule, the polarity of those bonds gets canceled with each other.

The chlorine molecule is a diatomic molecule consisting of two chlorine atoms. Both atoms have equal electronegativity. It means both share an equal proportion of charge.

As a result, the molecule formed by two chlorine atoms is nonpolar.

So guys, if you have any questions regarding the non-polarity of Cl2. Ask them in the comment section. I will surely reach out to you as soon as possible.