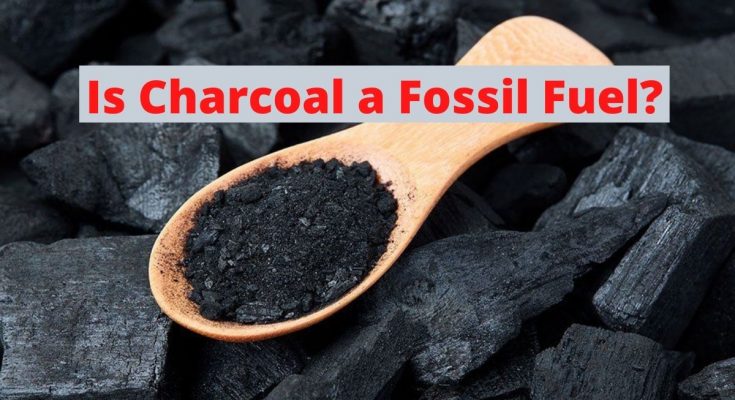 You might have seen charcoal burning in the fireplaces or maybe at a barbeque. But, do you what charcoal is?

Charcoal is a type of carbon residue which is produced by heating wood strongly under a limited supply of oxygen. It occurs as a lightweight black-colored solid.

Traditionally, charcoal is produced using the pyrolysis process, also known as charcoal burning. In the process, the organic material such as wood, plant, or animal material is heated in the charcoal kiln to get rid of water and volatile materials.

Now, you might wonder how and why it serves our requirements of fuel or what type of fuel is it.

If you have such a question popping in your mind, we are here with the answers.

Do read the article till the end.

So, Is Charcoal a fossil fuel?

No, charcoal is not a form of fossil fuel. Fossil fuels are the naturally occurring forms of fuel that are formed underground from the remains of dead plants and animals that remain buried for a long time under immense pressure. Fossil fuels are non-renewable sources of energy. Whereas, Charcoal is pyrolyzed wood that is obtained by heating wood with a minimal supply of air. It is a renewable source of energy. Hence, Charcoal cannot be considered a fossil fuel.

What are Fossil Fuels?

Fossil fuels are formed out of the remains of dead animals and plants that remain underground for a long duration under immense heat and pressure. Carbon and hydrogen form the main components of fossil fuels.

Ever since industrialization began in Europe fossil fuels have been used for running most of the machinery be it automobiles, industrial machinery, etc.

Charcoal is a black-colored, porous solid fuel that is odorless and tasteless. It is an amorphous form of carbon and has been used since earlier times as a fuel as well as for medicinal and artistic purposes.

As fuel charcoal is a cleaner option in comparison to wood which creates more pollution and leaves behind a larger amount of residues.

Different types of charcoal are known depending upon their source material. They are:

• Common Charcoal: As the name indicates it is the most common form of charcoal prepared from wood, coal, coconut shells, peat, etc.

• Lump Charcoal: It is the conventional type of charcoal that is made by heating hardwood at high temperatures.

• Sugar Charcoal: It is prepared by heating sugar under anaerobic conditions which results in the carbonization of sugar. It is purified using different processes to remove any kind of impurities.

• Activated Charcoal: This is specially produced for medicinal purposes. It is manufactured by heating common charcoal at high temperatures, almost 900 °C, in the presence of steam.

Activated charcoal is typically used to trap impurities due to its great adsorption capacity.

Although a number of substances are referred to as fossil fuels, majorly there are three types of fossil fuels known to occur:

The percentage of fundamental components differs in different varieties of coal. For example, anthracite has a higher percentage of carbon while lignite has a greater amount of oxygen and hydrogen.

Coal is formed by the plants and their remains, majorly dense forests of the low-lying wetlands that got buried in the earth’s surface millions of years ago. The process by which coal is formed is named coalification.

It is used as fuel in several industries, in thermal power plants, etc. Earlier, it was also used in steam engines.

• Petroleum: It is greenish to black-colored oily liquid. It is also sometimes called “Black Gold” owing to its variety of uses. Petroleum is a mixture of several compounds such as petrol, diesel, paraffin wax, lubricating oil, etc.

The mixture is separated into different compounds at the oil refineries through the process of fractional distillation.

Petroleum is formed from the remains of sea animals and plants that got buried and compressed in the deep sea. 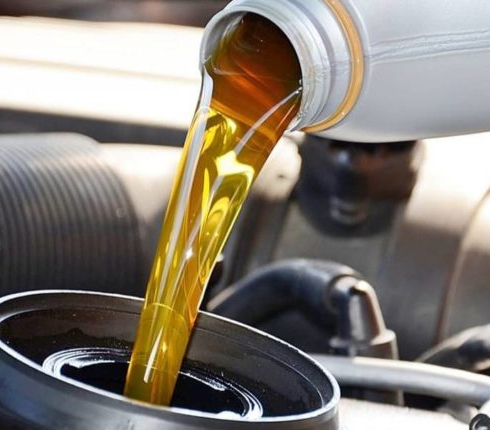 • Natural Gas: It is the cleanest, non-toxic form of fossil fuel. It is a colorless and odorless gas that is stored under high pressure as Compressed Natural Gas (CNG). It is a combination of methane with a few other gases.

It is comparatively economical and least polluting out of all the fossil fuels. It is formed from the zooplanktons and phytoplanktons that got buried at the bottom of the oceans.

It is used as kitchen fuel and also, in automobiles. It is also used for generating electricity and as initial material in fertilizers. 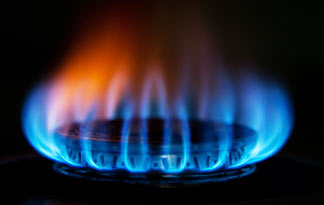 What Type of Fuel is Charcoal?

Charcoal is prepared by pyrolysis of wood and other organic materials i.e. heating them at high temperature under almost anaerobic conditions to form carbon and other chemical compounds.

It is a solid fuel as it occurs in a solid-state. It is majorly used as a domestic fuel for cooking and other purposes in many developing countries, and burnt in fireplaces or used for heating the barbeques in the developed countries.

Also, charcoal is a secondary fuel as it is produced from wood which is a primary fuel.

The burning of charcoal has severe adverse effects on the environment. It results in air pollution and may also lead to the accumulation of greenhouse gases in the atmosphere. However, it is still considered a cleaner fuel as it burns more efficiently and causes less pollution in comparison to the burning of wood.

Is Charcoal a Renewable Fuel?

As the name indicates renewable fuels are those that are obtained from raw materials that are renewable. These are usually made from waste products or residue materials.

Charcoal is also a renewable source produced by heating wood which is a renewable raw material. As wood is readily available, and fresh trees for wood can be regularly planted, it makes charcoal a renewable fuel.

Is Charcoal a Biomass Fuel?

Biomass fuels are those which are obtained from organic materials such as animal and plant residues, also known as biomass.

The word “bio” means related to life, biomass is the material obtained from some living organism. A few examples of biomass are wood, kitchen garbage, crops, manure, etc.

As charcoal is made from wood or similar kind of organic materials such as coconut shells, peat, etc., it is a type of biomass fuel. A few other types of biomass fuels are biogas, biodiesel, etc.

How is Charcoal Made?

Charcoal is mostly pure carbon and is usually formed as a product of incomplete combustion of wood.

The process is also known as pyrolysis in which wood logs, peat, or other similar organic materials are heated at high temperatures with an insufficient supply of oxygen. This results in the charring of wood resulting in the formation of black, porous, solid fuel termed charcoal. 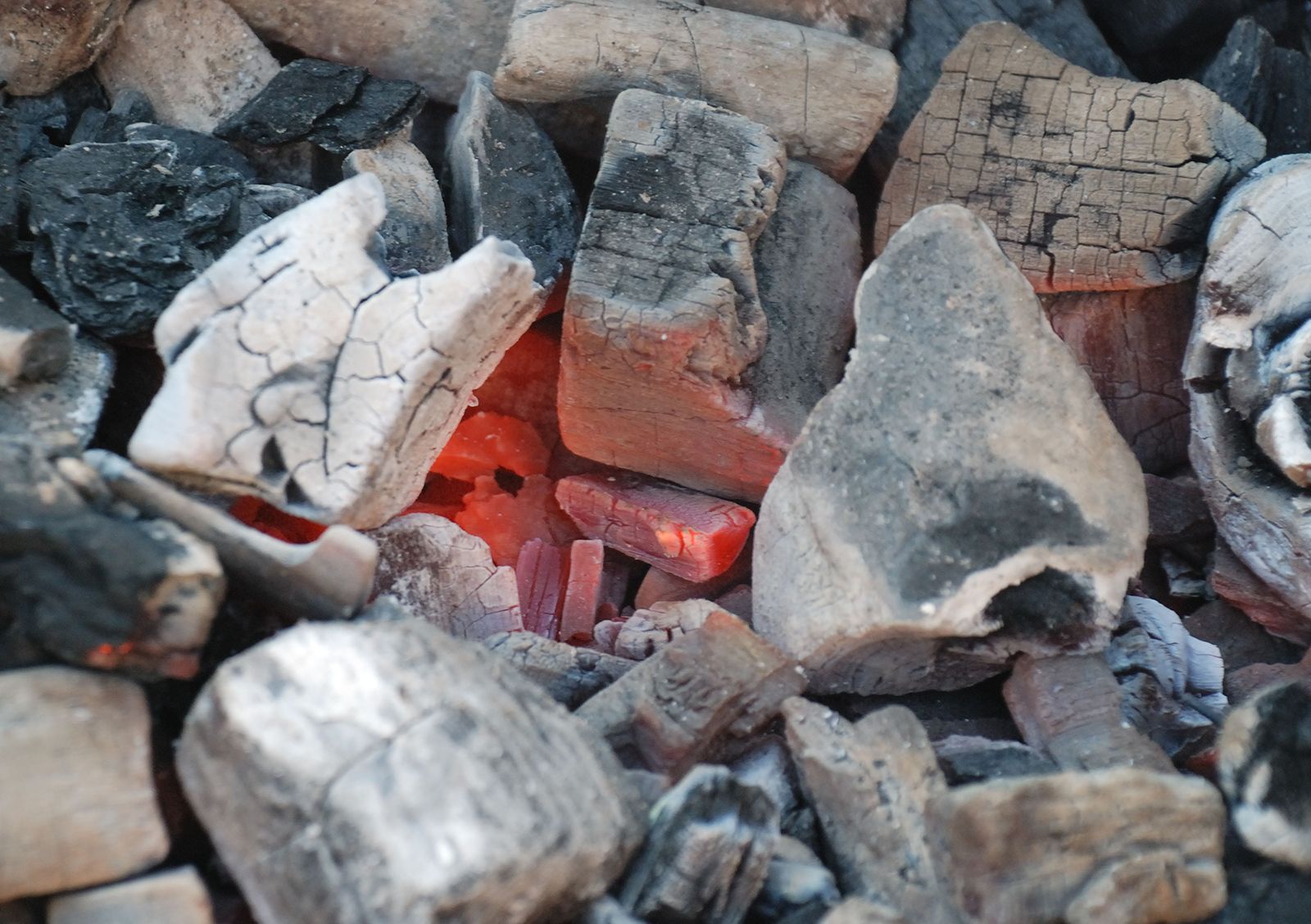 Another important form of charcoal, known as activated charcoal is prepared by heating charcoal in the presence of steam or purifying chemicals.

This process helps in the removal of impurities adhered to the surface of the charcoal and also helps break it into fine particles that have a greater surface area and hence, higher capacity of adsorption.

A few important properties of charcoal are listed below:

• It is a black-colored, porous solid fuel.

• It is odorless and tasteless.

• It has a low density and low mechanical strength.

• It has a good adsorption capacity.

• A few uses of charcoal are given below:

• Mainly charcoal is used as a fuel for cooking especially in developing countries or rural areas of developed countries.

• Activated charcoal is used for medicinal purposes, especially for the removal of toxins and harmful chemicals from the gut.

• Charcoal is also used as a natural water filter for removing impurities.

• Charcoal is also used for culinary purposes to add flavors to the food while cooking.

Is Paint a Colloid

Is Tap Water a Mixture

Charcoal is not a form of fossil fuel as it is not obtained from the fossils buried inside the earth’s surface under immense pressure.

Charcoal is produced by pyrolysis of wood i.e. heating wood in the absence of air, at high temperatures.