CH3Br or Bromomethane is a non-inflammable, colorless gas with no identifiable odor. Also identified as methyl bromide, methyl fume, and mono-bromomethane, it is a fabricated chemical compound that is manufactured biologically and industrially. The chemical has acute toxicity and is recognized as an Ozone-depleting chemical. If we talk about its polarity, students often have doubts about it.

In this article, we will study the polar nature of CH3Br.

So, is CH3Br polar or nonpolar? Ch3Br (Bromomethane) is a polar compound as the shape of the molecule is tetrahedral and bromine (2.96) has a higher electronegativity than carbon (2.55) that causes the high electron density towards the Bromine atom. As a result, the dipole moment originates towards bromine making CH3Br polar molecule.

Its molecular weight is 94.94 g/mol and is made up of Carbon, Hydrogen, and Bromine. Bromomethane has both natural and human sources of origin.

Approximately 56,000 tons of CH3Br is produced by marine organisms every year. Terrestrial flora also contributes to the production of bromomethane, noteworthy mentions include the Brassicaceae family.

In the past, it was extensively used in the form of pesticides, but it is no longer used in the agriculture industry due to its Ozone-depleting traits.

It is prepared by curing methanol with Br in the existence of Hydrogen sulfide and Sulfur. The ensuing chemical reaction is as follows:

Is CH3Br Polar or Non-Polar?

There is no binary answer to this question. Ch3Br or Bromomethane is slightly polar.

The reason behind this is the presence of a negative dipole in the Br molecule because it is the most electronegative element out of the complete structure.

If we try to contrast the electronegativity of Carbon is 2.55, Hydrogen is 2.20, and Bromine is 2.96, one would assume that all their underlying bonds are covalent and therefore non-polar, which would subsequently make the molecule non-polar.

Mathematically, a polar dipole in a compound is created by summing up the differences lying between the individual molecules.

There is a very small electron pull towards the epicenter of the molecule due to Hydrogen and Carbon. The relatively larger difference between Carbon and Bromine lends a greater impact and this pulls the electrons to Bromine, thereby creating a dipole that is slightly negative in nature.

Summing these up provides the absolute result of these effects, which is the creation of dipoles on the Hydrogen atom that are partially positive.

At 4 degrees Celsius, CH3Br has a low boiling point. The molecule also has feeble dipole moments. All this can be attributed to the very little polar charge the compound’s molecules possess.

All Chemical elements react with one another to come together and attain stability. In the process of attaining stability by populating their quota of missing electrons, they form compounds.

These chemical compounds come together by the formation of various types of bonds. Some of the different categories of bonds that we generally see are:

Hydrogen Bonds: Hydrogen bonds are formed by the electrostatic pull of attraction between an atom of Hydrogen which is bound covalently to an atom or group of greater electronegative property.

Hydrogen bonds are generally formed with second-tier elements such as Nitrogen, Fluorine, and Oxygen along with other atoms having high electronegativity.

Metallic Bonds: Metallic bonds are a product of the Electrostatic Attractive Force or ESF between metal ions having a positive charge and conduction electrons.

Ionic Bonds: When two atoms possessing opposite charges combine to form a molecule, the bond formed between them is called an Ionic Bond.

In this case, two differently(opposite) charged atoms come together to attain stability.

This type of bond is generally observed in cases where there is a noticeable difference in the electronegativities of the reacting atoms.

In the case of Ionic bonds, a complete transaction of electrons takes place.

Covalent Bonds: The bonds that are formed by the coming together of two or more atoms in an electron sharing transaction, to achieve stability are called Covalent Bonds.

A covalent bond can be single, double, and even triple, depending on the number of participating electrons. The formation of a covalent bond influences the density of an atom.

When atoms come together to form covalent bonds, the atom’s electron density changes.

When this happens, a partial or fragmentary ionic charge shoots up on one of the reacting atoms. Such cases occur more frequently in the case of compounds in which the underlying atoms have a greater difference of electronegativity.

For example, CH2Cl2 is also a similar example of a nonpolar molecule. You guys should also read out article on the polarity of CH2Cl2.

When the atoms participating in the formation of a covalent bond come together in a symmetric arrangement having an identical ionic charge on both the atoms, the resultant molecule is called a Non-Polar.

For example, O2, CO2 has a symmetric linear shape and is nonpolar in nature. You can also refer to the article polarity of CO2.

A non-polar molecule is formed when the electronegativity of all participant atoms is comparable and even the same.

Therefore, there is no higher or lower level of electronegativity in the bonds and thus, no bond can act as a pole.

Why is CH3Br Polar?

CH3Br is made up of 1 atom of Carbon, 3 atoms of Hydrogen, and 1 atom of Bromine. The single Carbon atoms feature in the center, with the remaining atoms surrounding it.

The CH3Br has a total of 14 valence electrons. Hydrogen remains outside, and since Carbon is less electronegative than Bromine, it remains in the center.

Bonds between Carbon and Hydrogen take up 2 of the 14 valence electrons each, leaving the remainder as follows:

Step 3: These remaining 6 valence electrons are adjusted along with Bromine, owing to its higher electronegativity.

It is due to this greater number of electrons in the case of Bromine, that the structure of CH3Br tends to be polar.

Role of Electronegativity in determining the Polarity of a Molecule

Electronegativity also plays a major role in determining the polarity of a compound. In the case of a polar bond, electrons tend to shift towards the atom with higher electronegativity.

The bond between the centrally present Carbon atom and Bromine, C-Br is polar because of the variation in electronegativity of Carbon and Bromine.

The stark difference in the electronegativity of Bromine and Carbon and Hydrogen is what causes the polar nature of CH3Br.

Role of Geometry in determining the Polarity of a Molecule 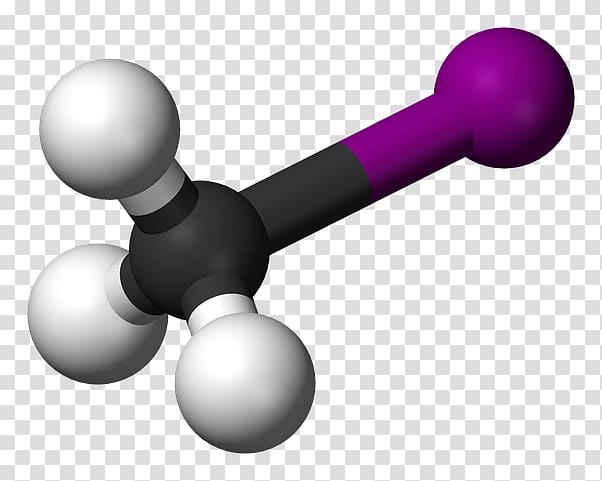 To determine the polarity of a compound, it is important to understand its geometry. A molecule’s shape is essential to determine the direction of each solitary bond dipole, which in turn governs its polarity.

A CH3Br molecule has a tetrahedral structure and it is quite like the structure of Methane (CH4).

The only difference is that in this case, one of the Hydrogen atoms gets replaced by an atom of Bromine.

The central Carbon atom has 4 regions of electrons around it, notably due to the presence of 3 atoms of Hydrogen and 1 atom of Bromine.

The structural composition of a CH3Br molecule can be viewed from the following diagram.

To conclude, a majority of Bromomethane’s physical properties and uses can be attributed to the difference in electronegativity exhibited by different elements in the atoms of a CH3Br molecule.

The compound is polar in nature and has a bent, tetrahedral structure due to the bent force exerted by the C-Br bond on the simpler C-H bonds.

Therefore, it is widely used to make solvents, chemicals, and pesticides. It is also highly potent and reactive in its natural gaseous form and is now limited in its use due to its hand in the depletion of the Ozone layer.