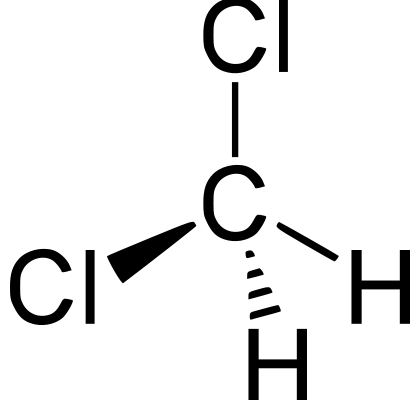 CH2Cl2 commonly known as dichloromethane or methylene chloride is a clear, colorless, volatile liquid with a slightly sweet odor. It is naturally obtained from volcanoes and macro algaes. Although not miscible with water but used as a solvent for many organic reactions. Many of the students have doubts regarding whether it is polar or nonpolar. In this article, we will study it with its fundamental reasons.

So, Is CH2Cl2 polar or nonpolar? CH2Cl2 is a polar molecule due to its tetrahedral geometrical shape and difference between the electronegativity of Carbon, Hydrogen and Chlorine atoms. This develops a dipole moment across C-Cl and C-H bonds and the entire molecule results in a  net 1.67 D dipole moment.

Methyl Chloride is majorly produced by the emission through industries. It is produced by treating methane with chlorine at a high temperature of 400–500 °C.

Below are the chemical reactions that take place in the production of CH2Cl2.

Contents show
What are Polar and Nonpolar Molecules?
Important terms of Chemistry
Key points to check the polarity of a compound
Why is CH2Cl2 a Polar molecule?
Applications of dichloromethane
Side effects of CH2Cl2
Precautions to handle CH2Cl2
Conclusion

In order to determine and distinguish the polar or nonpolar nature of a molecule, there are below few key points in the subtopic that we will discuss.

First, let us have a brief idea about the polar and nonpolar molecules.

Polar Molecules: The molecules that have atoms sharing an unequal proportion of shared bonded electrons. This indicates that atoms differ in their electronegativity.

Higher electronegative atom attracts the shared bonded electrons slightly towards its side and gains a partial negative charge and other atom gains partial positive charge.

This difference in electronegativity generates a net dipole moment across the bond and makes it a polar.

If we talk about molecular geometry, it is generally seen that the shape of polar molecules is symmetrical or distorted.

Few examples of polar molecules are HBr, SO2, etc. You can check out the reason for the polarity of HBr.

Therefore the atom with more electronegativity has a higher density of electrons around it and other atoms have lower electron density.

The degree of polarity varies from element to element, some elements are minimally polar whereas some are very strong polar in nature

Nonpolar Molecules: The molecules in which atoms share an equal proportion of shared bonded electron are nonpolar molecules.

No opposite poles generate in such atoms. The shape of such molecules is symmetrical.

It is possible that a nonpolar molecule has polar bonds within it but due to symmetric shape, the dipoles of such polar bonds get canceled by each other.

It means nonpolar molecules are formed when atoms share a polar bond arrangement in such a way that electric charges between them cancel out each other.

Few examples of nonpolar molecules are XeF2, CO2, etc. You can check out the reason for the non-polarity of XeF2.

All the inert gases and homonuclear diatomic molecules are nonpolar.

To identify the polarity and non-polarity of the compounds it is advisable to revise basic chemistry terminology like electronegativity, dipole moment, geometry, and shape of the molecule that will give more clarity.

This provides a more clear idea about the electronic configuration across the atoms in a molecule.

The more strongly an atom has an influence on the electrons, the larger is the value of its electronegativity.

Electrons in a polar bond are shifted nearer to the atom with more electronegativity.

As a result, higher electronegative atom gains a partial negative charge. Greater the difference in electronegativity, more polarized is the electron distribution across the molecule.

As per the periodic table, the electronegativity of the element increases from left to right and decreases down a group.

Dipole moment: Second important factor to measure the polarity of a chemical bond between two atoms in a molecule is a dipole moment.

It measures the separation of negative and positive charges in a system.

Mathematically, the dipole moment of a molecule can also be termed as the product of the magnitude of the charge on atoms and the distance between the centers of them.

The shape of the molecule: Another factor that determines the polarity is the shape of a molecule. The polarity or non-polarity of a complex molecule depends upon the overall center of overlapping positive and negative charges.

If a molecule is completely symmetric, then the dipole moment on each molecule will cancel out and make the molecule nonpolar. 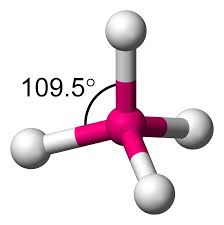 Key points to check the polarity of a compound

Why is CH2Cl2 a Polar molecule?

Side effects of CH2Cl2

In nutshell we found that CH2Cl2 is polar because of the following reasons:–

Overexposure to it causes cancer, coughing, wheezing, shortness of breath and inhalation can lead to headaches, mental confusion, nausea, vomiting, dizziness, and fatigue.