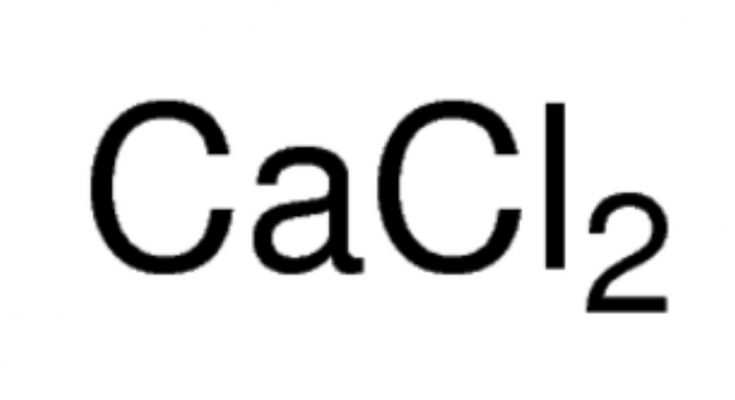 Calcium chloride is crystalline in nature and can be easily dissolved in water. It is hygroscopic in nature and hence, used in the desiccators for drying chemicals.

Calcium chloride produces free calcium ions i.e., the aqua complex of calcium ion and chloride ion by dissolving themselves in water as follows

This reaction results in an appreciable increase in temperature i.e., exothermic reaction, and hence, dissolution of calcium chloride in water has a high enthalpy of solvation.

So, is CaCl2 Ionic or Covalent? CaCl2 is an ionic compound owing to the large electronegativity difference between the calcium atom and chlorine atom, which is greater than 2.0.

In calcium chloride, the calcium atom donates its two electrons and become cation whereas each chlorine atom gain one electron, donated by Calcium, and get a negative charge.

Now, the calcium cation and the chlorine anions are attracted by the electrostatic force of attraction and hence, there is the formation of an ionic bond between these two atoms.

Let us start the discussion of the ionic nature of calcium chloride in depth.

Let us initiate this discussion with the basics of chemical bonds i.e., Ionic and Covalent Bond. 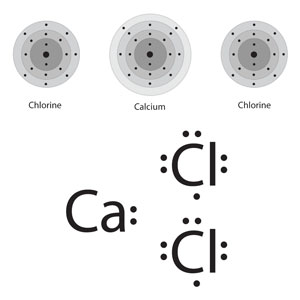 The chemical bond is the force of attraction between the atoms of the molecule, which brings atoms together in their chemical structure.

When an atom forms a chemical bond, it tends to achieve the nearest noble gas configuration.

The chemical bond is formed by the participation of only valence electrons, electrons of the outermost shell, of the atom.

There are two types of chemical bonds based on their formation.

Hence, a covalent bond may be polar or nonpolar.

In covalent bonding, the ionization energy of the atom is very high that it cannot donate its electron or electron pair.

The ionic bond is the chemical bond between metal and nonmetal.

As metals have low ionization energy and hence, they can easily transfer their electron to another atom. Nonmetals easily accept these electrons owing to their high electron gain enthalpy or electron affinity.

Hence, ionic bond results when there is transferring of electron (s) either from one atom to another atom or from metal to nonmetal.

As there is the formation of cations and anion, there will be the electrostatic force of attraction between them.

The formation of calcium chloride can be explained by the Born Haber cycle.

Let us understand the formation of calcium chloride in detail.

The calcium chloride compound consists of one calcium atom and two chlorine atoms. As we know that the calcium atom belongs to group 2 of the modern periodic table and hence, it is a metal.

Whereas the chlorine atom belongs to group 17 of the modern periodic table and therefore, it is a nonmetal.

Metals have very low ionization energy (I.E.) and hence, the calcium atom will lose its electron easily. It is a two-step process i.e., loss of one electron per step.

As calcium is a white crystalline solid and hence, the first step would be the conversion of solid calcium to gaseous calcium atom by providing sublimation energy (ΔHsub) because metals can donate their electrons only in gaseous form.

Let us explain this controversy.

The ground state electronic configuration of the calcium atom is [Ar] 4s2. Here, we need to provide a large amount of energy for the extraction of an electron from the 4s subshell as it is a filled subshell.

After the removal of an electron, the electronic configuration of the unipositive calcium ion becomes [Ar] 4s1.

Now, it is easy to remove an electron by providing a small amount of energy because it will achieve a stable noble has configuration i.e., the Argon atom.

Now, one calcium ion will combine with two chlorine ions, and hence, ionic bond formation takes place between them by releasing energy. This energy is known as Lattice Energy (U) and its value depends upon the strength of the Ionic bond.

How do we get to know that calcium chloride is an Ionic compound? 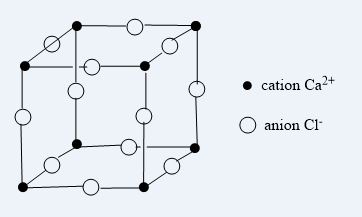 Differentiation between Ionic and Covalent bond

The ionic and covalent bonds can be differentiated on the basis of the electronegativity difference of the bond between atoms.

How Calcium Chloride is an Ionic compound?

In the case of the calcium chloride compound (CaCl2),

The electronegativity value of the calcium atom = 1.0

The electronegativity value of the chlorine atom = 3.16

The electronegativity difference of the Ca-Cl bond = 2.16

Calcium chloride is highly soluble in water owing to its ionic nature.

Here, we have discussed the ionic nature of calcium chloride.

The calcium ion and chlorine ion attract each other via electrostatic force of attraction and an ionic bond formation takes place between them by releasing energy in the form of Lattice energy.

Hope you enjoyed the article.