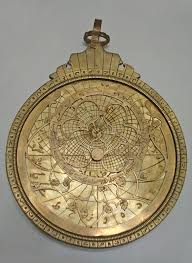 Brass is a common alloy of Copper (Cu) and Zinc (Zn), mixed in the desired proportion, which may vary according to the mechanical and electrical properties required. The expanse Copper can vary from 53%-94% by weight and zinc from 6%-47%. Materials such as lead, manganese, aluminum, etc. can also be added in very small amounts to Brass for improving the overall machinability and other properties of the amalgam.

Contents show
Magnetism and Magnetic Materials
Magnetism in Brass
Diamagnetic nature of Brass
Why do we observe the magnetic field if brass is not a magnetic material?
Brass vs Bronze
Properties of Brass
Conclusion

An object that can produce its own magnetic field is called a magnetic material. Magnetism depends on the motion of electrons and their interaction with each other.

The magnetic behavior of materials can be broadly classified into five categories, which are dependent on how the material responds to the magnetic field. The five different types of magnetic materials are:

Paramagnetic: These materials are attracted to magnets only to a limited extent, i.e. the attraction of paramagnetic materials to a magnet is not very strong.

Their relative permeability is slightly greater than one. For example aluminum, magnesium, etc.

Diamagnetic: When a magnet acts repulsively towards a material, then such material is known as diamagnetic material.

Their relative permeability is slightly less than one. For example zinc, copper, wood, bismuth, etc.

Ferromagnetic: Materials that are strongly drawn towards the magnets are termed as ferromagnetic.

Their relative permeability is of the order of several hundred to several thousand. For example iron, nickel, cobalt, steel, etc.

Magnetism in any material is created by the mobility of electrons. In common fixed magnets, the alignment of electrons is adjusted so that they can draw ferromagnetic materials towards themselves.

Apart from the alignment of electrons, an electric current can also be used to create a magnet.

There are several short science experiments that effectively help to create a small magnet and even determine whether or not a given material can be magnetized.

One such experiment is performed as described below:

In the case of Brass, however, if we perform the same experiment, the brass material will not turn into a magnet. This proves that brass is not a magnetic material.

Nevertheless, a slight magnetic field may be observed.

Brass is an alloy of Copper and Zinc, and its diamagnetic nature is also attributed to its component metals.

Both copper and zinc have completely filled the d-orbital, with each electron paired with another electron.

As a result, there is a sharing of electron orbital and the net spin in each orbital is zero.

This net-zero spin leads to diamagnetism in both the metals-copper and zinc.

Now, since brass is made up of copper and zinc and no other major metals or non-metals are present, hence the electronic properties ascribed by the two metals (Cu and Zn) only.

As a result, brass also has an electronic arrangement that leads to an overall zero spin, ensuring a diamagnetic confirmation for the alloy – brass. 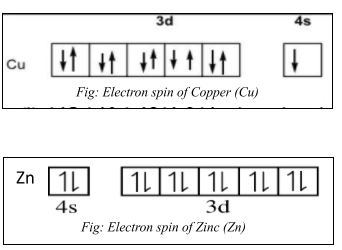 Why do we observe the magnetic field if brass is not a magnetic material?

In general, Brass shows signs of diamagnetism like its constituents, when placed in a magnetic field.

So, two relatively weak magnetic lines of force are developed due to the rotational and revolutionary motion of electrons in the field.

The lines of force so established are equal in magnitude and opposite in direction. As a result, they cancel out, leaving behind a net zero magnetic force.

Permanent magnetic dipoles are absent in such diamagnetic substances.

So, we can say that Brass does react with magnets placed around it, because the action of the magnet around brass substances causes an electric field to develop as well, due to the movement of electrons.

Although, if removed from this magnetic field, Brass loses all the slight magnetic interactions that it experienced and does not retain any magnetic properties.

Conclusively, brass is not a magnetic material because it has no ability to retain any magnetic properties, despite reacting slightly with a magnet.

By virtue of its properties, and components, Brass is a perfectly diamagnetic material. 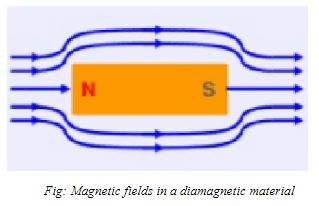 In appearance to the common eye, Brass and Bronze may give the impression that they are the same. However, they differ from each other on a number of factors, as listed below: 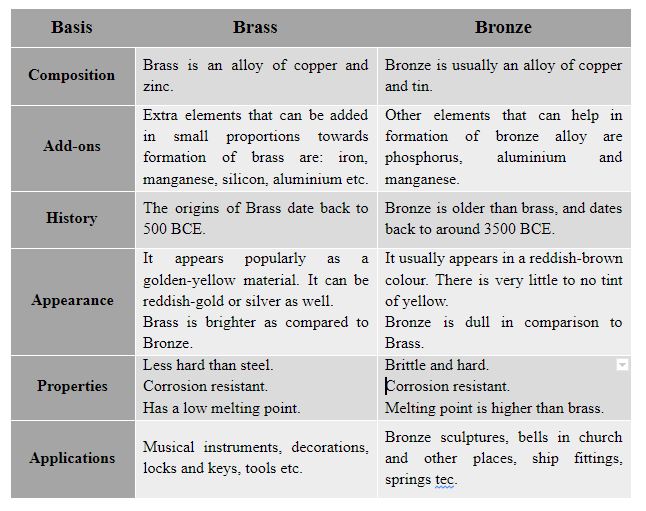 Brass is a well-known and sincerely popular alloy of copper and zinc. It has a great history that dates back to 500 BCE and since then its use and properties have been studied rigorously.

The proportion of zinc, copper, and other elements in the alloy and the behavior of brass in the presence of a magnet, lead to the deduction that brass is not a magnetic material.

Though it can interact with the magnetic field, it still does not retain any properties on the removal of the field. Various experiments prove that brass cannot be made into a permanent magnet by interaction with electrons or magnetic fields.

The various properties of brass make it a suitable alloy for a number of applications such as making decorations, musical instruments, valves, gears, and even fittings around explosives.