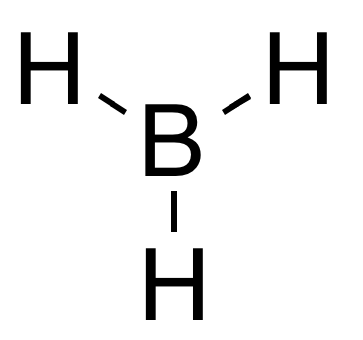 Trihydridoboron is a chemical compound having chemical formula BH3. It is highly reactive ie; unstable substance. It exists as a colorless gas. It is also known by the name borane. Many students may have doubts regarding whether BH3 is polar or not. In this article, I will answer this and will cover its applications and properties.

So, Is BH3 Polar or Nonpolar? BH3 (Borane) is a nonpolar substance because of the symmetrical trigonal planar geometry. The electronegativity of Boron(2.04) and Hydrogen(2.20) atoms is nearly the same due to which the B-H bond is almost nonpolar. Also due to symmetric shape, the possibility of the polarity of B-H bonds cancels out by each other resulting in a nonpolar molecule.

Trihydridoboron exists as a colorless gas. It is an unstable compound and highly reactive in nature. It is unstable because of the incomplete octet of the boron atom in the entire molecule.

It can be understood by looking at the valence electrons of Boron atom. The number of electrons in the outermost shell of Boron is 3 and that of hydrogen is 1.

The Boron and hydrogen covalently bond ie; share electrons of each other. And boron atom gains extra three electrons from hydrogen atoms and fills 6 electrons in its outermost shell ie; fails to complete its octet. 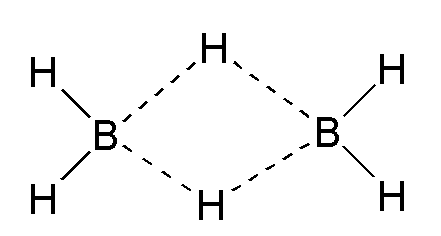 If we talk about the chemical composition and position of atoms, it consists of 3 hydrogen atoms and 1 boron atom as explained above,

Boron atom is the central atom surrounded by the 2 hydrogen atoms placed at three trigonal corners. The bond angle of H-B-H is 120 degrees.

Therefore, the geometrical shape of the BH3 is trigonal planar.

B-H bond is almost nonpolar. But if we consider it to be slightly polar then the polarity of all 3 B-H bonds cancels out with each other due to symmetric shape.

To determine whether a molecule is polar or not, it is important to check the type of bond forces that binds the molecule.

The interatomic forces hold the molecule of a substance. Ionic, covalent, metallic bonds, hydrogen bonding, and many others are the various types of bond forces that keep the molecule bound.

Among all ionic and covalent bonds are the strongest. Covalent bonds can be polar and nonpolar depending upon a few parameters of the molecule.

Polar Molecule: the molecules are said to be polar in nature if its dipole value turns out to be non zero. These molecules do not have an overall equal charge distribution on its atoms.

Two atoms form a polar covalent bond if they both differ in their electronegativity. Higher electronegative atom attracts the bonded electron pair slightly more towards its side.

As a result higher electronegative atom gains a partial negative charge and other atom gains partial positive charge. This generates two poles (positive and negative) across a molecule.

Few examples of such molecules are IF5, Methanol. You can check out the reason for the polarity of Methanol.

Two atoms that form a nonpolar covalent bond have equal electronegativity. No poles are generated in these molecules.

Examples of these molecules are CCl4, PCl5. You can check out the reason for the non-polarity of PCl5.

Why is BH3 a Nonpolar Molecule?

Trihydridoboron falls under the umbrella of nonpolar molecules because of its symmetric (trigonal planar) shape.

Let us discuss in brief.

The BH3 molecule has 1 boron and 3 hydrogen atoms. Boron is the central atom and has 3 electrons in its outermost shell surrounded by three hydrogen atoms.

The single covalent bond between Boron and hydrogen (B-H) is formed. All three B-H bonds make an angle of 120 degrees with each other.

The electronegativity difference between Boron and Hydrogen is small (0.16 units), therefore the B-H bond is slightly polar.

The polarity of all B-H bonds gets canceled out by each other because of the symmetric shape of the BH3 molecule.

And the dipole moment of BH3 turns out to be 0 D.

The polarity of a molecule is determined by factors like electronegativity of atoms, the geometrical shape of molecule, and dipole moment.

If there is an appreciable difference between the electronegativity of two atoms forming a covalent bond, the polarity in such a molecule rises.

Higher electronegative atom attracts the bonded electron pair slightly more towards its side and gains a partial negative charge whereas the other atom gets a relative positive charge.

In this way, positive and negative poles are created in such molecules. The polarity of a molecule is directly proportional to the difference between the electronegativity of its atoms.

Mathematically, it is the product of the charges and distance between the centers of a negative and positive charge.

The nonpolar molecules always have 0 dipole moment. It is denoted by D and its SI unit is Debye.

The molecules that are symmetric in shape tend to be nonpolar in nature whereas asymmetrically shaped molecules are polar.

Similarly, being symmetric, BH3 is a nonpolar molecule.

Trihydridoboron consists of 3 hydrogens and 1 boron atoms. The lewis structure of a molecule is also known as the electron dot structure that depicts the electronic configuration of molecules.

The lewis structure of BH3 is similar to that of BCl3, BF3, and other Bromo halides.

Borime atoms do not complete its octet. It has 6 electrons in its outermost shell.

For the lewis structure of Bh3, there exist only 6 valence electrons.

Three bonds formed ie; B-H lies in a single plane with an angle of 120 degrees o each other. The bond length of the B-H is around 119 pm.

Below is the geometrical structure of the Trihydridoboron (BH3) molecule. 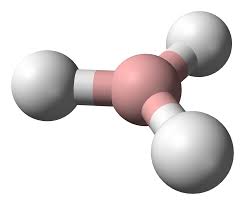 Borane gas molecule consists of a single boron atom surrounded by three hydrogen atoms. The three bonds formed in the trigonal planar shape, as a result, form a symmetrical geometry.

The difference between the electronegativity of boron and hydrogen atom is small. As a result, the B-H bond is slightly polar.

The polarity of B-H bonds gets canceled out by each other due to the symmetric shape of the molecule.

As a result, the overall dipole moment of the BH3 molecule turns out to be zero.

Due to these reasons, BH3 is nonpolar.

So guys, if you have any doubts regarding the same, you can ask them in the comment section. We will reach out to you as soon as possible.