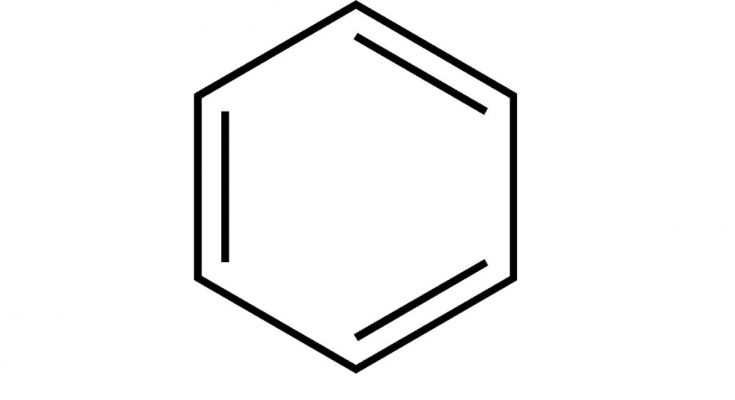 Chemists endorse Benzene as their favorite compound. It has a unique diamond structure that makes it stand out. Benzene is a chemical compound consisting of 6 carbon atoms joined by alternating single and double chemical bonds. It is an important industrial solvent and precursor to many materials.

Benzene is a colorless, flammable liquid with a slight aromatic odor. The solubility of benzene with water is questionable.

So, is Benzene soluble in water? Benzene is insoluble in water in normal conditions. The primary reason for the insolubility of benzene in water is that it is a nonpolar compound. This means that the intermolecular bonds between the carbon atoms of the benzene molecule are highly covalent. The electrons of each bond are shared equally between each of the two carbon atoms involved in the bond.

Contents show
Why Benzene is insoluble in water?
How does benzene behave in water?
Can we make benzene water soluble?
Effect of high pressure on benzene-water reaction
Properties of Benzene
Structure
Physical Properties
Chemical Properties
Interesting facts about Benzene
Conclusion

Why Benzene is insoluble in water?

Various scientific theories and experiments justify the insoluble nature of benzene in water. Here are some prominent ones:

The carbon and hydrogen atoms in benzene are equidistant from each other, and this feature balances out the positive and negative charge.

The dipole moment cancels out because of the ring structure of Benzene. Mixing charged water and uncharged benzene make them immiscible.

Reason 2: Benzene has 6 carbon electrons. Each electron can attract the surrounding electrons.

According to the modern bonding model: the structure and stability of benzene molecules in terms of their electrons being shared by the atoms of the ring is a result of a phenomenon known as delocalization.

This delocalization results in a stronger electron bond. This makes benzene less reactive than expected for an unsaturated hydrocarbon.

If the solubility of two liquids is similar (up to 15%), they will only dissolve in each other.

However, the solubility parameters of benzene and water have a huge difference.

Thus, they won’t be able to mix under normal conditions. 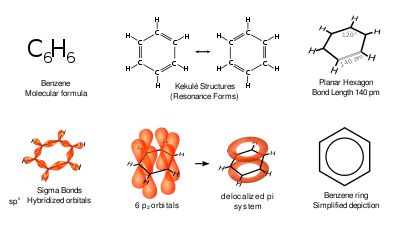 How does benzene behave in water?

Benzene evaporates quickly, and the vapors can sink into low-lying areas.

There is extremely slight solubility of benzene in water at 15 °C. The concentration of this molecule in a liquid depends on the atomic number and the temperature.

The concentration of benzene in water is highest at 20 °C and lowest at 0 °C (at STP and RTP).

At these temperatures, much of the benzene molecule is broken down into smaller amounts of inactive compounds, leaving behind the more potent hydrocarbons.

The majority of benzene is not broken down except after prolonged exposure to air or heated water.

If you mix benzene and water, the benzene will remain on the surface of the water and will appear to have no mixing.

For detailed information on benzene structure, you can read out the article on the lewis structure of Benzene.

Can we make benzene water soluble?

The solubility of benzene largely depends on temperature. Benzene dissolves in water at a rate proportional to the temperature.

However, benzene can be made soluble in water by increasing the temperature beyond 80 °C. An increase in temperature increases the density of Benzene.

Dispersal occurs at extreme temperatures and greater pressures where such interactions are expected. 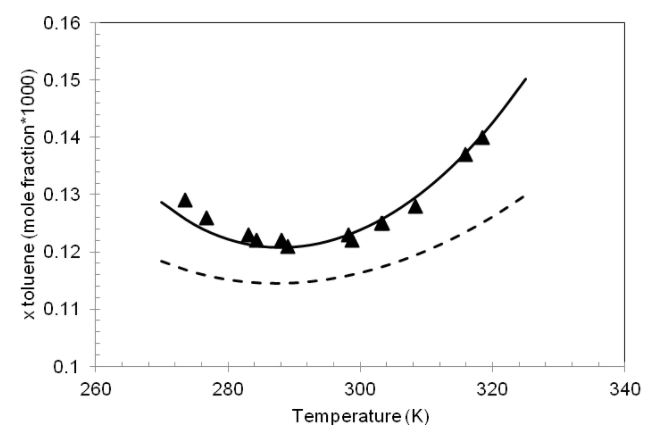 As per the above discussion, it is possible to solvate hydrophobic compounds such as benzene in solution by changing physical conditions.

1. The solubility of benzene molecules in a water-benzene mixture is increased by increasing temperature and pressure in two different supercritical regions, the first at 573 K and 324 bar and the second at 673 K.

The self-diffusion coefficient decreases substantially linearly with an increase in pressure.

4. The increase in the benzene-benzene separation due to higher pressure results in larger values ​​of the gyration radius. It is an indication of the breakdown of benzene molecules.

5. The pressure radically modifies the benzene structure by reducing the benzene ability to effectively stabilize the molecular structure through the solvophobic effect.

1. Benzene is an aromatic hydrocarbon.

The molecular formula of benzene, C6H6 demonstrates a high degree of unsaturation. It is a stable molecule that forms a triozonide.

It is an indication of the presence of three double bonds.

2. Benzene can only form a single monosubstituted derivative. It indicates all the six-carbon and hydrogen atoms of benzene are identical.

4. The dotted ring inside the benzene structure represents its hybrid property.

5. All the six carbons of Benzene are Sp2 hybridized. The overlapping of single-bonded and double-bonded carbon orbitals form 6 C-C bonds. The remaining bonds form a pi bond in two alternative ways.

The same order length of the single and double bond is responsible for the resisting force of benzene towards additional reaction under optimum conditions.

4. Immiscible with water readily soluble in organic solvents Burn with a sooty flame

1. The first time benzene was isolated was in 1825 when British scientist Michael Faraday investigated illuminating gases.

2. Benzene is processed from the hydrodealkylation of toluene, catalytic reforming of naptha, or from toluene disproportionation.

3. 97% of benzene produced is used in other chemicals. Most of it is used to produce ethylbenzene, cumene, cyclohexane, nitrobenzene, and alkylbenzene.

4. Intense benzene exposure can cause severe damage to a person’s bone marrow. For example, it can leave them unable to produce enough red blood cells.

Benzene is a colorless liquid with a harsh smell. It is flammable and toxic. It is used as raw material for making dyes, detergents, explosives, and plastics. It is insoluble in water. It dissolves in other solvents like ether, acetone, etc.

When these two are mixed, the attraction between them is so strong that benzene cannot interfere with the water bonds.