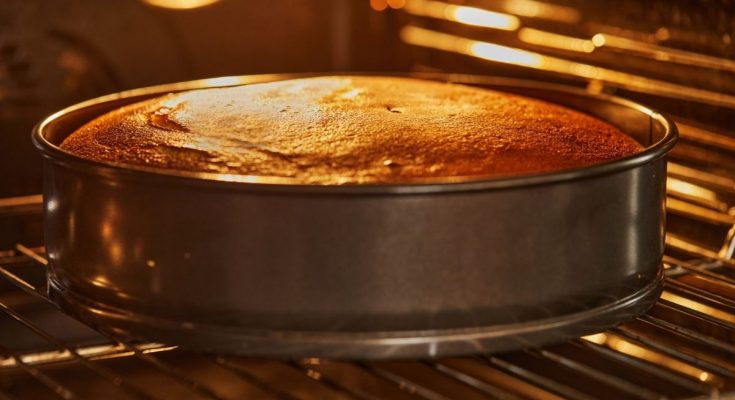 Everyone loves cakes and thanks to the easy availability of ingredients these days almost everyone bakes them at home now.

Usually, the main ingredients of a cake are refined flour, butter, flavor, sugar, egg, milk, and baking powder that are combined together in a definite quantity to make this yummy piece of dessert.

But, while enjoying your delicious meal have you ever thought about how did these different not-so-tasty ingredients turned into the cake, or do they go through a chemical change to get this tasty??

A chemical change is said to occur when the atoms or molecules of two or more substances rearrange themselves to form an entirely new substance.

While baking a cake, the initial batter mix is a flowing mixture that does not really have a great taste. However, after the cake has been prepared this mixture changes into a spongy solid substance that has a delicious taste.

Why is the Baking Cake a Chemical Change?

The chemical reactions play a very important role in the functioning of the natural world as they help us understand the properties and composition of any substance.

They are also responsible for the formation of new substances in the world. There are certain parameters that tell us whether a change taking place is a chemical change or not.

Let us analyze a few of those parameters in reference to the baking of a cake.

• A chemical change requires a change in the temperature during the process i.e. it always involves the absorption or release of heat energy.

We all know that you have to place the raw batter into the heated oven to transform it into a cake. So, this involves absorption of heat by the batter.

• Another change involved in a chemical reaction is the odor. Usually, a particular type of smell accompanies a chemical change.

Visit your mother’s kitchen when she is baking a cake and you will notice the luscious aroma that fills the kitchen.

• The third change is the release of gases. What do you think makes that flowing batter solidify and rise to form a fluffy cake?

It is the release of carbon dioxide due to the reaction of baking soda or baking powder added in the cake batter which gives the cake its texture that is why these are known as leavening agents.

• Most important of all is that every chemical change is permanent or irreversible in nature i.e. once the changes have taken place you cannot undo them.

Well, not unless you start another chemical reaction. Like you cannot reform milk, flour, or sugar after baking the cake.

Also, the sugar added as a sweetener to the cake undergoes the Maillard reaction when heated at a high temperature which is a chemical reaction between proteins, amino acids, and reducing sugars. This is responsible for the golden-brown color of the cake.

Considering all the above points we can clearly say that baking a cake is an irreversible process that involves the formation of entirely new substance from raw ingredients. Therefore, it is a chemical change.

What is meant by Chemical Change?

As discussed earlier, the chemical change involves the rearrangement of the constituent particles viz. atoms or molecules, of the primary substances or the reactants.

This rearrangement results in changing the physical such as smell, texture, etc. as well as chemical properties like the molecular composition of these substances.

All these changes are irreversible in nature. For example, when you have prepared a cake you cannot change it back into its basic ingredients.

A few other examples of chemical changes that happen every day around us are cooking, burning, rotting, rusting, etc.

Is Baking a Cake a Physical Change?

No, baking a cake is not a physical change.

The physical change only involves a change in the form of a substance or rearrangement of its atoms or molecules in such a manner that it does not cause any change in its chemical properties.

The basic composition of the substance remains the same in a physical process and no new substance is formed.

The physical changes are reversible in nature i.e. it is possible to retrieve the original components.

When a cake is baked, the chemical composition of the ingredients changes completely, this means that the different molecules have combined to form an entirely new type of molecule.

This is due to the reaction that occurs during the baking process as a result of which a fluffy cake is formed out of a running batter. It is an irreversible process.

Therefore, it is clear that none of the conditions of a physical change are fulfilled by the process of baking a cake. Hence, it cannot be considered a physical process.

Why is Baking a Cake not an example of Physical Change?

A physical change may involve the change in the form of a substance but does not affect its chemical structure i.e. neither old bonds are broken nor new bonds are formed.

This means that the chemical identity of the product is the same as that of the reactants.

Also, the properties of the reactants, as well as products, remain more or less similar. In the case of baking a cake, the reaction involved changes the chemical composition of the ingredients indicating that it is not a physical change.

In addition, the physical changes are not permanent i.e. the final product formed can always be broken to form its basic constituents.

However, after a cake has been baked you cannot transform it back into the batter mixture as it is a permanent change that cannot be reversed. This confirms that baking cake is not a physical process but a chemical change.

Another type of physical change is phase changes that involve transforming a substance from one form of matter to another like when water changes its form from ice to liquid and then to vapor, only the form or appearance of water changes but its chemical composition remains constant. 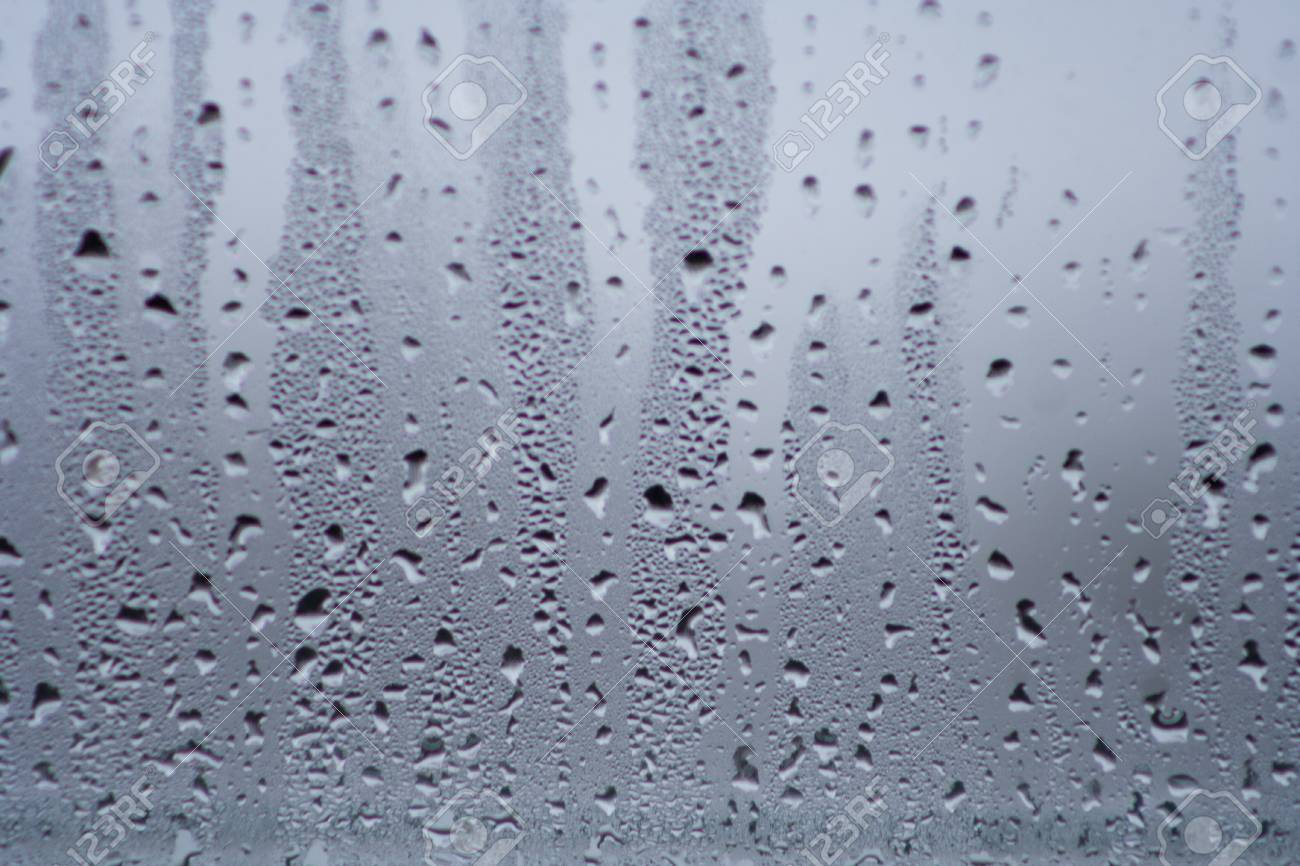 We have been discussing physical and chemical changes throughout this article and by now have learned a lot about them.

In this section let us try to understand the difference between these two types of changes. Some of the important differences are given below:

• A physical change may involve the rearrangement of molecules but the overall composition of the substance remains the same i.e. no new substance is formed.

For example, if you tear a paper into several pieces it would still remain a paper and do not lose its original identity.

On the other hand, a chemical change involves the formation of an entirely new substance by the rearrangement of atoms or molecules.

Must Read: Is burning paper a chemical change

• The physical change is temporary in nature i.e. given certain conditions the changes can be reverted.

• The physical change only involves the change in the physical properties of the substances that take part in the process, such as size, shape, etc.

However, in the chemical change, both the physical as well as chemical properties of the substance are altered.

• There is minimal consumption of energy in physical changes while the chemical changes usually involve a large amount of energy which may be absorbed or released depending upon the nature of the reaction.

• The physical changes do not result in the production of energy, though the energy is produced in different forms in a chemical change like heat, sound, light, etc.

• Some of the examples of physical changes are dissolving salt in water, melting of ice, making of alloys, etc.

A few examples of chemical changes are baking a cake, rusting of iron, burning of fuels, etc.

Baking a cake is a chemical change that involves the reaction of different ingredients mixed in the running cake batter to form a solid, fluffy cake.

It is a chemical change as it is an irreversible process and also, as it involves absorption of heat, the release of gas, change in odor, and the Maillard reaction of sugar.

The chemical change is the rearrangement of constituent particles viz. atoms and molecules of the reacting substances to form a new type of molecule that differs from its constituent substances in its physical as well as chemical properties.